Hey all, welcome back for the third and fourth installments (oops) of the 40k Hamateur Hour, continuing along with a total amateur through the process of getting his first painted army together for Nova 2019. I’m Dan, better known as FromTheShire on dead comedy forums, and let’s see what I managed to get done since two weeks ago.

When we last left our intrepid idiot

In a bit of perfect foreshadowing, I ended my previous post asking if having a bunch of upcoming events and obligations would torpedo my hobby progress and plans for the next week, and while I’m no math scientist, I have my suspicions based on this post being two weeks later. This is more or less where I was sitting, with the goals of kitbashing Dante, assembling the Catachan characters, and priming/ hopefully basecoating what I had done so far.

Time management is for suckers

I find that clearly best and healthiest way to approach your hobbying for the week is to procrastinate most weekday nights, then spend most of your weekend hunched over your models desperately trying to catch up to where you think you should be, so I quickly swung into inaction for most of week 3. There’s nothing to worry about though, because it’s Memorial Day weekend, so there’s 3 entire days free to get an absolute ton of stuff accomplished. The only possible way there could be a hitch in this plan is if you were to have, oh I don’t know, say work you had to do on Saturday, then a joint birthday party for some friends where you were up until 2 AM drinking, then spent Sunday morning dealing with the ensuing recovery because you’re not 21 anymore you dingus, and then headed directly to a BBQ until late at night, leaving you only Monday for your ancient corpse to get shit done.

So Monday morning rolls around, and I have done virtually nothing in the past week due to unforeseeable circumstances. This actually turned out to be a fairly productive day, assembling the Catachan characters and Dante, and beginning work on the Lieutenant, along with doing some final mold line removal and the like.

Not a lot of impressive result at the end of the day, but at least it was progress, and I was back on track to prime Tuesday evening and post my week 3 update. The night rolls around, and I sat down at my spray booth ready and raring to go. Power is good, pressure is holding, primer is prepped, let’s really get this project rolling! I pull the trigger on my airbrush and………..nothing. Stone cold nothing, not oh there’s a clog or reduced pressure or something where you can hear it trying, dead silence. Well that’s new. Maybe I didn’t clean it as well as I thought and there’s crap around the needle, let’s just pull that out and see if we have air then. Mmmmmm, nope! There’s obviously air as far as the quick connect, so it has to be the brush, outstanding. Before you ask, OF COURSE I don’t have truly appropriate tools, but I’ve done mechanical work for years, I’ll just be careful and this will all be fine.

I really wanted something like a rubber band to cushion this while I did it, but naturally there were none to be found. I gently eased everything apart to reveal….. 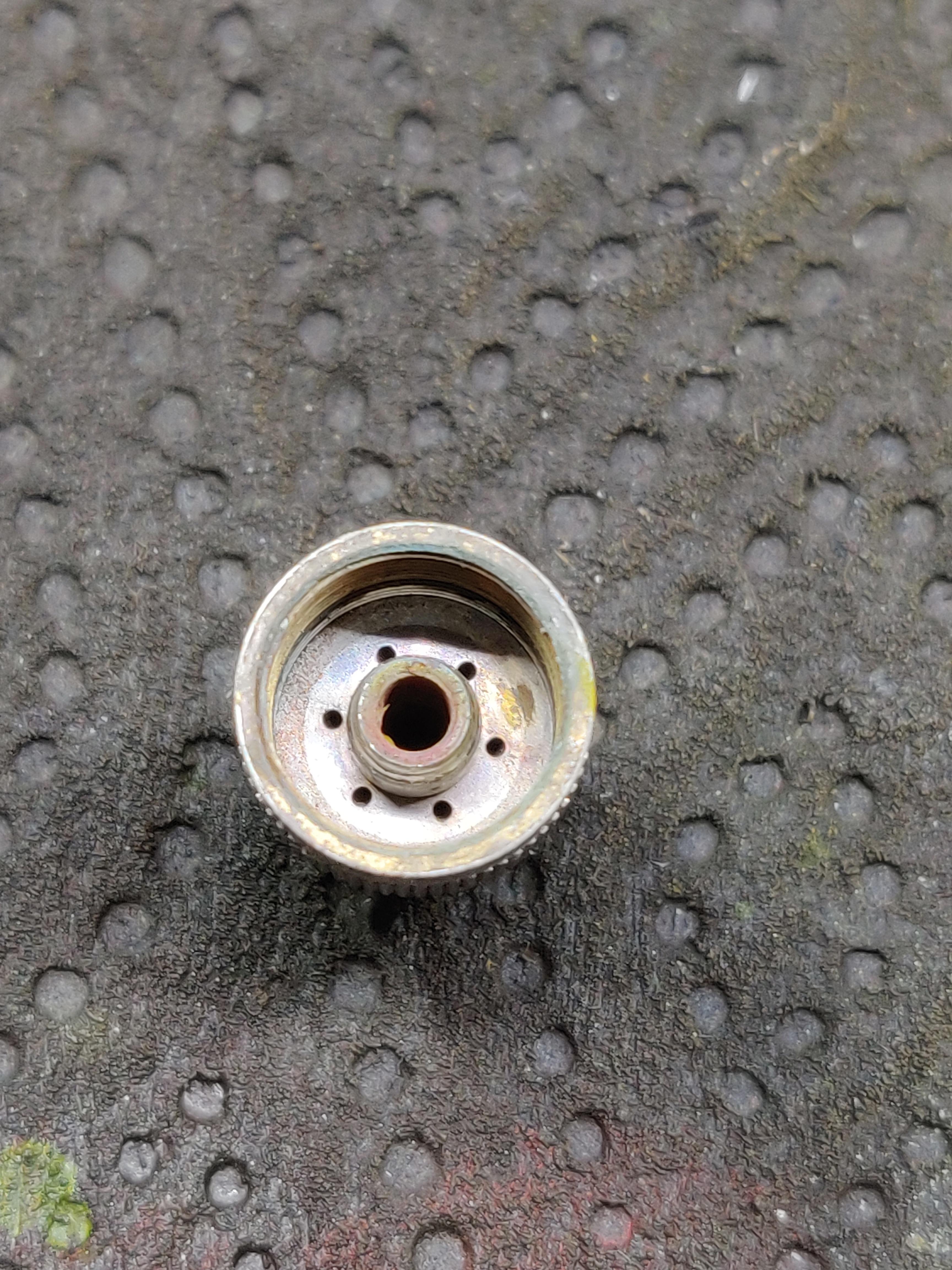 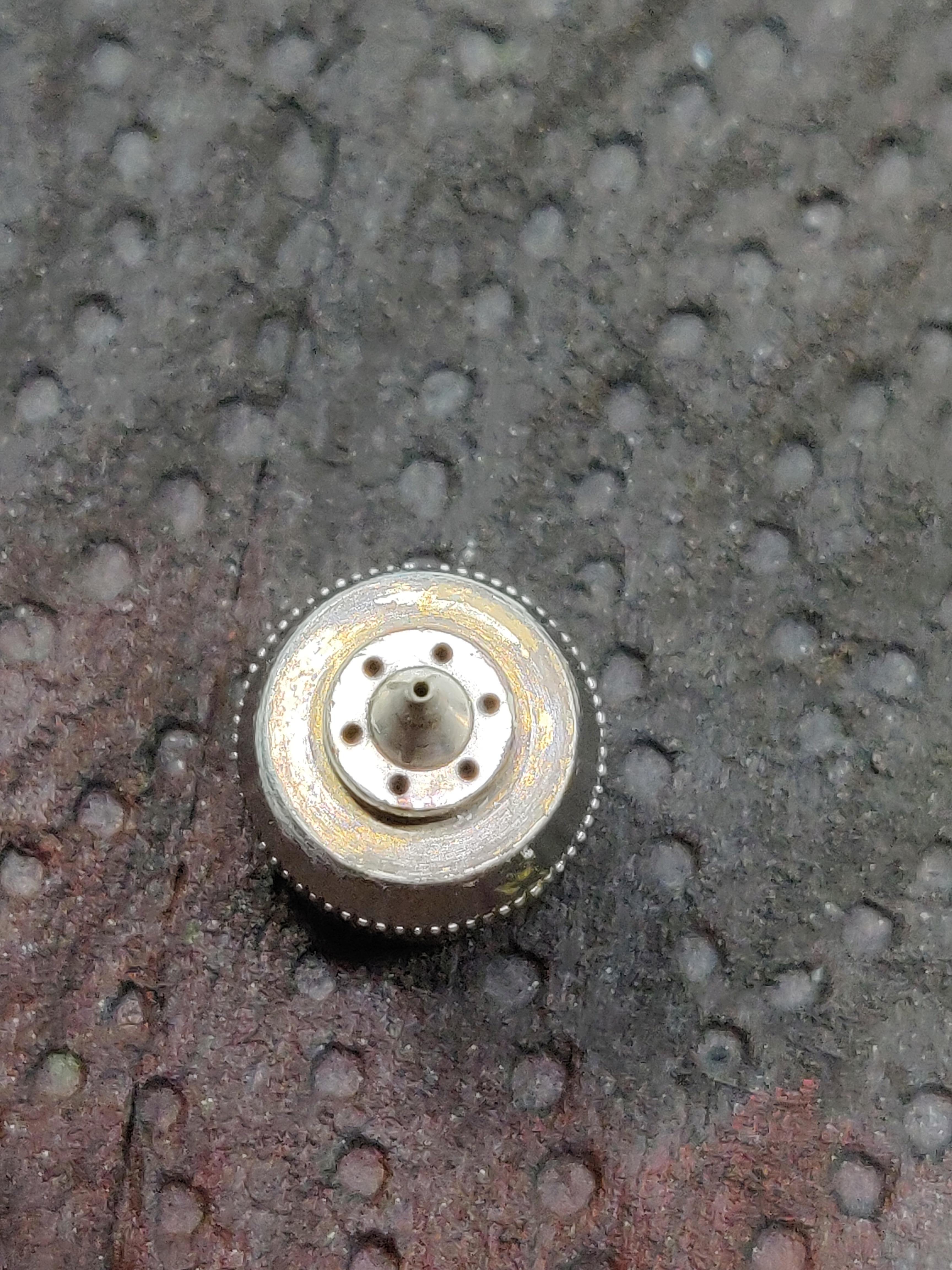 A little bit of buildup, but nothing that should be stopping air flow? I tested putting both pieces back on one at a time as I had air flow without them and found that now I had no problem. I didn’t tweak anything, didn’t clean anything….literally just took it apart and put it back together and problem solved. As long as I had everything back to finger tight, I cleaned it anyways but I didn’t have any more issues. Maybe the trigger wasn’t seated right initially, or maybe it was ghosts, I have no idea. Either way, ended the evening much later than I intended but with some primed models.

The week got busy after that and there were some migration issues with goonhammer, so by the time I was ready to post, I decided it was better to just do a big combined post rather than one on Friday and then the beginning of the next week.

Week 4: The Revenge of Time Management

In what some have termed a “pattern,” I again didn’t do much during the week and had a day long thing going on Saturday, so Sunday was the bulk of my hobbying. This was again a pretty productive one, priming the rest of what I had assembled, and working on the Lieutenant, Contemptor, and Leviathan.

After another small dose of posting issues Sunday, I got another evening’s worth of progress in, and it’s finally starting to look like something is actually happening. The goal for this week is to do the airbrush highlights on this lot, glaze, and then varnish so I can do an oil wash. Check back Sunday to see what goes wrong next! Will it be the wash eating through the varnish somehow and screwing fades up? Will gap filling the Leviathan go horribly wrong resulting in some new form of terrible Insta-Cancer? Or will it be something else, beyond your wildest dreams?! Only one way to find out! 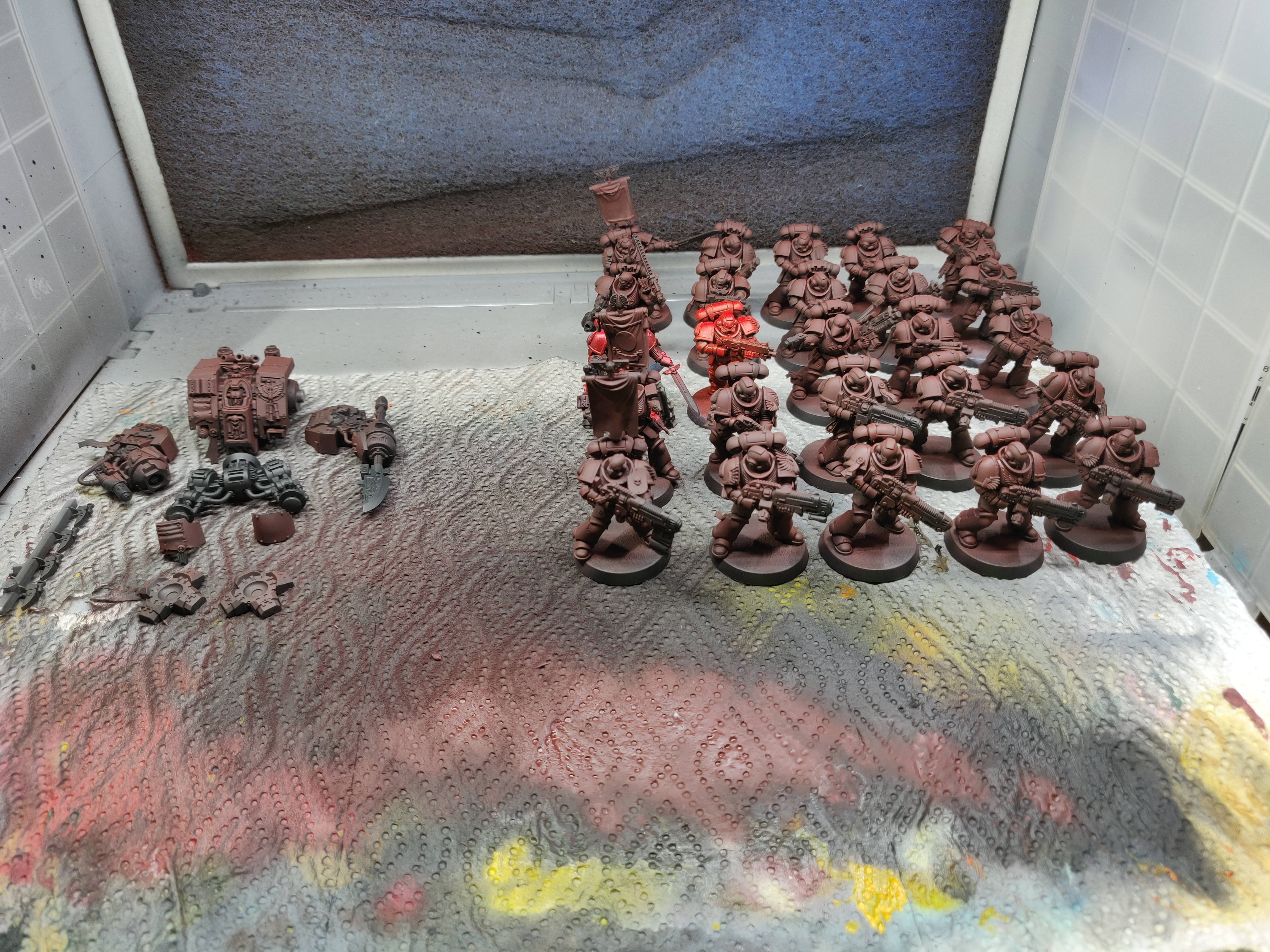 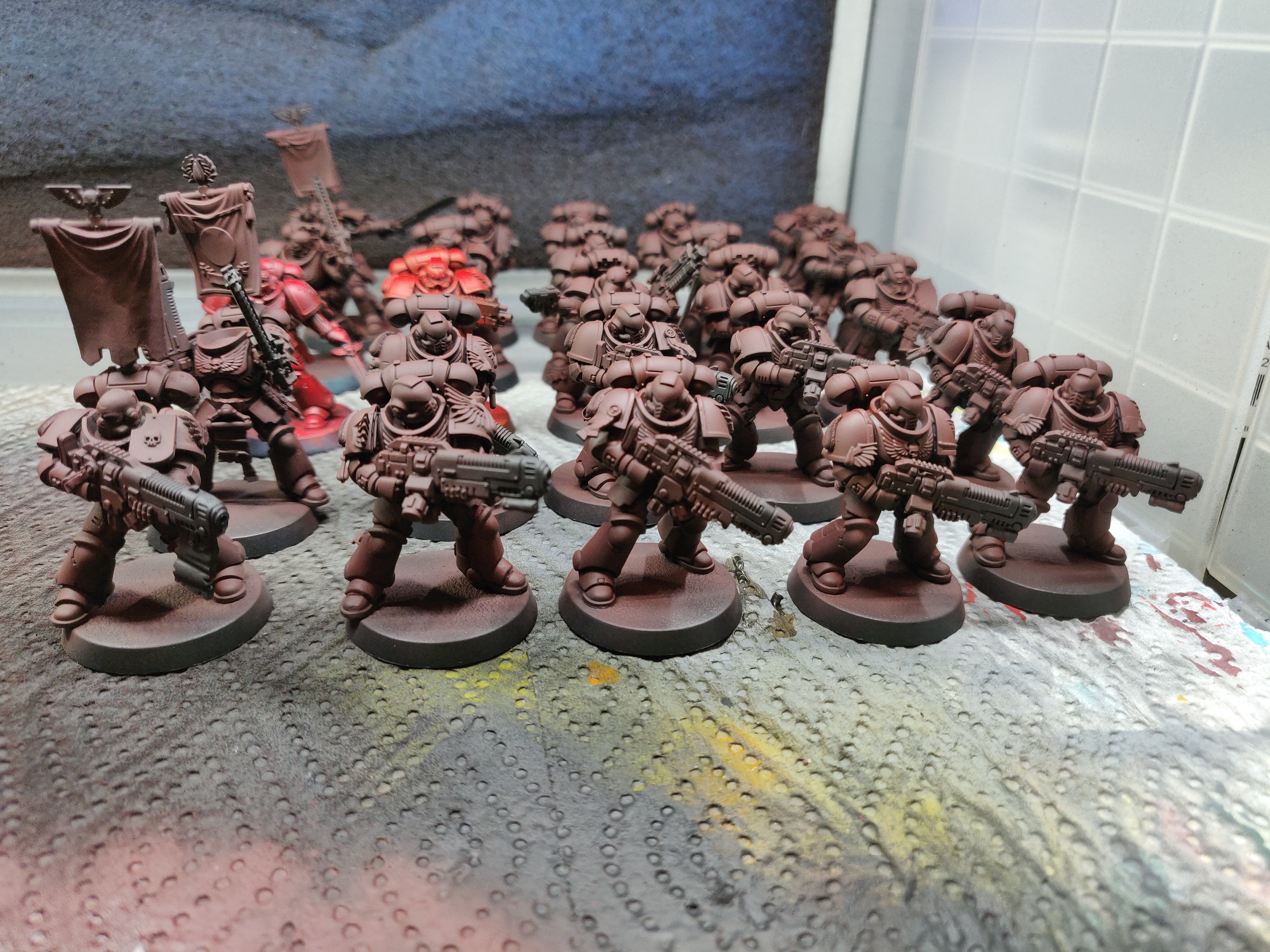