The Best Remote Boardgames (for the remote-averse) – Turn Order 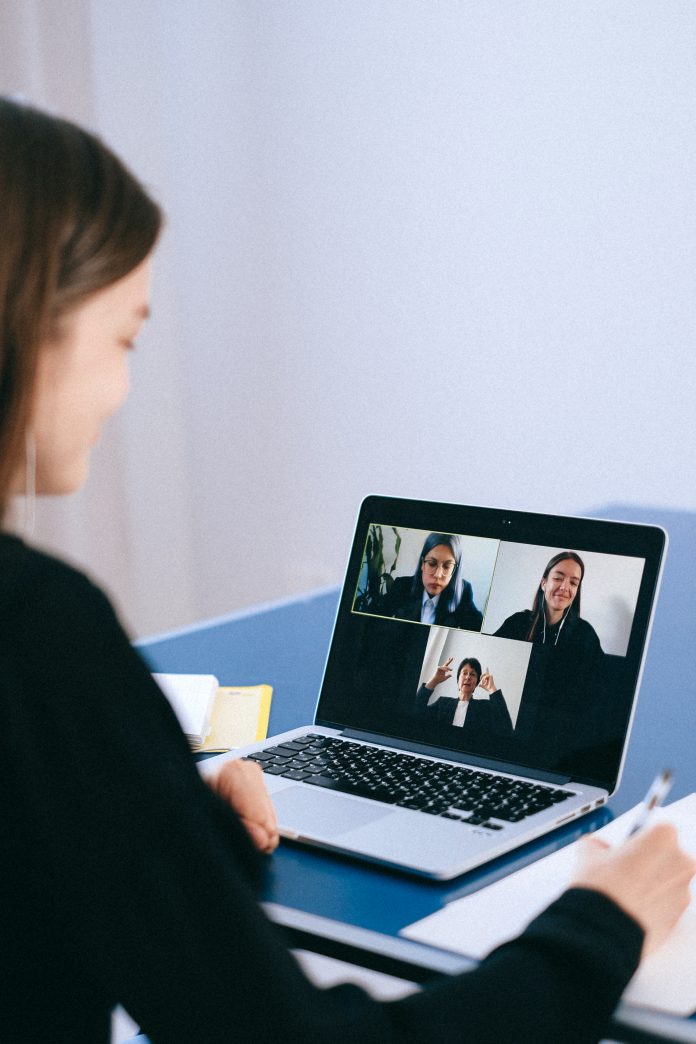 When I wrote about hitting the remote wall after playing online board games with friends and strangers during Our Pandemic Timeline, I found that I wasn’t alone in my boardgame burnout.

When players are not in the same room at the same table, distraction is baked-in and focus erodes considerably. We all play while the rest of our life swirls around us, and stare at tabs and screens while trying to keep a single gaming thought in our heads for at least one session, or even just one turn.

Another remote boardgaming bugaboo: digital versions are stripped down to the barest mechanics. But in doing so they leave out everything else – including the social moments deemed “non-essential” that players share at the table. Because of this remote gaming has winnowed away in profound ways the spontaneous table talk and crystal-clear game state cognition and the feeling of being in the moment and connected with others over a synchronized, shared experience.

Despite this attrition I still play remote boardgames and they still spark joy. I just have to dig deeper and curate my game choices more carefully.

Across two years and 400+ play sessions sampling 150+ different games on Board Game Arena, my digital remote game favorites share similar mechanics that are virtually “remote-proof” for the remote-weary:

Luck. Lots of dice and lots of cards. Blind deck draws. Cursed die results. Huge point swings. Good remote boardgames swim in unmitigated luck. Because being cursed or blessed with luck gives your game the element of gasp-out-loud surprise, and leads to lots of vocal and visceral responses it at the table.

Take That. Whether you’re the death dealer or the punchline of a cruel card or surprise attack, games that lean into in-game aggression usually produce moments of fun and funny self-owns and self-groans.

Player Elimination. The threat and surprise of being knocked out of the game by Luck, or Take That, adds another dimension. The uncertainty of a jack in the box. Games with a big Battle Royale energy are powered by a frisson that keeps everyone on their toes for the entire game.

Party Rockin’. With generous dollops of luck and take that to keep table talk lively, games that aren’t traditional party games (think Pictionary or Codenames) still feel like festive party animals. And many of my digital remote favorites are “the more the merrier,” with player counts as high as 8 players in some cases.

Short and Sweet. Brevity is the soul of remote board games. Games that are quick to learn and quick to play. Games short enough for multiple plays. Games quick enough to assuage the feelings you’ll catch when snakebit by luck or the victim of a Take That ambush. Games brisk enough to surf through these wild luck swings and lessen those purgatorial wait times if you are blown out of the “eliminated player” airlock.

As we enter another cautious Covid winter I’m sharing my recommended boardgames (all found via Board Game Arena) for the best remote, online, real-time sessions. They can’t replace the warm fuzzies of an in-person, game-on-the-actual-table experience. But with the magical mechanics I highlighted above, these games all get closer to hitting that wonderful, in-the-moment, in-person sweet spot. 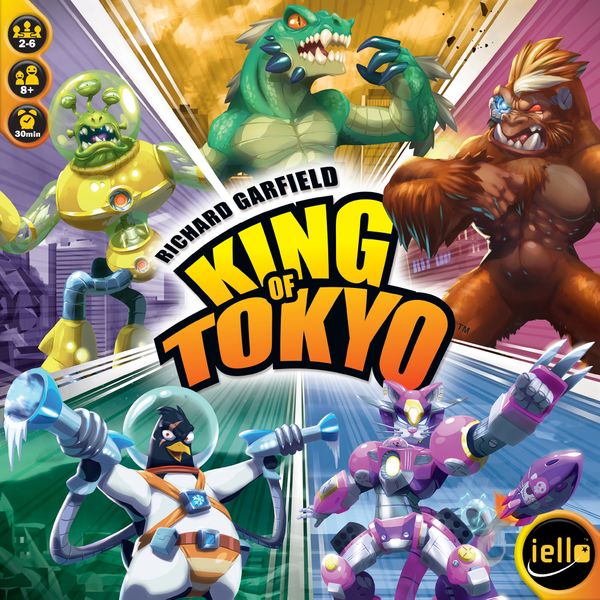 Magic: The Gathering and Keyforge designer Richard Garfield takes Yahtzee mechanics to the next level with this Godzilla-themed, king of the mountain dice fest. To win players must either be the first to score 20 points or the last giant monster alive in Tokyo. Dice results can deal damage, heal wounds, score points, or can be spent on power-up cards to give your kaiju road rage (or roid-rage). That dice are so ubiquitous and unpredictable is King of Tokyo’s endless source of dopamine. 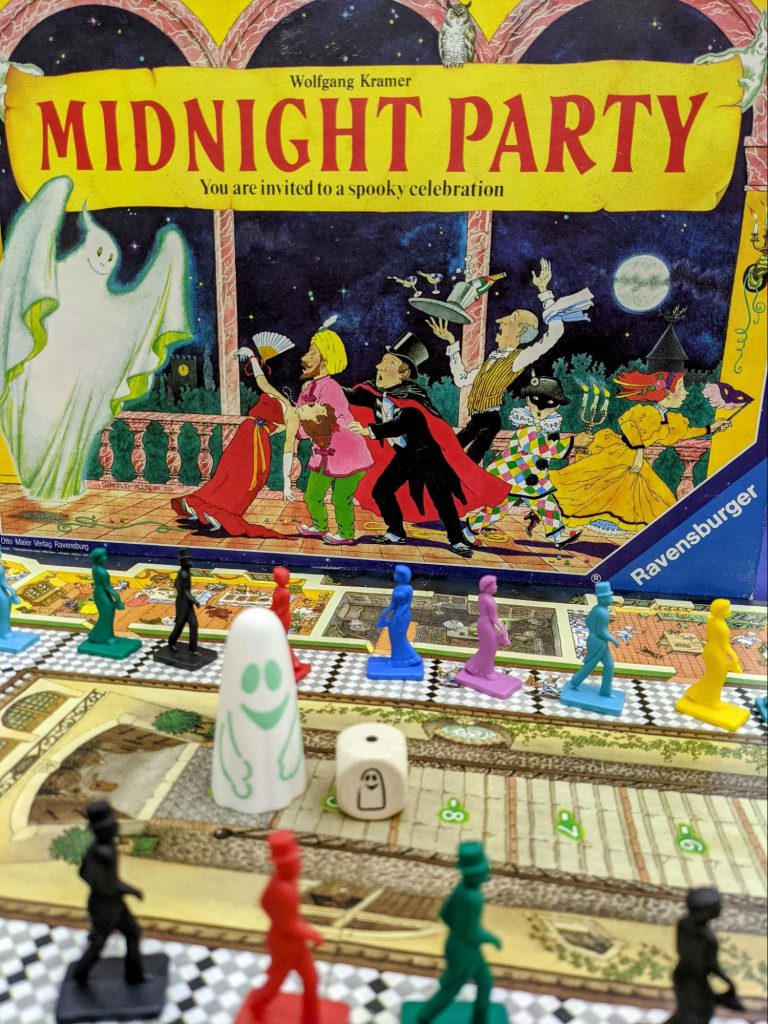 Hugo (also known as Midnight Party) is a chaotic roll-and-move that ends faster and funnier than you think every time. Players move their pieces around a mansion haunted by Hugo the friendly ghost. If Hugo lands on you you are sent to the basement. You’ll spend your time groaning when Hugo moves instead of you, or cheering when you can kick someone out of a safe room back into the hallway in Hugo’s path. 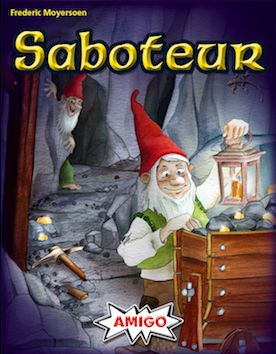 Saboteur is a card laying game where players build tunnels in order to connect with the treasure card – it’s one of three cards face down, like a shell game. Before the game starts everyone is given a secret role card. One or two players at the table are saboteurs, meaning they must prevent a successful tunnel route from being made to the treasure. This game is a loud food fight of take that cards, bluffing, accusations, and double crosses. Even if you’re a terrible liar or judge of character, Saboteur is still a “competitive” and hysterical 20 minutes.

Incan Gold (also known as Diamant) is press-your-luck; think blackjack with an Indiana Jones theme. Players explore a temple (deck of cards) over a series of rounds. If a temple card is drawn, players still active will split the gems on the card evenly. Before each card draw, players must choose to stay or leave the temple. Leaving the temple means you keep any current gem gains. Those who remain (”hit me”) share the next card. But there are also hazard cards (snakes, rockfalls, explosions, spiders). If any two of the same hazard cards are ever seen during a temple run, everyone still in the temple busts and loses all gained gems. The dares you take to stick around long enough to gain more gems for yourself versus laying up and staying safe is a greedy one-person trolley problem you always have to solve. 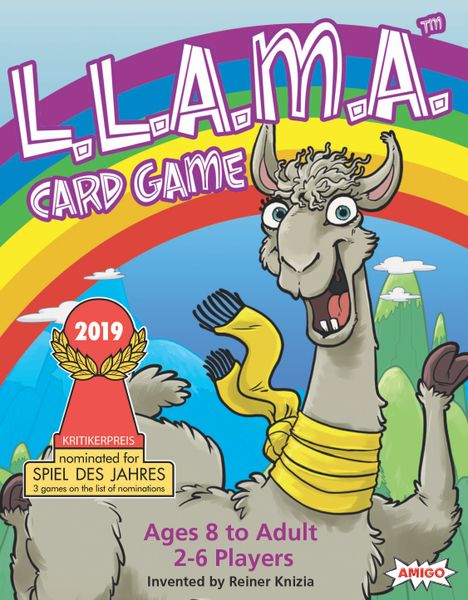 With just 56 cards, Llama emits big Uno energy. Specifically, that cursed moment in Uno when you’re drawing the entire deck into your hand because you can’t match the face up card. (Note: this is not an actual Uno rule, but it’s how everyone I know in the history of Uno-playing plays it.)

In Llama players must play out their hand of cards from a number range of 1-6 plus eight non-numbered Llama cards. Cards played must either match the face up card (3 on a 3) or be one higher (4 on a 3). Llamas can be played on other Llamas, or over a 6. 1’s can be played on Llamas to wheel back around the 1-6 sequence. Points are bad: players who don’t go out first eat the cards in their hand as points. Llamas are worse: they are worth 10 points if you are holding one. The secret weapon: you can go out early even if you aren’t out of cards. So you will eat points, but less points than if you stuck around to draw more cards and jerkstore Llamas. 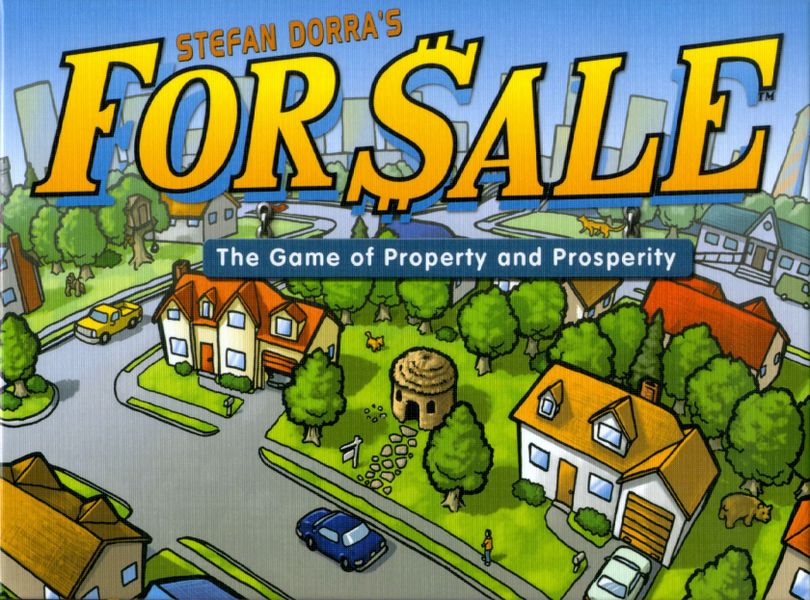 The one-game subset of this “remote games for people who dislike remote games” is For Sale: the perfect auction game for people that dislike auction games. There are 30 property cards valued 1-30. Card 1 is a cardboard box, Card 30 is a space station. There are two phases. In the first phase players bid for the property cards with a fixed budget. If you pass you take the lowest value card on offer. If you aren’t careful with your auction money, this means you may go broke and dine on the lowest cards automatically.

In the second phase you use your acquired property cards to bid for checks with varying dollar amounts. The high value card each round wins the highest check. Some checks are worth more than others, and some checks are worth nothing. The game is fast and fun and even lower value cards still net you decent paydays based on groupthink or remembering if you’ve seen that space station yet. Games play so fast that For Sale begs for repeat plays. 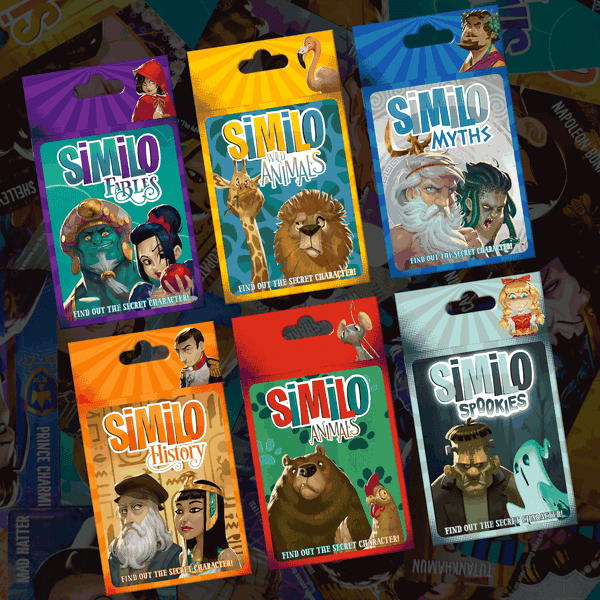 Similo is a shaky nailbiter of cooperative deduction that’s equally tense for both the players guessing and the player giving clues. Twelve cards are laid out on a 4×3 grid. One is randomly selected as the winning card. The object is for the winning card to remain on the table over five rounds, with guessing players having to remove 1-2-3-4 cards in subsequent rounds. The clue giver (who cannot speak or gesture) must indicate with one clue card played each turn whether the played clue card matches traits of the winning card (clothing, colors, accessories, hair length, gender) or does not match.

The illustrated card decks are themed (Animals, History, Fables) and naturally each clue card’s features intentionally overlap with other cards. The psychic web players must weave is tangled by what the clue giver is forced to play (sometimes their available cards send mixed messages) and assumptions the guessers have mistakenly made canon in previous rounds. Similo is five rounds of arguing which wire to cut to dismantle the bomb, in the best possible way. 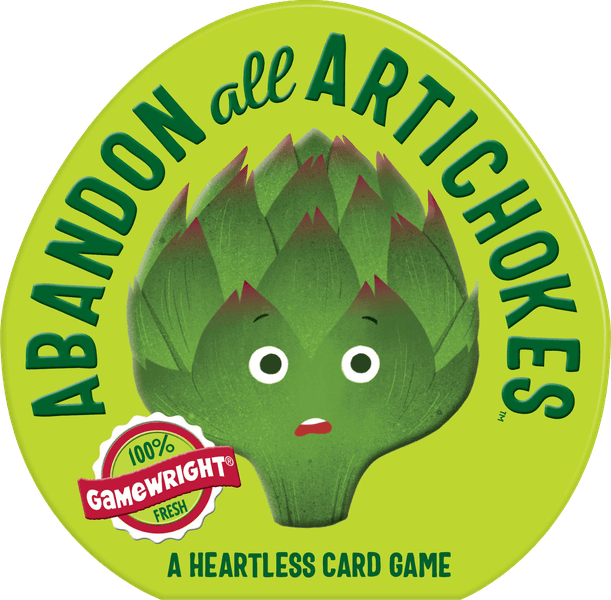 What is it about Abandon All Artichokes that makes it so great? Maybe it’s the smiley faces on the vegetables. Or the genius tweak on deck building and deck deconstructing that prioritizes furiously milling your deck to get rid of one type of card (the artichoke, natch). Or the fact that most cards you play compel you to trade or steal or (gasp) give away helpful cards to other players like a free-for-all at farmer’s market in Stardew Valley. This game is short and fun and addicting. And since every card is smiling at you even when you’re being mean, it feels like a very cuddly, cozy, card competition.