At this point Rob has formally declared open season on HOT TAEK THURSDAY because alongside the massive changes to Marines that GW have just pushed out, Frontline Gaming have announced that the updated 2020 ITC mission pack is finalised. This incorporates a bunch of changes based on feedback from the community. In our initial round table we had quite a few suggestions for things that we’d like to see changed, so now that a few rounds of updates have been made let’s check back in and see how they’re looking.

(Editor’s Note: I stand by the decision to make today HOT TAEK THURSDAY)

The missions themselves are available here. 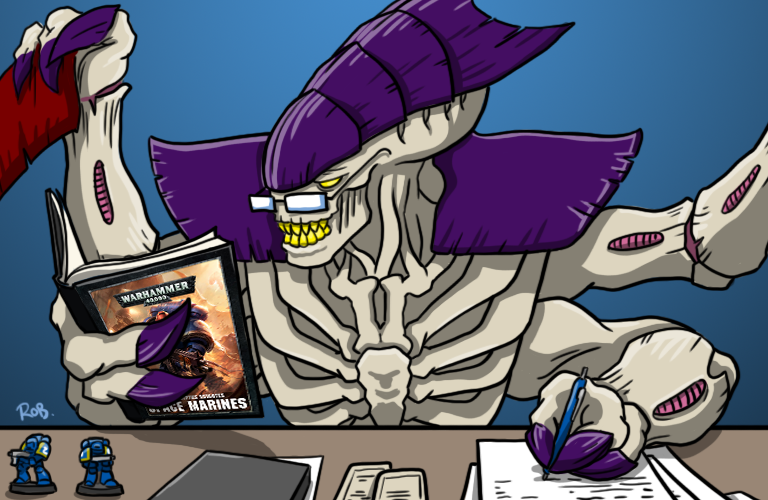 Updated Marked for Death is one of the big ones here. Lots of units come in right around 100 points – a 5-man Intercessor squad with a thunder hammer, an Infiltrator squad, Nightspinners, Falcons, a 10-robot Necron warrior squad or a 3-model Heavy destroyer unit (and more, but we’re not writing an extensive list here). Previously those would all open up secondary choices against them, particularly challenging for armies where it hit the troop units that you need to take and eldar tank spam that could conceivably have both Marked for Death and Big Game hunter scored against it.

Wings: Yup, a good change right off the bat – 100 was just a little bit too low and caught too many core units you couldn’t avoid taking. Inevitably of course there will be some armies that make out like bandits at any threshold set, with Crafters Eldar plus AdMech both coming out of this very happy as their spammable vehicles fall into this range.

Removal of double scoring for maneuver secondaries on the first turn plus the deployment map changes are additional tweaks to give power back to the defender in a world without seize. Barring absolutely perfectly balanced terrain arrangements it’s highly likely that the defender will be able to select an advantageous deployment map, so can mitigate some of the turn one firepower, and the attacker won’t be able to stack up as many VP from having free reign to deploy units into the midfield.

Wings: Very happy to see the map improvement for the defender as it’s something I advocated in the first version (and not giving it to a player who chooses the first turn is probably a good call). Quickly double scoring secondaries as the attacker very quickly emerged as too good from initial testing and this is an obvious way to fix it without removing the (I think positive) comeback element of it late-game.

Gangbusters now excluding VEHICLEs and MONSTERs opens up sentinels and land speeders to squadroned use without just being free VP. While land speeders (particularly with today’s Iron Hands nerfs) aren’t particularly great (sorry Chase) opening up additional list design options is always nice to see. At the same time, Big Game Hunter now awards you a point for every 10 total wounds you do to VEHICLEs and MONSTERs.

Wings: Especially in combination with the change to Marked for Death this potentially has quite far ranging effects. Armies like Talos spam obviously get much, much better with this change as they no longer bleed Gangbusters and most of the points of BGH by themselves, but it also makes armies like AdMech that can go wide with low-cost vehicles actually pretty tricky to pick secondaries against.

SWARM and BIKER units counting for Reaper closes off some potential ways of dodging it for a few armies, mostly hurting Atalan-heavy GSC and Tyranids in general (as Warriors plus a few Ripper Swarms now gets you a long way towards this).

TheChirurgeon: This is real bad for Nurglings too, where filling out a battalion with 3×3 bases creates 36 wounds of little pus-filled sacs to pop.

The Postman and King of the Hill secondaries give Imperial Knights an actual way to engage with the maneuver side of things, though they’re both still tough for these armies to pull off.

Wings: I still honestly think you could get away with Knights only needing one TITANIC unit for KotH. I guess we’ll see how it works in practice.

Lastly for secondaries, Behind Enemy Lines got a little harder again. Given how many aggressive, deep striking assault armies now exist, it’s probably still in a good place.

The Cut to the Heart change reads a little confusingly, but may actually work out as a decent balance of being able to score with still allowing the defender to defend it. It requires that it be placed at exactly 9” of a table edge in your opponent’s deployment zone, but doesn’t specifically require that it be placed on the back edge. For armies with more limited mobility, placing it right up at the front edge of the deployment zone gets you a decent shot at making it there at least a few times, and forces your opponent to deploy forward to protect it.

Wings: This one is weird – I can believe testing showed the new version was too easy, but making this change ends up leaving this way too similar to What’s Yours is Mine (and the central objective already gives these an overlapping dynamic). I’d suggest meeting halfway would have been better – keep the bonus being holding the one in your deployment zone and the centre, but let your opponent place it as in the new rules. That at least lets them put it somewhere away from any nice bits of cover or anything but keeps some of the different feel from WYiM. 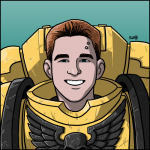 Jack: I still don’t love full deployment with no seize. Both update iterations on these rules have included significant tweaks to the ability of the attacker to get a huge advantage in turn one through aggressive deployment, leaving us in a pretty decent spot – but I think we’d be in a better spot of attacker/defender balance with alternating deployments. Full deployments are somewhat better for game speed though, so at this point in the changes I’m reasonably happy.

The changes to the secondaries at this point are great. There are dramatically fewer trap choice units that open you up to having a ton of secondaries picked against you, but also it’s much harder to take a marine list that’s impossible to pick secondaries against. Forcing players to take a mixture of Seek and Destroy and Maneuver secondaries has always been one of my favorite parts of the new 2020 missions, as it makes it a bit harder to simply castle up in a corner.

Overall, I’m very happy with where these missions have ended up. The two update passes have really hammered down a mission packet that rewards more balanced armies, and coupled with today’s nerfs to Iron Hands and Raven Guard we’ll hopefully have a decent meta going into the 2020 season. 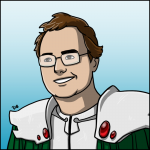 Wings: I think this is a strong set of changes, with Cut to the Heart ending up a bit samey the only thing I’m not sold on. Work has been done to mitigate some of the Attacker advantage, and given that the Marine changes have separately nerfed all the nastiest alpha strike lists I’m now much more comfortable with no seize.

The way secondaries overlap and the tuning of various thresholds now also gives a lot more scope for intelligent list design and leaves far fewer units that you basically can’t pick without opening huge vulnerabilities. Conversely, however, it’s way more difficult to build a list that leaks none of them, so the scales should never be massively tipped against you on arriving at the table.

All in all, I liked the 2020 missions a lot already and agree with the direction of pretty much everything they’ve done since, so it’s shaping up to be a good year of gaming!

That’s it for the hot takes today. We think. Probably. At this point we know longer know what to believe. Luckily, what we definitely can say is that tomorrow is also shaping up to be spicy with our full roundtable on the Space Marine changes coming up. Make sure to check back in for that one folks, and until then you can reach us at contact@goonhammer.com.