By Robert "TheChirurgeon" Jones and Innes Wilson
May 13, 2022 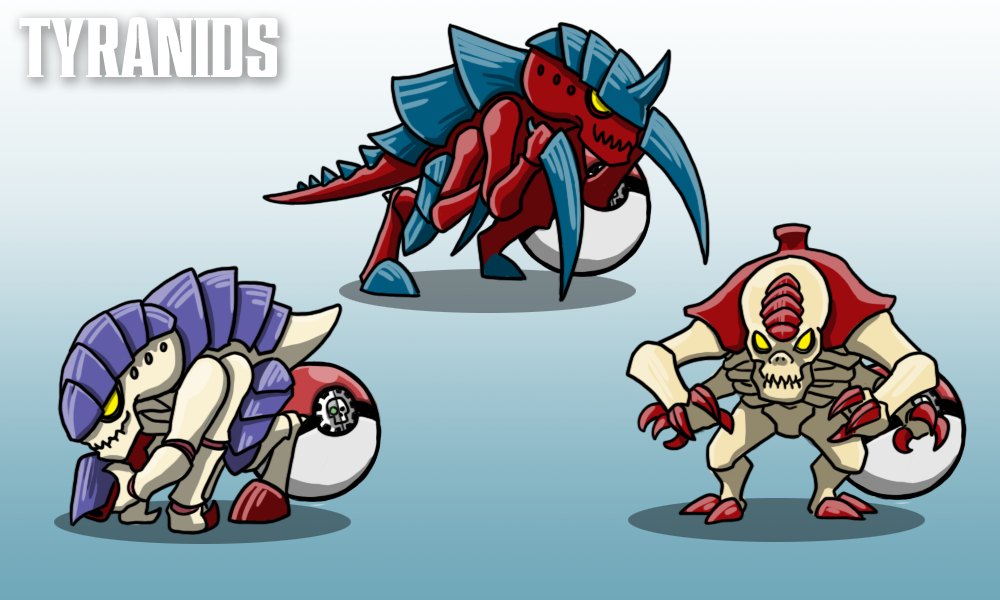 You can find the FAQ here.

Let’s start with the changes.

This change primarily removes the ability to apply Synaptic Imperatives to Harpies and other big non-Synapse bugs out of turn, which disables a bunch of nasty tricks, such as giving them Warp Shielding to get a 4+ invulnerable save, or giving a Hive Tyrant exploding 6s to hit with Goaded to Slaughter – they will now be depending more on Stratagems to push extra damage through. This also means that outside of turn 1 Maleceptors will have to pick between doing mortals and doing defense buffs.

The Power of the Hive Mind Stratagem now only works on CHARACTER units.

This puts a big stopper on the damage output of Maleceptors, who lose the ability to generate another set of mortal wounds per turn. Likewise, it limits Zoanthropes to one cast per turn, forcing you to choose between Smite and their other power, again limiting your mortal wounds output.

Overrun wording was fixed and the Stratagem was buffed.

Encircle the Prey is now used at the end of your Movement phase.

The timing on this Stratagem has changed from “End of your turn” to “end of your Movement phase.” This is a huge shift, as it means you can no longer use units to score Stranglehold or complete action objectives like Retrieve Octarius Data, then pick them up with Encircle the Prey, forcing you to leave them on the table to be interacted with. It’s a huge, positive change.

There was some bad wording on this secondary objective that required the placed Spore Node be wholly within your opponent’s deployment zone and 1″ of the model, but this ignored situations where a unit could be more than 3″ away from the opponent’s deployment zone and still within the 6″ required to do the action. Now you just drop the objective marker within 1″ of the unit doing the action.

Synapse is definitely an Aura, and has the (Aura) tag.

It always behaved like an Aura, and by all rules definitions was an Aura, but adding the (Aura) tag to it helps clean up a lot of confusion and makes it clear that abilities that affect auras can affect Synapse.

Hive Tyrants can’t double up on guns any more.

Hive Tyrants got added text that prevents them from taking more than one Heavy venom cannon or more than one stranglethorn cannon. When combined with existing text that prevents you from taking one of each, this now means that your hive tyrant is limited to a single gun. That’s great news for anyone who had to face a double-venom hive tyrant sporting 6 shots at S9 AP-3, 4 damage.

Zoanthropes got the SYNAPSE keyword.

This was an oversight/typo in the original book, but cheeky events organizers were going with it as a way to tone down Tyranids in very minor fashion. Zoanthropes have been Synapse creatures forever.

Tyrannocytes are now Dedicated Transports, must be set up more than 9″ away on arrival.

Fixing some pretty glaring oversights in the original datasheet, Tyrannocytes are now official Dedicated Transports (instead of Heavy Support, though I’m not sure anyone was playing them as HS), and gained missing text that prevents them from being set up within 9″ of enemy models. The one thing they didn’t fix was the oversight that allows a Tyrannocyte to be embarked within another Tyrannocyte. Thanks, GW.

An FAQ item clarifies that Enraged Reserves only applies to characteristics and not other rules. So your Maleceptor mortal wounds will continue to degrade unless you heal up.

This is one of those things that doesn’t currently matter to other armies, but is kind of a big deal and should have been in the Core Rules FAQ. In clarifying how the Psychic Onslaught Psychic Imperative works to allow units to perform a psychic action and still manifest psychic powers, GW makes it clear that performing a psychic action is the same as attempting to manifest a power and so counts against the number of powers you can cast per turn. Currently, this doesn’t actually affect any other armies as far as I can tell, but will likely have some kind of future impact. In the here and now, it mostly means that the jerks trying to have 4-cast Maleceptors will have to find other ways to get their perverse kicks.

So what does this mean for competitive play?

Rob: These are all good changes and help to reduce some of the most frustrating aspects of the new Tyranids book. Namely, being completely uninteractive with certain units and in certain strategies, and not having to make decisions when it came to maleceptors. I also won’t miss double heavy venom cannon hive tyrants. The only thing I don’t like about this FAQ is that it happened the week after I had to play against the heavy bullshit version of Tyranids. The faction probably still needs a points adjustment to get us back to a really healthy meta, but this is a great step in the right direction and the sooner events adopt it, the better.

For some additional thoughts, we’ve asked Innes “Mr. SuperMajor” Wilson, fresh off a GT win with Tyranids, to give us some of his thoughts on how these affect competitive play with the faction.

Innes: Broadly, these changes are very positive and proactive. From a general army construction perspective I would expect to see a bit less of the fragile units that players used as crutches thanks to the flexibile, consequence-free damage dealing offered by Encircle the Prey, which is also backed by the changes to Hive Nexus to create a window in which units like Harpies can be interacted with. This is only a positive for the game – things shouldn’t be able to shove a get out of jail free card every turn. I think personally I’d have preferred for Encircle to be a once-per-game stratagem with the old functionality, as it was a lot more interesting, but this new version still affords you some great scoring choices even if it isn’t absurdly strong.

The Maleceptor finally sees its mortal wound output curtailed. I think now it will serve a purpose as an engine to output reasonable number of mortal wounds, but without any ability to spike that to 9 – or even 12, depending on how your events ruled – it is much more manageable and proportionally costs more per mortal wound. Additionally, only being able to get one turn of the Maleceptor’s Synaptic Imperative active on the Maleceptor means that you will only get one turn of its -1 Strength Aura without sacrificing damage output.

We also see a couple of quality of life fixes like Zoanthropes having their own rules, and Overrun working, as well as the double Venom Cannon Tyrant, scourge of the FAQless, disappear. A lot of these things were FAQ’d by events already and it’s nice to see sanity prevail. Overall, as a Tyranid player I can’t find any fault with these changes, and it’s great to see a proactive approach to shaving the edge off of some of the non interactive elements (Encircle, Tyrant+Tyrant Guard with Shooting, Maleceptor) and I’m looking forward to seeing where the codex goes from here. (Get your ‘Fexen out kids, they’re good, promise).