The Goonhammer Hot Take: Ritual of the Damned and Chapter Approved 2019 FAQs 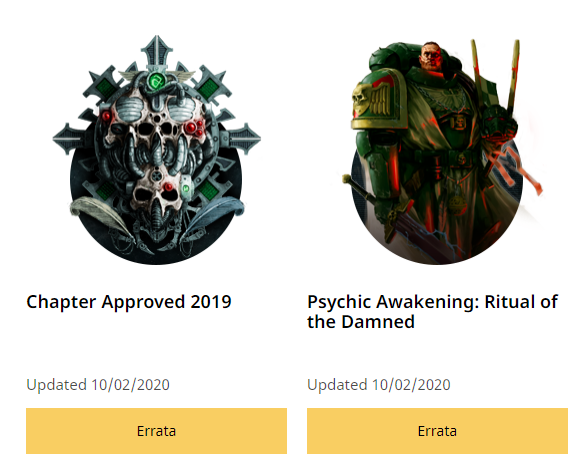 In Goonhammer Hot Takes, we do quick-pass reviews and reactions to new releases, rules, and events. In today’s Hot Take, we’re covering the the new FAQs for Ritual of the Damned and Chapter Approved 2019.

In what is becoming a bit of a trend, Games Workshop stealth released two more FAQs this week, suggesting that Monday may be the new day of the week to expect FAQ drops. There are two major releases today:

Both of these have major updates for their respective books,

For players who haven’t been over the original books with a fine-toothed comb, or those players who want to know what these changes mean for their games and the meta, don’t worry — Goonhammer’s got your back, and we’ll be covering both documents, the major revelations in each, and what these clarifications, changes, and errata mean.

Let’s start with the FAQ we’ve been waiting for longer on, Chapter Approved 2019.

Almost all of the content in the Chapter Approved 2019 FAQ/Errata concerns the Munitorum Field Manual (the booklet containing all the points costs), so if you were hoping for clarification on some of the Narrative Play content well, better luck next time. That said, there are two major, important changes to the core book:

Fixed Datasheets for the Contorted Epitome and the Keeper of Secrets

We noted this in our updated Start Competing: Slaanesh Tactics article, Chapter Approved 2019 completely donked up the Keeper of Secrets’ profile, giving it 12″ movement and degrading strength, along with no Snapping Claws attacks, rendering it completely useless. While it’s frustrating to see that it took two months to fix that, balance was restored to the universe, and the KoS now has 14″ movement and degrading additional attacks with Snapping Claws. Something I completely missed was that somehow the updated Contorted Epitome datasheet left off the PSYKER keyword, which probably created at least one silly interaction at some point. If your local TO was a complete ass and was forcing you to play with bad KoS and Epitome profiles, this is great news. 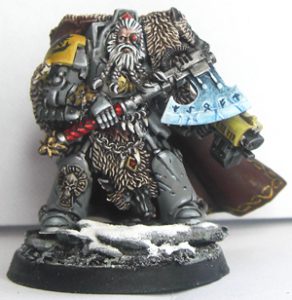 There are about three pages of changes to the Munitorum Field Manual points, so let’s dive into those. These fall into two categories: Addendums and Amendments. Spoiler Alert: If you were hoping for balance changes or substantive adjustments to units that might have been wreaking havoc on the meta, there’s nothing for you here. There are a couple of tweaks that matter, but they’re mostly for Space Wolves and Custodes.

Shane’s Note: Ironically enough these aren’t truly changes at all, it is reverting to what the points cost were during the Ares rules release in the summer of last year. There is one piece of FW wargear that doesn’t revert however, Misercordia are still 3pts, to match up with codex values. The Custodes Codex units are unchanged with the FAQ. Long story short, the sky isn’t falling for Custodes, it is the same as it was before CA for FW units. Keep Gold and Carry on.

All the adjustments are for Forge World here.

Nothing major here, just fixing an omission and a discrepancy between Codex and Forge World costs.

So there you have it. Space Wolves are the big winners here, getting a few key points cuts and unit adjustments that may be stealth good later on, while Adeptus Custodes are the big losers. To Shane’s point, the sky isn’t exactly falling for them, but few were looking at them like a top-tier tournament contender even with the Caladius back to pre-NOVA levels.

With that out of the way, let’s jump into the other major FAQ, covering the recently-released Ritual of the Damned campaign supplement. This was (thankfully) a much quicker rollout, addressing some key issues very quickly. Let’s start with the changes.

Wings Note: Two big things here. Firstly I think the change to the Pythic Brazier makes it more likely that the Inescapable Decay power for GSC from The Greater Good doesn’t survive the FAQ for that in its current form (although it could just because GSC soup is more encouraged).

Secondly, and much more personally annoyingly since I wrote 15,000 words about them last week, the change to Masters of the Warp is a massive blow to any non-PSYKER vehicle strategies for Grey Knights. We’ll be updating the guide promptly, but I’d say this likely completely kills off Rhinos and Stormravens, and almost certainly takes out Land Raiders as well. The good news, however, is that one of the other edits I need to make to the article is that Lawrence Baker’s featured all-INFANTRY list went 6-0 at a 100-player ITC major, meaning that things still look good for Grey Knights, with the only thing his list loses being the Loremaster trait no longer letting you mix Sanctic and Dominus powers (see below).

Wings Note: The clarification that you have to have specifically <CULT> Warlord to take the <CULT> relic even via the stratagem is a mild blow to the Cult of Magic, as it means you have to use your actual Warlord slot if you want to give the splash damage Daemon Prince from hell +1 to casts with the relic as well. It’s easily still good enough to feature in lists, but reduces the ease of access to the full setup.

That covers pretty much everything! A lot of minor updates, with some very important fixes, plus some lowkey important changes for Space Wolves, Custodes, Grey Knights, and Thousand Sons. We’ll be keeping a close eye on how things shake out form here, so stay tuned as always for future analysis and updates about the meta. And as always, if you have any questions or feedback, feel free to drop a note in the comments below or email us at contact@goonhammer.com.