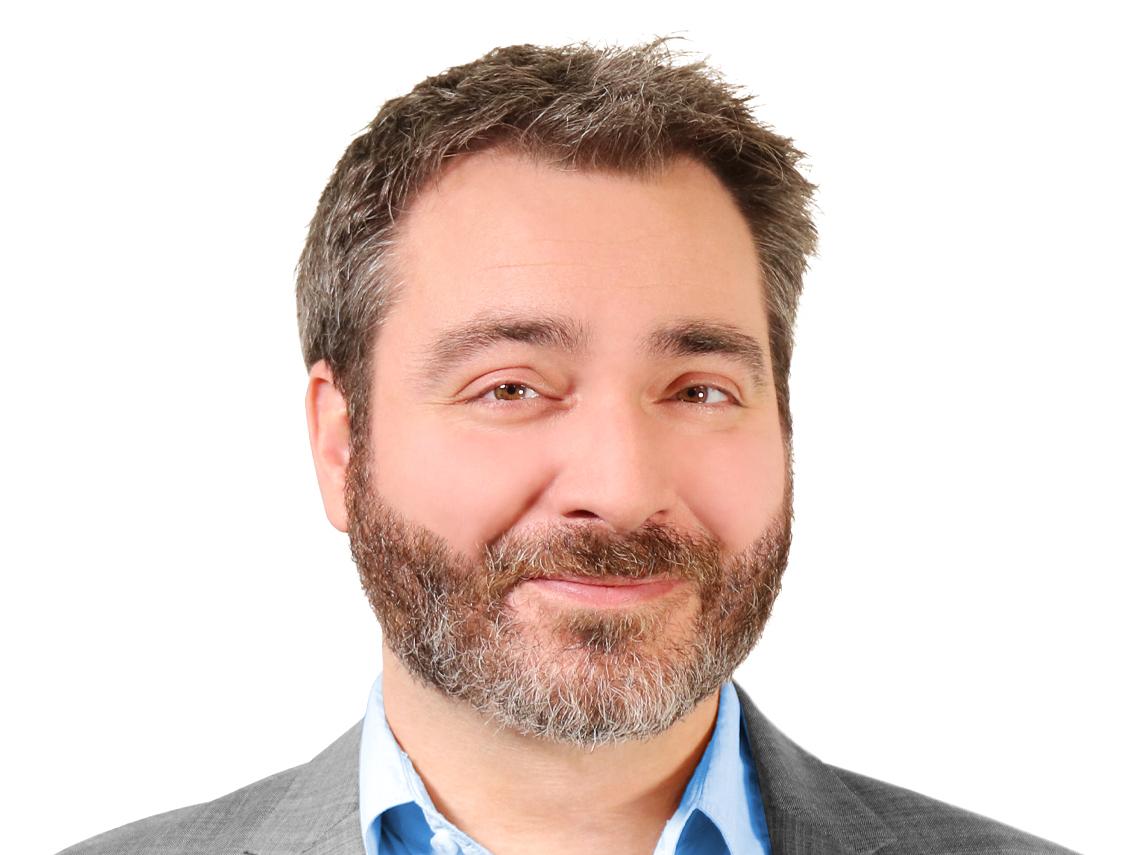 Now entering its tenth year, the NOVA 40k Grand Tournament has become one of the largest events of the year and a major part of the 40k tournament circuit. The event is headed by Mike Brandt, the NOVA Open Founder and CEO. On early Saturday evening at the NOVA Open, between the mic tests for the evening’s entertainment in the rooftop lounge and his manifold duties as the showrunner of an entire four-floor convention (counting the roof), Goonhammer’s roving reporter Jonathan Bernhardt got the chance to sit down with Mike in the only place in the house that wasn’t filled with people playing games, shouting about models, or generally having a great time — the back of the lounge’s kitchen. It was a cool chat.

So this is NOVA’s tenth year, right?

Yes. Well, it’s our tenth anniversary, but it’s the eleventh year we’ve run an August event, and what I mean by that is we started on picnic tables, not called the NOVA Open, raising money for breast cancer research with a thirty-two person tournament. And then one thing led to another and we were like, “We should do this again,” and it blew up! We had 130 people the next year at the Dulles Expo Center, and that was the first NOVA Open. And then here we are ten years later with close to 4000 people showing up.

How do you see it moving forward? It does seem like it’s getting maybe a little bit too big for the space.

[laughter] What would make you think that? Well, we’re at about 85,000 square feet of total event space and activity space, and we certainly sell it all out. Next year we do still have a contract with the Hyatt for one last year; I wouldn’t be surprised if we looked for more spacious venues in the future. And that’s if we decide to grow. We always have, so it’s a weird thing to not consider growing, but we need to find the right venue to grow into in order to do that.

There’s also still — perhaps unfortunately in a world where being a nerd is more socially acceptable than not being a nerd, which is an interesting world to be in. There’s a purpose to this — there was a time when being into Star Wars, for instance, was not especially pop culture or socially acceptable. Now, if you are the type of person who says, “I don’t like Star Wars,” you’re actually pretty strange or socially awkward, a little bit either snooty or just not with it. I mean, can you imagine someone being like, “Game of Thrones is just like this weird fantasy show?” That tends to not happen, but it does happen in some places. And so moving into new hotels and new conference centers and things like that it carries with it a challenge in your first year or two to make sure you leave the right impression on your new hosts. Certainly with the Hyatt we spent years building up that relationship, and then rebuilding it when they have a new staff. So it’ll be interesting to see where we go in the future.

And where we hope to go in the future is on-mission. And the mission of NOVA has always been that everyone who is here feels that they matter, like they’re special, and that they get to experience something cool and connect with cool people, whether it’s the organizers or the rules writers from some big company or whatever — that people actually take the time to say hello to them, to connect with them. And at the end of the con, it’s not just the six friends you came with, played some games with, and hung out at the bar with, but it’s the six friends you come with hanging out with the thirty-five new friends you made hanging out in the lounge, and that we raise money for charity as a way of giving back through everything we do in our lives: not just treating leisure time as some frivolous expense of time, but as something that by the very act of enjoying our social activities, we are generating awareness and support for those who are not as fortunate as we are.

And on those terms, I see you’ve got a lot of stuff here that isn’t entirely gaming-related, like the music you’re doing [Saturday night].

We’ll be playing music tonight, that’s true. But in a sense I’ve found it all is sort of the same thing, right? What is gaming? Gaming is a social pursuit you do for entertainment, and that’s what music is; it’s what art is in many ways. And I’ve often tried over the years to try to facilitate over the years connection and interconnectedness among the different types of hobbies that all share the same core driving interest for the people that participate in them.

Beyond the music and the 40K, what’s your favorite part of the event? Not the biggest stuff, but the niche, small stuff.

Whichever feels better for you to answer.

I mean, this kind of stuff is one of my favorite things. I spend the whole time trying to shake the hand of and meet anyone I can and everyone I can, and thank them and welcome them, and build a friendship. It’s led me from everyone from my wife to some of my closest buddies. I really like that more than anything else.

The vendors are awesome, right? And there’s a bajillion events that are really, really cool. But my responsibility is to run those things and execute those things to make sure that they’re successful. And so while I find the whole experience exhilarating and I feel very energized doing it, the idea of ‘favorite’ doesn’t enter my mind. What enters my mind is the interconnectedness of the con experience and the fact that, as Pete Foley of Games Workshop says, “The NOVA Open is almost like Mike invited everyone over to his house for a party, and it’s the greatest party I’ve ever been to. It just happens to be that his house is at a Hyatt.”

[laughter] Just closing out with a few Warhammer-specific questions.

Yeah! I especially appreciate the difference between how the GT’s tables are set up and the terrain they have and how the Narrative’s are set up.

I think that’s really cool. What does your ideal 40K game look like?

So it’s interesting, I just got back from Serbia playing for the US National [ETC] Team for 40K. And I’m not sure if those games are my ideal, but some were games between beautifully-painted armies played to extremely high levels of tactical skill with very careful thought about what was going to happen from start to finish, i.e. you weren’t just making reactive decisions on a turn-by-turn basis but clearly every move and every thought had the end of the game in mind as much as the next action. I think in 40K that’s a thing that is often not practiced; in a way, people don’t really realize it’s possible how it comes together. That someone will just move into line-of-sight and shoot something when really what they should do is just move a little bit into line-of-sight just the right distance away, so that in two turns that one unit that’s not a danger right now can’t be in the right position to just wrap your unit up at the wrong time or on the wrong turn.

I love all those things to happen, but I like it to be occurring in the course of enjoying a wonderful social experience above the table. So if I’m in a game and it’s not this really connected, friendly, fun thing, and I’m not running the risk of becoming lifelong friends with my opponent that I just met, it’s not my ideal game. But I certainly want the game that we play, while we’re having that connection, to be as close as possible to both players doing everything right, and thus creating this great, tense, edge-of-your-seat experience that’s flavored by a beautiful set of armies that contribute to a really narrative story that explains what’s going on from a technical perspective on the table.

Do you have a favorite faction or army to play against with their current Codex?

I don’t — this is going to sound weird. I don’t like playing against Genestealer Cult right now because my regular opponents are Andrew Gonyo, Tony Kopach, Matt Schuchman, and basically, several of the best players in the world. And while I tend to do well against things like Genestealer Cult, Nick Nanavati came down for a game a few weeks before ETC. I won, but I had to spend the entire game being extraordinarily careful with exactly where all my models were, in order to prevent Genestealer Cults from doing the things they do. The existence of the army applies extreme pressure just by doing its thing, and when you give that to a really good player, like Nick, it’s even more pressure. So even though the game can be really fun and social, it’s extraordinarily difficult; most of the thinking is put on you, as the Genestealer player sits there and waits for you to do the thing you shouldn’t have done and takes advantage of that. It’s all on you to spend the entire game using every model perfectly, and that can be very, very draining.

So that’s my least favorite! My favorite is — honestly, I’m one of the core playtesters for 40K.

Yeah, after I asked you I thought, “Wait, this guy’s part of the US National Team, he’s going to like and know everyone.”

Yeah. And so whatever the newest Codex we’re playtesting is, that’s not coming out for who knows what — two years? — is always the most exciting one because it’s all the new toys and the fun stuff that you get to craft lists with, so that’s actually my favorite to play against. Which is a non-answer, and you’re welcome.

There is an army that’s in the 40K GT, and what the player has done is almost a Van Gogh-like paint scheme on all of the armored surfaces and things like that. It’s extraordinarily unique, and when you first glance at it, it almost looks sloppy, until you realize it’s just beautiful. But what’s cool about it is he didn’t do non-metallic metal, he didn’t do airbrushing, he didn’t do basic blending, he literally innovated his own completely new artistic style and pulled it off across every single model in the army, plus everything was super-hugely converted. And I thought that was cool because he managed to pull out something so original, genuinely original. You see hundreds of armies every time you go to NOVA, but it was really cool to see something no one’s ever come up with.