Tanks! Now that I have your attention, welcome back to another week of The Goonhammer Times Sunday Crossword. The theme this week is Tanks! The armored fists of Adeptus Astartes assaults, the incredibly fast outflanking transports of the Eldar, the mobile sword-delivery systems of the Commissariat. They come in many shapes and sizes in the 41st millennium, but all of them are fearsome additions to any army. Below is an assortment of some of the vehicles that are strewn across tables as players vie for control of the battlefield. Good luck! 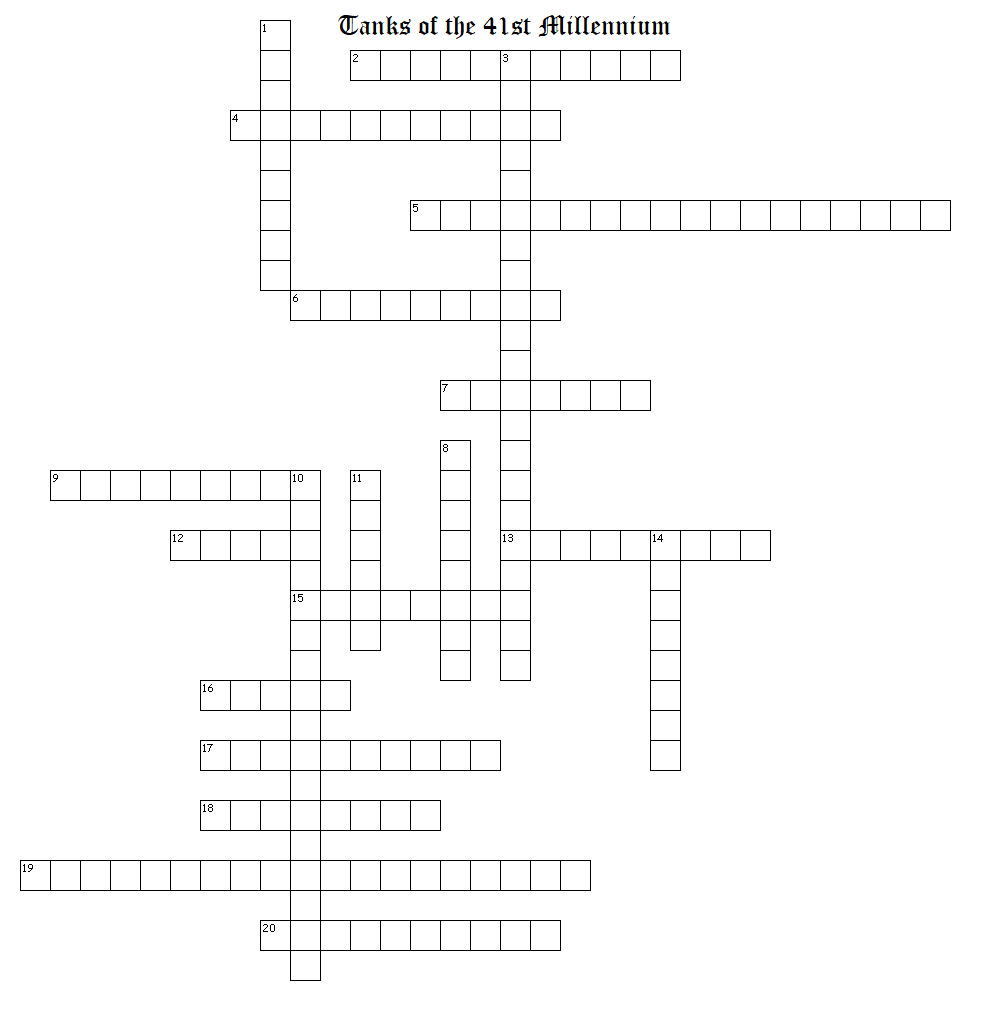