If you haven’t seen GW’s statement, you can find it here. And I’d recommend going to watch it, because the James Workshop video they put out with it is legitimately hilarious and self-aware:

We’ll have more thoughts about this in another competitive roundtable next week but for now we want to give kudos to GW for both taking swift, decisive action and issuing an actual mea culpa here. Making changes like this aren’t easy, especially when there’s a vocal set of players out there who get angry about making any changes to the print materials. But ultimately a balanced game is better for players of all levels, from the top of the competitive mountain to the kitchen tables of casual play. Also it’s nice that they made these changes before the full range was out, so no one got stuck holding a bunch of Hekatons they no longer want to field.

Alright, with that out of the way let’s dig into what changed.

FAQ: Eye of the Ancestors auto-wounds no longer count as a 6 to wound

This is a big one that mostly affects magna-rails and ion cannons, which had additional effects which trigger on an unmodified 6 to wound. Previously, scoring an auto-wound with Eye of the Ancestors would cause the wound to count as though it had been generated via an unmodified 6, triggering the extra effects on those guns. That’s no longer the case, and it makes it much more difficult to score spillover damage with a magna rail – in fact, these effects will be at odds with Judgement tokens in that the more you have on a target, the less likely you are to generate 6s to wound.

This generally can make tokens more of a tradeoff to consider for those vehicles and weapons, though we also suspect that the overall value of having them means that players will likely gravitate toward the Conversion beamer instead on their Hektaon Land Fortresses. Getting Judgement tokens is still very good, and bypassing enemy Toughness altogether is going to be very, very strong against elite armies like Death Guard, Custodes, and Knights.

Points Updates: Everything Went Up

And we mean everything. There are some changes here that feel pretty right – Beserks at 30 go from being a unit you always take three of to something you’ll use more sparingly, while some are still a great deal: Even at 160, Uthar feels like a steal and the Grimnyr at 90 is also solid. And some of the others are a bit more on the “excuse me?” side – Hearthguard at 45 points per model is probably a bit too much. 300 seems closer to reasonable for the Hekaton Land Fortress, but with the change to Eye of the Ancestors 270 might have been more appropriate.

The net result here is that Votann will likely lose 2-3 units per army now as the costs of the armies players were testing with jumped by anywhere from 300 to 450 points. That’s a big change and means that Votann will have much less to work with overall. That’s probably for the best, since before everything in the army was just a little too good and a little too cheap. 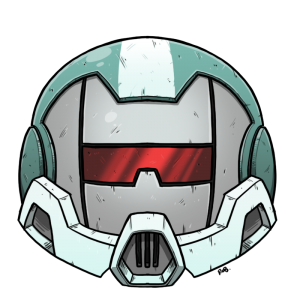 Once again, we want to come back to the fact that, on the whole, Games Workshop taking action quickly is very good. We almost certainly avoided several weeks of Votann hell – either in the short term or later in the year after the full range releases. There are a few things here where we feel like they actually went a bit far and with a few more weeks we might have seen more nuanced changes, but ultimately putting in these kinds of nerfs before people buy models is responsible from a customer ethics POV, and worth some points. We suspect that with these changes Votann will be relatively fine, in the sense that they’ll still hit like a truck but will need to make more measured choices and their durability, while decent, doesn’t allow them to play nearly as recklessly when their armies are 25% smaller and less likely to just table opponents.

Right now I’d say they project as more of a mid-tier force than a top-tier one, and will still act as a brutal counter to elite armies that depend on higher-toughness units. The army still has access to solid datasheets and a tremendous range of Stratagems that are cheap from a CP standpoint, and they’ve got plenty of firepower to work with.

There are also still some issues here that need ironing out as well – while it’s good we got a quick FAQ to address balance issues, we still have some real questions about things like beam weapons that need an actual FAQ to address them. And the changes to Eye of the Ancestors has implications for other rules, like on Ion weapons, that now probably need some kind of rebalancing (we might have done auto wounds only counting as 6 on a hit roll of 6, but that still leads to challenges with Uthar’s auto-6 ability).

This isn’t the End (but that’s a good thing)

And we mean that in a good way – if you think the changes went too far, remember that we’re due for a dataslate in the next few weeks, plus another points update and a balance dataslate in January. Some of the biggest threats in the meta will likely see nerfs in the Q3 dataslate, improving the Votann’s releative strength, and if Games Workshop went too far on Votann this round you can expect them to get an adjustment back in the other direction early next year.

We’re a far cry from the old days when GW would issue 0-1 faq/balance/errata updates per edition, and that’s a good thing. And if you’re a casual player who isn’t particularly jazzed about all this, you can continue to use power levels instead of points, as those haven’t changed at all. Let us know how your games go, because I am legitimately interested in knowing how much fun unnerfed Votann are against more casual lists.