The Road to NoVA: Crunch Time

We’re now fully into the final month before NOVA kicks off and as you may recall, some of us are planning to go this year. I mentioned in my update last week that I had roughly 60 hours of hobby time left before the event; I’ve got about 50 left. As we settle into these final weeks, we’re hitting Crunch Time, or the part where people stop nervously looking over at their piles of unpainted plastic and start panicking about how much they have left to paint. Yes, it’s a time when good intentions give way to ease and our armies suddenly go from being “finely-tuned meta-killers” and “Best Painted candidates” to “containing whatever we already had done” and “being Battle Ready, mostly.”

So join me as I take us through some of our Road to NOVA regulars and the amount they have left to do before the event.

I’m just about done painting 3 Crimson Hunter Exarchs, which have been a big help in my list for dealing with stuff where the rest of my shooting wasn’t getting the job done. I also have built and primed the three Ravagers I need to have ready for the London Open this weekend. So with all that good progress, but plenty still to do – I’ve been flirting with taking mostly Craftworlds to NoVA instead! This inspired a bit of building, but uh, none of the Wraithblades, the Wraithknight, or one of the Wave Serpents you can see above is in my potential list. Nor are the Electro-Priests, obviously. This kind of focus is just what you need in crunch time.

On the plus side, I got to try out the NoVA pack for the first time this weekend with Wings. It’s a little hard to know if we did it right since the pack keeps changing, but from what I can tell we used the “harder” version of progressive scoring (from the point of view of my Drukhari, anyway) and our game would have been much closer using what is currently in the pack. I’m pretty much convinced the Yncarne is out of the list by this point – I was hoping to use them as a counter-charging thug and/or teleporting threat, but that hasn’t really panned out. I have a couple of other ideas for Drukhari, but if I can get this Craftworlds stuff done I might just switch to them instead. Who said that “practice” and “knowing your army” were important, anyway?

Last time I posted, I was working on the Kytan and well, I’m still working on the Kytan. The good news is that the next time I sit down to work on him, probably tonight, I’ll be finishing him. I’m pretty happy with how he’s turned out, but I can only put so much work into him with what I have left. The list of things left to do right now is considerable: The Lord Discordant, the Dark Apostle and his two yabbos, plus a number of autogun cultists (to replace pistol + CCW ones) and 5 Berserkers. For the Berserkers, I either need to put five old ones on 32mm bases, or convert five new ones to use the larger bodies. Obviously I’d prefer the latter, but I’m not above settling for the former, depending on how things shake out time-wise. I may also look at reconfiguring the army a little bit, swapping out a rhino and some cultists for a Dreadclaw drop pod to carry the Berserkers, since I already have one of those painted. I rarely play with the drop pod however, and at this point I worry that it’d be a mistake to try and add a new wrinkle to my army.

So if I can get all of that done, and also work in 2-3 more practice games, I’ll be in a good place!

This is it. We’re nearing the final stretch. The recent point update to the Repulsor Executioner has made me update my lists and change a few things around. With a new space marines codex 2.0 just around the corner and a supposed Space Wolves pdf rules supplement being released as well, there might be some additional last minute changes I have to make.

Last time on the road to NOVA, I’d finished up some older Iyanden models as well as a Striking Scorpion Exarch. I’d begun work on the Visarch with plans to finish him within a few days, work on Yvraine and then be totally done for NOVA. Well… that didn’t happen. While I did finish the Visarch and was quite happy with him (editor’s note: You can find Alfredo’s excellent Visarch in this week’s How to Paint Everything), I found myself making yet another hard right turn and going in a different direction for NOVA. With only about 2.5 weeks of painting left, am I going to have a fieldable army come narrative time? and who or what has steered me away from my perifidious eldar plans?

My road to nova is done as hell, eat shit last-minute paint-havers

Editor’s note: It turns out he was in fact, not done, and still needs to put several models on 32mm bases, and will be eating shit with the rest of us

I wasn’t feeling very inspired by painting my Caladius, so I hard pivoted over to my Imperial Fists and make a completely new list based around a pair of Repulsor Executioners. I got to test it out at TSHFT last weekend, and unfortunately either my list or my execution sucked ass, so I guess I’m going to need to pivot back to the Custodes, having lost a few weeks of painting time

Time keeps disappearing to Warframe and real life commitments. I still have a boatload of Genestealers (easy) and a bunch of AT stuff to work on (hard). I’ll most likely be painting (or putting it off) until I need to pack my bags. 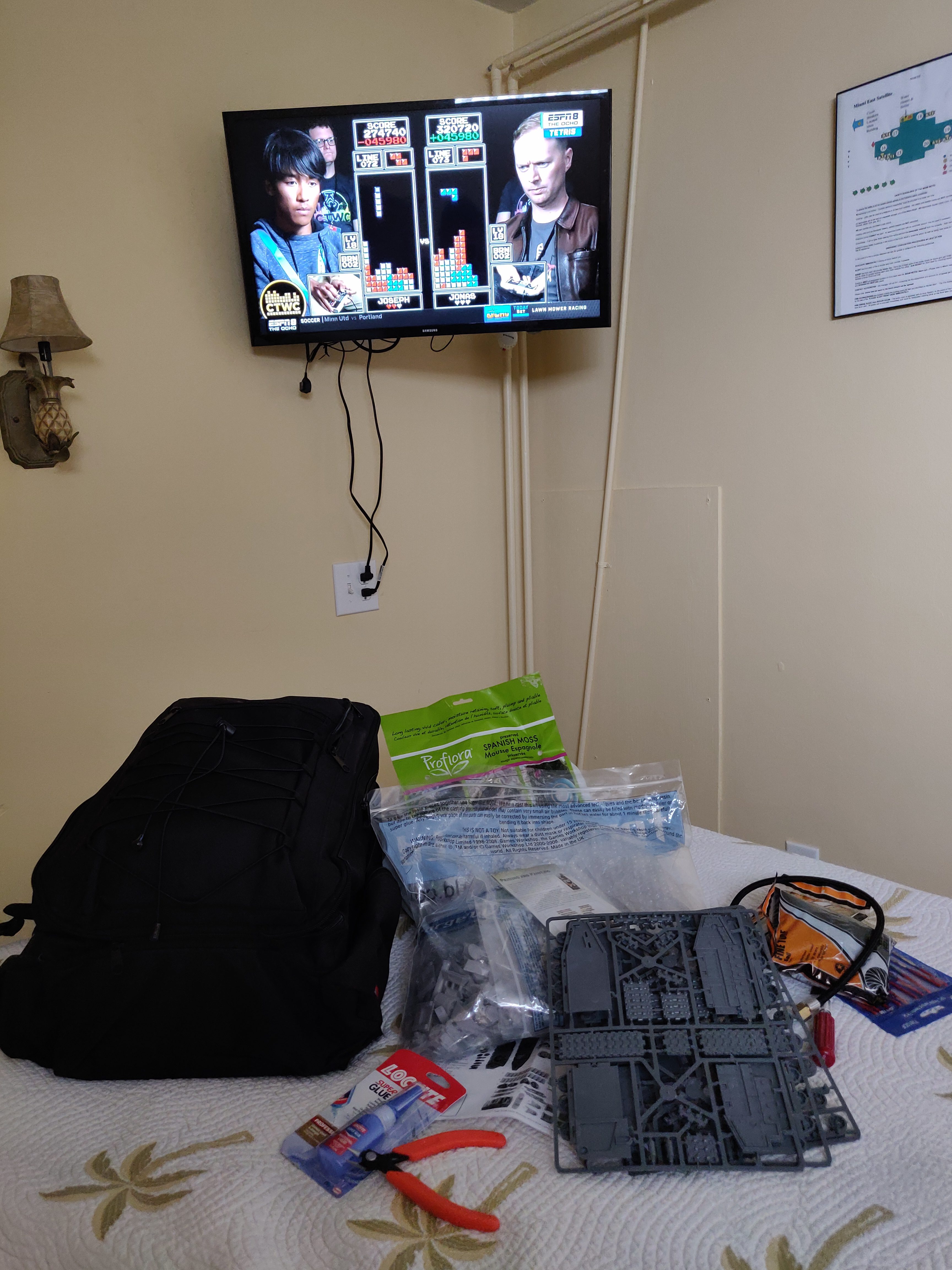 Ok, deep breaths buddy. +++Tearily blurts in machine code+++ With about three weeks to go before Nova, I’m sitting in a hotel room with basically everything hobby related I own, watching the 2018 Tetris World Championship on ESPN 8 (“The Ocho”), and getting ready to start assembly on a Falchion. Most of the army could be considered battle ready, but I still have a ton of stuff to do to get to where I want to be by Nova, and even farther to where I’ll truly be ready to call it done. The vacation days I was hoping to use to get a ton done ended up being spent doing farm work at my parents and then recovering from said work, which makes me a good son but a bad Ham. It feels like I can probably get everything done if I bust my ass, but I’m notoriously bad at judging that and there’s a new codex about to drop to tempt me into bad decisions so we’ll just have to see.

We’ll have more regular Road to NoVA updates as the month goes on, so stay tuned for those. SRM also has an update planned soon, and as we get closer to the event, we’ll have more analysis on the NOVA format and how to compete, our thoughts on the events, and we’ll follow up with reports and write-ups from all of our attendees. So whether you’re interested in the competitive tournament brackets of the GT, the more casual Narrative Event, or the peripheral games, we’ll have something you’re interested in.