TheChirurgeon’s Road to NOVA, Part 6: Down to the Wire

Man I was really hoping to not be painting right up to the last minute, but a combination of several factors has pushed me to pretty much that point, and having to compromise in a couple of areas:

Let’s run through how things turned out:

Adding 20 Bloodletters and a Bloodmaster to the army

This wasn’t so bad — I already have a Khorne Daemonkin army, for which I’d painted 10 bloodletters and a herald that I took off the Skullcannon. I also had another 20 Bloodletters who have been basecoated, but not finished. Unfortunately, all of my bloodletters were on 25mm bases, so I had to add ring extenders to all of them to bring them up to the 32mm standard. Anyways, this took about a day. They look rushed, but they’re above most tabletop standards, so whatever. 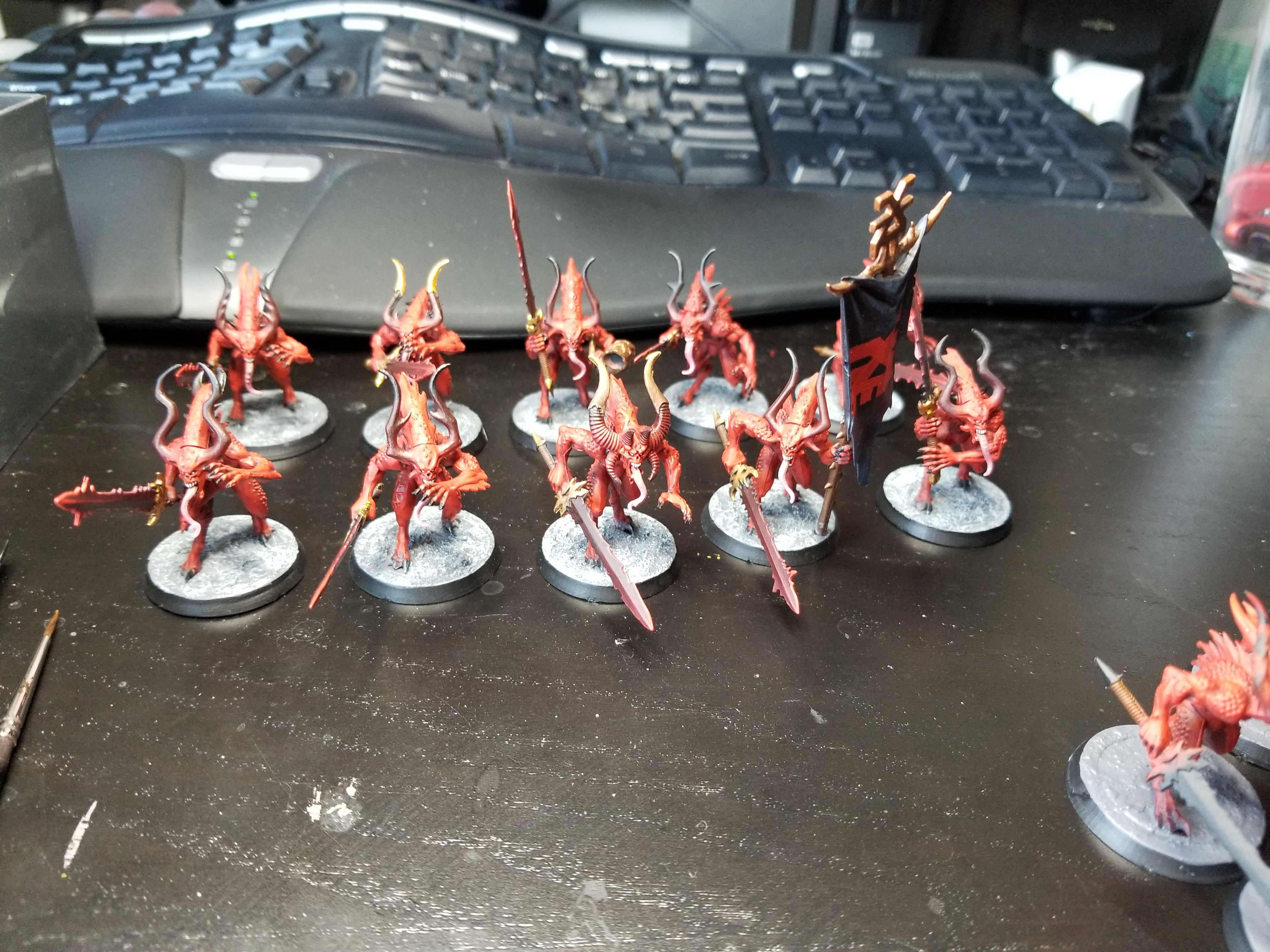 This guy took longer than I expected, but he’s in a place that’s about 80% done and good enough that I’m not embarrassed of putting him on a table next to the other stuff. 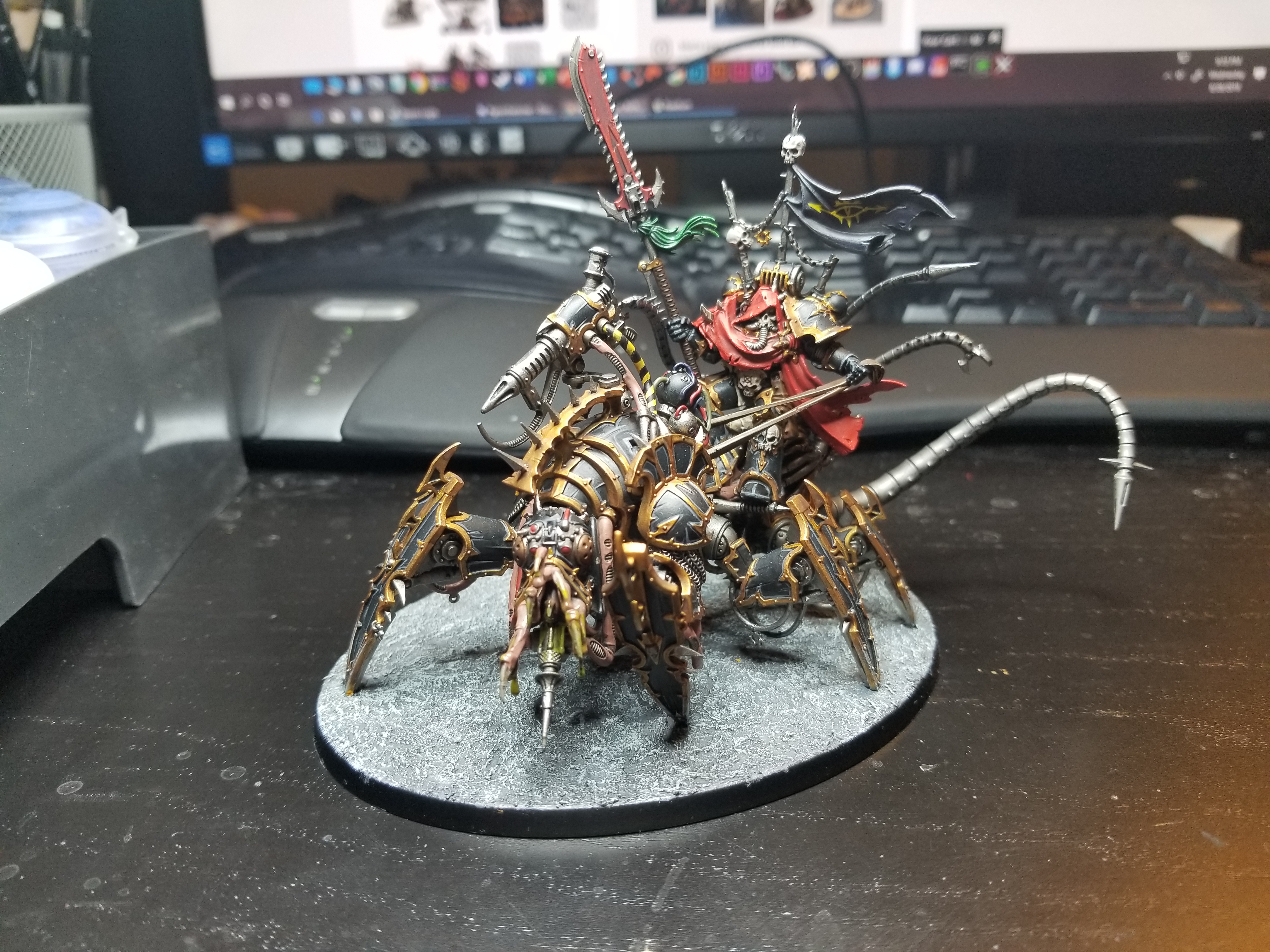 Last time, I had 5 berserkers left to paint plus an Exalted Champion. I saved some time by using the champion as an Aspiring Champion for the squad, cutting down the models I needed to paint by one. I also saved some time by tearing painted backpacks off other models to put on these guys. In the end though, I wasn’t able to finish all 5 with the other stuff I had going on, and so had to rebase 2 of my old Berserkers to put in the army. They look… fine. It’s not idea but it works for what I need to do.

With Corrode’s army floating around somewhere in Ireland, I volunteered to lend him one of mine. Unfortunately, most of my armies are bad and filled with old models, the relics of past editions and good intentions that didn’t translate into GT-worthy forces. Knowing that my buddy needed something at least serviceable, I decided I’d try to get Chaos Knights up and running. Unfortunately, my third Chaos Knight was still in the box unassembled. So in a move that basically cost me an entire night’s worth of painting, I threw that fucker together, dropped a coat of primer on him, and added a few colors and some basing grit to the point that you could (uh, charitably) call him painted to the tournament standard. At least, that’s what I’m hoping will work given that Corrode’s case is already known. With this guy plus the other two knights I have and the Armigers, we can cobble together an army of 3 small chaos knights, 2 armigers, and a spiky 17 that won’t be incredibly competitive, but also shouldn’t lose every game either. With any luck however, none of this will matter and his army will arrive in time.

Ultimately my plan is to make this guy a War Daddy and pair him with the Armigers, sitting back and ripping off Laser Destroyer shots. 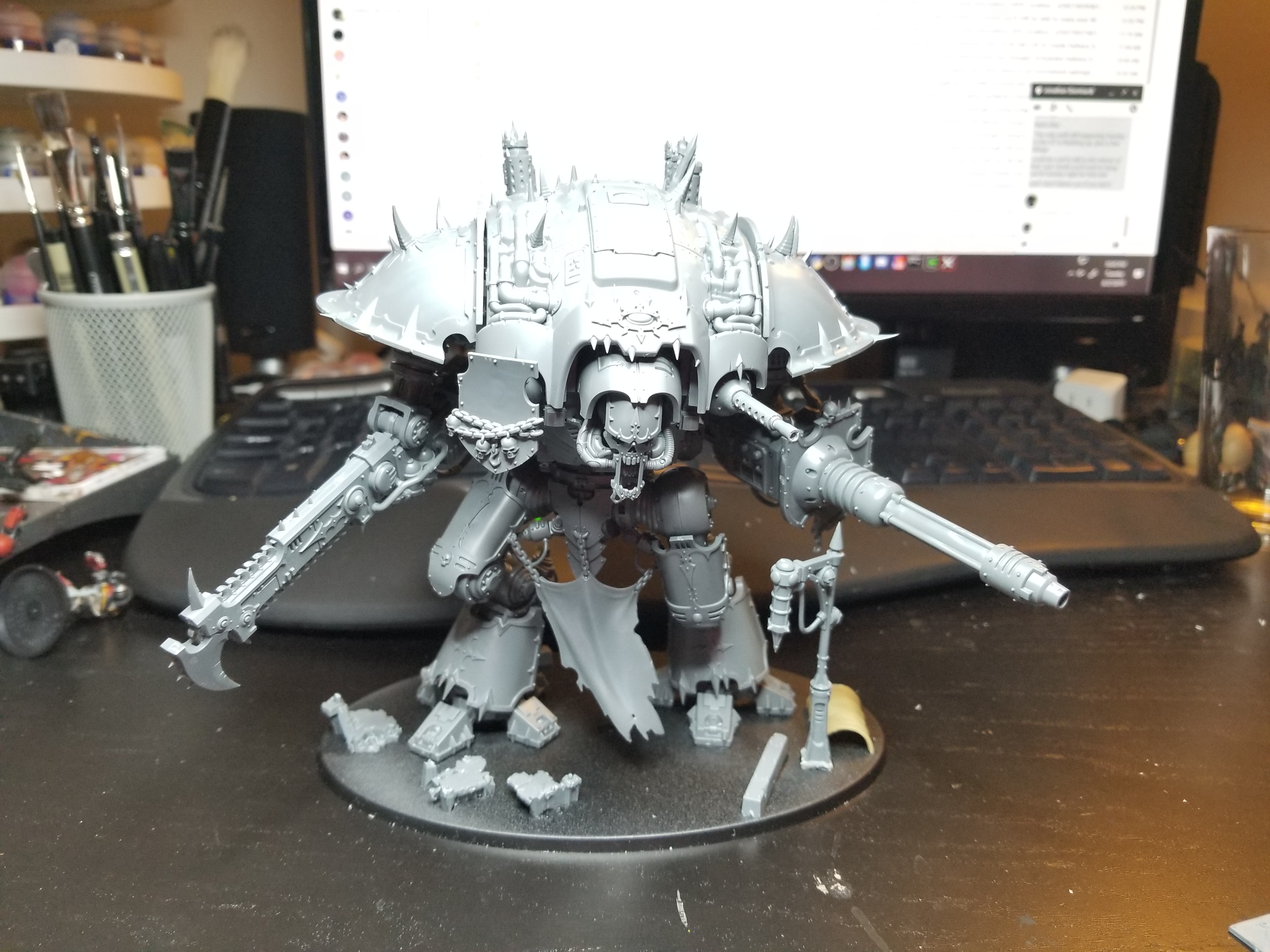 Overall, I got most of the way there with the army. I’ve still got work to do with some of the models, and I’ll be replacing those two smol berserkers with good ones after NOVA, but I’m pretty happy with how the whole thing turned out. Now comes the hard part of trying to go 4-2 over the next two days. 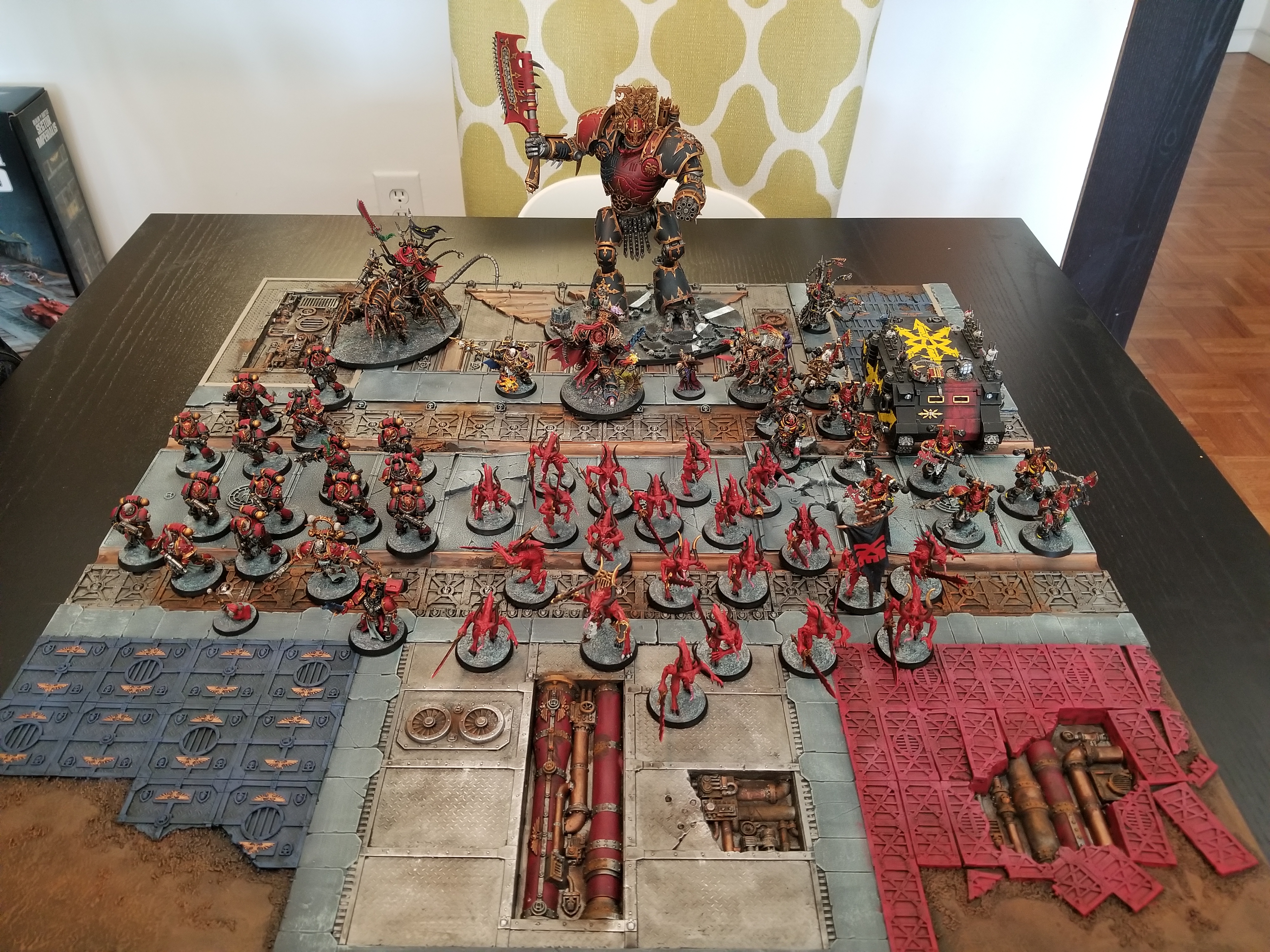