A slightly late month 1 update on the Cadian Lemures. 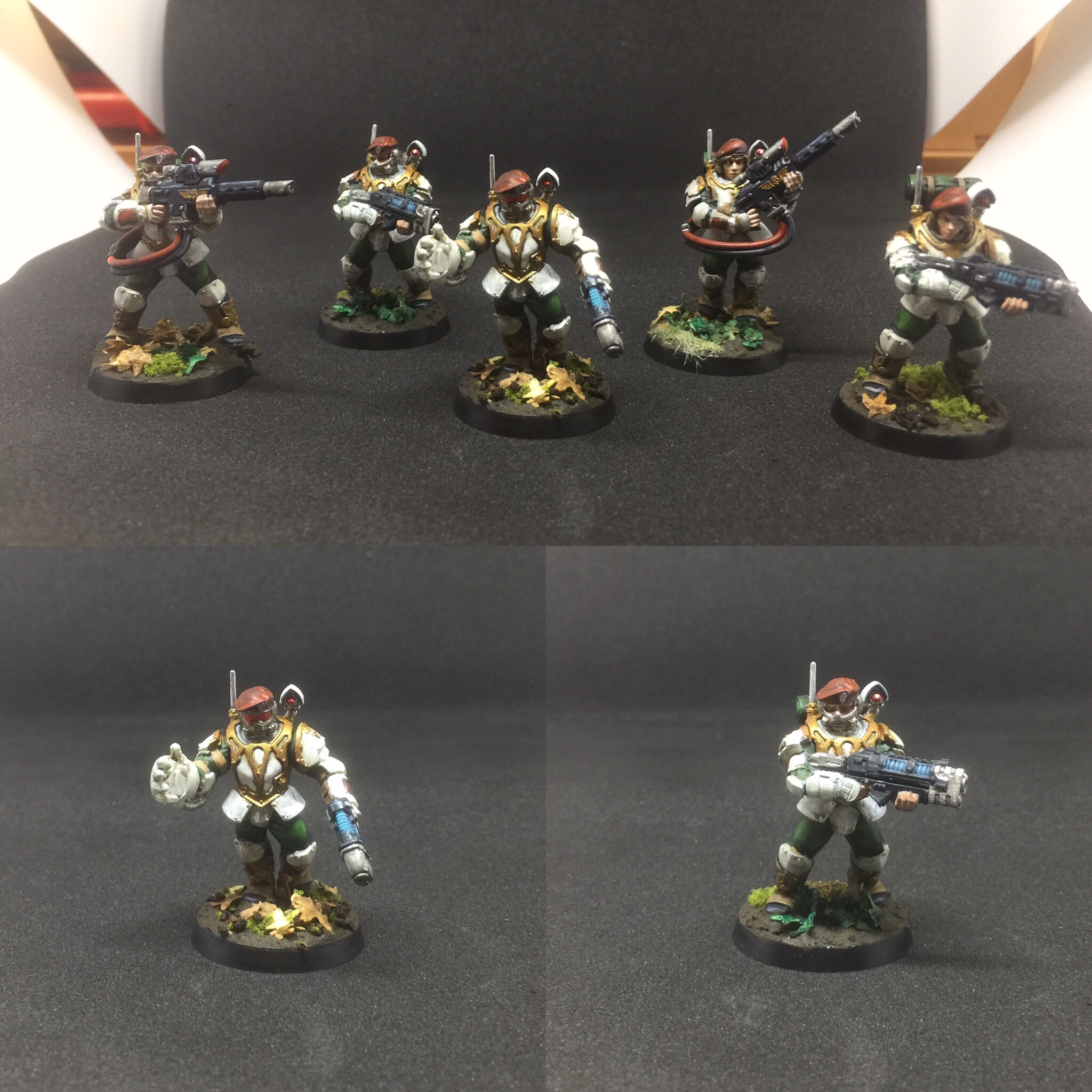 The initial paint scheme and plan for these sounded simple in my head, and I ended up skipping doing a test model, which in retrospect was kind of dumb. Painting ivory or anything near white with a brush is time consuming and I ended up needing several coats to get decent coverage. This was compounded by me then washing the entire area with sepia to get the recess shades, which then required another couple of coats to bring everything back up.

Month 1 was also my first time doing small conversion work with resin and I learned a whole bunch in the process. Despite the initial dry fits looking okay I ended up taking off paint as I slotted the arms in to place, which required some touch up work. All of the weapon options are fully magnetised too, using the Anvil Industries special weapons. For the time being I’ve painted up the plasma guns but I’ll be spending some time doing the rest later on the in the challenge.

Basing these was actually pretty fun, even if they didn’t come out quite how I had it in my head. I started with a layer of AK Interactive Dark Earth and then added a scattering of model display products forest basing kit. The forest basing kit would’ve read better if I’d actually mixed it before gluing it down, but I know that for next time. Given this was my first time doing proper conversion work, working with basing materials beyond sand and a bit of cork and painting with white I’m fairly happy with how it’s all come out. 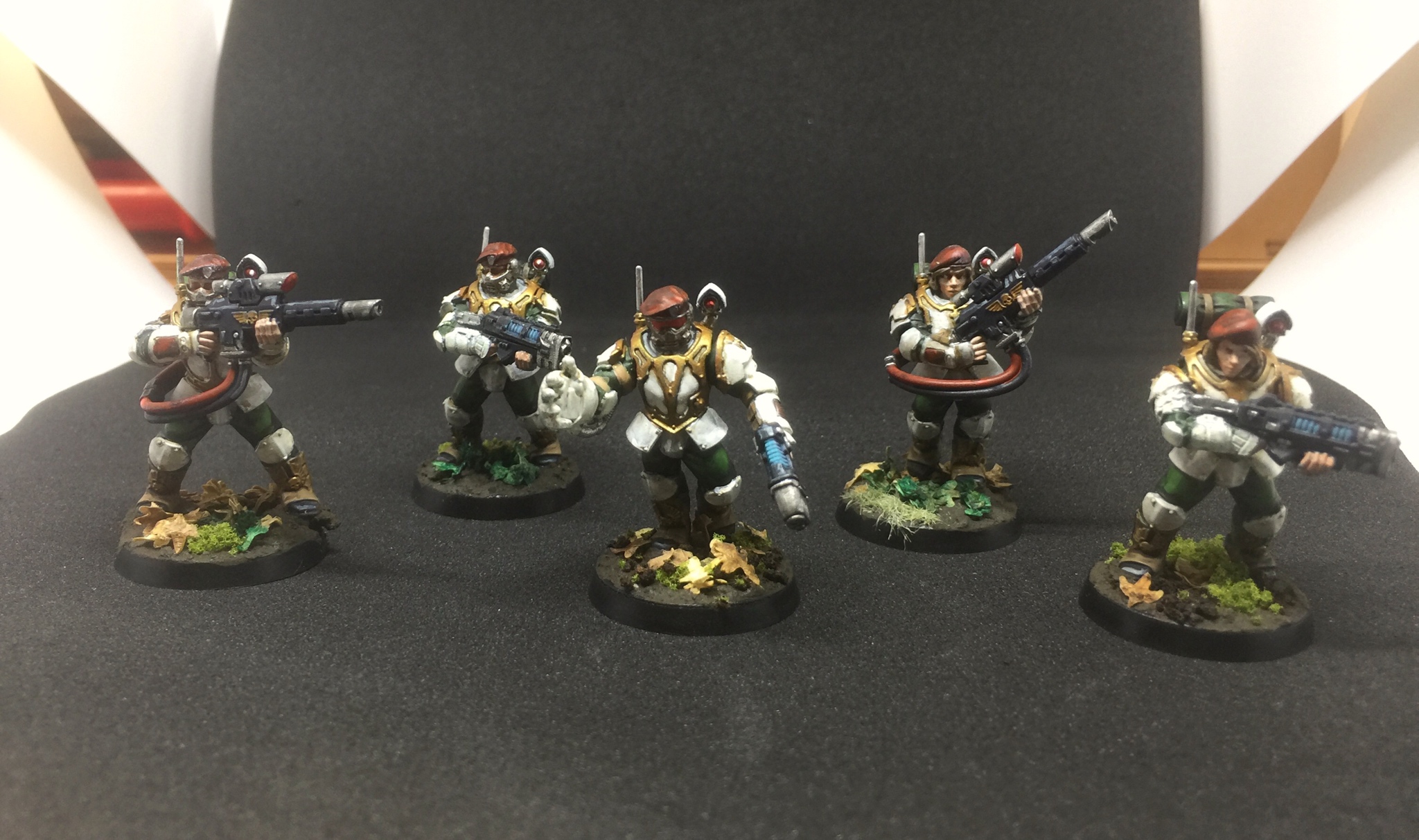 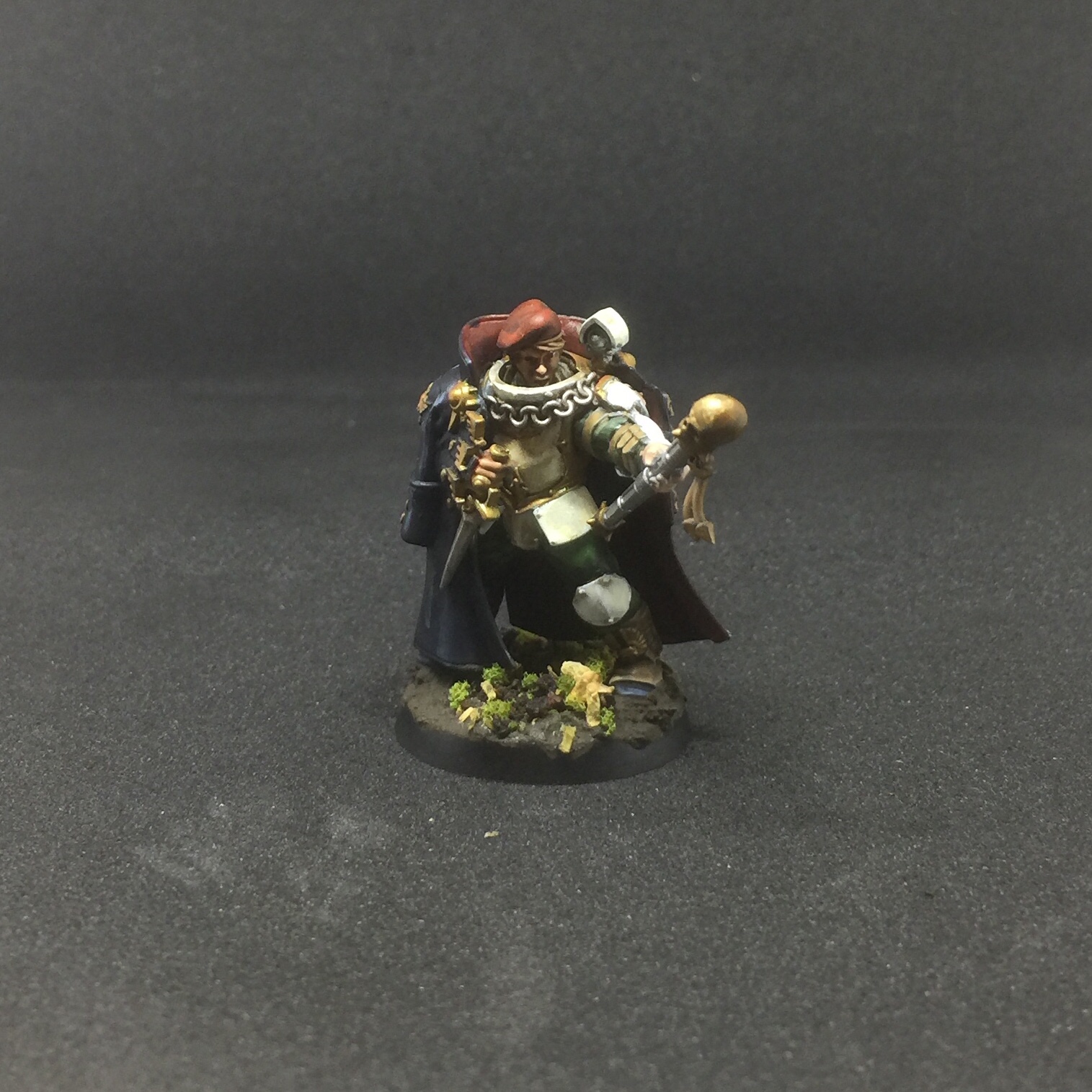 I’ve already started my month 2, which is going to be a Taurox Prime with additional pieces from Zinge Industries, plus another squad of Tempestus Scions.

Taking some of the lessons learned from month 1, I’m going to be experimenting with deep line shading instead of washing the entire armour plate and I’ve changed up which steps I use the airbrush for (I’m using it way more). I’ll also be trying out some new weathering techniques on the Taurox, including some corrosion.