Well, It’s the end of the month, I didn’t get around to deciding a basing scheme, so please forgive my lack of Bases for my dudes. Anyway, let’s go!

Many years have passed since they came to us, the sons of the great father himself who decended on Silvara, true to their word we were visited soon after they had left by more of the Father’s children. The first that came, strange men in red who called themselves “Servants of the Omnissia” but refused to talk or to tell us anything, they simply demanded to see the guardians and worked in silence. They did not stay for long and when they left without word I felt true sorrow, thought that we had been rejected and turned away, but I was wrong.

Magos Alphion and his Ranger escort have finally arrived after all these years, after all this waiting. He seeks to repair the great guardians. We are truly blessed by the great father that he would send such a man, his knowledge of the Guardians is astounding and he has begun to tutor myself and my husband in the Operation of them.

House Nikudia will rise again, praise be to the Father. 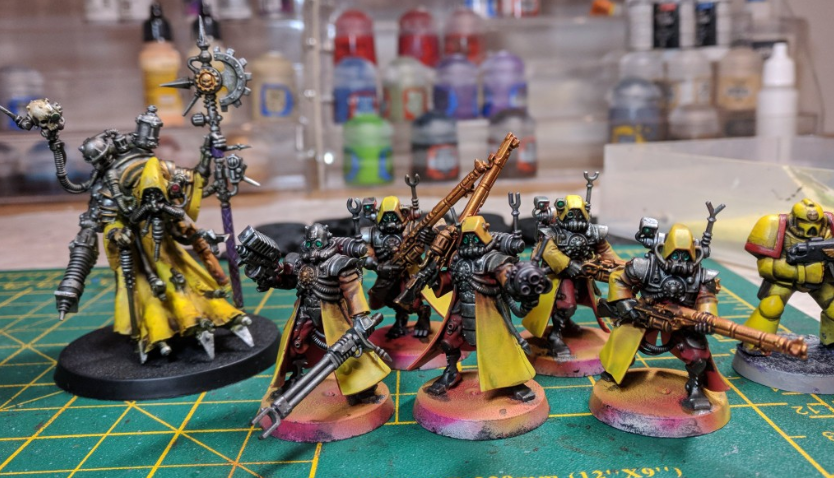 I wanted to try something different from the norm colour wise and something new to me, so why not yellow?

Well, it turns out yellow is a pain of a colour taking far longer to build up than I would like, so maybe that’s why not. Oh well, it has a nice feel to it, so I’m glad I decided to try it. Over this next month I will just be adding the same again while Sirius awaits the arrival of Baetus so that’s not going to be too interesting but after that base is built out, it’s going to be Knight time. 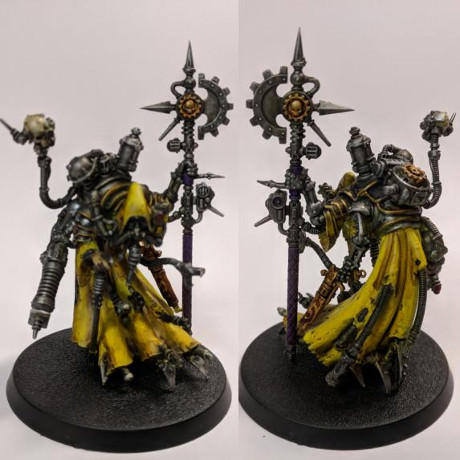 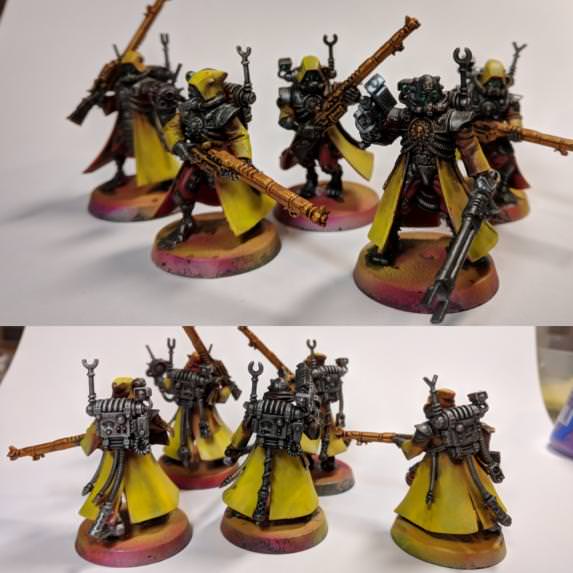