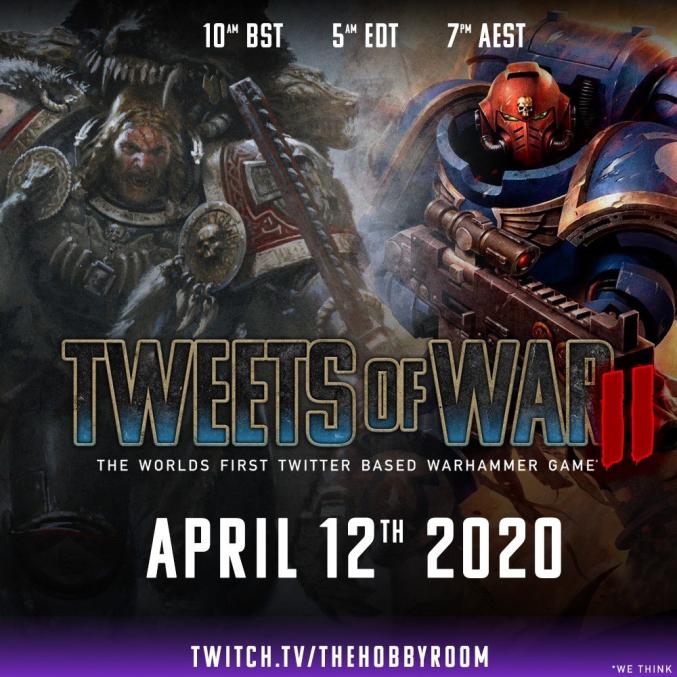 Last week I took on Ceri in a game of 40k. I was in the Australia, she in the UK. Normally this would be impossible, however with the power of Twitter and webcams we came up with a system to make it work. 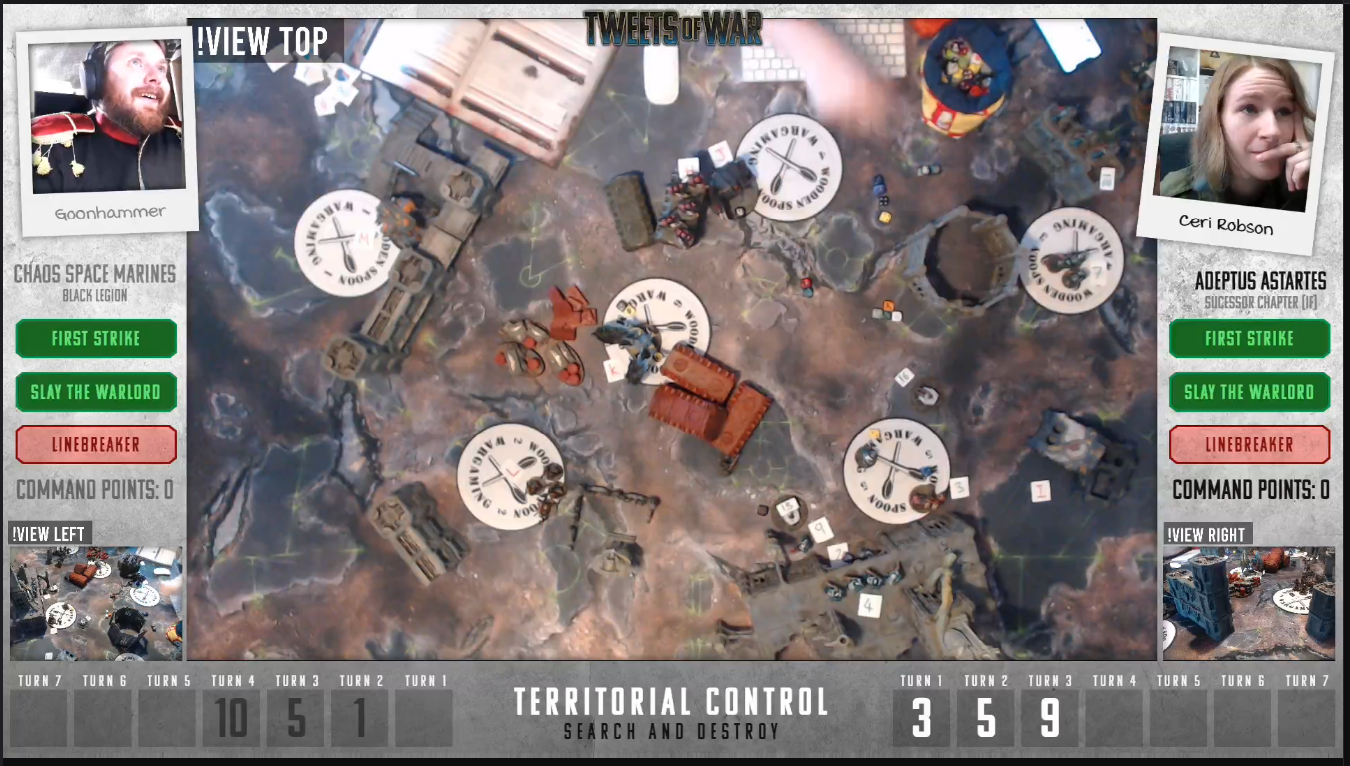 The Game In Progress. Note the themed costumes. Credit The Hobby Room

Each of us made a new twitter account and instead of directly taking command of our armies, we had 1 tweet per unit, per turn. Also The person moving the models has no idea what the objectives each player has to achieve in the game or which player owns which army.

Hijinks occured, psychic phases were forgotten and much fun was had. With Covid-19 out there doing it’s thing, this is a cool and good way to get your 40k gaming fix in.

We are doing a second game this weekend, 10am UK time on the 12/04/2020, (that’s 7pm AEST and 5:00 am EDT) and you can watch it live on The Hobby Room twitch channel, also you can follow the two twitter accounts Ceri and I will be using, Lord Percival Frank the XVI and High King Claudios Maximum Arseious

40k Ceri featured or is he? The Hobby Room tweets of war Warhammer 40k