Hello, reader. I’m Greg ‘Klobasnek’ Narro, and I’m running the Houston branch of the Vadinax Crusade. This is the second Crusade league I’ve run for my clubmates. The first one in 2021 was fairly barebones by necessity due to the pandemic, but I’ve got high aspirations for telling a big collaborative story for Vadinax.

Parasbine Secundus is one of the industrial powerhouses of the Vadinax Cluster. The planet is only marginally habitable, with a thin atmosphere which leaves it exposed to solar radiation. Its wind-blasted desert landscape holds minimal life or mineral wealth of its own, but the nearby asteroid belt of Espern’s Drift more than makes up for the latter. 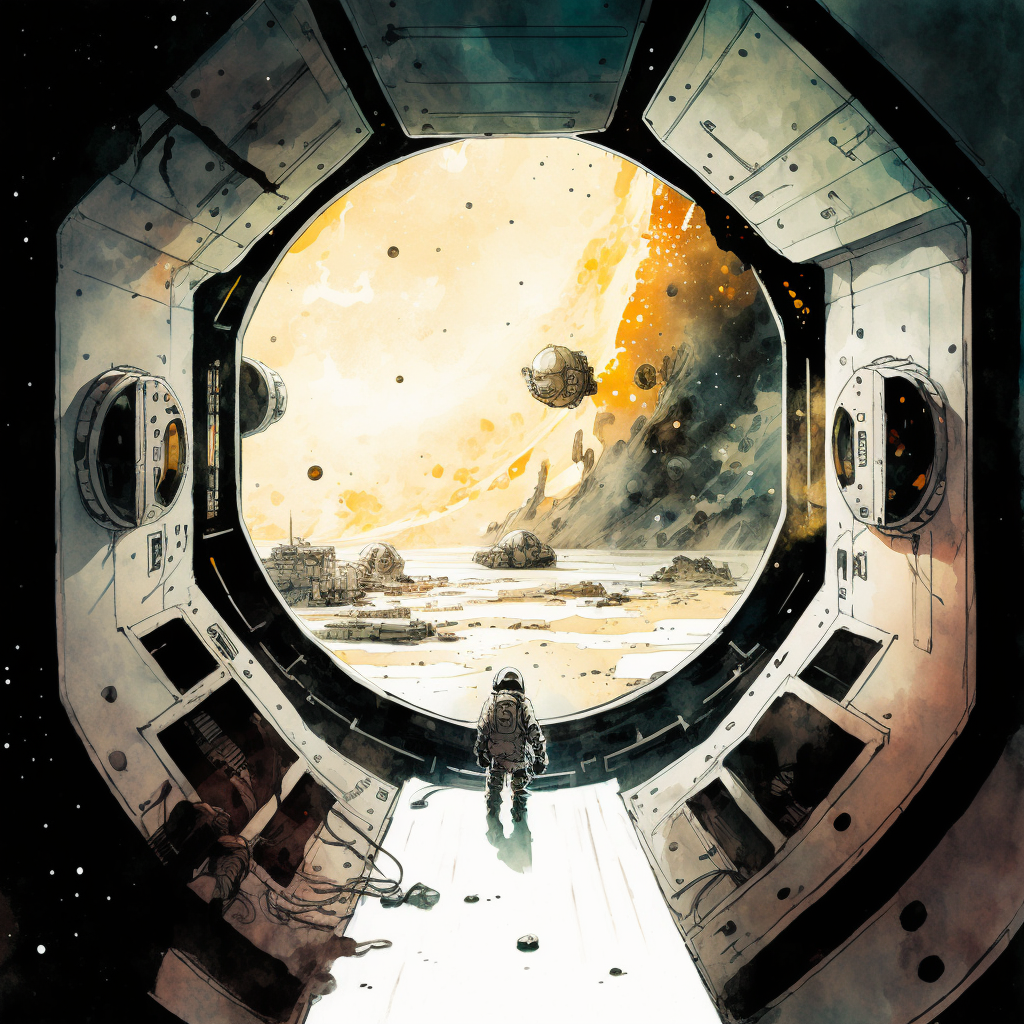 The Drift holds riches beyond measure. Metals, ores, minerals, and even Blackstone can be found there in much higher concentrations than anywhere else in the sector. The Drift is far too perilous to sustain permanent settlements, but the Imperium desperately needs the riches within it. Mining crews plumb the Drift, hauling ores and minerals back to Parasbine Secundus for smelting, processing, and export to nearby hive worlds such as Kyrene and Attos. These bulk freighters bring back the food and essential supplies on their return trips that the planet otherwise lacks. 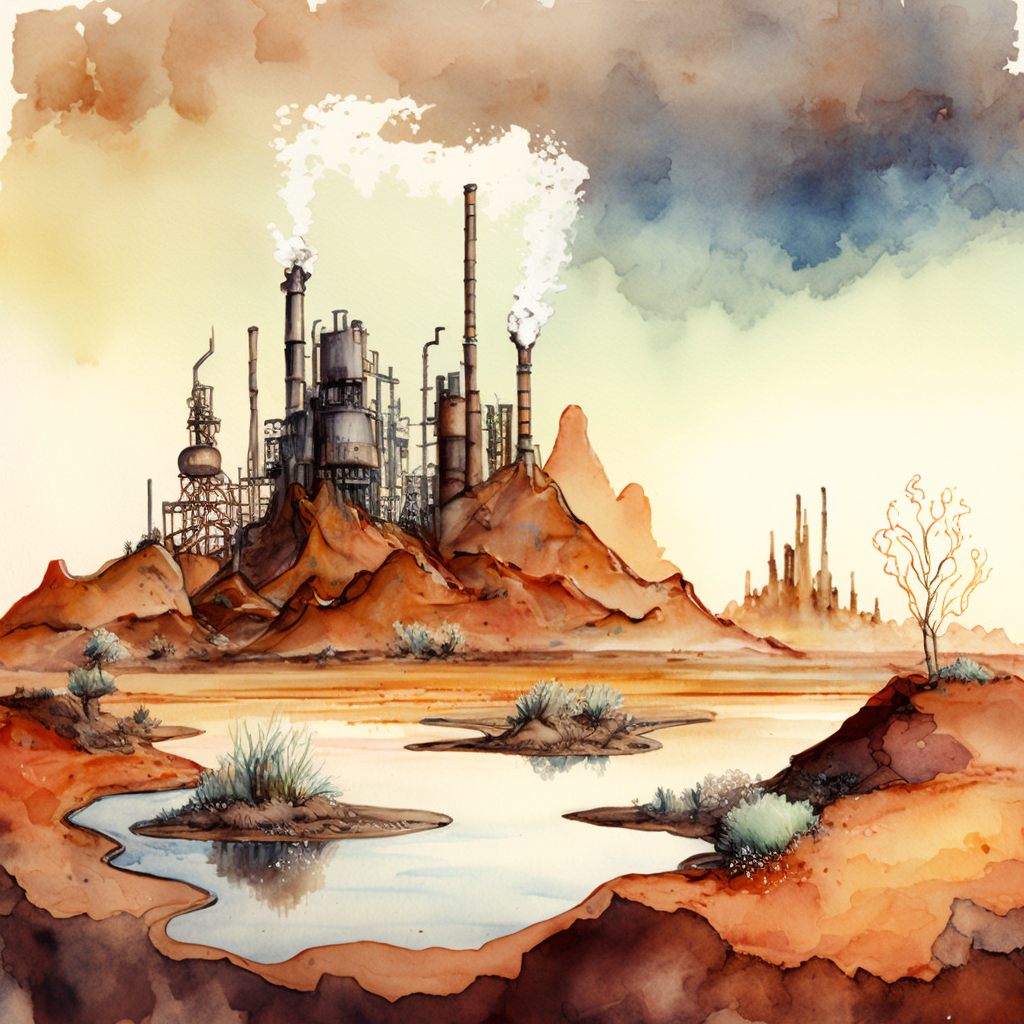 Large swathes of Parasbine Secundus are covered in discarded regolith and soaked in chemical runoff from the processing facilities. The population is primarily clustered around the vast foundry complexes scattered across the planet’s surface. The equatorial port cities of Kephistrone and Miltner’s Docks have some meager facilities to cater for the asteroid miners and bulk freighter crews on shore leave. 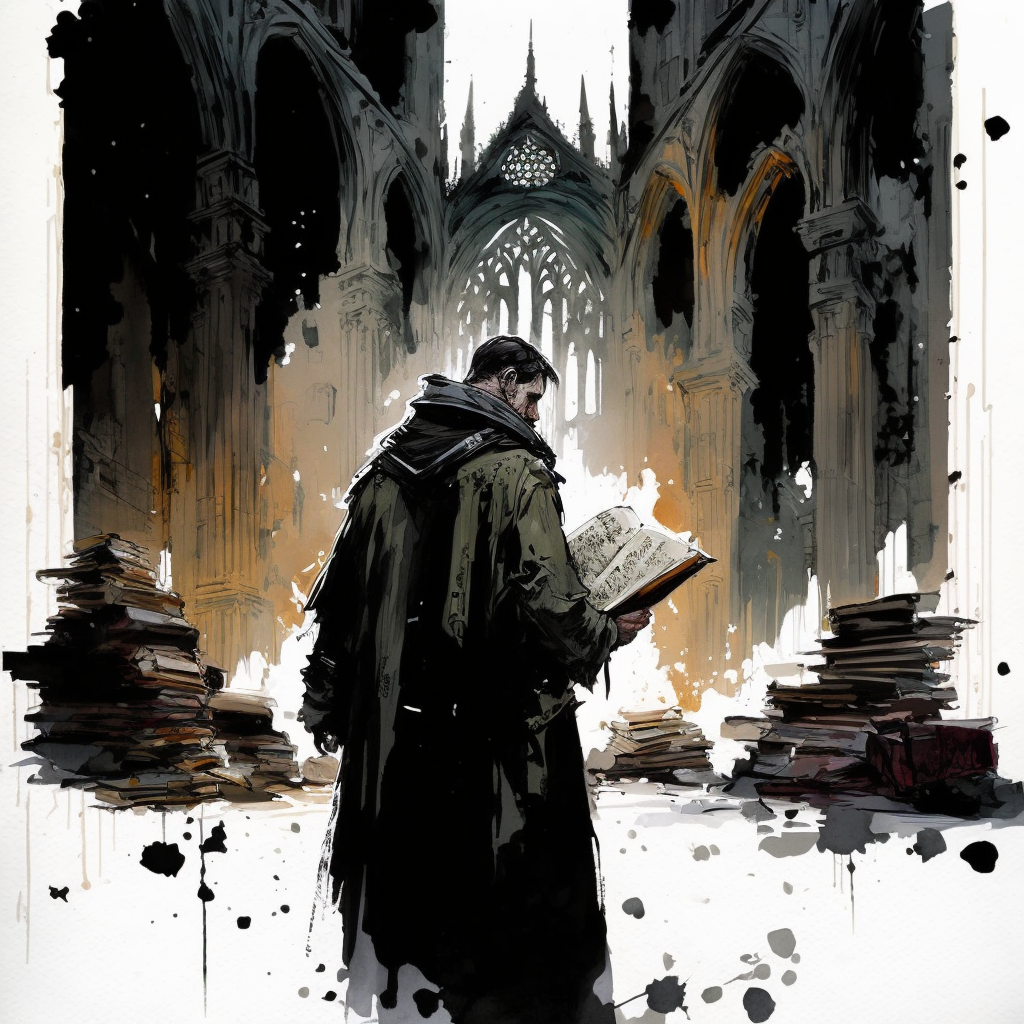 At least, that was how Parasbine Secundus was prior to the opening of the Cicatrix Maledictum. The opening of the Rift immediately wreaked havoc on mining and shipping operations. Not long after, Abaddon’s forces dropped out of the warp and made landfall, driving the disorganized and outmatched PDF and defenders back. Now the last bit of Imperial resistance on the planet is besieged in Kephistrone, galvanized by a Sororitas garrison tasked with defending its basilica.

The 30+ players in the campaign are divided into six battlegroups, with overlapping motivations.

Makarios’ Shock Troops are the Chaos forces besieging the port of Kephistrone. Lord Makarios of the World Eaters (Rob ‘TheChirurgeon’ Jones) is impatient to crush the remaining resistance on the planet and move on to a more populated planet with bountiful skulls to claim.

The Defenders of Kephistrone are the remaining planetside Imperial forces from prior to the invasion, bloodied and weary, dug in around the Basilica of the Bloodied Shroud. Canoness Preceptor Theshea Collumo of the Order of Her Resplendent Ashes has instituted martial law in the port and mustered every citizen towards the defense of the city.

Strike Force Gladius are a small force of Space Marines, who have just dropped out of the warp intending to refuel and resupply on their way to counterattack Lenk on General Forsythe’s orders. They find the planet on the brink of complete collapse and desperately in need of their forces. Lenk will have to wait.

The Espern’s Belt Miners, meanwhile, are stranded in the asteroid field as Parasbine burns. A trading delegation from the Trans-Hyperion Alliance has decided to simply plumb the Belt themselves for the rare minerals they need for their ancestor core. A few of the Imperial miners are still clinging on out in the void as well against all odds, though there is something distinctly… off… about the Departmento Laborum. They seem to take the adage “many arms make light work” a bit too literally.

Beneath the miners’ feet, however, the Sun’chur Dynasty awakens. The rich bounty of Espern’s Drift is no coincidence; it was once the crown world of Zjar’atel. Eons ago, during the Dynasty’s slumber Zjar’atel was struck by a rogue planetoid, fracturing the planet and creating Espern’s Drift. Now, the energies of the Cicatrix Maledictum charge ancient Blackstone machinery and bring the shattered and broken remnants of the Dynasty back to wakefulness.

This is a sort of experimental setup for our local crusade here, and it may be different from what our other local organizers are going, but I’m pretty excited to give it a try for a number of reasons.

I hope that’s whetted your appetite for what’s to come over here in our corner of Vadinax, and maybe it’s given you some inspiration for your own future narratives. You can follow along with the developments on the Astros Militarum Instagram and Twitter accounts, or, let’s be honest, just read Rob and Dan’s columns here at Goonhammer as they fight to kick the servants of the false Emperor out of Parasbine for good.