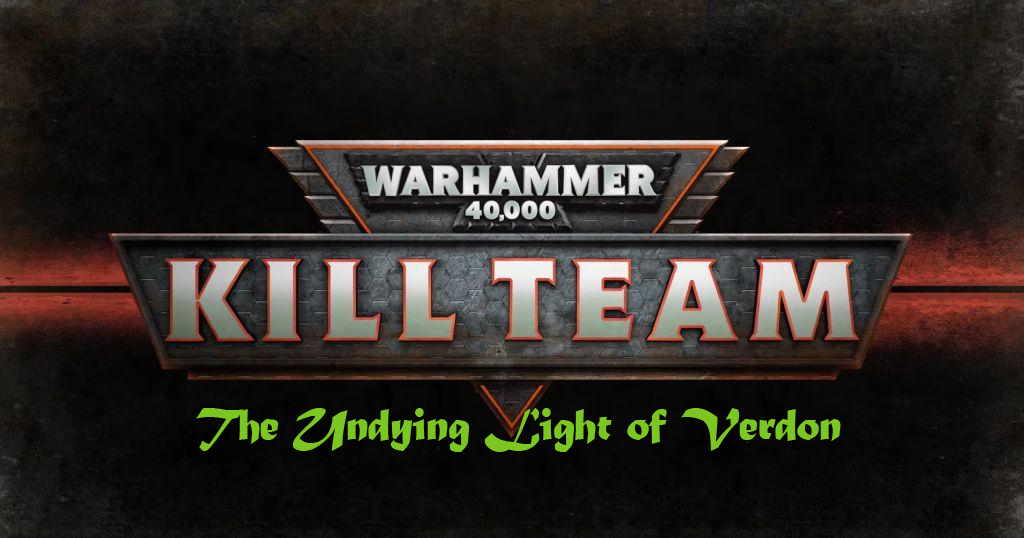 The following is the lore dump for a KT campaign that I’m playing in. Aim is to play this out over a few weekends.


The great rift dominates the galaxy at large, splitting it in twain. Across space a thousand worlds have their cries for salvation ignored as the light of the Astronomican flickers and goes out.

While most planets find themselves isolated and panicking, a few have found latent psykers emerging from their depths. These pskyers act has small lanterns of light in the warp, proving stable travel and communication, even in the dark imperium. Planets such has Tsadrekha, Dolbian, Agerlla and Verdon start to act as hubs of sanctuary and safe movement for the imperium.

The place that you forgot to remember to forget. Do not visit at any cost – Interesting Places and Tedious People: A Wanderer’s Playbook by Jerval Sekara, 145 M39. Verdon is located on the eastern fringe and before the great rift opening and Marx’s power awakening, it was largely forgotten. Frequently labelled ‘small and unimportant’ by Adeptus Terra bureaucrats and military minds alike it enjoyed peace through superior blandness, known only for its merger tithe output of wheat and powerful narcotics. House Marx-Konan, located in Verdon’s only ‘hive’ (more of a large city with a pitiful hive spire) reigned over the world.

This changed with branch house Marx member, Joshria Marx becoming a virtual Astronomican lantern at the age of 20. At the time with most of the galaxy being blinded and under siege, Verdon found itself beset with offers of tribute and trade. Governor Loewi Marx-Konan, ever the opportunist seized his chance for greater power.

Verdon has become a hub of military and civilian activity, razing its profile from a no name backwater to a busting hive of activity. However, others covert this power.

The Tau of the Farsight Enclave, hoping to improve their ability to traverse the warp have infiltrated the city of Konan thanks to a less than reputable Rogue Trader. They seek to ferment a rebellion and snatch Joshria and the planet from the Imperium.

The Blood Ravens seek to ‘correct’ the planets course and install government backed by House Juleei. To do this they will need to build Juleei’s militia into a fighting force and then capture Joshria and Konan city to cement their power block.

Inquisitor Scradden and the Swords Of Davion have decided that Verdon is too corrupted by it’s government to be saved. They believe that Joshria Marx would be better suited for service in the Imperial Davionic Republics and therefore the imperium as a whole. They seek to bring a stable democratic autocracy that will end the insanity of the Marx-Konan tithes on trade, then transport Joshria off world to Davion Secondous.

<Guard> are the sole power holding the current regime together. Stationed on Verdon to provide a stable imperium presence, the find themselves embroiled in a shadow war, fighting post human soldiers, xenos and worse. <Guard> will need to show the population that Marx-Konan remains the top dog house and politely ‘inform’ Joshria that he is going nowhere.

With the stage set, a dark cloud falls over Verdon. Only time will tell who will be victorious.

40k campaigns Coda is cool and good Kill Team or is he? Swords Of Davion Warzone: Verdon