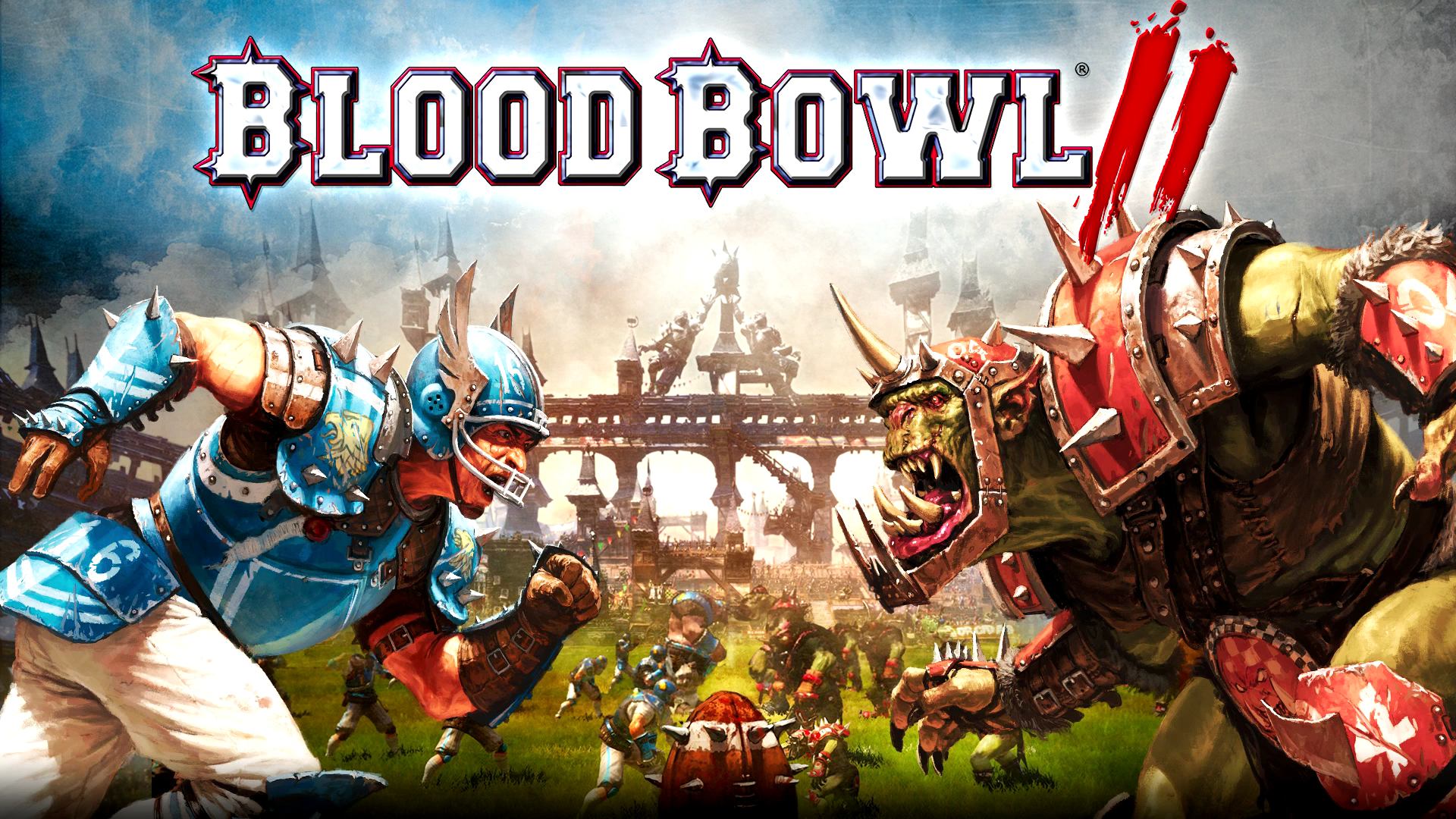 Many developers have attempted to capture the grim darkness of the 41st Millennium (and the high fantasy of the Old World) in video game form. Jonathan “Crion” Bernhardt has been diving into the games that use the Warhammer license and talking about what works, what doesn’t, and which ones are worth your time. This week, he’s tackling the digital recreation of everyone’s favorite tabletop football game, Blood Bowl 2.

This week brings us back to the worlds of Warhammer Fantasy, sort of, and American professional football, sort of, with Cyanide Studios’s take on Games Workshop’s tabletop game Blood Bowl. Technically, this release is Blood Bowl 2, though it is in fact the third game based on the Blood Bowl product to have made it to commercial market — there’s the 2009 title Blood Bowl which is of course this game’s direct predecessor, and then there was the 1995 DOS title Blood Bowl, which I made a game attempt to locate and see if I could get running through DOSBox, but which didn’t pan out. Reviews were mixed at the time; it was apparently not a 1-to-1 recreation of the tabletop rules, and didn’t deliver on the “modern play” it promised. Oh well!

Blood Bowl 2 at the very least seems to have the ruleset stuff up to snuff; in fact, a number of reviews of the game when it released complained about how much was left up to dice-rolling interactions. They’re a huge part of the core gameplay: you play one of two teams attempting to take a football and get it to the other team’s endzone, by going directly through them. Rather than tackling, per se, blood bowl players just beat the everloving hell out of each other with their fists/legs/tusks/what have you. Each game consists of eight rounds separated into two four-round halfs, and whichever team scores the most touchdowns wins the game — games can end in ties. Just about everything other than movement ends up keying off a dice roll (and even then, you can roll a couple dice to try to eke out a couple more squares of movement from your players; failure means they fall down and perhaps fumble the ball if they’re carrying it). The dice are “standard” Games Workshop dice, meaning they’re proprietary dice with good, bad, exceptionally good, and exceptionally bad outcomes unevenly distributed across them, and you generally roll two at any given time. While there’s a bunch of very legitimate strategy — as always in Games Workshop products, the majority of the player’s skill will be tested in positioning and medium-term tactical planning, and the winner will generally be the player with the strongest plans A and B — there is also a lot of “and now you need to hit this 67% chance roll, good luck.”

That’s something you’re going to get from a PC port of a board game, especially a Games Workshop board game, and it’s something the core audience for this game — people who already know what Blood Bowl is, love it, and want to play that product online with friends — isn’t going to have a problem with. The issue as always is growing the game into a larger, more welcoming product; not just for feel-good games-as-art reasons, but to trick some of these poor saps into starting to spend their money on real-life miniatures and gateway them into larger participation in the Games Workshop ecosystem. In that sense, Blood Bowl 2 does a much better job than the last one of these products to cross this desk, Warhammer Underworlds: Online.

Part of this is just conceptual: “what if wacky, bloodsoaked slapstick fantasy races did American football” is just a good pitch, especially given the barely-beneath-the-skin anxieties in the Western world about how many of our honorable, manly contact sports are in fact thinly-veiled bloodsports. To the eyes of the developers who made the original Blood Bowl tabletop game over in the UK, there was likely a feeling that overall there were fairly few embellishments on “gridiron” here — yes, at points the ruleset feels suspiciously more akin to a rugby-football hybrid than standard American football, what with the lack of set plays or a line of scrimmage — and what embellishments did exist, like the ah, spiked football, served to accentuate the ridiculousness and violence of the sport. This cuts both ways, however: Moving the traditional Warhammer blood and guts schtick into the realm of an actual-bloodsport football game really allows the series to revel in the goofiness of its priors without being weighed down by all the exhausting pomp and bleak baroqueness of the more “serious” mainline product. In a very important way, every Games Workshop product is to some degree in on the joke its making, but it’s good that there’s a product where the silliness is the point — where you can have things like “Bloodweiser” hanging around and they don’t have to share place of prominence with an army of ratmen eating a village alive or the like.

Another part of what makes this better than Underworlds is that it’s just a more considered, cohesive experience. There’s an actual tutorial campaign this time instead of three rather overwhelming guided play experiences that zoom through the mechanics and then toss you into online matchmaking. The banter between the two announcers — a vampire and an ogre — isn’t anything award-winning, but there’s a certain level of baseline amusement to be found in, say, a guy who looks like Dracula named “Jim Johnson” that you’re not going to find in many other GW products, let alone ones that are just direct transcriptions of a tabletop game. Matchmaking and leagues are more robust, and the team-building stuff — this game’s version of miniature management — is a lot more engaging than the card system that Underworlds uses. Make no mistake, this isn’t a league sim of any sort; you’re not playing Football Manager with your Reikland team here or what have you, and this is still first and foremost a product that endeavors to faithfully convert a tabletop product to a digital one. It might not exclude many systems, but it’s not particularly interested in adding them, either.

There’s another aspect of the tabletop game that’s on full display here too, and it’s not one of the fun ones — the monetization and the constant, expensively titrated DLC. While you can currently buy the game with all of its DLC for $30, if you want to take the piecemeal route, you’re forking over almost $127 for the Official Expansion and then 16 other teams, each at $7 a pop. Bundles of the older teams will occasionally go on sale and you can sweep up a half-dozen or so at a time for $15, but access to all the content will cost you if you don’t grab it all up front. Not everyone is going to play every faction, of course, so pricing it a la carte is understandable to some extent, but the temptation is always going to be there to just buy the Norse or the Amazons and see how they play, especially after you lose to someone sporting the faction…and that’s how they get you. That’s how they got me, too, since I grabbed one of those bundles and we’ll be looking at them — and the game play in general — more in-depth in a future piece.

Another tabletop conversion, but probably the best and most iconic one that Games Workshop has licensed yet. Worth the $20 purchase point if you’re a fan of the tabletop game, obviously, but even for those who are coming to it new, the ruleset and atmosphere are fun enough that you’re not in for a cloying slog like you sometimes can be if you’re not naturally inclined towards the GW aesthetic.