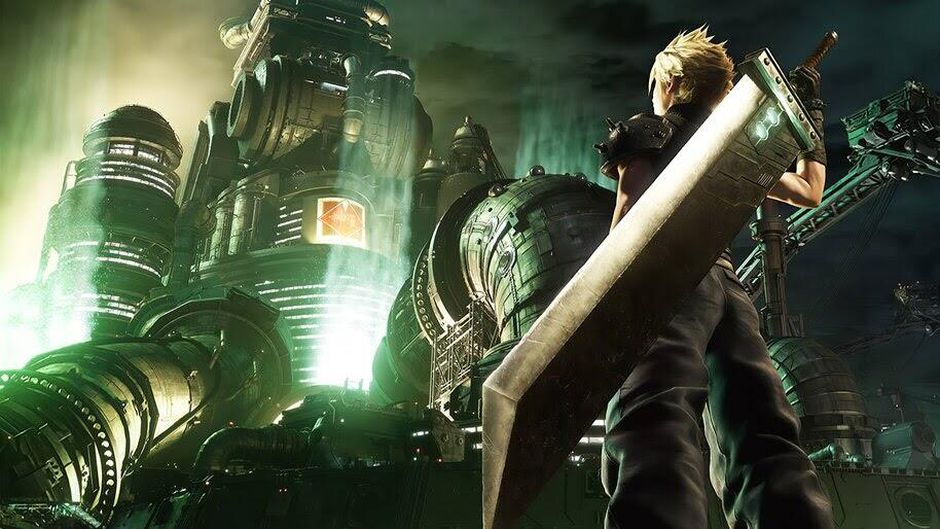 At Goonhammer, our passion for games extends well beyond the tabletop. Each week, Jonathan “Crion” Bernhardt reviews video games, even the ones that aren’t Warhammer-related. In today’s review, he’s talking about the recently-released Final Fantasy 7 Remake.

Final Fantasy 7 is not the best JRPG ever made, not by a long shot — you can make pretty solid cases that not only is it not even the best Final Fantasy game; it’s not even the best one in the original Playstation era, though that all of course comes down to taste. It does have a fairly legitimate claim to being the most important JRPG in video game history, however, for a number of cultural and historical reasons both too numerous and, to many, too obvious to spend an enormous amount of time on here. Suffice it to say that it was one of the first big crossover hits from the Japanese market in the greater Anglosphere, and one of the first big moments when marketing and sales people realized these games had significant inroads not just with younger teens, but with the incredibly important slightly older 18-34 male demographic — a goldmine of disposable income in the then-glory years of post-Cold War American economic dominance (and broadly speaking, still so today).

The game itself was poorly translated and localized into English, aimless and a bit silly in its middle chapters, and filled with baffling minigame choices (along with massive swathes of content that were just, entirely optional and miss-able, something you’ll never see today for cost concerns but was more feasible back then). But it buried itself into the imaginations of a generation of gamers coming of age and remains there, mostly undisturbed, despite a terrible CGI follow-up movie, a bevy of increasingly dubious spin-off games, and various other extended universe material. Mainly this was on the back of a villain whose fashion and presentation happened to be incredibly in sync with the appetites of young nerds at the time, and his One Weird Trick for making you take him seriously in a genre where most big bads are a bit of an impotent joke outside of the actual boss fights themselves. No other JRPG was ever really able to stick the landing on an Act 2 party member death like Final Fantasy 7 did with Aerith — it’s a trick you can only really use once, not in the least because it’s astonishingly bad game design to incentivize players to spend all this time grinding up a character and then throw that character into the bin — but it made Sephiroth, Cloud, and Aerith all undeniably iconic characters in the video game space.

Iconic characters, especially ones as valuable as the ones in FF7, get used. So it’s unsurprising that pretty much ever since the Playstation was obsolete, even as the cast began to show up in all-star lineup fighting games and Kingdom Hearts and eventually even former competitor Nintendo’s Super Smash Brothers series, there were whispers and rumors of a remake. Within the last six or seven years or so, those rumors began to take more formal shape, and despite some notorious development hell, we finally have Final Fantasy 7 Remake.

Final Fantasy 7 Remake is not, of course, an actual full remake of Final Fantasy 7. It is a re-imagining of the very linear first four to eight hours of the original game into a legitimate 40-hour product. The Playstation-era Final Fantasy games in particular, meaning 7 through 9, all have these incredibly iconic, sumptuous, well-paced and well-plotted opening acts — Midgar here; everything involving Balamb Garden, SeeDs, and the assassination plot in 8; the kidnapping of Princess Garnet and the escape from the Black Waltzes in 9 — that kind of devolve into aimless, oddly-structured midgames around the time you get an airship, and then completely lose the plot as budget and release schedule concerns come into conflict with truly nonsensical cosmic-level epic storytelling. While the death of Aerith is the most iconic single moment in the entire franchise, the most beloved section of the original game as a whole comprises the reactor bombing in the game’s opening to the flight from Midgar and the introduction of the game’s overworld. Final Fantasy 7 Remake aims very specifically to make this the very best, high-budget theme ride possible in that story space and more or less succeeds in every particular.

Of the playable characters — you get Cloud, Tifa, Aerith, and Barret in this game, with a teaser of Red XIII as an NPC — Barret is by far the most improved. The old translation did him absolutely no favors, but the new script comes not only with excellent voice acting by John Eric Bentley but expanded roles for a number of Shrina company villains for him to play off of. The remake Barret is less “angry black man” and more “terrorist Hulk Hogan,” and he gets the Heidigger and President Shinra he needs to really make that character concept work. For Cloud, Tifa, and Aerith there’s little to say except that the game does each of those characters and their relationships with each other incredible justice, especially the friendship between Tifa and Aerith. The remake’s willingness to hop off of Cloud’s shoulder and have, say, an extended story segment where just Aerith is in the party, or a mini-game with just Tifa and Aerith, or a bossfight with just Aerith and Barret helps a good deal. It’s important for Aerith to become a co-main character with Cloud given what is expected to happen in the next game, regardless of what they decide to change.

The remake looks and runs fantastically; it has a long initial load on an original PS4 when the game first boots, but after that load times are quite tolerable. If there’s any substantial critique I have of the remake’s aesthetic, it’s that modern Square Enix under Nomura has gone too far in the direction of photorealism and “modernity;” we no longer get characters like Quina from 9, for instance, and when a character is dressed strangely or provocatively it usually trends toward “runway fashion” rather than “whimsical fantasy.” Given that the character designs from 7 come from a different era in both the studio’s history and Nomura’s career, it’s a bit jarring to see Cloud, with his perfectly coiffed hair, photorealistically-rendered sleeveless blue wool turtleneck, and seven-foot-long sword sharing a sidewalk in what looks like Chelsea Village in New York City with a bunch of guys dressed like modern-day office workers — but that’s exactly what you get in the opening segment atop the plate right after fleeing the reactor explosion. Leaning fully into the eighties wrestler motif for Barret was practically a necessity; can you imagine a man his size with a chaingun instead of an arm just…acting normally in day-to-day life? Fortunately you never lose touch with the vastness and wonder of the environment in Midgar, however, because no matter how normal a train station or city street might look, you only need to glance at the skybox to see the glorious monstrosity that is the plate.

The combat system of the remake has earned comparisons to Kingdom Hearts and Final Fantasy 15, but it’s far more complicated than the single-button mashing of the former and frankly just better in every respect from conception to execution than the latter, at least as far as my personal tastes are concerned. Elemental weaknesses, materia synergies, and ability placement/timing are all key to high-level play in the game’s white room combat arena, and bosses will routinely force you to rethink your approach while not being so inflexible that you’re playing mother-may-I with the game to figure out precisely what it wants you to do (a problem Final Fantasy 13, another game in this combat system’s lineage, had by the truckload). Normal difficulty is a healthy challenge, and if you’re just in it for the story, easy mode will get you through without any worries about grinding or weapon upgrade optimization.

On the whole, Final Fantasy 7 Remake ends up in a bit of an odd spot. Both hardcore devotees of the original and those who never played the first game are likely to find themselves turned off by it to varying degrees: it requires a healthy familiarity with first game, but not a healthy reverence for it. Remake is the game for the person who enjoys Final Fantasy but thinks 7 was merely a decent-to-good entry in the series. In particular, the game takes a bit of a ham-handed swipe at the purists with certain plot developments and the themes behind them; that’s a perfectly fine trick to pull a couple of times at the back end of your first game, but poking the fanboys is not a laudable narrative goal in and of itself, and a multi-game series in particular is going to have to eventually find new tricks — especially since most of this is, in fact, what the hardcore fans remember.

There are questions about where the series is going to go next, though perhaps not as many as the last hour or so of plot would imply; while Final Fantasy 7 Remake certainly wanders up its own ass when sticking its landing, it ends up more in the “nonsensical cosmic-level epic storytelling” zone of the Playstation originals rather than the narrative Calvinball of Kingdom Hearts. While it’s unclear how many more games there are going to be in the 7 Remake series, the credits do open with the announcement that “THE UNKNOWN JOURNEY WILL CONTINUE,” and it seems somewhat inevitable that the next game in the series will structure itself around the disposal of a certain key moment in the story, regardless of how they choose to do so. Hopefully we’re all still in a place where we’re able to focus on video games when the next one of these drops in, oh, four or five years.

A full-length game with 40 hours of legitimate, non-procedural content, with an acceptable level of backtracking and side-questing for a game in its genre, and then probably around 5-10 more hours of post-game arena fight or Hard mode content. Immediately one of the better Final Fantasy entries in the series, and at least in this reviewer’s opinion well above the “modern” FF bar set by the 13 diasphora of games and Final Fantasy 15. Well worth the list price of $60; Playstation exclusive for now, but should be getting a PC release in a year or so.