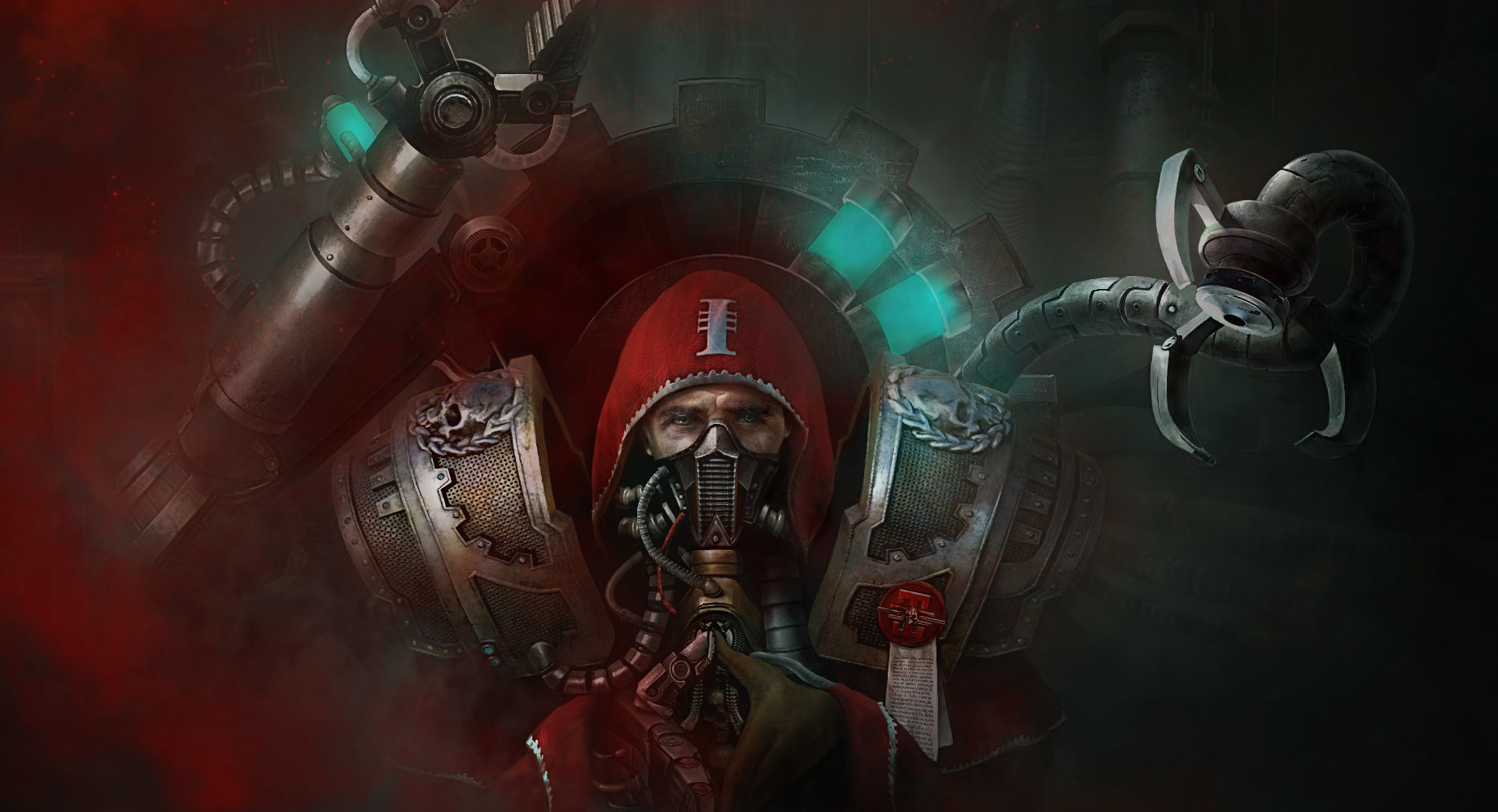 Many developers have attempted to capture the grim darkness of the 41st Millennium (and the high fantasy of the Old World) in video game form. Jonathan “Crion” Bernhardt has been diving into the games that use the Warhammer license and talking about what works, what doesn’t, and which ones are worth your time. This week, he’s tackling the add-on content for Inquisitor: Martyr, Inquisitor – Prophecy. If you missed his review of the original with its expansion content, you can find it here.

The biggest improvement up front is the addition of a fourth character class who isn’t an Inquisitor. Well, yes, he is by the lore a member of the Inquisition, but the game is quite clear on this point: for the expansion class they imported a Tech-Priest and made him a summoner. Whereas Martyr’s base game gave you warrior, rogue, and mage archetypes, the Tech-Priest is most analogous to Diablo II’s Necromancer. This makes him far more of a joy to play than his colleagues, both for the general reason that summons means flatly better damage output over time since you’re procc’ing more attacks per second and the specific reason that you no longer have to fiddle so much with controls that are trying to make you play a character action game that doesn’t quite measure up. This is the biggest problem that the previous Inquisitors other than the Psyker face: the game wants them to block or dodge-roll, and the game is not designed to support that sort of character-action focus.

The next point is extremely subjective, but…I have been reviewing the modern offerings from licensed Warhammer 40K games for quite awhile now, and the results have been very clear: the Adeptus Mechanicus are far more interesting and better-realized protagonists than the members of the Inquisition. Part of this is, to be frank, is that the Adeptus Mechanicus removes the concept of sexualized gender. No longer are the men writing these games being asked to write strong women, and defaulting to cartoonish ice queens in fetish gear — Martyr had this problem, but so does basically any title featuring the Adeptus Sororitas or their sisters in the Inquisition. Games Workshop has been getting better about this by degrees, but the best female character in the modern WH40K licensed canon is Sub-Domina Khepra from Warhammer 40K: Mechanicus, who as a mostly-mechanical rictus was permitted to actually show emotions from time to time.

Another, larger part of this is that the Adeptus Mechanicus cares about things. They’re finders and conservators of knowledge, and have reasoned academic debates about the utility of that mission. While their first impulse when they find a rogue AI living in the heart of a heretical dreadnought might still be alarm and the panicked impulse to try to destroy it, there’s a reason why the Tech-Priest’s campaign has him allying with said AI while the other three campaigns have the player-character allying with a crazed Space Marine. Nuance in storytelling isn’t good for its own sake — nothing in storytelling is good for its own sake — but importing the more open-minded and milder-mannered Tech-Priest from the Adeptus Mechanicus leads to a more interesting plot and less utterly grating dialogue. That’s a surprisingly large boon. And oddly enough, this game seems to have more to do with the actual Martyr in the front of its plot than the game actually named after that great space hulk did.

One thing worth noting if you haven’t read my previous review of Martyr is that this is definitely a controller-first game; you can play mouse and keyboard, it’s technically supported, but Prophecy feels just as bad as Martyr did if you actually try it. This isn’t a new concern, surely, but it it is one.

If there is a problem with the re-imagining that has taken place in Prophecy, it’s that it hasn’t gone far enough; the Morality system has returned. Ignoring the actual implications of “morality” in a Warhammer 40K game — namely, there is no such thing — this conceit has the same problem that was seen in the original Mass Effect trilogy with regards to the Renegade and Paragon meters: It is a game-mechanical imperative to ignore the actual implications of your actions and instead go decisively down one path or the other in order to obtain the highest-level benefits. This is mainly tedious, then, rather than indicative of real hard choices; by definition, the story is going to proceed apace no matter what decisions you make. That’s not great — it devalues “morality” to a series of aesthetic choices — but then, devaluing morality to a series of aesthetic choices is kind of Warhammer 40K’s entire thing. So at the very least it represents the product quite well in that regard. Story over. No moral!

This game retails for $25, and is worth it at that price point. I uninstalled Martyr immediately after finishing my review of it, and I likely will never go back to it for fun; not so with Prophecy. Neocore Games has legitimately learned from and iterated on their core concept, and made something worth playing — even if that meant removing much of the “Inquisitor” from the series named after them and replacing it with characters from the Adeptus Mechanicus. Upgrading this from “buy on sale if you’ve got nothing better to spend money on” to “get this if you like ARPGs with mainly controller support.”