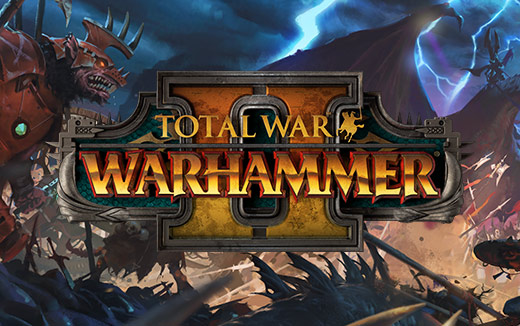 After nearly a year of game reviews beating around the metaphorical bush, we’ve finally arrived at what some consider to be the pinnacle of Warhammer game translations, a massive work spanning two titles capturing the lore and feel of Warhammer’s Old World. We’re covering Total War: Warhammer. Over the next few weeks, Chase “Gunum” Garber, along with several other Goonhammer contributors will be writing a series of articles talking about what makes this game so great, how to get started with it, and how to get the most out of an incredibly deep, ever-expanding experience. This week, Chase is tackling the basics you need to know to get started with the game.

I want to lead this off by saying just how excited I am to be able to review this game for everyone. As a Warhammer fan and as a massive fan of the Total War series in general, this is a bit of a dream come true for me. I’ve invested more than 500+ hours into this game since the release of Total War: Warhammer and I have found myself repeatedly getting lost in the details of how differently each faction plays, not to mention the different feel of each faction’s Legendary Lords. At Goonhammer, we like to talk about the games we love, and I love Total War: Warhammer.

So What’s So Great About the Total War Games?

Total War is a series of strategy games developed by a studio called Creative Assembly. Established in 1987 (Class of ’06 Stand Up!), Creative Assembly is one of the oldest and largest UK game developers, with a talented staff of more than 500. Their Total War games combine turn-based strategy and resource management with real-time tactical control of battles. The first of the series, Shogun: Total War was released in June of 2000 and that’s where I started. So I’ve been playing their games for twenty years. I’m not old, you’re old. Shut up.

Total War: Warhammer and its sequel (which is more of an add-on to the first game) are among their most recent releases, bringing the format to the Old World of Warhammer Fantasy Battles.

At their core, the Total War games focus on empire building, typically through conquest, but diplomacy is also an option. In Total War Warhammer, each faction starts with its own capital city and control of one province of the map, plus a goal that determines what that faction must do to win their campaign. These vary by faction – the glorious Empire of Sigmar  has to hold a lot of provinces, while the hordes of Chaos must raze every city they touch to the ground. In addition to a unique goal, you’ll also be able to select a legendary lord for your armies, who are typically powerful fighters such as Karl Franz, leader of the armies of the Empire or Grombrindal the White Dwarf. For players interested in more than just conquest by battle, the game has a political system that allows for the creation of treaties and alliances. Forging Trade treaties to increase your money per turn or crafting military alliances to help defend your lands are key tools in your arsenal. Compared to previous games in the series however, like Medieval: Total War, where you could send princesses to be married off for political games, or Rome: Total War 2, where public order and tracking naval trade routes was essential to maintaining your economy, diplomacy has been toned down. If you want to conquer the Old World, you’re going to have to fight, and that brings us to the meat of the game.

If you are new to the Total War series, combat in their games might seem a bit complicated. Generally, there are three types of battle you’ll participate in during the campaign: Open Field battles that happen while exploring the campaign map, Siege battles that occur when attacking or defending a province’s cities, and the excellently-crafted – but a bit claustrophobic – ambush battles that take place in the tunnels controlled by Dwarves and Skaven forces. Once in combat, you’ll be tasked with organizing and deploying troops on the battlefield. The battles themselves are reflective of the Warhammer Fantasy Battles aesthetic, with forces marching in tight formations, similar to what you might picture combat with the Romans and Gauls looking like, except with small flags above each unit’s head telling you what their murder job is (bows for archers, spears for spearmen, etc.).

When you aren’t fighting to hold or capture territory, you’re going to be on the campaign map managing our ever-growing nation. You do this by spending the gold you earn each turn to upgrade your settlements in various ways. As your towns increase in size, you can improve your cities, adding defenses and fortifying them against sieges. As you expand, you’ll need to make some hard choices between building a stronger military or managing public order with goods and services like festivals or city centers. Managing your public well prevents rebellions and uprisings, and managing your military keeps upkeep costs low. I’ve had many a Brettonian campaign effort fall apart because I wasn’t paying close enough attention to how much money per turn my armies of knights were costing me until it was too late.

The campaign itself is divided into turns and there are so many factions in the game, especially with the combination of the mortal empires DLC, that just waiting for your next turn can take a significant amount of time. However, observing these turns does have value in-game, allowing you to see what your closest rivals are up too and monitor their agents.

Hasn’t this game been out a while?

The original Total War: Warhammer came out in 2016 and if you’re a Warhammer fan you’ve probably seen this game around. You may even currently own it and it’s sitting greyed out in your Steam library right now. Well let me tell you that whether you’ve been on the fence for four years or played your share and forgot about the game, there has never been a better time to pick it up. Both because of new opportunities to play with friends online and the influx of new DLC that keeps the game fresh, there’s a lot here to occupy players new and old. And if you didn’t love the experience the first time around, try a different faction or mode – the co-op campaign mode provides a fresh take on the political landscapes you may have played. When you want to play as Dwarves but your friends wants to play as Skaven, it can really make combats a wild time.

And if been playing a while but have only focused on single player, consider giving competitive multiplayer a shot and throwing down against internet randos. One really interesting thing about this 4-year-old game is that it still has a booming competitive community. There are almost weekly tournaments held by a collection of devoted Youtubers and Twitch streamers for players to test their mettle. One reason the game keeps seeing updates is because it has a dedicated community who have kept it alive and encouraged the developers to keep creating that content.

We’ll be talking more about co-op and competitive multiplayer in future articles.

Is this one game or two?

“So Gunum, where can I get this amazing game you seemed so hype about, what’s it really going to cost me?” Well that’s a great question, dear reader and I understand your desire to pick it up at your earliest convenience. Total War: Warhammer I & II are two separate, fully stand-alone games, each with their own single player content and different factions to play as. However in most respects, Total War: Warhammer II also acts as an add-on expansion to the first game. You can own each separately and play them without the other, but to have full access to every faction in the Old World, as well as the games’ massive combined campaign map you will need to own both games. So having both games on your account unlocks the full experience, giving you the Grand Campaign, which takes every faction and pits them against each other in what becomes a truly global experience. The primary place to purchase these games is on Steam, where each retails for $59.99.

On top of the content in each game, there’s also another $80 or so in DLC available, which covers additional factions and lords that can be added to the game, such as the Norsca, Bretonnians, or the vampire lady Isabella von Carstein. These vary in cost, ranging from “free” to upwards of $20, depending on the content. My personal favorite of these is the Vampire Coast DLC, and you’ll also want the Blood for the Blood God expansion plus the new Warden and the Paunch lord DLC. As a fan of the old models, seeing these heroes translated to 3D and animated is worth the price of admission itself.

In the play style of Total War, Creative Assembly delivers a home-run for all of us fans who wanted to see our favorite models brought to life. I own a substantial Tomb King collection as well as a detachment of Wood Elves, and being able to pit -exactly- what I own in real life against foes both living and AI-controlled in premade battles is an absolute joy to behold. This game’s combat and campaign mode – not to mention the numerous Easter eggs – makes this an incredible purchase for fans of the Warhammer Universe and strategy games alike. Seeing the Mortal Empires DLC, which combines the two maps of the first and second games, was incredibly rewarding and something I actually didn’t think would happen. Creative Assembly really put love into this game and it shows, from the glimmering towers of Lothern to the stone monoliths of the Lizardmen. I can’t recommend this game enough.

This is no simple one-and-done review! Over the next few weeks we’ll be covering the game in more detail, talking about how you can get started, tips and tricks for having a good time playing, and competitive strategies if you’re planning to get into online multiplayer. We’ll also be having discussions with Top Players in the competitive scene. Whether you are fresh to the game or a seasoned vet, we’ll have something for you, so stay tuned.

And as always, if you have any questions or comments, drop us a note in the comments below or email us at contact@goonhammer.com.