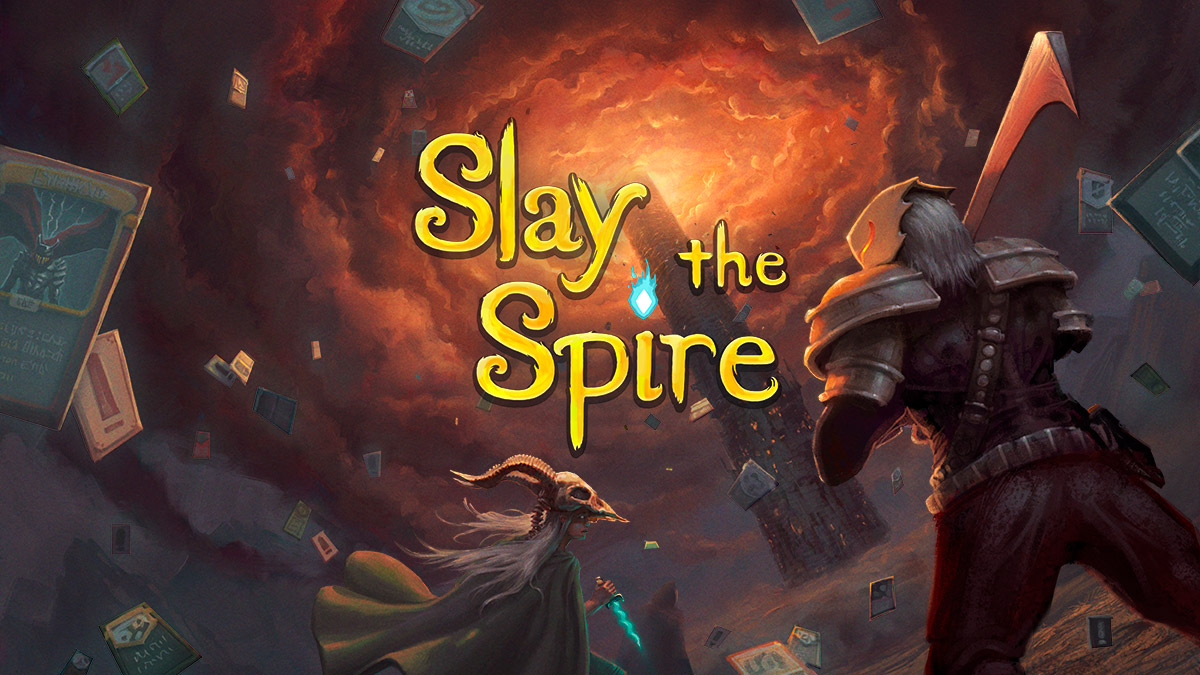 So yeah, Slay the Spire is a pretty amazing title.

Digital card games have exploded into the gaming consciousness over the past ten years or so, mainly due to the increased focus on mobile gaming and the attractiveness of the card game as a mobile title, both in its low asset overhead and its monetizable repeatability. Online poker has been big ever since the internet got enough infrastructure to start supporting it, obviously, but its market remained limited mostly to audiences who gambled in that fashion in the real world — usually men, usually older, usually of some means — and it was only relatively recently that the business innovators responsible for such things realized that by hiding the money surcharges everywhere but a direct wager on an outcome, they could easily circumvent the text of gambling ordinances and regulations while gleefully violating their spirit.

Not every card game out there is a money trap looking to soak rich kids’ parents’ credit cards, though; some of these digital card games are intense games of skill rather than Skinner boxes designed to wreck your bank account. Slay the Spire is one of — perhaps the — best of them.

As stated before, the framework of the game is simple. You choose one of four characters, all of whom operate slightly differently and have a different possible pool of cards to build their decks from, and you make your way up the Spire through three (or four, later) “acts,” each capped with a major boss fight. This is not a collectible card game — unlike games such as Hearthstone or Magic: The Gathering Arena, there’s no set aside group of cards which is permanently “yours” that you pull from to build a deck. The cards themselves all describe individual actions or moves or spells that the character you play is capable of doing, and when you have a card, it is always part of your deck until you get rid of the card, die, or win the run.

Gameplay is simple: Each turn you have a set number of energy points, which are the resource used to take actions. You draw a hand of a certain size, anywhere between 5 and 9 or so cards depending on what special passive bonuses you have active, and each card has on it an energy cost between 0 and 3. You play as many cards as you want given the energy you have, and then discard whatever you don’t play into a discard pile. Your opponent takes their turn. Then you draw a new hand and repeat, shuffling the discard pile back into your deck when your deck runs out of cards. In practice, therefore, you are just constantly cycling through all the cards in your deck, just in different groupings.

Cards generally do one of three things: they deal damage to an enemy, they add ablative temporary hit points called “Block” to your character which normally disappear at the end of your opponent’s turn (such that they absorb damage your opponent does to you, then reset), or they change the field state in some way — either granting you some passive ability (e.g., “when you apply this status effect to an enemy, draw two cards”) or applying some direct stat buff or debuff to you or your foe. Like all truly good card games, the mechanics and your ability to manipulate them get more complicated as your skill level progresses — there’s the concept of exhausting cards, for instance; a card with exhaust gets used once in battle and then doesn’t get shuffled back into the deck — but the basics are really quite basic.

And no matter how good you get at simply playing the specific instances of the card game in Slay the Spire itself, you will never come close to mastering it unless you understand the larger, more important game being played between instances of actual combat: assembling, maintaining, and upgrading your deck.

The spots on the map that are not combat encounters — the ? that usually resolve into events; the treasure chests; the shops; the campfires — all impact this second game, allowing you to manipulate your deck in various ways to make sure it’s up to the task of winning the fights that really matter: the boss fights at the end of each act. Yes, one of those ways is adding cards, and yes, fundamentally, adding cards is still the most important single task. After all, you begin each run with five basic attacks, five basic blocks, and a few common cards that hint at the directions that you can take the character you’re playing. You’re not going to slay the Spire with that.

But arguably just as important as adding good cards to supplement those basic attacks and basic blocks is, eventually, getting those starter cards out of your deck — after all, since you’re constantly cycling through it, every bad or useless card in the deck is a card that makes you less likely to draw a card you want in any specific hand, and makes you draw a card you want less often over the course of a long fight.

Then there are campfires, where you can choose to rest to restore your character’s health… or, you can upgrade one of your cards. Upgrading a card is a permanent buff that can be done once to any card in your deck, and improves its operation by either increasing the potency of a numbered effect (say, increasing damage done from 2 to 3) or decreasing the card’s energy cost. What cards you upgrade will play a huge part in the success of your deck, and the more often you can upgrade instead of resting, the better you’ll be — it’s a snowball effect in both directions: upgrading early leads to a better deck which leads to more upgrades, while resting early leads to a worse deck which leads to more resting.

At high levels of play, being able to win the deckbuilding game is the game. Once you’ve hit the Ascensions, which is the tier where the game really stops playing nice with you and buffs your foes’ numerical advantages and even play AI while removing some of your crutches, like lowering the number of potions you can carry (potions are on demand powerful effects that don’t require energy to use) from three to two, each individual fight is only really important in the context of how it prepares you for fights down the road. You understand that there are situations — many of them! — where it’s preferable to skip adding a card to your deck entirely rather than add a suboptimal one. There are situations where you realize it’s worth not resting and risking a failed run early in the first act in order to get an extra upgrade in.

And eventually you’ll find yourself in that one moment where the game will unlock before you: Early in the run you’ll be offered the choice between a garbage card, a monumentally important keystone card that is necessary for the success of the entire deck but which doesn’t do much for you right now, and a decent card that will become less and less viable over time, and which you might eventually eliminate from the deck altogether. New to the game you’d have chosen the garbage card because you liked how the mechanics sounded without knowing how they’d work. As a journeyman player, you’d have taken the keystone card you need in the endgame, even though you don’t have the supporting cards you need to really activate it right now.

As someone who has truly beat Slay the Spire, you’ll know that the card to choose is the third one, since you need to beat the first and second acts to get to the third (and eventually, fourth) acts, and there’s absolutely no guarantee you’ll ever get the cards to make that incredible prized keystone card worthwhile. You might draw in a different direction entirely. On lower levels of play, you can get away with choosing the flashy but not-currently-useful card; in the higher levels of Ascension, that will kill you.

The use of the second person here is incredibly intentional, of course; I’m still very bad at actually evaluating card worth in the moment. But watching streamers routinely beat Ascension 25 it becomes clear that they’re more or less playing an entirely different game than the one I’ve been muddling through for some 40 hours with mixed results.

Final Verdict: The degree of skill involved in high level play here is the sort of thing that should draw any serious card game fan, from poker to Magic. The level of replayability, and the ongoing addition of content — a new character was just added in the last couple weeks, in fact — should keep them. It’s $25 on Steam, buy it already.