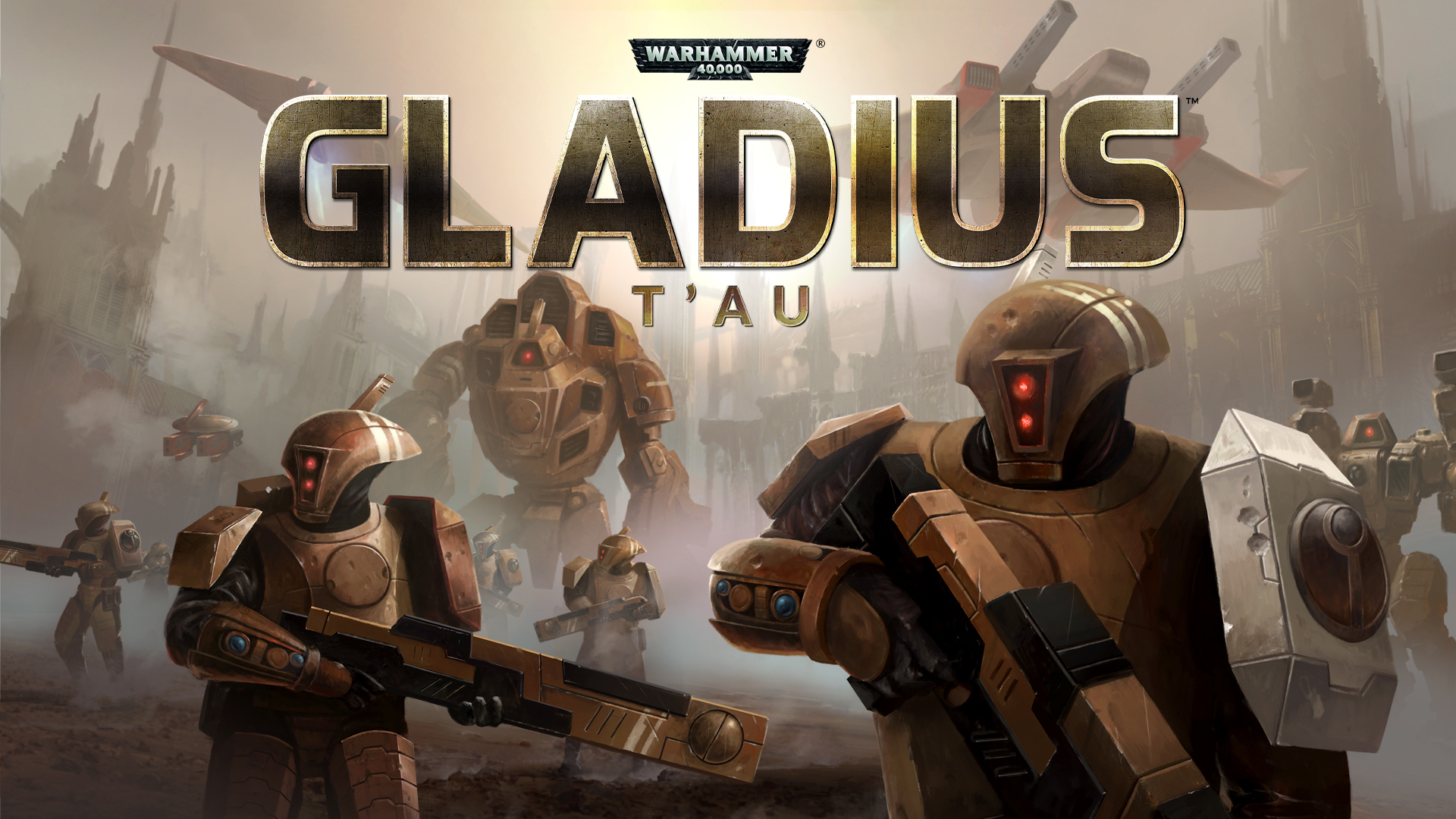 We discussed in broad terms the merits and shortcomings of Warhammer 40K Gladius last week; this week we’ll talk specifically about the T’au expansion, as well as what a game of this 4X roughly looks like.

We’ll be starting with a full map on Huge, two allies (both T’au) and two allied factions, one team of two and one team of three. It’s useful to throw in allied AI players from the faction you’re playing — not so you can actually learn anything from them, but so you can see what the AI rushes and to what degree it cheats. The cheating is in the resource calculation, which you could Google but you can also just tell by observing how it works: the AI won’t produce soldier units faster than you, but on higher levels they will never have to make the opportunity choice between producing a soldier unit and doing something else.

Anyway. You’ll spend the first ten turns doing basically nothing but clicking your starting soldiers around the map and hoping you run into something interesting; the way the seed works, you should hit Outpost points every 3-4 hexes in any direction — they’re the hexes with the hashed blue outlines in the screenshot. These things produce resources so long as they’re occupied or otherwise maintained (the Space Marines, notably, have a defensive structure that will auto-occupy them for the low, low price of 80 influence) and are your stepping stones out into the larger world. This beginning phase of the game is basically static for every faction; you never really have to worry about neutral units taking your unguarded city like you do in the Civilization games, both because your city has automatic defenses and because the neutral unit AI is balanced towards disengagement, baiting, and outright trolling.

Two things are important in this screenshot; one of them is T’au-related, and the other is not. The first thing — my T’au (blue) and my T’au ally (blood red) have both gained a unit. Mine is a Vespid Stingwing brigade; my ally’s is a Kroot Hound pack. This is the specific strength of the T’au faction in this expansion: They can recruit from the wildlife, which makes them simply play faster and smarter than most other factions. Every recruited wildlife enemy is not only an additional unit you have in your corner in a game that’s all about combat — it’s a unit you don’t have to waste resources on killing.

The second thing is that structure in the top right. That’s an Imperial Bastion — don’t let the name fool you, it’s hostile to Space Marines and the Imperial Guard as well. That thing will chew you up and spit you out, requiring you to spend multiple armies to take it (you probably want hero units, too), mainly because it doesn’t take damage mostly at all except from vehicles higher up your tech tree. That’s probably around turn 40 or 50, for most games on standard pace. You’ll notice the thing it’s protecting — that hedron floating to its immediate southwest. This is an “artefact,” and artefacts are the strategic control points for the entire game. They can increase your units’ movement points, add hit point and damage buffs, and even, uh, destroy the planet itself. Not all of them spawn so close to one of these Bastions, but there will usually be one in the area.

You’ll probably spend another 20 turns securing the surrounding area and slowly building up your main base; some factions build quicker than others, but the default experience — and the one the T’au have — is a main city that grows…very…very…slowly. There’s one production queue for buildings, and you can’t rush it. The surprises and growing pains you’ll have on these turns will mainly be attributable to walking into enemies in the fog of war, and running into enslaver neutrals that steal your units (killing them gets the units back, but they’re pretty hard to kill).

Here we are on the 30th turn, which is when you usually get your second chapter quest — you can see it there in the corner, Virtue Before Duty, asking me to research a tech I acquired around turn 12 and build it, which I haven’t yet because of the aforementioned construction bottleneck — and everything I’ve done can fit on one screen. Not for my blood red ally, but again, they get to cheat; the teal ally up in the mid-right start point is having a harder time of it, mainly because they’ve run into the Necrons who began lower-right, and our lower-middle ally decided to push up to the map center instead of into the Necrons.

You can see in the top right that I’m engaged in a slog against a couple neutral armies; I’ve been up there for about five turns now, and those are the dents we’ve made in each other. I suspect I’ll still be litigating those outcomes around turn 38. You can see my city is at pop 6/7 but is only occupying 3 squares; this is, again, due to the bottleneck in production. In the lower-middle portion of the screenshot, you can see the bizarre instance of some MV1 Gun Drones presenting as neutral; that’s because the enslaver units can enslave wholly robotic units, which doesn’t make much sense but we’re rolling with it. Those things die quickly.

The strategy from this point forth is to link up with my blood red ally, press right into the lower corner and get rid of these Necrons behind us, then drive upward to take the rest of the map. But…I’m not going to do that. I’m going to end the review here.

I don’t like this game. I don’t think that it respects my time as a player. I don’t think it presents interesting or fun choices while it establishes the gameplay loop, and in the instances I’ve taken a game past the 50th turn I don’t think it has a compelling mid-game to make it reasonable to plod on through towards. I doubt the late game is compelling either, and even if it is, a 4X that only gets good on turn 60 or 90 is a 4X that has failed its mission statement. I think Gladius was made by talented people, but they were pigeonholed into an IP and a genre combination where they were doomed to fail even before they set out.

Final Verdict: If you’re a real 4X fan and this entire package goes on sale for $15 during some seasonal blowout, it’s probably worth seeing what’s what. At the very least, it won’t take up space on your hard drive. But if you want a flawed but interesting attempt at a 4X, the Endless Legend and Endless Space games are right there.