9th edition is coming, with Warhammer 40k set to be transformed. Starting this week, Games Workshop have been posting details of the new edition every day, with Twitch streams and Warhammer Community articles giving us a tantalising look into the new edition.

Following on from the 9th ed announcement stream on the 23rd of May, Games Workshop promised daily posts and updates on the new edition, starting from the 1st of June. They’ve certainly delivered, with a flurry of posts on all kinds of topics – new game modes, new art, new units, and of course a look at the brand new approach to Matched Play. We talked about the initial reveals when they first happened here, and we’ve been paying close attention to all the new reveals.

For reference, here’s a full list of articles published this week:

New 40k: The Game You Love… But Better
Rise of the Skorpekh Destroyer
Join the Crusade
Warhammer 40,000: Matched Play, Points, and an App!
The Art of #New40k
Taking Command of Your Points!
Four Sizes Fit All!

We also transcribed the Matched Play Twitch chat, which you can find here:

And here’s what we’ve learned from them. As usual, we’re only going to talk about what we either know definitively based on what has been revealed, and what can be deduced from those reveals conclusively.

On the same day that the Warhammer 40,000 pre-orders go live, a new app will be launched alongside it, providing several cool features to help you, including a full matched play army builder. The new app will do a number of things to assist players with their games, but one of the most useful will be the ability to build army lists using the updated points values and Detachments. We’ll have more on the Warhammer 40,000 app soon, so watch this space! 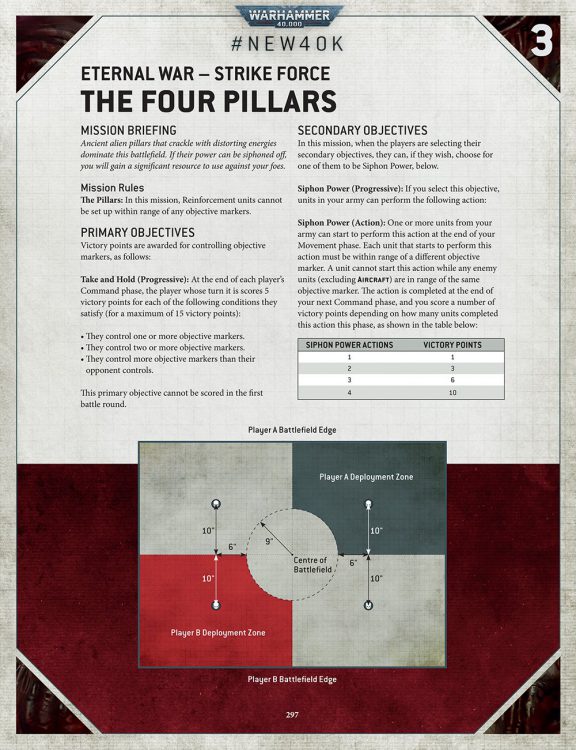 We got a look at some great new art from the 9th edition rulebook. It’s appropriately 40k – properly grim and miserable. Here’s just one example, check out the rest on the article linked above: 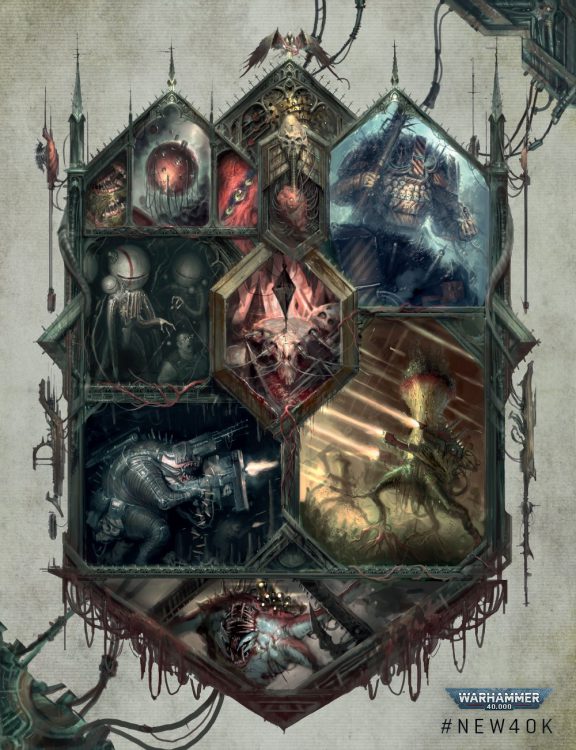 Necron players got a closer look at the new Skorpekh Destroyer. Mostly this focused on the rad new models, but we also learned about that gigantic sword – it’s a hyperphase reap-blade, a melee weapon giving S+2, AP-4, and damage 3. Nasty! The expanded image also showed off that there’s another, smaller kind of weapon on the way – we’re excited to find out more. 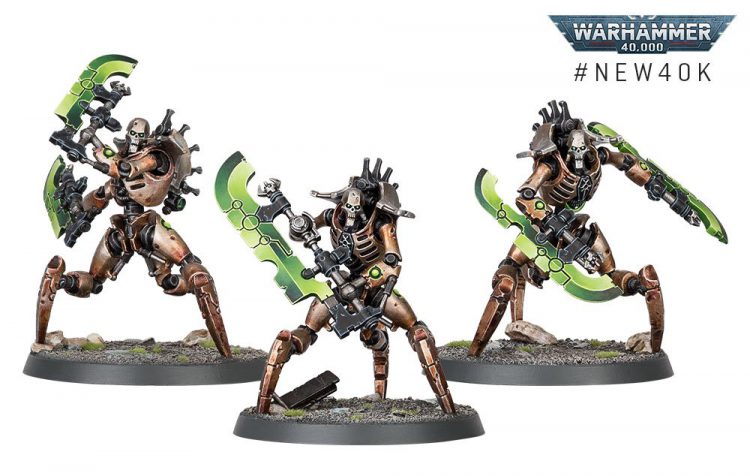 That’s a lot of changes, and it’s only week one. This is shaping up to be way more than the “8.5th Edition” some were speculating we’d see when rumors of a new edition first started swirling. This is a major overhaul!

First, let’s talk about the good: The thing that has really shone through in a lot of the posts this week, and especially so if you’ve been paying attention to the Twitch streams, is that the new edition seems to have been designed very thoughtfully. Stu talks intelligently about the changes they’ve made and why they made them, and the rules snippets we’ve seen definitely seem a league above what was normal in 8th edition – much clearer, more systematic and overall just better thought through. I don’t want to say that it’s unexpected from Games Workshop, but it definitely feels like the rules design is more assured.

The new missions seem like they take a lot of the best of what obviously inspired them – the NOVA and ITC formats – and make it a little more GW in execution, partly because GW have a lot more freedom to mess around with the core rules to create things like actions which the ITC, for obvious reasons, mostly didn’t do. The secondaries also seem to be much more varied and imaginative than what we saw from NOVA and the ITC, which is exciting to think about as well. Objectives based around Psykers performing rituals or interrogating an enemy’s mind seems like the perfect intersection of competitive and narrative play.

Fixed CP for points sizes and extra detachments costing CP rather than awarding it also seems like a step in the right direction. Some players are understandably spooked – if you’ve been playing a triple Battalion Ork list for a while and 8th is now suggesting you might not even want to pick more than one Battalion, that’s a huge change to playstyle. Hopefully as we learn more it becomes a little less of an issue for those players and the armies can be adapted to the new format.

Touching on the less great point, the board size change is a big open question. Yeah it says “minimum” and you can just play on 6×4, but both the LVO and Adepticon have already confirmed that they’re intending to use the new minimum size, and where the super-major events go, most others follow – nobody wants to be practicing on a 6×4 board and then turn up to one of the biggest events of the year and get hosed because they’re used to playing in the wrong space. We’re not wholly convinced the change is about great game design so much as it’s based around the size of a KT board, which itself is dictated by the size of a standard GW box, but it’s a question that can only really be answered by live play and hopefully we’ll turn out to be wrong and it’s fine.

Other than that, a positive first week of 9th edition reveals, and we’re looking forward to more.