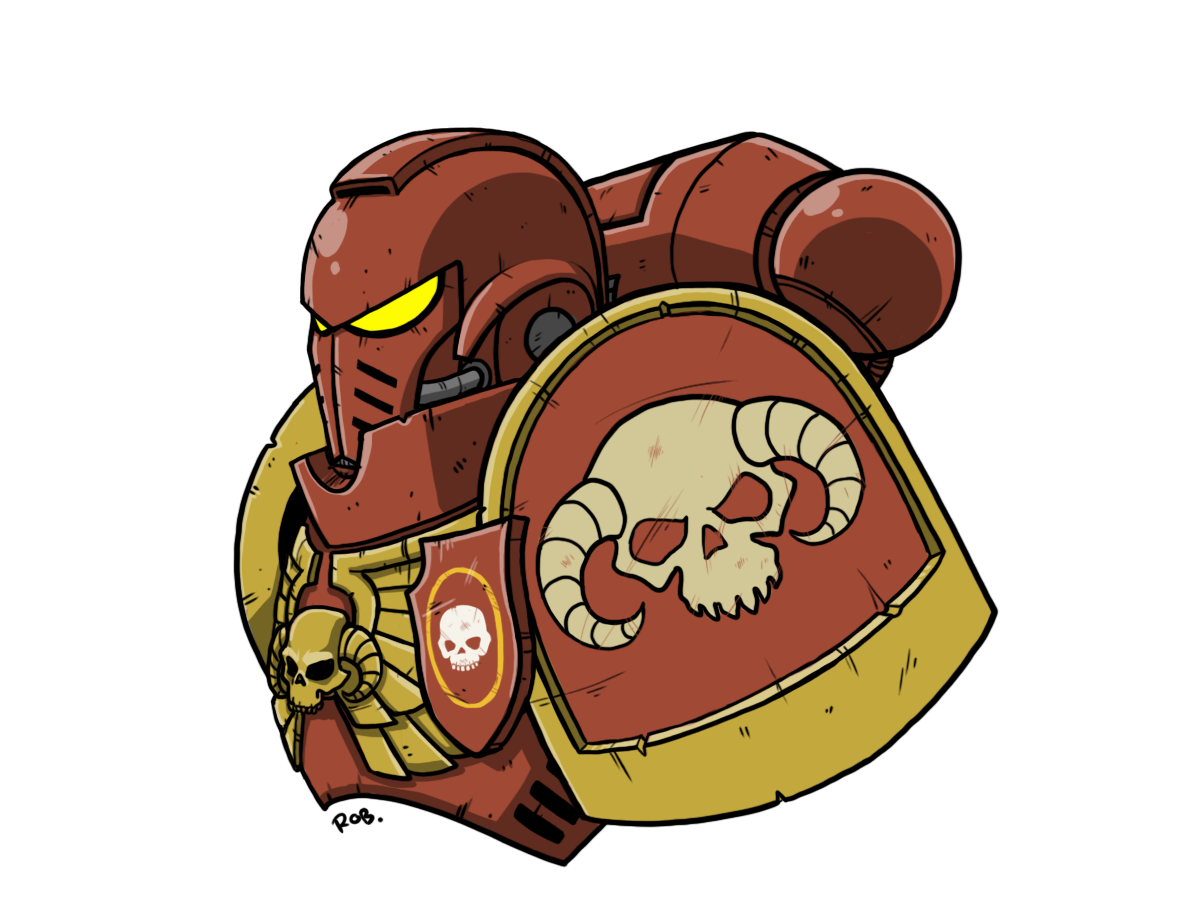 In what has become an inevitability for 9th edition, March’s White Dwarf brought us another Index: Astartes article, fleshing out one of the lesser-known Space Marine Chapters. This time it’s the turn of the Exorcists.

The Exorcists aren’t a Chapter of any particular renown, though they’ve shown up from time to time in the fluff including as one of the also-rans in the Badab War. However, what lore they do have is pretty cool, being specialised daemon-hunters with close links to the Inquisition and the Grey Knights. If you’re into the idea of a Marine Chapter of esoteric weirdos with runes and magic symbols but who are not into Chaos, then these are the guys for you.

The Chapter Tactic: By My Will I Deny Thee

Like the Emperor’s Spears, the Exorcists’ tactic is a combination of two of the base codex Successor traits; in this case that means the Stalwart (unmodified wound rolls of 1 and 2 always fail) and Warded (5+ to ignore mortal wounds) abilities. If you’ve read Start Competing: Space Marines, you’ll know that in our opinion these are pretty mediocre. Stalwart is a little better than it was with the amount of +1 to wound out there in the world now, and ignoring mortal wounds on a 5+ is nice, but neither of these would be our first choice from the Successors list and both together is pretty underwhelming. It does fit the Exorcists pretty well fluff-wise though.

An Exorcists Warlord can pick from one of the following three traits:

Nothing here stands out as being so insanely good that you should pick it, but none of them are horrible either. I particularly like Erudite in the Verses just because pocket smites are fun and being able to carry around a Deny is helpful.

It’s also worth noting as we did for the Emperor’s Spears review that you can get access to the Imperial Fists Warlord traits thanks to a loophole with the “second Warlord trait” stratagem – which we could really do with GW fixing to work properly if they’re going to do bi-monthly Chapter releases like this.

An overall ok set of relics. Cessation is whatever, but the other two are at least worth a look, which is a nice place for a supplement like this to be.

So, first of all, I now have an idea for a black metal concept album where every song title is taken from the ability names on offer here. Definitely big points in that area, so great job.

With that out of the way, how does all this come together as a package? Well, you’re still an Imperial Fists successor, which if you’ve read the most recent meta review does not exactly bode well for your chances. You’re also not starting off great with a weak Chapter tactic. However, you do get a few tools that can help you out here – first, a couple of your relics and stratagems are useful against meta-leading armies, particularly Chaos Daemons and to a lesser extent Death Guard and possibly Harlequins too, and you even have extra game against Dark Angels thanks to Spiritual Resolve since their powers are a) good and b) mostly targeted. Orison Cult is also pretty handy, since it lets you overcome one of the weaknesses of mainline Fists, i.e. a minimal number of ways to get into their preferred doctrine. Ultimately there’s not really enough here to overcome the baseline weakness of being stuck drawing from the worst Codex Supplement in the game, but if you’re playing in a meta with a lot of Daemons these might be a fun counter-pick to try out, and if you’re the one guy who already owned them then good news, you’re now in possession of the best set of rules available from the Imperial Fists book.