And lo, Beanith wept, seeing as he had more Righteous Warfare content to review and old quotes to butcher.

Welcome to the third part of the Nachmund Flashpoint: Righteous Warfare series where we find out what happens when a unit reaches a Righteous Tally of 8, or as TheChirurgeon put it, you’ve become so holier-than-thou that you no longer accept orders from your superiors, even if the order is “murder those assholes, but do it better.”

As it turns out, that unit will achieve the rank of vengeful puritanical believers who are able to channel their righteous wrath into every strike they make against their foe. And yet still they must also shoulder the burdens of failure in the eyes of their Divine belief should they fail in their name. Let’s check out the details of all that in this month’s Flashpoints.

Before we do that however, if you missed the last two articles, you can find them here: 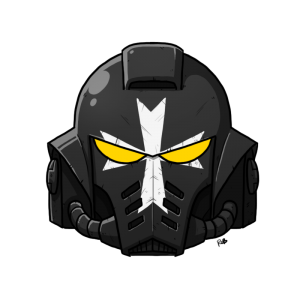 When a unit reaches a Righteous Tally of 8, not only will they gain the Puritanical keyword, but also get to choose between a Righteous Weapon Enhancement (see below), a Righteous Relic, or a Righteous Battle Trait (see White Dwarf 472). This Battle Honour will also not count towards your limit of 6 Battle Honours, nor will it increase that unit’s Crusade point total.

Alongside this, when fielding units with the Puritanical keyword in your army, you have a few more rules to follow:

Beanith: I find it incredibly amusing that your Puritanical unit has become such a burk, it actively lowers everyone’s morale just to be around them as they go on and on about their special relationship with the Divine Hamster or Holy Spoon etc.

TheChirurgeon: OK I take back everything I’ve said about the Righteous Warfare stuff (note: remember to check if I said anything negative earlier). This is hilarious. I absolutely love the idea that your characters can get so On One with their faith that they just stop associating with other people in the army, and the new recruits just see them as annoying weirdos. And by normal 40k standards that is saying something.

Holy Dedication will, for one Req, increase a unit’s Righteous Tally by one if they have gained a rank or were Marked for Greatness.

Beanith: I say largely pointless as I find Requisition points to be better spent elsewhere. Say such as increasing your Supply Limit another 5PL.

TheChirurgeon: I don’t know – once you get a unit or two up to Puritanical status, I think this becomes way more important, since every new unit you add needs to be converted pretty quickly. So this one isn’t great at first, but I think if you’ve been on the Crusade a while it’s pretty useful. As fun as it is for your one weirdo Chaplain to get Puritanical bonuses, it’s a lot less fun if he can’t use Canticle of Hate on nearby units that were just added to your roster.

Beanith: I felt a great disturbance in the Crusade Force, as if millions of Campaign Masters suddenly cried out in terror and were suddenly silenced. I fear something terrible has happened. This chart runs from Good all the way to Broken as Fuck. The idea of a Fire Dragon Exarch with a Miraculous Blow Fire Pike should frighten the ever living shit out of anyone by throwing out D6+4 Mortal Wounds helped along with a Strands of Fate die. Suggested fix would be to limit the Enhancements to D1-3 weapons.

TheChirurgeon: Miraculous Blow is fucking insane. It’s so out of line with the rest of these and incredibly insane on Eldar models or anything with a chainfist that I cannot fathom what they were thinking here. As a GM I’d probably limit this to 3 mortal wounds per phase because what the hell. It’s just such insane nonsense. 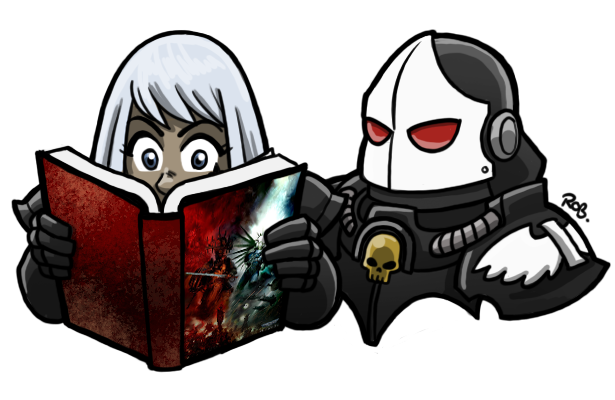 Why settle for cool Battle Scars when you can have… extremely surfer voice Righteous Battle Scars? If your dead unit has a Righteous tally of 4 or more they must take a scar from this list (or the cowardly option of a Devastating Blow), and Puritanical units just have to take one of these like a champ (and spend 4 RP on Righteous Atonement like a coward). And brother, these are just flat-out mean.

Beanith: Re Driven, please do try not be that Pre-Ravenwing FAQ guy and try to claim vibrating in place counts as movement. A Puritanical units with Flagellants will be almost certainly need the 4 Req Righteous Atonement used on it ASAP lest it gain even more Righteous Battle Scars.I should be more down on Righteous Battle Scars being too mean but quite frankly if your using the Righteous Warfare ruleset, you deserve it. Grumpy pants aside, I’d probably just cap Righteous Atonement at 3 Req and remove the -2 on Flagellants to tone things down somewhat.

TheChirurgeon: These are just brutal, to the point where I don’t think the upsides of becoming Puritanical are worth it, with the exception of Miraculous Blow. They’re pretty flavorful though so maybe it’s alright. I don’t know if I’d change them without testing them first, especially since you can just remove them.

Beanith: Overall for Righteous Warfare, not a bad effort despite some major concerns with Traits and Enhancements lacking keyword restrictions. It’s a great system that’s generic enough that any Crusade force can use and have fun with. Sadly it’s spread across 3 separate magazines but that just means I get to push TheChirurgeon’s idea for a Yearly Compendium of White Dwarf Flashpoints that could be hosted on some sort of web based subscription service platform. Ideally one where they’ve also sorted out the sorting and search functions too…

I’ve been a bit harsh with this series but overall it’s been great to see White Dwarf Crusade content that isn’t yet another Space Marine Chapter replete with cool special characters that can’t gain experience and cool relics gated behind a chapter tactic chosen at random from the reject bin. Having something like this that can be used across all the factions is an amazing effort and I’d love to see more… just run it past a campaign master or power gamer first and see if they can make some unholy broken monstrosity before you send it to press next time please?

TheChirurgeon: These are pretty fun, if bonkers. There’s a ton to manage here, and I like what they’ve done, since it’s a cool new direction similar to Torchbearers only not limited to Imperium armies. I like it, even if it’s not necessarily something I’d run, and it’s a cool flavorful thing for people to run for armies like Black Templars or Ynnari that have a strong religious bent.

That wraps up our look at The Righteous War Flashpoints, but as always, if you have any questions or feedback, drop us a note in the comments below or email us at contact@goonhammer.com. And if you’re interested in running with these rules in your own Crusade, why not check out Administratum, our tool for tracking Crusade rosters? We’re currently in open beta and we’ve got a ton of great features to help make all of the book keeping for your rosters and campaigns easy.