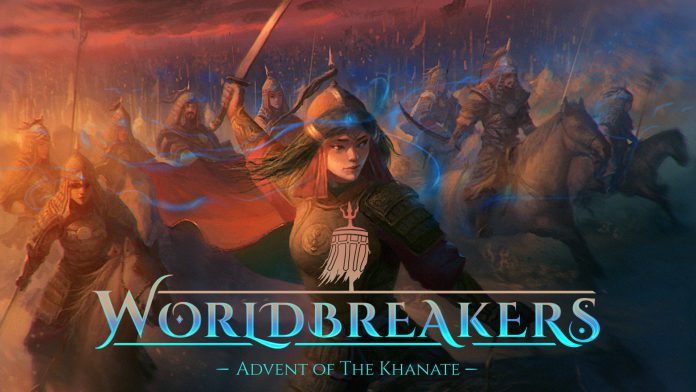 In the universe of skirmish-based card games, Magic: The Gathering (MtG) is the big bang; virtually all other collectible and non-collectible card games (CCG’s) released in the thirty years since have Magic stardust in their DNA. That’s because MtG is a megalith of elegant design casting such a long shadow over its descendants that newcomers don’t bother trying to reinvent the wheel (other than coming up with alternate ways to say “tap a card.”).

In most iterations of skirmish card games, players have their own customized card decks and engage in strategic, tactical card play. There are actually very few core rules – but the genius hook that Richard Garfield dreamed up in 1993 for Magic is that the strategy, tactics, and complexity comes from the cards themselves. Each card that’s played to the table introduces new rules, breaks or cancels others, and creates collisions or combos or loopholes that expand the game space and rules of engagement exponentially and unpredictably. Magic decks are mystery boxes doing battle. The best MtG players are those that build decks such that their curated collection of card rules will outsmart and overpower the other player’s set. (One could say Magic players are the ultimate rules lawyers).

Some card games in this genre have rolled out tweaks to Magic’s model. Maybe add asymmetrical play and hidden information (Netrunner). Maybe add area control (Star Wars Trading Card Game). Maybe make decks smaller and unique (Keyforge). Maybe these are bad examples since they are all CCG’s by Richard Garfield – who also invented Magic: The Gathering.

MtG is a bulletproof operating system. So it’s rare when a new skirmish card game even bothers trying to innovate or iterate. Why search for new galaxies when everyone’s happy residing on Planet Magic?

Which is why Elli Amir’s new customizable and non-collectible skirmish card game Worldbreakers: Advent of the Khanate is so thrilling. It challenges itself by saying “less is more” – and with streamlined, minimalist design choices succeeds beautifully. With standard Magic ingredients, Worldbreakers takes the seen-it-all CCG blueprint and mints something fresh – a newly discovered star in the universe.

One point of mindful design is Worldbreakers’ Swiss army knife-like utility. In the base box you get four complete plug-and-play decks and rules that support more customized deckbuilding, drafting, and (eventually) solo campaign play. In addition: the game is not collectible. It disposes with the consumer’s endless subscription drip of having to buy new cards, packs, and boosters… forever. So while Worldbreakers is Magic-adjacent, it’s a more self-sufficient, self-sustaining game system.

And while there’s Magic in Magic: The Gathering there’s very little found in Worldbreakers. No spells. No elves. No orcs. No dungeons. Here be (no) dragons. The world that Worldbreakers builds is our own world, and our own world’s history: the Mongol empire of the late 13th Century. Where players portray actual figures that lived during this epoch such as Marco Polo or Khutulun (niece to Kubla Khan). Kind of.

I say “kind of” because Worldbreakers is alternate world history. “Alternate” being a mysterious substance called Mythium. This fictional element is the most significant bit of magic in the box, and is the heart and soul of the game. 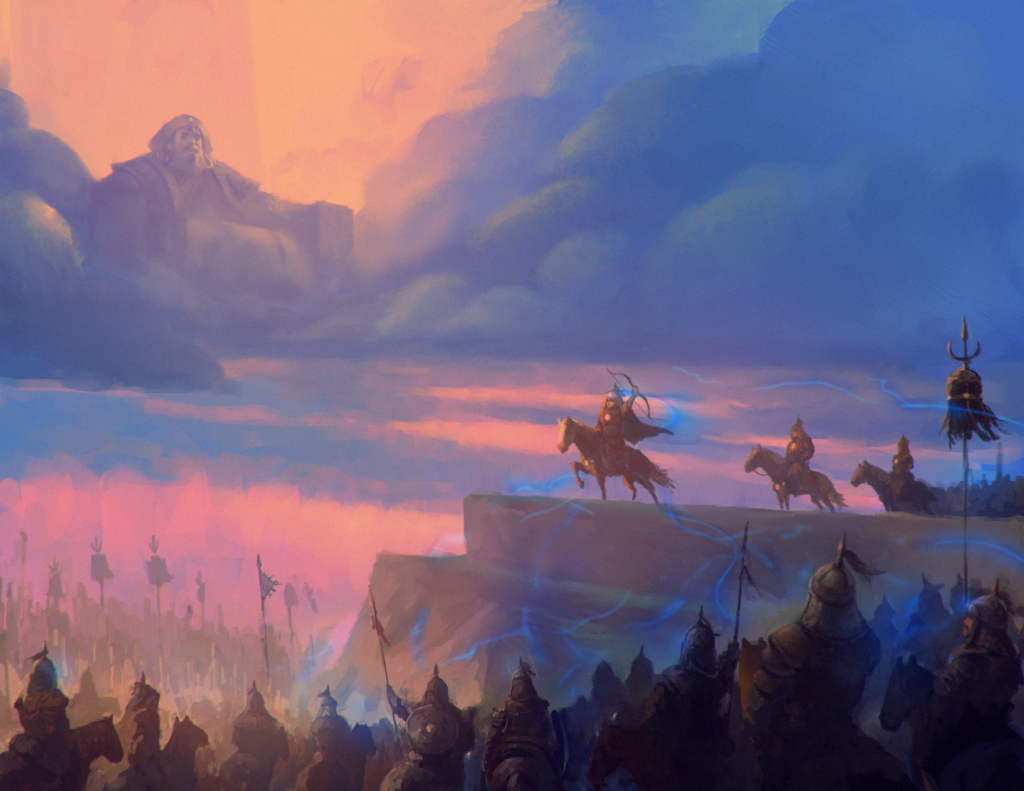 Mythium is in-game currency required to purchase cards and fund or power certain actions. But it’s not just another “find & replace” for mana. In Worldbreakers it also represents the power players harness to win the game (first to ten power wins). Power means different things to different factions: money, geographical conquest, political influence. Mythium is power in all its forms. It’s more like the spice that flows in Dune and less like a MacGuffin than unobtanium or vibranium. (Or even mana.)

Those familiar with playing MtG or tactical skirmish card games know the drill. Players are given a unique Worldbreaker leader (with variable player power/action) and corresponding deck of 30 cards representing followers, tactics, weapons, and events. Rounds consist of four alternating turns and each turn a player may take one action. Most actions are Captain Obvious: draw a card, play a card, use a card’s action, gain one Mythium. Three additional actions are where Worldbreakers starts to flex its depth and strategy:

Action: Gain standing. Standing costs Mythium and is tracked separately. Each card has a standing value of 0-4, which is the prerequisite that a player must reach in standing before they can play a card with corresponding standing. Standing also unlocks special actions and triggers power gains.

Action: Develop a location. Location cards are like loot boxes that grant special actions, Mythium, or power when developed. Most can be developed multiple times before being depleted and bonuses escalate with each subsequent develop action.

Action: Attack. Combat is minimalized to a “success/failure” outcome. The attacking player commits as many eligible cards to attack in advance, and then the defender chooses which of their own cards will block attacking cards, one by one. Regardless of unit strength every committed defending card automatically blocks an attacking card (but may still take damage and be removed if health zeroes out). If at least one attacking card slips through the defender’s ranks unblocked, the attack is successful and the attacking player is awarded one power and can also remove one “click” from an opponent’s location.

Games are like tennis volleys with the back-and-forth pace of actions. And the gameplay feels deceptively simple but shouldn’t be confused with simplistic. Regarding its strategy and tactics, Worldbreakers contains multitudes.

Take the combination of alternating players’ turns and only being permitted to take one action at a time. This opens up a trickier and more interesting decision space. You have to map your strategies one card or one action at a time. So your combos and engines are built in slow motion, cog by cog, in plain sight of your opponent. So that tug of tactics back and forth is always very active, ever-changing, and chewy-yet-crunchy.

Another steady source of frisson is always having several competing priorities each turn but being limited to choosing one. This is complicated by everything having more than one use. Mythium lets you play cards and take certain card actions and raise standing to play more powerful cards. Cards usually have a primary benefit but all cards are equally useful in combat. And while losing combat “only” nets your opponent one power, you don’t always want to commit cards to combat and starve yourself of your deck’s actual strengths – but if you allow attacks to go unchallenged then it’s death by ten quick aces. Each game is an ever-taut supply chain of tradeoffs and tough decisions.

That combat is one way to gain power but not the only way is another sneaky Worldbreakers innovation. While combat in MtG is that game’s raison d’être and there’s only one way to get your opponent to zero, in Worldbreakers there are multiple ways to get to ten power, and combat is only one of them. This allows for more strategy and even more flexible deck construction since MtG’s last player standing Thunderdome is not the be-all, end-all way to win games in Worldbreakers. 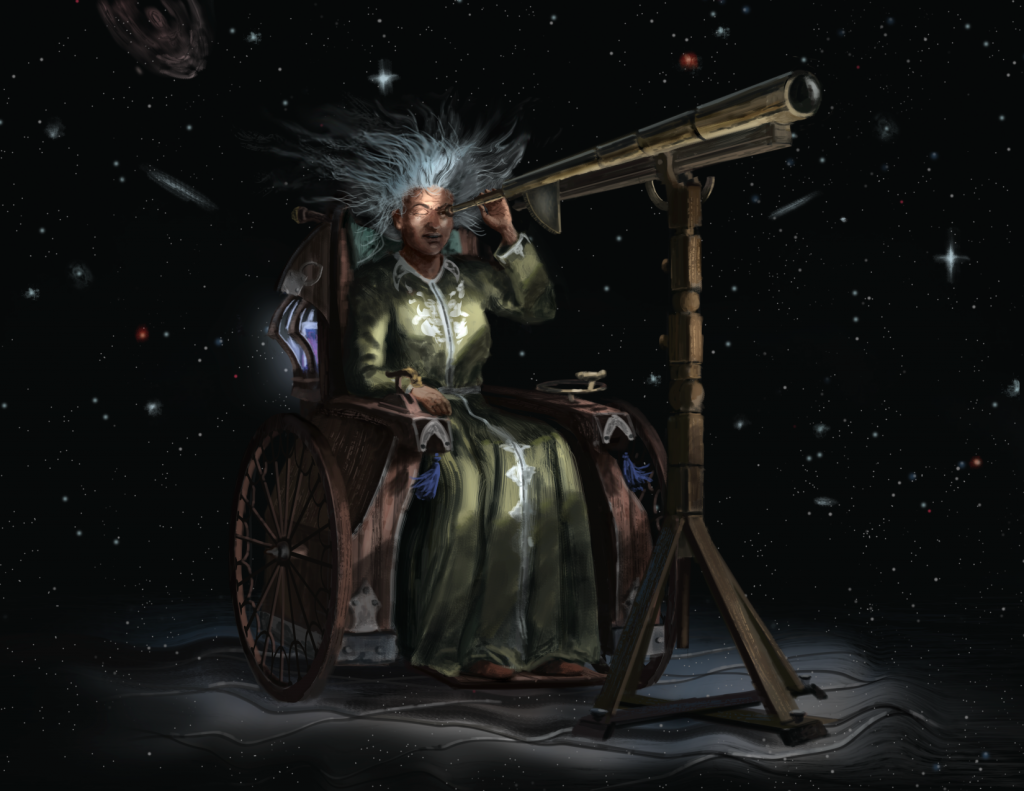 What’s fast become my favorite part of Worldbreakers is its strong emergent narrative. Regardless of the lore or the artwork or the world that’s built, many other card games often boil down to the same set of mechanics and card effects in different colored trench coats. But the delicate use of magic realism in Worldbreakers proves that less is more. To wit: regardless of how a player “wins,” no Worldbreaker characters actually die if they “lose.” Thematically you just didn’t succeed in harnessing the totality of Mythium’s power. Your plans were foiled, but you live to battle another day. You will keep getting to tell your story – and to exist on this wondrous alternate timeline that Elli Amir has created. The option to live on is a rarity in most board games. Worldbreakers is a tactical skirmish card game imbued with such generous and pioneering spirit that it transcends the cards and chits on table and boldly goes where few card-based games like it have gone before.

[Worldbreakers: Advent of the Khanate is funding in March 2022 on Kickstarter.]

Editor’s Note: It is worth calling out the great lengths Elli has gone to in order to ensure that his representation of Mongol warriors is both appropriate and respectful. His trailer voice actress is Bela Bayra, former Ms. World Mongolia and cultural ambassador. She put him in contact with various educators and artists Ulaanbaatar and he also worked with cultural experts at Universities in the US. This is doing representation right and is worth championing.

Additionally, those of us who spent months (and years) in the Netrunner mines will recognize Elli as one of the top players in the world. Having played myself, it’s clear that there is a deep gaming experience here.