You’re a mean one, Mr. Grinch 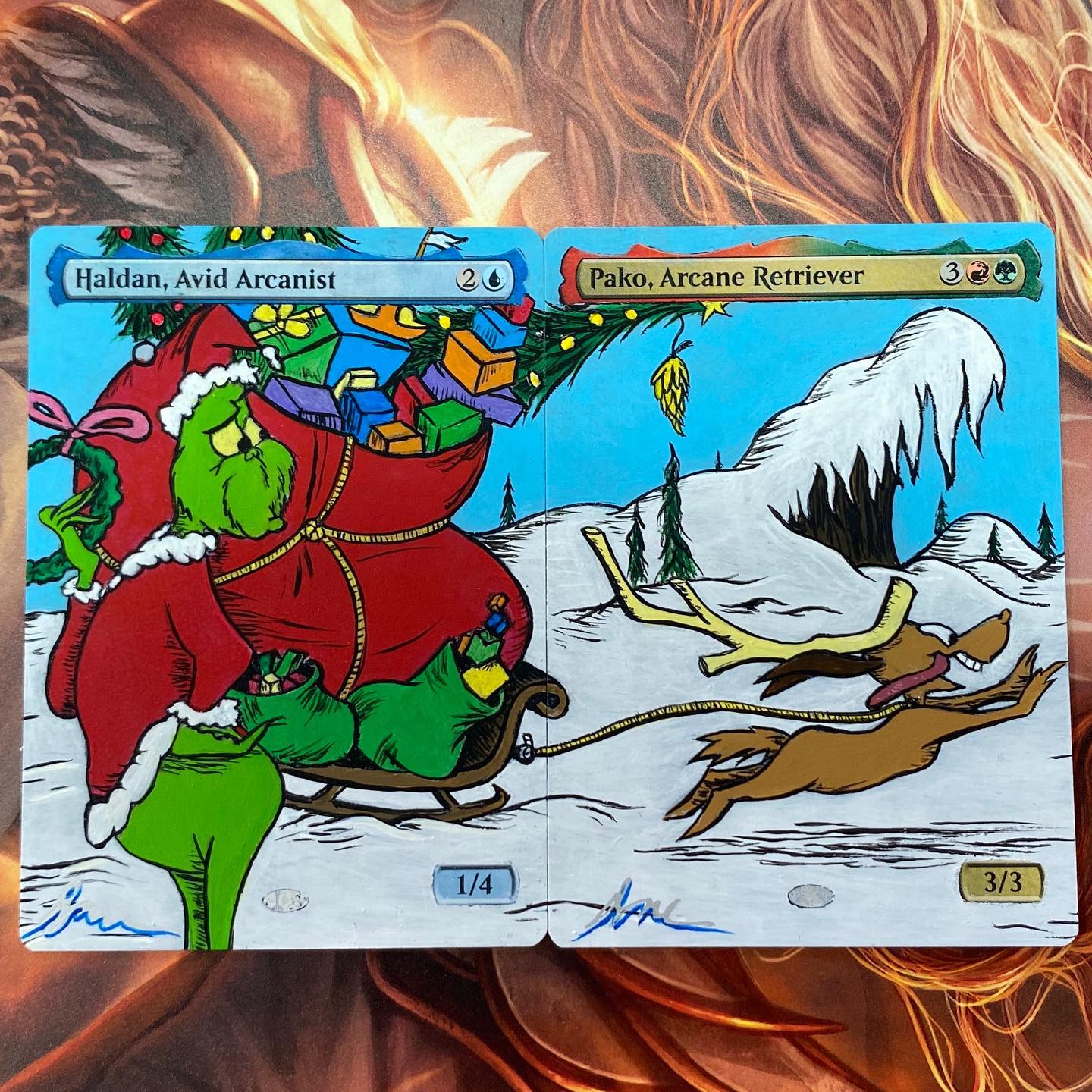 One of the things that eluded Magic in the beginning was a sense of ownership, a sense of place in the game for the protagonist, aka the player. The original backstory of Magic explained that you were a sort of generic wizard, a planeswalker, immensely powerful, wandering from plane to plane fighting over mana, or something, engaging in duels against other planeswalkers. You were also functionally immortal, because of some weird narrative need to explain why you could lose games and still live. Given the lack of narrative structure in the game, it’s actually a bit surprising Magic caught on as well as it did.  Who were these mysterious wizards?  What did they want? (Rob: It’s really a testament to how intriguing the game managed to make the story hidden in the cards themselves. 13 year-old Rob was absolutely obsessed with understanding who Urza was and how the war between him and Mishra ended).

Part of the success of Elder Dragon Highland and Commander in my opinion is that the commander is such an obvious stand-in for the player.  Color identity allows players to be this or that color or alignment of colors. That in turn has lead to some really gorgeous alters of cards being made, and the Ikoria templating, which revealed a way to name a card but have it actually be a different card is a perfect way to change the art and name of a card to fit a character from an existing property. These alters, it’s worth noting, typically consist of a regular copy of the card, but the card itself is physically altered by painting over it without obscuring or changing the rules text, though some people go further and include full art versions of cards with no text.

One potentially really fun way to play commander is to look for win conditions in your opponents decks.  Most decks of this flavor default to beating down opponents through combat damage, and Pako, Arcane Retriever and Haldan, Avid Arcanist are probably the epitome of this. Thankfully Breeches and Malcom will fit right into the color identity of this fortuitous pairing. Blue also means a lot of ability to clone, even legendaries, due to Sakashima of a thousand Faces and the new Sakashima, the Imposter.  Both these, in addition to being clones, let you get around the legend rule, and in addition it comes into play as a copy, thus benefiting from Dockside Extortionist etb ability, which is rather absurdly good.  He’s also a pirate, and will trigger Malcom and Breeches pirate combat damage triggers.

Because the deck is tri-color and it’s so important to immediately rush out Paako, I think it’s worth running the fetch lands despite the risk of Opposition Agent and Mindcensor. In order to prevent them scrambling searchs there’s a fair amount of counterspells and damage based creatures removal, which, while somewhat weaker in commander due to the frequent inability to remove commanders with a big butt, ought to suffice to remove most of the flash hatebears which could cripple the deck. 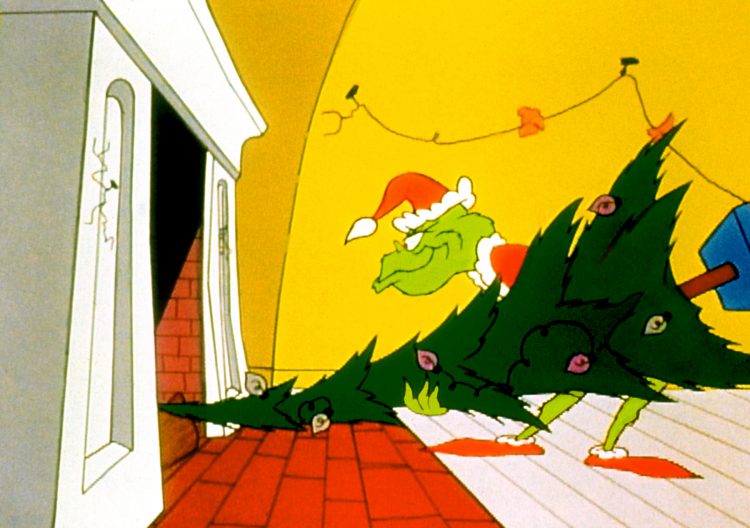 From “How the Grinch Stole Christmas”, MGM

I think it’s really important, thematically, to play some heavy stax pieces in a deck like this.  Obviously the trite story of the Grinch has the Whos of Whoville… do I need to put spoilers for a 70-year-old story?  I don’t think so, the Whos overcome the grinch with love or some crap.  Nah, screw that.  Jack up your opponents mana bases and take their win cons and win the game.  If they don’t have any, then beat them to death with Max (Pako).  To finish off the game quickly, the deck runs extra attack phase cards, though given it includes blue you could just as easily extra turn cards, they cost almost the same, though some of the extra combat cards get recursion of various sorts, and if you can clone Malcom, Keen-Eyed Navigator you could easily end up with endless combat phases via Aggravated Assault + treasures to pay for it.  Back to Basics, Blood Moon, and Magus of the Moon, which are among the most hated pieces since they simply shut some decks entirely out of the game.  So the Whos can cry their tears endlessly while you steal their presents.

In general, rather than advancing your board state you want to use your card draining ability to exile control cards and counterspells to use to defend Pako.  As a backup you can go infinite with Godo, Bandit Warlord and Helm of the Host, or you can drop the helm on Pako or Breeches or Malcom, or Port Razer.

If you’re looking to upgrade, consider ABUR duals, Mana Crypt, Chrome Mox, Mox Diamond.  To downgrade pull out the stax pieces, and the infinite combos like Helm of the Host and Aggravated Assault.  You can also lean harder into the theme, with Zara, Renegade Recruiter, Etali, Primal Storm,, Stolen Strategy and other such cards.