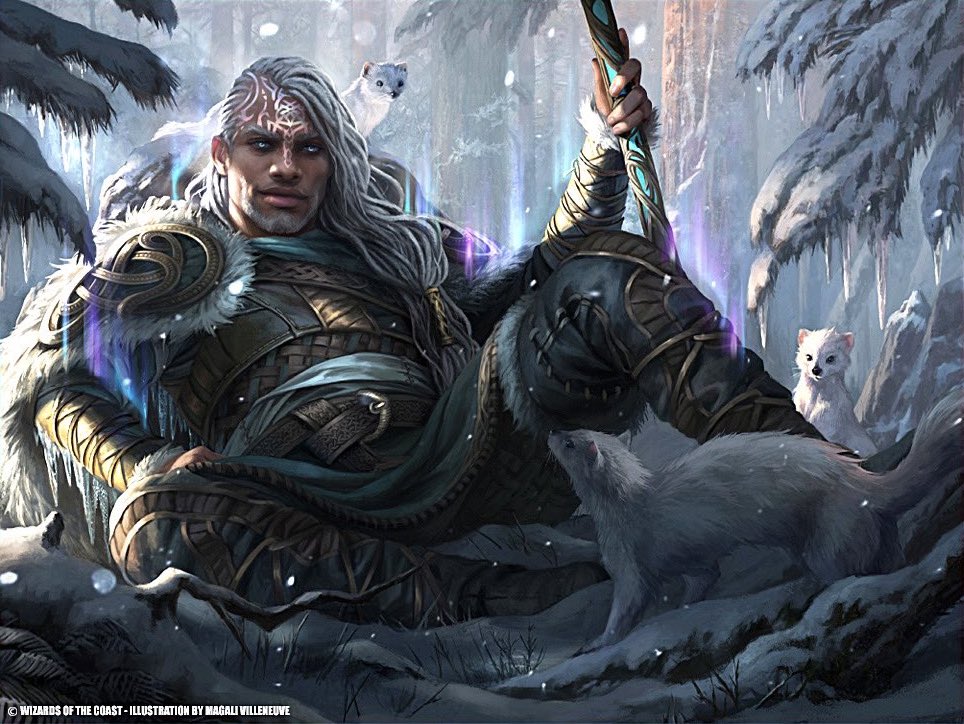 Kaldheim continued a thread started in Zendikar Rising by offering new modal cards, though no longer bound to lands, giving us modal double-faced cards that instead had two spells to choose from. These were notably used to represent the plane’s gods and of these, Jorn, God of Winter is probably the breakout success of these. While thematically they all make some kind of sense, and Valki, God of Lies/Tibalt, Cosmic Imposter were for a brief time ruining formats due to a quirk of how Cascade was looking at the “mana value”/converted mana cost of a spell but then allowing you to cast its second face, regardless of that second face having a vastly different “mana value”, Jorn offers a really interesting design space for Commander (though in fairness I can’t really speak to the impact or success of the modal double-faced Gods in other formats).

For the most part the God/Artifacts cycle consists of mono-color gods with mono-color artifacts on the back. For color identity purposes this isn’t very useful. But Jorn’s color identity is UBG. There’s also Esika, God of the Tree coming in with WBURG (and rest assured that a deck built around Esika is forthcoming) and the aforementioned Valki, God of Lies with BR. I’m a bit sad about this decision because this seems like a wasted opportunity to create modal DFC Commanders with a monocolor Legendary creature on one face and a 2-color utility spell on the reverse face that could create some really cool opportunities for deck building. The front face could be an early game or ramp card that that a player expects to sac to move into late game and recast as its back face to execute a different part of the game plan. Mana fixing can be a difficult part of playing Commander with a variety of colors, and it can be tremendously frustrating not to be able to get an otherwise cheap “mana value” commander that has a number of separately colored pips. Monocolor creatures that allow for a larger color identity often make particularly strong commanders: Consider Najeela, the Blade Blossom, or Sisay, Weatherlight Captain. Sadly we can only expect new MDFC’s “occasionally” due to some production issues, but hopefully more legendary creatures will emerge, especially those with 1-2 colors in their casting costs but a larger total color identity. 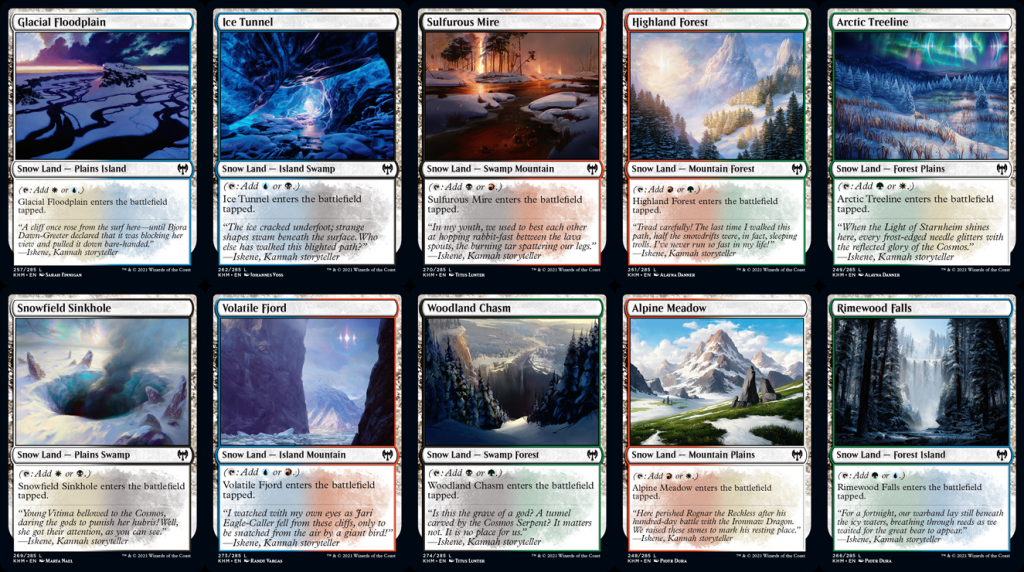 Still we’ve got Jorn here (as Esika, God of the Tree, to be covered later). Jorn’s also an excellent way to push the envelope of proving whether basic snow lands are just straight upgrades over basic non-snow lands.  His ability allows you to untap snow permanents, and extra untappings are good. It’s particularly good when it allows for operation under some of  the most classic symmetric stax cards that prevent untapping. We’re talking about cards like Stasis, Winter Orb, Static Orb, and Tanglewire, which lock everyone down.

Our basic game plan is to ramp out and try to get Jorn on turn 2 so he can attack on turn 3 for an untap. But with 6 elves, 2 moxes, jewled lotus, mana crypt, sol ring, carpet of flowers, and dark ritual, there’s 12 cards that will let you get out Jorn on turn 2 in the deck; largely you’ll want to mulligan into one of these possibilities.

The deck also runs leyline of anticipation and vedalken orrery, to give all your spells flash.  Combined with Jorns untaps and the wilderness reclamation, and seedborn muse you should be able to untap multiple times a turn and continually advance your board state, using the pay X draw spells such as Urza, Lord High Artificer, Spectral Sailor, Azure Mage, Ghostly Pilferer, Thrasios, and Triton Hero . Between Ashiok, Dream Render; Narset, Parter of Veils;, Opposition Agent, and Notion Thief it will be difficult for your opponents to draw and tutor, and the deck has ample creature control to destroy your opponents’ hatebears.

Note that there are some hugely expensive cards listed in the deck: Mox Diamond and Imperial Seal could easily be cut in favor of cheaper versions and likewise many of the other cards can be adapted to your budget. It’s also worth noting that the snow dual lands have land types and so can be fetched with the pain fetch lands.