The Past: I originally entered the hobby as a bright-eyed naïve youth at the end of 7th, having struggled to decide between Tau and Tyranids as my first army, the choice was made when I was strongly advised that “Tyranids blow ass”.  So using the excuse of it being my birthday, I ordered myself a big ole pile of minis and dived right in! My initial painting skills were about what one would expect…

… but I managed to end up with somewhere over 2k of respectable stuff. Unfortunately I don’t have particularly impressive period pictures, so have a cherry-picked example.

This brings us to the months before 8th dropped and with it the first signs of my army ADD beginning to show itself. I would spend the next year building up the ubiquitous army of Marines and returning to my other first love – Tyranids! Then the Tau codex was announced, accompanied with leaks and drama, and I was feeling the siren’s call once again. I returned with plans to one up myself, I was going to do the army I could have only dreamed of previously; it was going to be a theme that had not been done before (I am sure it had been done before) and I might have even had the skills to pull it off!

The Present: Having discovered water effects with my Tyranids and probably having seen too many swanky WWII dioramas, I went for a beach assault theme. Since I was still a student and not willing to strip all my effort from only months ago, I painted with the expectation that I would still use the existing army where possible. This was also immediately after the codex was released so I jumped on getting a Riptide, quad FB Coldstar and as many Fire Warriors as I could stand to paint. I did permit myself some fun models of course, like the modified Piranha which I still think looks baller given how simple it was! 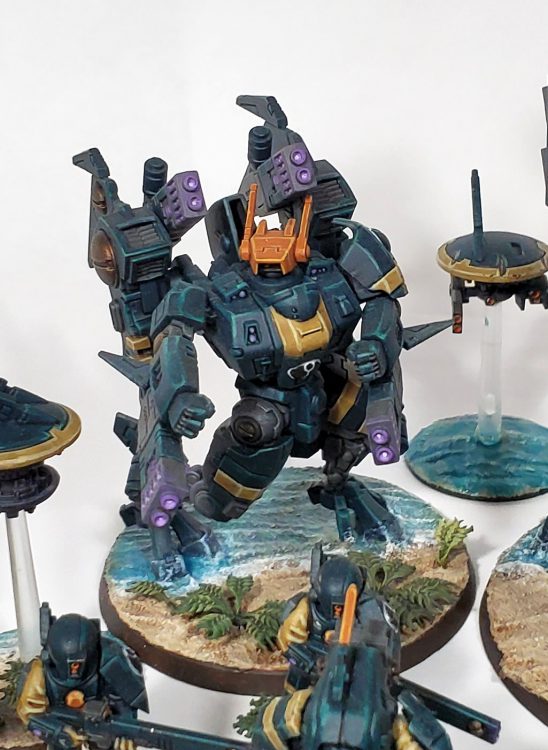 I mostly was going into the army with a loose concept of what I wanted and too much optimism as to how fast I could paint, which resulted in a bit of variance over the course of the army. I initially had weak highlights and battle damage; I improved the contrast a bit in the later models by boosting the highlights, but this was at the expense of battle damage as I felt it was too much extra work. In retrospect I probably should have kept it, since some of the models are a bit plain and it was not actually that much extra work.

Unfortunately, I will confess that this was the point when I lost attention with the army and bounced between a bunch of random things in the Warhammer hobby and outside of it. This brings us up to the present, when yet another siren has begun their enticing song… 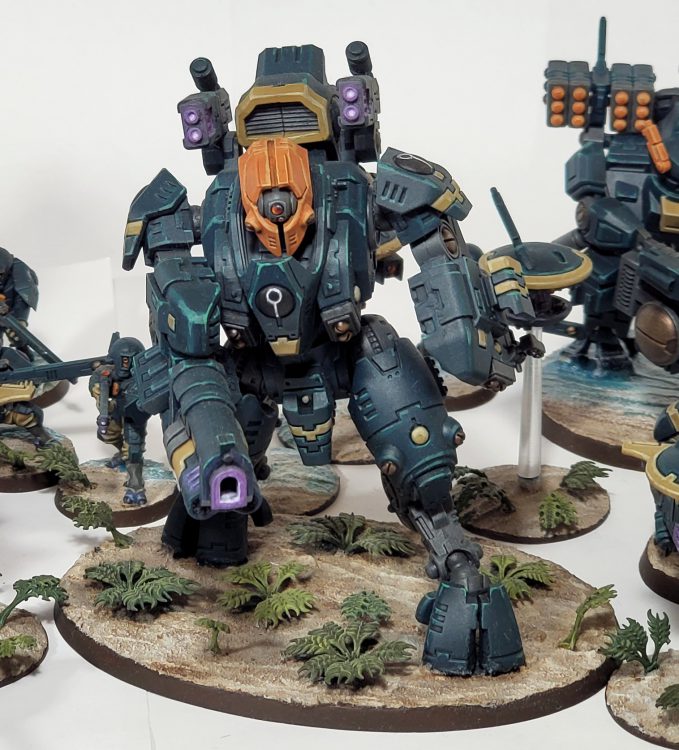 The Future: The Greater Good is looking A M A Z I N G, possibly one of the most exciting PA books so far (I might be biased), and I am extremely hyped to take it out for a spin. The possibility of new playstyles from the Farsight Enclaves together with a gaggle of stratagems and relic alternatives has me excited for a brave new world of mobile Tau being something in the reach of scrubs like me. Plus, I already have a small backlog of kits, and the army is begging for some Crisis Suits so who am I to argue?

I have had some more experience painting since I last touched the army and I am planning to make some adjustments to the scheme, nothing quite as major as the first-time mind you. Mainly I am going to boost the contrast on some of the highlights and maybe add a bit more variety to the bases, I was also planning on adding the battle damage back in as well. 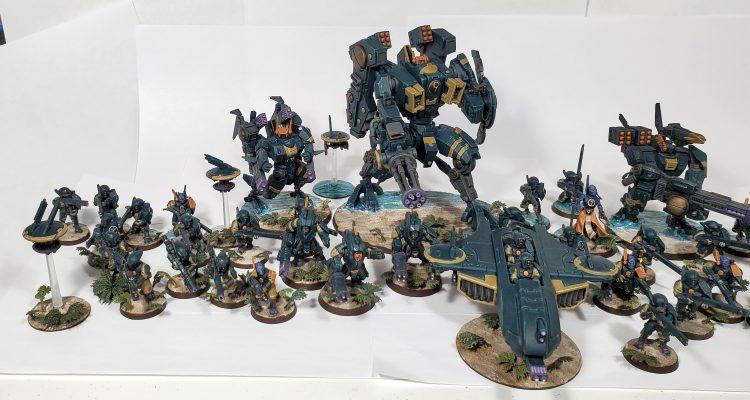 Once I finish my current backlog of Tyranids, it’s Tau time baby! The one distraction is that Adeptus Titanicus just had a swanky starter box go up for preorder and I may or may not have dropped some money on stompy robots…