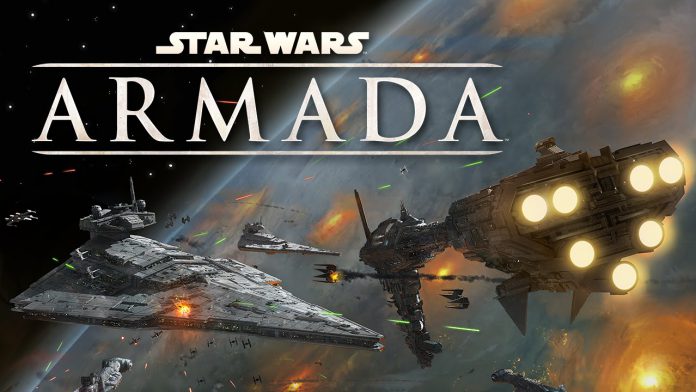 Today’s naval academy is about Star Wars: Armada’s dice and their suspiciously candy-like design. This article is dedicated to Greg, who requested an explanation of the game’s dice in very, very simple terms. Let’s talk about basic mechanics, cryptic symbols, and recurring patterns.

The Uncertain Variable – “I just happen to have a chance cube here.”

As is common to many tabletop wargames, Armada uses dice to resolve combat and apply randomness to gameplay. The game’s bespoke ruleset also means that it exclusively uses 8-sided dice with unique facings. The benefit of this is that the dice are immediately recognisable, easily read, and feed into the game’s internal balance. This is a common feature in Fantasy Flight Games properties, and is also a primo way to upsell players on essential accessories.

Armada’s D8s are primarily used to resolve combat or act as markers for combat-related effects. Their unequally distributed, combat-oriented facings make them pretty useless for resolving anything else. Armada’s dice are rendered in three delicious candy colours: black, blue and red. Dice and die faces are referenced in numerous game rules and stat sheets. All ship and squadron armament is indicated by icons corresponding to the number and colour of dice fired by their weapons during a base attack. This is refreshingly simple: when Armada players say that a unit attacks with x dice of y colour, that is a direct representation of lore converted into game mechanics. Numerous special rules make reference to die colours and faces to manipulate and control dice in pursuit of optimal results.

Rules of thumb for Armada’s dice

Destructive Ordnance – “What weapon can be unethical?”

Anyway, here are the dice.

Never a game to make things too simple, any characteristic of a die can be omitted, depending on the reason for roling it. The dice are used to resolve an incredible range of combat effects, so there are some interesting twists and combinations. The examples I linked to in the Terminology section only account for a small portion.

Armada’s dice operate at full effect in ship-to-ship attacks. Those attacks are made with the ship’s main batteries and use range brackets to determine which dice are rolled in the initial dice pool. The full roster of results is also in effect. In other attacks, some characteristics are omitted. Anti-squadron attacks ignore the ‘critical’ result unless specified otherwise. Anti-ship attacks made by squadrons also ignore critical hit results unless specified otherwise. Some rules even specify which faces or characteristics of a die should be used when rolling. As a rule, the die faces have no intrinsic effect unless it is stated somewhere in the rules that they do for that situation. However, the basic cases described in the rules and your cards cover almost every possibility.

Hits are represented by an opaque hitsplat. Each hit adds one point of damage to the damage total. The damage total is calculated and altered throughout the attack by dice rolls, modification, special rules and defence tokens. Any leftover damage in the pool is applied to the target in the Resolve Damage step.

Blank faces have no effect, and very few rules mention them at all.

If you look back at the table above, you’ll notice that each type of dice has different faces. This gives each die strengths and limitations, which are very impactful when choosing ship hulls or resolving rules that can affect different dice types.

Black dice have the highest damage, and have no utility. 6/8 (75%) of their faces deal damage and they have two faces (25%) dedicated to the vicious hit + crit icon. Their lack of utility stems from an absence of accuracy icons, meaning that a black dice-heavy attack has few ways of making the damage stick using accuracy icons. Black dice deal an average of 1 damage vs. ships, and 0.75 damage vs. squadrons. Their average damage values are best-in-class, but they are starved for dice control to mitigate their blank sides and lack of accuracy icons.

Blue dice are the most consistent and supportive. They have an icon each face, but no double icons. You always get something when you roll a blue die, but it might not be what you want, and you’ll never have eye-popping moments. Half of their faces (50%) have a hit icon, they get two critical icons (25%), and two accuracy icons (25%). Blue dice average 0.75 damage vs. ships and 0.5 damage vs. squadrons. They’re commonly found on anti-squadron batteries and ships looking to give their attacks support using their best-in-class accuracy generation.

Blue dice ship attacks can be made up to medium range. Blue dice critical effects generally target enemy shields or weaken their defences. This lines up with them representing ion cannons that do little damage, but disable their targets.

Red dice are swingy and versatile. They have the sole double-hit face (12.5%), an accuracy icon (12.5%), two hits (25%), two criticals (25%) and two blanks (25%). They have a habit of giving you absolutely nothing, or something you desperately need (a double-hit or critical). They average 0.75 damage vs. ships and 0.5 damage vs. squadrons, but much of that average damage is bound up in an inconsistent double-hit. They can swing wildly between a crucial two damage against squadrons or absolutely nothing. Red dice are well-represented in ship batteries, and are a mainstay of ship-to-ship combat.

Red dice ship attacks can be made anywhere between close and long range, which is their primary strength in ship batteries. If you’re initiating a ship attack, your red dice are in range. They’re seldom exactly what you need, but at least they always show up. Red dice are strongly associated with ship turbolasers – the basic warship weapon in Star Wars. Turbolaser upgrades include benefits like return-fire, dice control, bonus critical damage, and defence mitigation. They are nothing if not ubiquitous and diverse.

I’ve been writing on Armada for like three months and going on, and on about dice and dice pools. It was silly to not explain the basics of what dice are and how they work. If you managed to internalise all of that, then you’ll have a pretty good grasp of what a ship or squadron’s weapon batteries are capable of. Noting down the dice in a ship’s battery armament and upgrade cards should give an at-a-glance overview of its capabilities. If the only lesson you got from this was that black dice smack, blue dice support, red dice everywhere, then you’ve got the basics.

Anyway, catch you later for a more advanced article on dice usage for Armada.