Garrisoning terrain features has been a rule since 2nd edition but saw an update in 3rd and can be something that’s just avoided for ease of gaming and I can’t blame anyone for that, it can be confusing and unclear in a few ways. They can however add another depth to gameplay and using them along with any other terrain feature should be at least considered, if not expected. Kharadron Overlords also use the rules for garrisoning to embark on their ships.

The newest edition of Age of Sigmar brought with it a bit of an overhaul on terrain rules. A terrain feature that players agree to be so, typically these will look like things like buildings which units could reasonably enter. Defensible terrain can be garrisoned by units and depending how large it is can hold more models. Models with a wounds characteristic of less than 10 wounds can garrison a defensible terrain feature, meaning that a Daemon Prince takes up the same space a single gnoblar does. Normal sized defensible terrain features can hold up to 15 models, large ones hold up to 30, and very large up to 60. Large terrain features are anything that is between 12 and 19 inches at its widest point with very large being defined as anything larger than that.

Units can be set up in garrisons when deployed before the game starts but if they are set up during the game (such as via a Fyreslayer Runesmiter Magmic Tunnelling) then they cannot be set up in a garrison. Any unit can join a garrison that does not have any enemy models within it if all of the models in the unit are within 6” of the defensible terrain.

To leave a garrison, at the end of the movement phase you set up all of the models in the unit leaving within 6” of the terrain feature and more than 3” away from all enemy models. Depending on the size of the terrain feature, if there are enemies within 3” of the defensible terrain then you could effectively use this as a retreat without actually having to retreat, so long as there’s space to get out. You cannot move after leaving a garrison but you can still shoot and charge as normal, creating some potentially interesting interactions.

The benefit of garrisoning a defensible terrain feature is the normal +1 to their save rolls but also gain a -1 to hit (from both ranged and melee weapons) adding some extra protection to the unit. 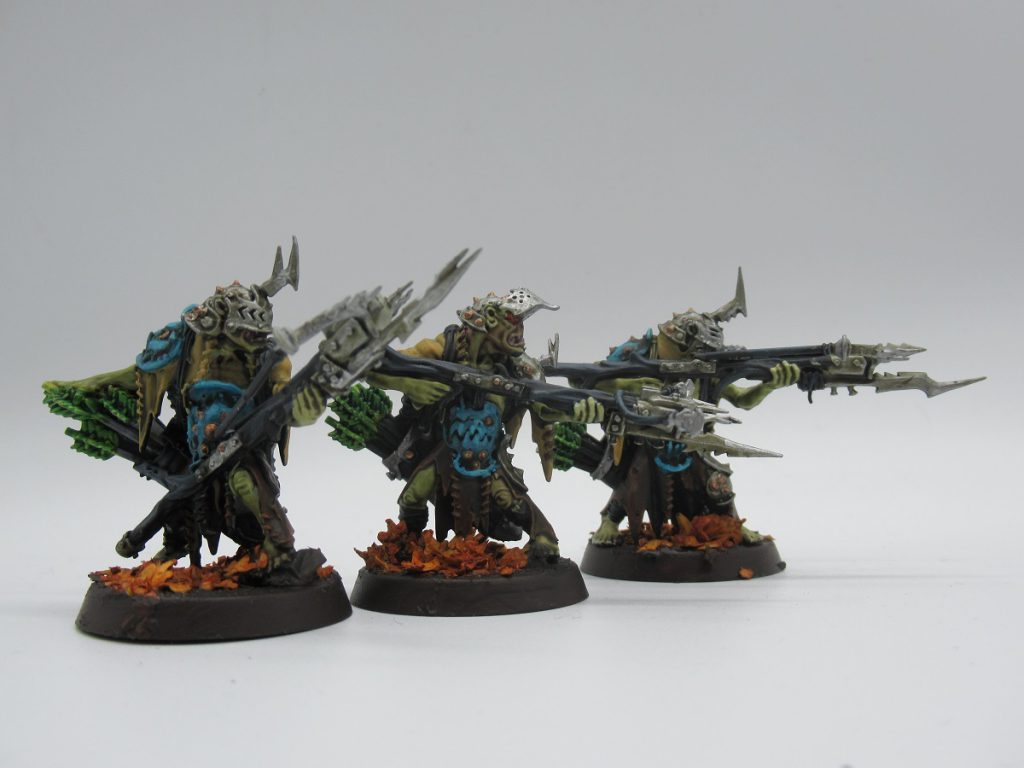 What’s On the Battlefield?

Once a unit has joined a garrison then as per 17.2.1: “Units that garrison a terrain feature are removed from the battlefield and are assumed to be ‘inside’ the terrain feature.” This is where it starts to get tricky. There is (at the time of writing) no FAQ or anything else in the Core Rules about models that are removed from the table but continue to interact with the table, only models that are removed from play by being slain or running from battleshock. Being told that the unit is “assumed to be ‘inside’ the terrain feature” is not clear. Do the units continue to count towards the number of models on an objective? Do they count as being within places on the table (ie within a territory)? Are these units affected by spells/abilities that affect all units with X range? Some of these questions might seem obvious but it’s not actually spelled out in any way.

Units that join a garrison CAN be targeted by spells/abilities/attacks simply measuring to the terrain feature, they can be attacked in combat and can attack back, cast spells, shoot missile weapons etc while inside of it.

“A model in a garrison can still do anything it could do if it were on the battlefield, apart from moving. For example, it can cast spells, issue commands, and so on. When it does so, measure the range and visibility from the terrain feature.”

Meaning that units here are not on the battlefield but they can still act as if they were. Which is an important distinction. 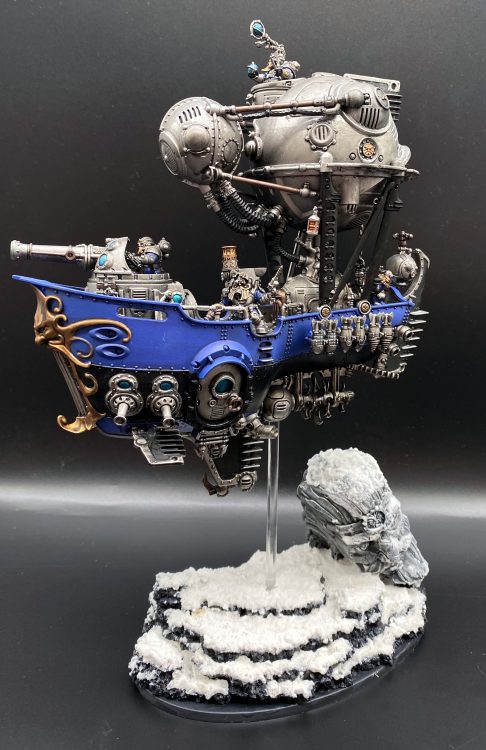 Now, the players that will actually be more accustomed to all of these rules are running Kharadron Overlords. Transports don’t exist in Age of Sigmar, except for this one army so for ease of rules  the army simply garrisons the ships as if they were defensible terrain. Thanks for an FAQ from Warhammer Community it’s been clarified that Kharadron units are able to leave or join a garrison before the ship has moved and the ship still be able to make a normal move or run later in the same phase. This overrules the core rules of doing so at the end of the phase.

The only funny interaction left now though is that the Flying Transport rule on Frigates and Ironclad Warscrolls says that a unit may join or leave the garrison before the ship makes a “move”. Since joining or leaving a garrison only happens during the movement phase this means the unit can do so regardless of the type of move being made by the ship, leaving it free to run, retreat, or fly high.

So those few questions definitely need clarifying via an FAQ from GW especially in regards to the Kharadron army which extensively uses these rules on floating, moving, platforms. If you’re running an event it might be worth considering marking out some defensible terrain and making it clear in your rules pack how the above questions will be handled in game. If you’re going to an event and this hasn’t been clarified then it’s worth asking beforehand, especially if you’re taking or anticipating Kharadrons.

Have any questions or feedback? Drop us a note in the comments below or email us with the Age of Sigmar questions you want to see answered at contact@goonhammer.com.