Hammer of Math: They Should Make The Dice Bigger

There’s too much dice, and yet not enough dice. Allow me to explain.

Look at Warhammer. The breadth of it all. A game with everything from a weak little Grot, to a massive immortal genetic freak – available both with or without powers from space hell – to multiple different types of robot skeleton. Motorcycles, Battlebots with force fields, a tank the size of a building, from raw recruits to deadly veterans of a hundred battles. Almost any violent creation under the sun. They pack laser guns, machine guns, missile launchers, or machine guns that fire missiles, and all of them scale from human-portable to field artillery calibers. Models throw hands with weak baby arms, chainsaws, knives, or hammers made out of lava. Now, imagine trying to represent all those things in the same game, and how they – to be polite – “interact” with each other. The caveat is that your only options for how likely any action is to succeed or fail is one of the following values:

Those are the odds of getting a success when you need a 6, 5+, 4+, 3+, or 2+. 1s always fail, so we can ignore the 100% sure shot, and 6s always succeed, so there’s never a 0% chance either. I posit that this just isn’t enough granularity. We simply need more numbers. Fortunately, such numbers exist, and you’ve probably seen them before. Who could forget the lovable scamp that is 7, or the delightful mouthfeel of 8?

If even the world’s biggest idiot succeeds 1/6 of the time and the best dudes there are in the galaxy only manage it 5 times out of 6, there’s a pretty wide gulf between how different they’re supposed to be in the fluff versus how close they are in the rules. Tiny weak punches and kicks? You successfully damage a tank one time out of six, somehow. A huge angry robot with big metal fists wailing on the smolest possible bean? Five out of six. You still screw up 16% of the time.

Having only gross adjustments leads to things like a Space Marine who fires his stupid custom-built relic gun a thousand times a day for literally a century, but he starts moving around and suddenly becomes exactly as accurate as a small town yokel who’s standing still with the mass-production model of the same gun. It means that the best armor available still gives up a hit to a particularly dull kitchen knife as often as it does a rocket launcher. Here’s an idea: if you’re driving around in a big tank and six no-account bums hit you with pieces of rebar and you take any damage from even one of them, that tank is perhaps not fit for purpose. 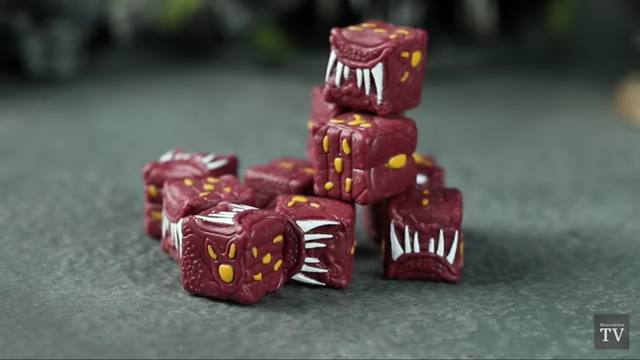 Take a unit that hits on 4s, so half of the time. If you let it re-roll, now it’s 75%, which is a cool number because it’s a completely intuitive thing – three out of four is a pretty normal fraction! – but is also not a value you can even get from a single roll in this game. Now add double-success-on-sixes and it’s somehow a 107% chance that each attack will connect, which is honestly ridiculous. I shouldn’t be able to throw six punches and hit you seven times. Come on. Get outta here with that.  Also now you have to check your dice pool for successes, failures, re-rolls, and double-successes. This sucks.

The game has to do this because it can’t just make them more accurate by adding 1 to the roll, because there aren’t enough numbers on the dice: either it’s an insane buff, or you straight up ran out of runway. You can’t boost something that’s already succeeding on 2s, no matter how many slurp juices you use on a single ape. I thought it was weird, when I was first getting into Warhammer, that all of the abilities were re-rolls or added caps on things, instead of just futzing with the target dice roll, but I kind of get it now. They literally ran out of numbers.

Here’s how you fix it: bigger dice. Make the game use d10s. Marines can hit on 4s, Grots on 8s, and something like a Custodian Shield-Captain or Bloodthirster on 2s. You don’t need re-rolls anymore, or at least way fewer of them. It can all be modifiers now. This probably helps with wounds, albeit at the expense of making the chart there a little more annoying, but I’m not a game designer. In fact, just change everything to d10s, I don’t want to juggle different dice sizes. Congratulations, advancing just got way better. Somebody else can figure out that part. 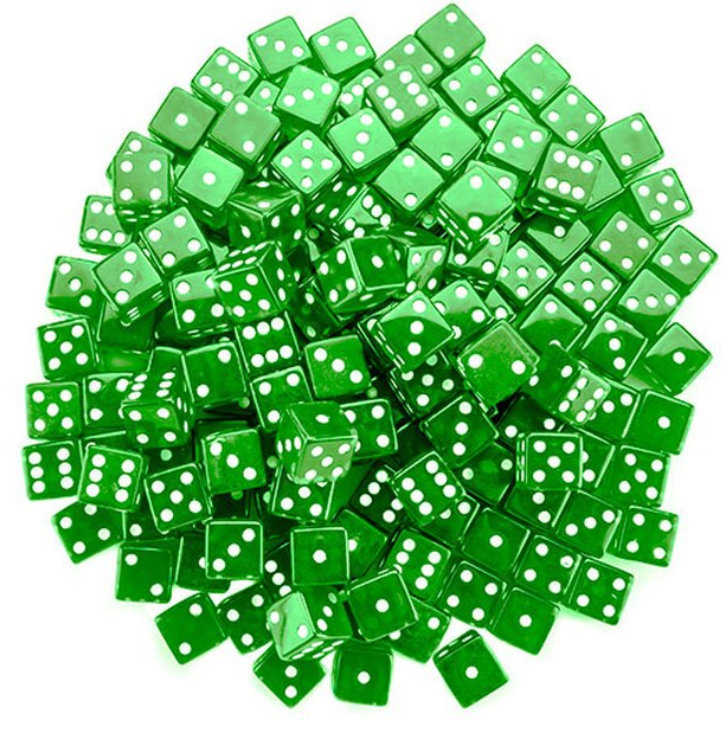 The evidence that this works is pretty clear. You know what other game has d10s and extremely scarce re-rolls, and works great? That’s right, it’s the best game GW makes, that none of you have ever played despite me incessantly yelling at you to do it: Adeptus Titanicus.

The downsides are, unfortunately, also pretty clear. First and foremost, I don’t want to buy new dice. I got too many dice already. Of equal importance is that you can’t make big blocks or pyramids out of d10s the way you can with d6s. I got problems with them from a game design perspective, but there’s no denying it: the cube is a Cool Shape.

Regardless: use the big dice. Let number go up.