Welcome to Horus Heresy Tactica, our series that provides a deep dive in a specific mechanic, interaction or aspect of play in Warhammer: the Horus Heresy.

In this week’s instalment of our list building mini series we look at what properties units have that are significant, what roles these serve in a list, and how many of each you want in your army.

Different units in Horus Heresy serve different purposes and it is important to be able to assess what different units can do and how you can use them. When you’re building your list there are certain components you need to make sure are included (in certain amounts) to be able to take on what your opponent brings. Rather than dividing units into different “types” let’s look at the different notable properties units can have. First up, their defensive capabilities:

And finally just one more, a special one that sits out on its own:

So how do these things go together? How do we assess a unit’s efficacy based on these properties? Well, let’s start by looking at an example.

Let’s consider the Tactical Squad. The basic stat line tells us that this is an incredibly average unit – Toughness 4, 3+ save, etc is the baseline we’re often comparing to. However there are a few quirks. A sergeant can be armed with some better assault weaponry, but the unit as a whole is never going to achieve any of the properties we’ve outlined for being good in assault against elites – the sergeant might achieve something in a challenge, and that’s basically why you give them the optional weapons, but otherwise they’re firmly stuck in “mass anti-infantry attacks” mode for their assaults.

They can have between 10 and 20 wounds, so how many models we buy directly effects if this is a low-wound fragile unit or a high-wound tough one. At 20 models with Fury of the Legion and rapid fire they’re also definitely shooting enough to be considered “mass anti-infantry attacks”. They also have Heart of the Legion which means on objectives they get a FNP (great) and they’re Line so you want them on objectives.

So in analysis we have an unremarkable unit which, at 10 marines, is pretty fragile with short range mass anti-infantry attacks but does have Line and is tougher on objectives. That means we want to give it some way of getting to those objectives – a Rhino transport, for example, which has enough mobility to achieve it. At 20 marines it becomes a more convincing force in of itself – volume shooting, volume attacks in assault, quite tough, Line with that added resiliency on objectives. You probably want to run this larger version of the unit with something to buff their assault attacks because you have enough of them the odds are likely to matter more.

Which leads us to two varieties of tactical squad we might want to run: smaller units in transports with minimal upgrades and gear, and larger squads with a melee upgrade that can offer more serious opposition. And these are basically exactly how people run this unit.

When we come to build an army we need to consider what “role” each unit plays. It’s not enough to look what slot in the Force Organisation Chart they’re in, because different units in, say, Elites, can be radically different. So we need an army able to take on a number of different roles, and be able to handle a variety of possible threats. In particular we need:

Many units in your army will combine these roles. Tactical Squads are, as we saw above, both Anti-Infantry Attackers and Objective Holders. As a more unusual example, Lernaean Terminators (the specialist terminators for the Alpha Legion) are Objective Holders (they get Line) and Tarpits, and then their weaponry can be selected to be some combination of Anti-Infantry and Anti-Heavy.

In general, at 2500-3000pts, you need to fill out these roles so that you can cover the bases of the missions at hand. 3-5 Objective Holders is pretty essential, just so you can effectively score in many missions. Beyond that you need to try and anticipate what you’re going to run into. You will encounter heavies and vehicles, so you need at least some anti-heavy and anti-vehicle attackers. Generally you can expect 3-5 units of heavies and/or 3-5 vehicles in a full size list (this obviously varies enormously), if your opponent is playing a relatively balanced force. Generally, unless you have an exceptionally effective and tough unit able to perform those roles, you want that many units that are anti-heavy and/or anti-tank. If they can be both anti-heavy and anti-tank then you have a huge advantage, because you need fewer of them.

This is why lascannons are so popular.

The other thing to consider is list efficiency. The most roles your units can take on, the most of that role you can include in your force. The most efficiently you can get a viable unit for a role (ie the less points you spend) the more you’ll be able to field. If you can get a unit that’s comparatively cheap in a role (say a tarpit unit with T7, a 2+ save, an average number of wounds and a 5+ invulnerable save) and that unit can also fill another role (like, for example, having a s9 Brutal 3 ap2 melee weapon) or even two (say, add a 2 shot multi-melta) then that unit becomes exceptionally valuable and you can afford to take a bunch of them, or take a bunch of other units and not worry too much about their efficiency.

This is why contemptor dreadnoughts are so popular. 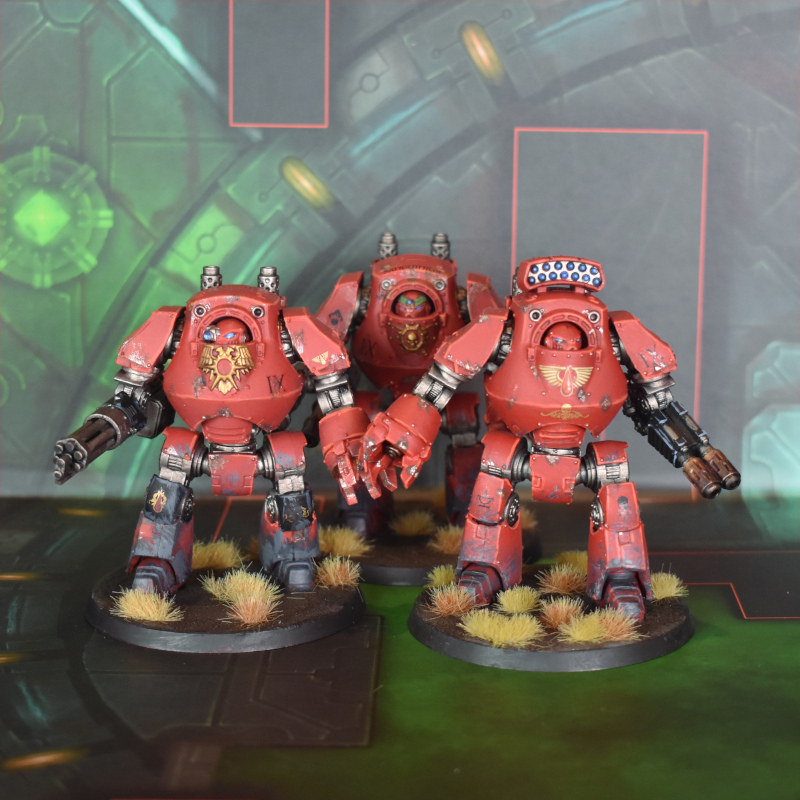 The perfect list is one composed of bunch of tough, fast units able to deal with mass infantry, heavy target, vehicles and which is an objective holder.

This is why Custodes are so goddamn scary.

This is all why “skew lists” are so devastating. This is a list, like Custodes, that can build all of those roles into a particular kind of unit, and present a single kind of target to be engaged with. Skew lists present an enormous challenge to list building, and we’ll dive into exactly how and why next time. Comments or thoughts? Let us know in the comments below or at contact@goonhammer.com.