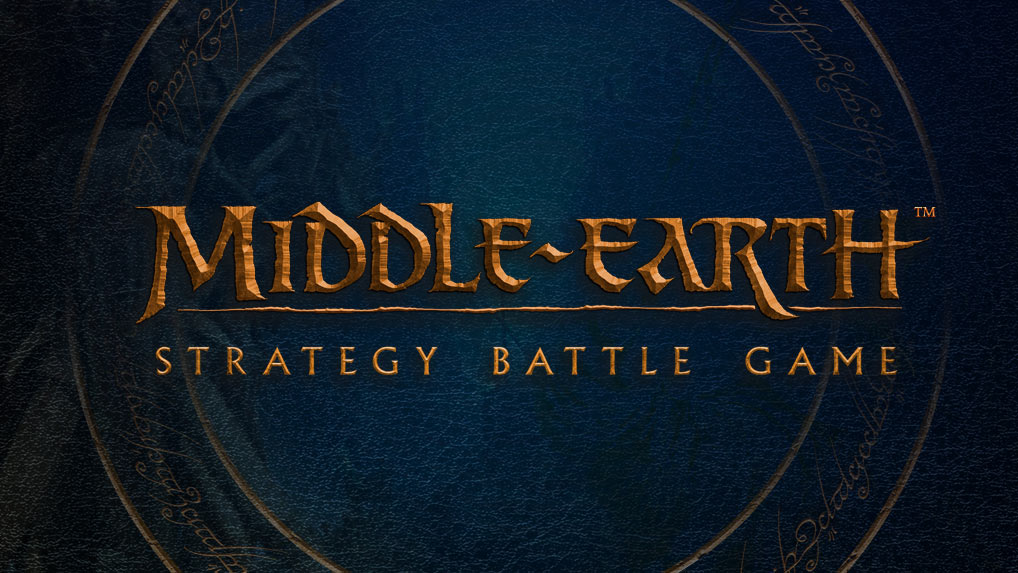 The Dead of Dunharrow is a reasonably popular army in Middle Earth Strategy Battle Game for a few important reasons:

This means there are plenty of reasons to give the army a chance.

How do they play?

In the game the Dead of Dunharrow are an elite force. Not to the extent a force like the Fellowship, Thorin’s Company or the Dunedan are, but the cheapest model you can get is 14 points with just a hand weapon.

You will need to decide if you are going to take The Return of the King legendary legion from the War in Gondor book, or just a straight Army of the Dead list. If you take the legendary legion you are committed to selecting Aragorn and the King of the Dead, which will set you back 260 points. A Herald of the Dead will raise this to 330. This doesn’t leave many points for Warriors or Riders, and so I’d recommend you leave the Legendary Legion for games over 600 points.

In Middle Earth Strategy Battle Game  there are three key factors when playing:

The army of the dead will be mostly infantry. Riders of the Dead are available but pricey at 24 points a model. It is a good idea to have some in your army for grabbing objectives, but even in 1000 points you probably can’t afford more than four.

Your key hero is the King of the Dead, who has a spectacular 1 Might point. Fortunately Heralds of the Dead (which the King of the Dead thoughtfully comes with two of) can be used as Might batteries, and their willpower can be expended to give the King the ability to call a Heroic Action if they are within 3″ of the King (so keep them close). With Defence 7 (upgradeable to 8 with a shield and worth it for 5 points) and 2 fate and 2 wounds Heralds are relatively hard to kill, but be careful to avoid them getting sniped anyway.

The King of the Dead can use Heroic March (to get your warriors across the board and into the enemy) and Heroic Strike (to help win key fights against high Fight targets). Heroic Strike combined with Drain Soul (score a single wound, target dies unless it is a Balrog or Smaug and only loses half it’s wounds) means you can one shot kill some fairly tough targets with the King.

Due to the Kings limited amount of Might, even with a Herald nearby, in larger games you will want to include Aragorn and use him and the King as Battle Bros, with them taking part in the same Fight and Aragorn calling a Heroic Combat so they murder one big target and then slam into the next. Aragorn’s Fight 6 helps ensure a win and the King of the Dead’s Blades of the Dead, Harbinger of Evil and Drain Soul ensures the kill. You could also Heroic Strike on the Aragorn to get a higher Fight value (minimum 7 and maximum 10) and Heroic Combat on the King, and should remember that the higher Fight value applies to the whole Fight phase. Think about the Fights you want to have, and if you need to Heroic Strike. If you don’t then call Heroic Combats with Aragorn and take advantage of his Mighty Hero rule to do it for free.

Aragorn calling Heroic Marches in early turns to use his Mighty Hero free point is highly advised, and gets you a 9” move on infantry and 13” for cavalry, which helps get you closer to the enemy and can be used to send Riders of the Dead shooting off to cap objectives.

Including Aragorn in the force is a significant force multiplier especially as he also counts as a banner with a 6” bubble for Spirit models (ie everything that isn’t Aragorn, Legolas and Gimli). At 500 points Aragorn and the King would be your only heroes, and you’d still be fairly slim on model count.

Concentrating your forces is critical to winning. When playing, think what the scenario victory conditions are. Are you eliminating your opponents forces? Are you capturing objectives based on model count? Do you have to break your opponent? Will the game only end when one side is quartered?

Look at the table before deployment. Are there choke points? Is there water terrain that your Spirit models will ignore? Choke points are very useful to equalize forces, and prevent enemy weight of numbers being brought to bear. You will also want to use terrain to prevent getting shot to pieces on the way in, as every model you lose will impact you significant more than your opponent, as you are paying 15/16 points per infantry model.

There are three rules you need to remember:

This does a lot to mitigate the issues you have by being outnumbered, but you still need some models that aren’t Aragorn and the King of the Dead to do things.

500 points is a decent minimum size force. I’ve built this as a pure Dead force.

Warband 1 – King of the Dead

4 Riders of the Dead

4 Warriors of the Dead with Spear and Shield

Warband 2 – Herald of the Dead with Shield

5 Warriors of the Dead with Shield

21 models and a force that combines some faster models (Riders), the King and a Herald to act as a Might battery, and 15 infantry including 6 with spears. You only have four Might points in total, so you need to spend them carefully.

Warband 1 – King of the Dead

4 Riders of the Dead

4 Warriors of the Dead with Spear and Shield

Warband 2 – Herald of the Dead with Shield

5 Warriors of the Dead with Shield

This expands the force by 7 models, but gives you Aragorn, who is a massive beat stick, and let’s you pair him with the King of the Dead to murder anything big, and at this points level you will start running into big monsters. You’ll be outnumbered by most forces, but able to kill pretty much any big target with the Aragorn/King of the Dead combo.

Painting the Dead of Dunharrow

When painting the model’s it’s best to plan. What colour ghosts do you want?

Assemble the models, hunt down and get rid of any mold lines. You’ll end up washing and likely drybrushing these models, and that would show up mold lines quite badly.

Prime with white or Grey Seer Contrast spray. You can zenithal prime using grey and white if you wish, and an airbrush would help with that, though spraying a light grey from the sides and white from the top would have a very similar effect and could be done with spray cans.

Pick a base colour (and there are a lot of possible choices):

As long as you are picking a colour with decent coverage, you could go for any shade, technical or contrast.

This can then be followed up with either, both or neither of the following two stages:

The next stage is highlighting. You can either drybrush or paint these on with a fine brush. If you drybrush you’ll tear through troops with a decent drybrush, saving time to do brush highlights on the characters.

You can call the model finished at this point, or tie the model together with a glaze of the original base colour (thinned a glaze using either water or a medium) or a thinned wash that emphasizes the shadows.

If you want to super speed paint, you can do an army in less than an hour by simply applying the base coat and a drybrush of Celestra Grey. You wouldn’t be the first person with a tournament in a few hours to do this. Even if you did all the steps described you could complete an army in less than a week painting an hour or so each evening.

I did all my infantry (43!) in one batch using every one of these steps. It took a couple of evenings over the course of a week.

The Way is Shut

This army is a hard counter to monster mash lists that you will see from factions like Dwellers Below or Fanghorn, has a fairly low model count and is an easy painting project, and has some pretty nice figures that are easily available (3 Hunters plus King of the Dead box plus Pelennor Fields troops is a fairly viable force without ordering metal Riders). If you are looking to dip your toes into Lord of the Rings then I would recommend it, and the 3 Hunters can then be used for lists like Helms Deep or Gondor or Fellowship, so you can get some use out of the very nice new sculpts that they have.