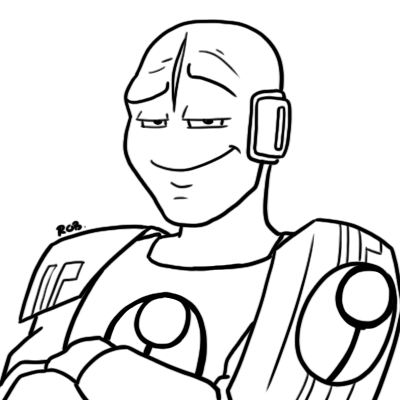 Warhammer 40K: Fire Warrior is among the worst games I’ve ever played.

Part of the problem is that this game came out two years after Halo: Combat Evolved. The original Halo title. A game that still holds up in 2019. It’s perhaps not fair to compare any FPS title to the game that made a console and changed the course of a genre (especially in multiplayer), but two years is long enough to learn enough lessons to at least kind of spoof the defining title of the age. Instead, Fire Warrior reminds you so much more of the original Half-Life, from 1998, except without any of the good things about that game.

It’s hard to argue the graphics are much better. For a 2003 game, Fire Warrior is an abomination. There are some better backgrounds, but the enemy models and terrain fidelity, design, and execution are all flatly some original Half-Life junk, even at the highest resolution. And resolution is basically the only thing you get to choose about this game’s graphical settings; all the options are in the launcher, and all the options seem oddly calibrated for console. Resolution is pretty much your only choice of note, and once you load into the game itself, the menus can’t be navigated with the mouse at all. Which is complicated by the fact that it’s a mouse and keyboard game.

It doesn’t control very well as one of those, either. The mouse sensitivity needs to be almost zeroed out to give you anything approximating a smooth aim feel, and then once you’ve got that, all your guns suck. Even when you eventually get guns that don’t suck, they suck. Nothing has weight; nothing feels good. Your main character, Kais, can pick up weapons dropped by the Imperials that his Tau detachment is fighting — and they feel like the worst laser-tag criticisms of those weapons possible. One of the defining moments of the game’s gun-feel is the first time you man a mounted Imperial las-turret midway through the first level, which looks like a laser gatling gun. You point it in a direction, you fire it — the model stays completely still. There’s no bass on the foley for firing. There’s a kind of high-pitched whine, and some laser-pointer dots appear in hitscan across the way. Firing every gun in this game feels like firing a projector.

The plot concerns some evil Imperial Governor and the Space Marines serving him but it’s so underdeveloped it’s impossible to care. Your main weapon feels like a super-soaker. Eventually when they try to give you something with weight, it’s a pseudo-grenade launcher that just has ammunition dropped for it like an assault rifle. The game isn’t even committed to making the Tau seem cool — deep into the game, you’re still treated to scenes of Fire Warriors (the sort of character that you’re playing, thus the title) running into basic Imperial soldiers and getting slaughtered. Infantry that in other games are basic but fairly prized die like movie extras to Imperial Guardsmen constantly. This was in an era where the Space Marines and the Imperium of Man by extension were incredibly protected, in the storytelling sense — but if you’re going to make a Tau game, you need to embrace that you’re making a Tau game.

No one is playing the multiplayer in 2019.

My life is worse because I spent four hours struggling with this. I will freely admit that I watched someone with far more patience for dumb bullshit than me play the final levels. Chaos shows up eventually! Turns out Chaos was the enemy all along, just like in Space Marine, except all the design here is boring and bad. By the end of the game, you’re mainly playing out a Chaos/Space Marine drama as an interloper and being told by the Chaos guy that you’re just not important to the plot, and he wishes a Space Marine was here instead. Mainly you know something’s Chaos if there’s a glowing light mesh corresponding to one of the Chaos gods on it — I guess the Chaos force in this is “everyone,” since all four are represented. Also there are Chaos Space Marines who attack you with weird claws, which is probably canonically accurate somewhere but looks mostly like someone just mixed up Space Marine armor with the basic enemy from a better game. If you want spoilers, the entire game is about finding the Ethereal Caste guy abducted in the opening cutscene, except the game sort of forgets about that in the end and it becomes about destroying the hideous secret Chaos base that the evil Imperial Governor was concealing.

It’s not actually impossible to do a good Warhammer 40K shooter, surely; it’s certainly not impossible to do it with the Tau, who represent an underexplored corner in the lore of the universe. But it’s also not impossible that Fire Warrior poisoned the well so incredibly potently that both a Warhammer 40K FPS and a Tau game are non-starters moving forward, and that’s actually kind of incredible. To a certain degree, it’s even admirable. But all that said, in 2019, all you’re left with is a game that doesn’t even seem to have any respect for itself.

Final Verdict: It’s something like $6 on Good Old Games. Give it a pass unless they’re giving you $6 instead.