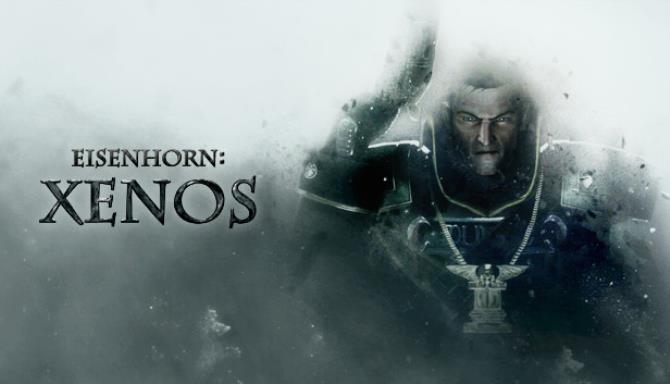 So, you want to make a Warhammer 40K television show. What’s more, you want to make it about the factions that have been the protagonists of the setting since the intellectual property took off — the Space Marines, the Imperial Guard, the Inquisition; humanity.

This puts you in a bit of a pickle, both morally and financially. The servants of the Emperor of Terra were originally something of a caricature of Catholic fascism, the Franco bent and its continental offspring that made its way, eventually, after some twists and turns, into British politics in the 1980s. Much like a lot of British pop-counterculture at the time — 2000 AD, for instance, and Judge Dredd, and the work of Alan Moore and Grant Morrison and many, many others — they were a satire. So what do you do when the world comes back around the other way, and you’re sitting on a veritable IP gold mine, but fascism’s back and good god, but it loves irony?

Morally speaking, well, we can’t speak to that, especially not under capitalism. Would that we could. Financially speaking, the people who love the Imperium of Man and all of its trappings, genuinely, and love the idea of grinning, hateful murder at the backend of history, in a future where there is only war — well, they don’t really sustain a streaming audience, probably. You need a lot more people tuning in than have invested in miniatures to sustain an expansion into this market. And even for the faithful, that particular flavor is a fun spice to drop on your tabletop game, but playing a game isn’t the same as watching a television show. In this format, you’ll be watching a vision presented to you by a group of professionals, from the writers to the directors to the crew to the cast. And something you have to grapple with when it comes to the fictive universe of the Warhammer 40K setting is that to adapt most of its best narrative works is mainly to be adapting a series of video game cutscenes.

The exception, as cited from those inside and outside the fandom, is the Eisenhorn trilogy of novels by author Dan Abnett. An incredibly well-respected trilogy, graded on the curve required for licensed genre fiction, the books Xenos, Malleus, and Eisenhorn track story of the titular Inquisitor through and across much of the near-strangeness of the 40K setting. It has been tapped as the source material for the first resolved attempt at a Warhammer 40K show, and so I, a 40K novice at best, undertook reading the source material to see if this might be a show I’d like to give whichever streaming service picks it up money. The verdict is: yes, with some rather obvious and formative changes.

We’ll begin with Xenos, which would likely form the basis for any self-respecting season one of this show. The plot, of course, is fine. It’s normal 40K fare. There’s heresy and Chaos building in the hideous ranks of man. Our hero Inquisitor Eisenhorn needs to suss it out. There are two factions presented in the Inquisition, the orthodox conservatives which purge heresy the moment they see it (and accordingly are all assholes) and the radical heterodoxes who think the Inquisition should keep an open mind (and accordingly always support doing stupid and reckless things). Our hero falls in the middle of both traditions — quite a both-sides centrist fellow — and spends the novel outing a decadent aristocratic merchant clan that has fallen to Chaos and then chasing it halfway across the sector to deliver judgment.

There’s a lot to like in the novel from an adaptation standpoint — quite a few setpieces, quite a few big meetings and summits where you can just hire respected British character actors and tell them to work broad to play, oh, Schongard or Molitor or Endor or Voke. In the visit to the saruthi planet there’s great material for a go-getting young television director with a CGI budget to really fuck with some perspective and create an unsettling, discordant visual world. The plot is utterly uncomplicated, with the betrayals being fairly flat and predictable and the factions being incredibly well understood. Abnett, for his part, is quite skilled at the genre craft and does first-person writing very well for the material, spending much of his time on sensory input and things happening out in the world rather than retreating into Eisenhorn’s mind — this will make it even simpler to adapt. Even better, Abnett devotes significant portions of his word-count to psyker business and astral-plane visions — even better for adaptation purposes.

One thing the book does for someone not particularly versed in 40K lore or storytelling that the video games can’t really do is that it impresses upon the reader the size and the severity of a Space Marine. There is a Chaos Marine named Mandragore who figures fairly prominently in the middle act of Xenos, and he is basically presented as your standard Lord of the Rings troll crossed with a serial killer crossed with a tank. The games, of course, are required to take the broader focus; Abnett does an excellent job of conveying the terror that just one of these great monstrosities inspires in a force smaller than an armored cavalry division across multiple scenes, and that’s well done on his part.

But this novel cannot be adapted to television without more women.

There are two women who matter in the novel in the slightest. The first dies in the very first chapter: Lores Vibben, the perfect adjutant, the pinnacle of what every human woman should be in the Imperium — a good custodian, loyal retainer, and faithful secretary. She’s trivially murdered and becomes mope material for the men of the plot for the next two-hundred some pages. The second is Alizebeth Bequin, quite another consideration altogether: she’s an actual character, for one, if not a particularly compelling one in Xenos. (I have read ahead a little bit and I know that this changes, to some extent.) Bequin is a sex worker who our heroes stumble upon in the middle of a raid, right before she’s about to be raped and murdered. Her whole thing is that she is a dead zone in the Warp, which has the knock-on effect of psychically influencing people to hate and mistrust her. It’s very odd: the book devotes a significant portion of its page count to playing out lore-related conversations in dialogue, but the scene in which she’s confronted with this information by Eisenhorn is…summarized in a paragraph, mostly; it’s then followed by a longer one that rubbernecks how visibly sad it makes her. Bequin’s biggest contribution to the plot that isn’t “standing somewhere and projecting a dampening field” is pretending to be Eisenhorn’s ditzy squeeze when they’re both undercover trying to figure out who the Chaos traitors are among the merchant class of one of the dozens of interchangeable Imperial worlds, all of which seem to have the same culture.

The fix here is obvious and easy: don’t kill off Lores Vibben. It adds nothing to the plot — Eisenhorn has a lot to be sad about in the first place, and the whole cringey conversation about how Eisenhorn’s pilot Betancore loved Vibben but wants to fuck Bequin (again, she’s hot, not sure if you picked up on that) can play itself out as an actual love triangle if the writers so choose. Bequin is a quite independent nobody who has to become a competent somebody; Vibben is a competent and loyal servant who needs to figure out how to be more than her office. The character interactions basically write themselves, and again, these are basically the only two women in the entire book — and Bequin disappears for long stretches of time that she very much should not.

Moving from a first-person perspective novel to a television show necessitates more characters anyhow; you can’t just sit in Eisenhorn’s head for the entire season, obviously. Vibben being a real character in the story instead of a fridge-case would improve an adaptation of Xenos all around — and you can still kill her off in the second-to-last episode of the season, if you want! Why would you play that card in the pilot, especially when death very explicitly is not common or permanent for heroes across much of the rest of the novel; even guys like Fischig or Heldane get to survive encounters with extreme violence through tech prosthesis.

Other than that, in the hands of a modern writer’s room with good TV directors, I think Xenos can be a really good first entry in a streaming adaptation of the series. Next time I do one of these, I’ll be looking at Malleus. I’ve been told to watch out for a “Kara Swole” and try not to judge too harshly? We’ll see how it goes.