Putting Together the Cursed City, Part 1: Assembling the Denizens 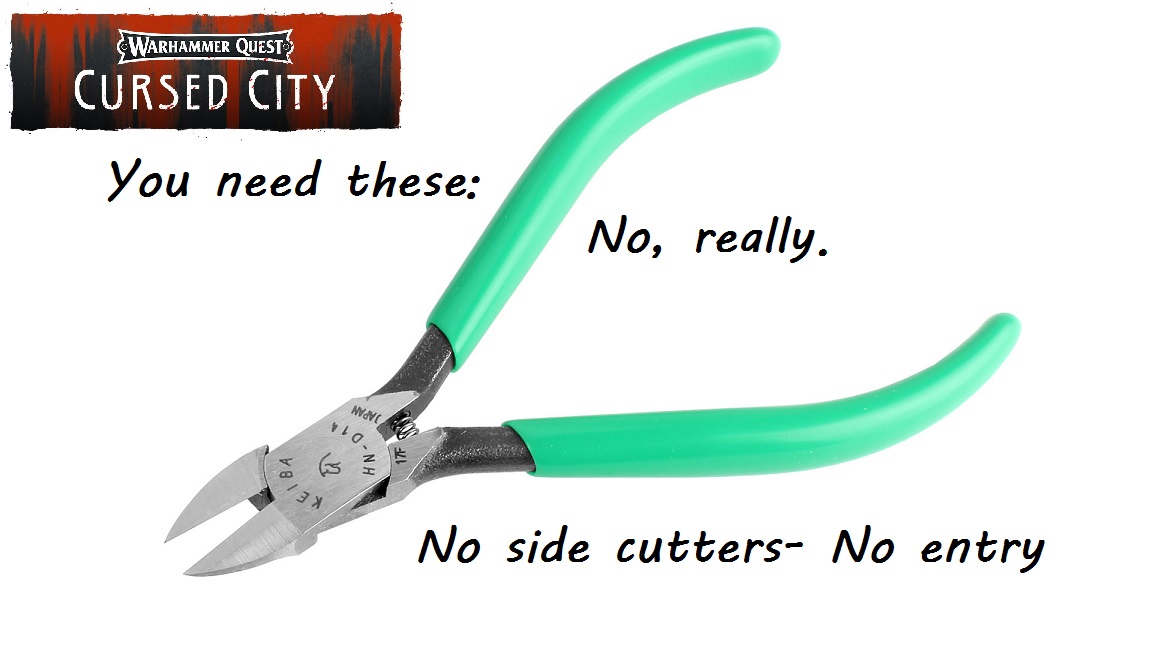 The new Warhammer Quest: Cursed City box is absolutely stuffed with gorgeous new minis – you can find our unboxing of the new box here and our review of the contents here – but putting together and painting everything in the box can be a daunting project. In this multi-part series, we’re going to look at cutting, assembling, and painting the contents of Cursed City. In today’s article, we’ll be focusing on the assembly basics, talking about tips and tricks for making sure everything fits together just like it should.

Part 1: Assembling the Denizens of the Cursed City

Ok, before we dive into this project, it’s giant Public Service Announcement time:

YOU WANT A PAIR OF NIPPERS/SIDE-CUTTERS FOR THIS BUILD!

I had already been looking for a project to serve as a change of pace from my marines – one with lots of new textures – when they announced Cursed City. Needless to say I was in immediately and would have paid whatever it took to be in on the ground floor. While I won’t be covering the assembly of every single model in the box, I’ll be talking about some key aspects of the box along with my thoughts, impressions, and experiments as I work through the box. The Cursed City presents us with one of the most impressive sets of models I’ve seen so far. I snagged the box early so it made sense to prioritize writing the assembly bits as quickly as possible to help folks anticipate what they’re in for prior to cracking the box open.

I’m going to start with the most important basic tips I came away with, then I’ll offer a short review of assembly, and finally a couple of specific bits of advice. Then we’ll talk about what’s next.

The detail in these models is spectacular.  My favorite GW model of all time changed a couple times while working on this kit.  Beyond simply what you get and how it looks, there are a few things the assembly process impressed me with and a few things that didn’t (although nothing was a deal breaker).

The whole thing took about 15-18 hours for me. Note that I am a slow builder and I did a lot of scraping, cleaning, fitting and filling.

The biggest pro (and maybe a con depending on your outlook) is the plastic they used for the heroes.  They used a really pleasant marble color that made it much easier to see mold lines and gate bumps, and it feels much, much sturdier than the typical darker plastic they use. It holds detail very well, it’s super crisp and sharp. It’s a silly thing to say, but I loved the color, it’s the best tinted plastic I’ve worked with. The protagonists are going to hold up to play much better than the baddies, who are made of the typical GW plastic.

I do wish they had made the whole set with a similar material, the baddies are slender, I am going to preface any play with anyone else by telling them to pick up these models by the torso and be very ginger with them.  I would feel much better about the durability of the villains if they had been made of a similar material to the heroes.

This is more a gripe than a real negative, but GW put a ton of gates on people’s heads. I know to an extent that’s just a matter of where the plastic needs to flow, but it’s a pain.

That said, with one notable exception they did an AMAZING job hiding mold lines. Cleaning mold lines on these models was largely an effortless process. I’d recommend building the rat swarms at the beginning of the project, though, because their gates and mold lines are super obnoxious. You don’t want to handle them late in a session when you’re already dragging.

There are basically no spare parts in this kit, just some half skeletons that will make good basing materials.

Lastly, forget about sub-assemblies.  They are overwhelmingly going to be more trouble than they’re worth. The kit does the modern GW thing where one face may be connected by a rod to someone’s left kneecap and have 4 parts on different bits.

The Dwarf Dagnai has an errata sheet with a part “A29B.” It’s largely a good idea to cut a sliver off the male peg if you are gluing, but refrain on this one part.  It naturally sinks pretty far into the model and it may be too far if you cut some off. 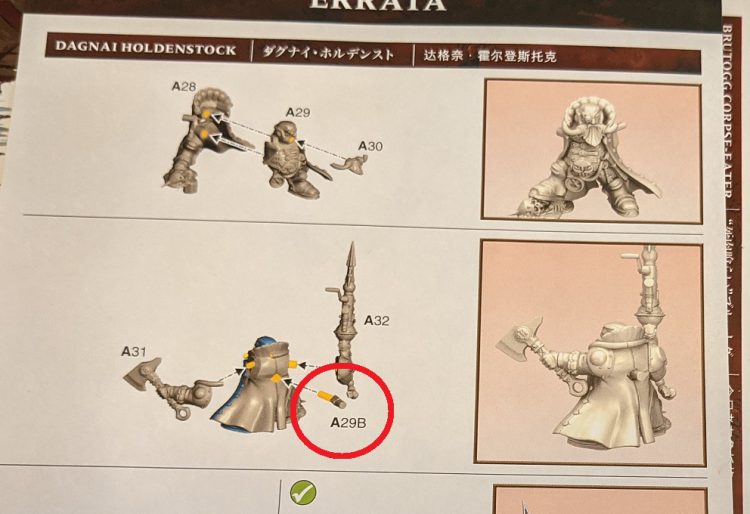 The Cleric Cleona bit “A12” (face, hat, throwing knives and a bit of robe) is listed as the first part to add to her torso, but you will want to add her arms first.  If you follow the instructions you will be unable to attach the arms without damaging her hat. 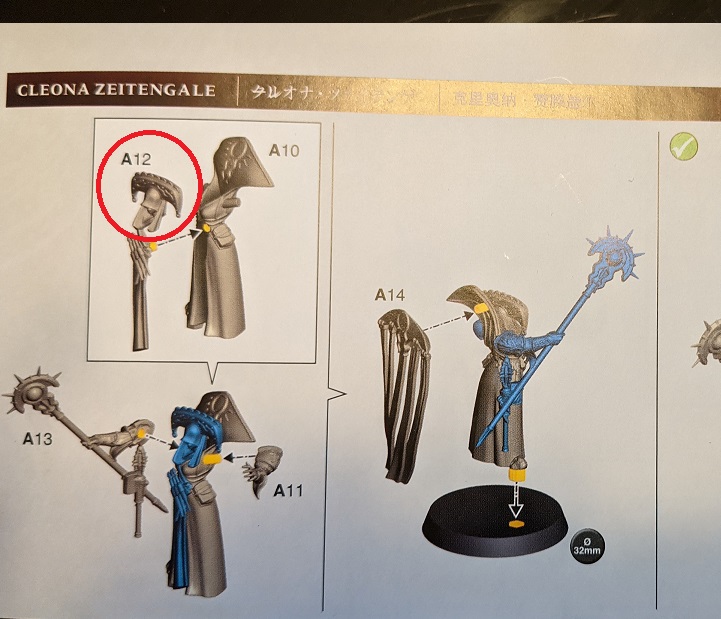 Be very careful while assembling Torgillus (the crazy cat/rat/bad lady) and Gorslav (shovel knight). Torgy’s staff is exactly where your thumb wants to go while pressing parts in, and Gorslav’s shoulder spikes are the same deal. Gorslav’s are so annoying I got fed up and just snipped one. I snipped off a few bits of the zombies as well to mix up their silhouettes.

The zombies and skeletons can be assembled so that the poses/helmets are slightly different. There are 10 combinations for the skellies and 13 for the zombies. I recommend writing down the combinations you used to make sure you don’t accidentally repeat yourself.

I accidentally pricked my finger assembling a model early in the process, so I smeared a tiny bit of blood in the inner cavity of all the vampire models. This is optional.

Next Time: Decorating the Bases

The next step is basing. I am going to build up the texture of my bases prior to priming, so that’s what’s next. In the meantime, if you have any questions or feedback, drop us a note in the comments below or email us at contact@goonhammer.com.