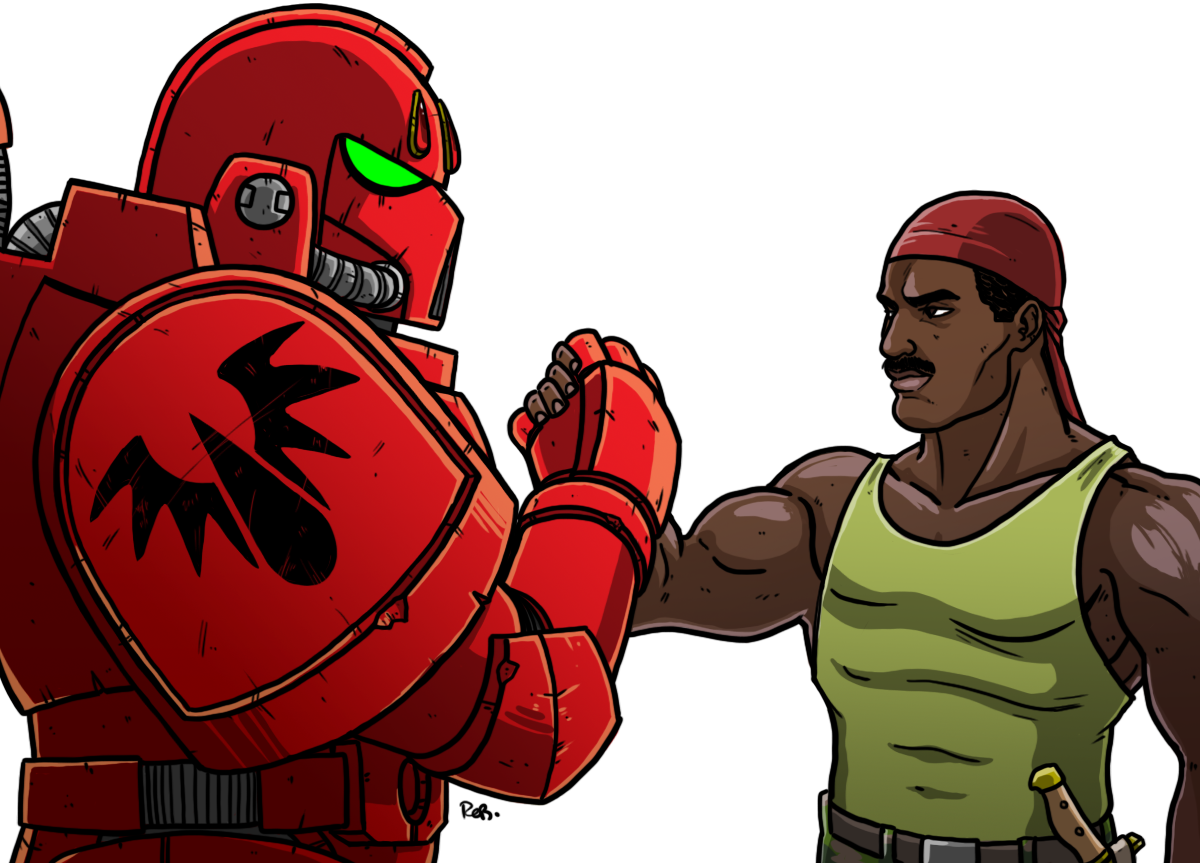 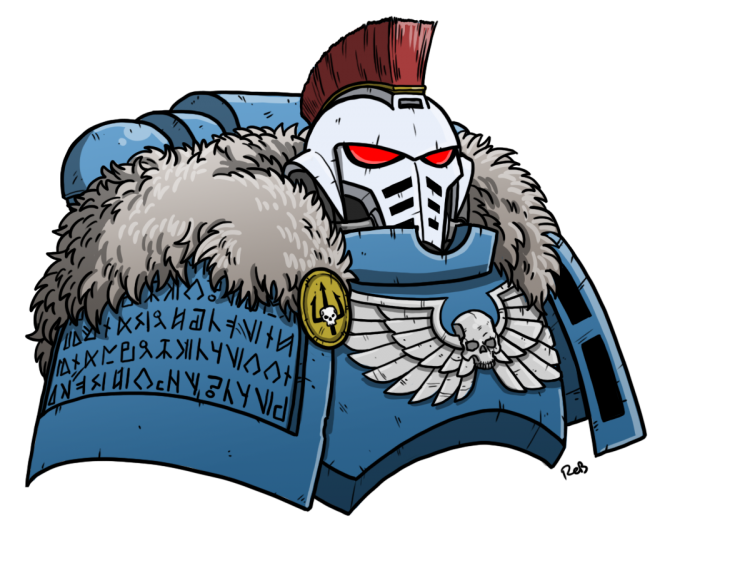 The Core Rules Rare Rules section now has a section specifically clarifying the Deployment step and what it means when a rule refers to At the Start of/During/After Deployment. Specifically, “At the Start of” rules happen at the start of the Declare Transports and Reserves step of the mission pre-game sequence, and this is when Combat Squads happens.

“After Deployment” rules happen during the Resolve Pre-Battle Abilities step. The example given here is the Lord of Deceit Warlord Trait, where you’d re-deploy up to three <CHAPTER> PHOBOS units during this step.

On the whole this is more of a “necessary clarification,” though it does give us set timing for when Combat Squads has to happen, and now your decision to Combat Squad a unit must be made before you decide to put it into reserves with Teleport Strike. No more spending 1 CP to reserve two Combat Squads – something that is addressed again with…

A clarification has been added as to how one-use unit level upgrades like Teleport Homers apply to units that split up into Combat Squads – who gets the upgrade? The answer is pretty generous – you can still only use the upgrade once, but either half of the unit can use it, and you don’t have to decide which is getting the toy at the time they split. Thanks to this, there’s probably some fringe utility to combining a Teleport Homer with a 10-model unit of Terminators to be had somewhere. 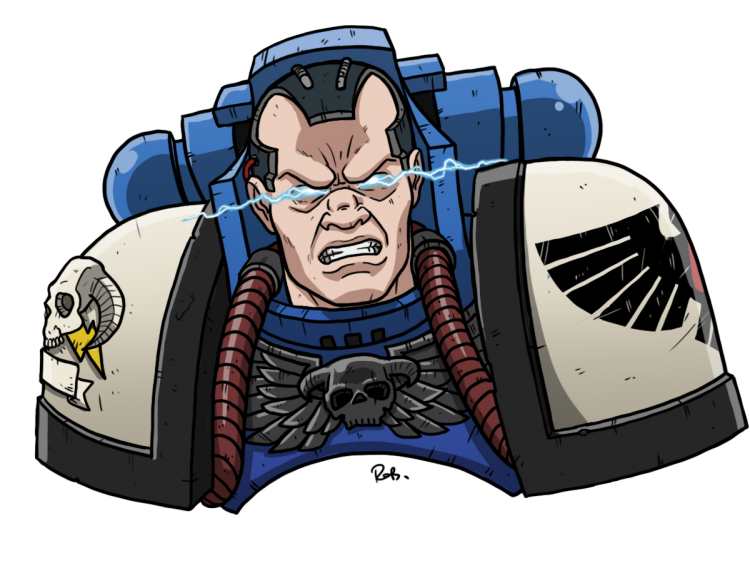 The Core Rules Rare Rules section now has specific wording around what it means to have access to Psychic Disciplines, and what happens if you take one discipline instead of another, such as giving up Librarius Powers for powers from the Obscuration or Interromancy Disciplines. In these cases you lose access to the original discipline and cannot gain powers from that discipline with a relic like the Tome of Malcador – the Tome now only gives you an additional power from the replacement Discipline you know powers from.

A notable nerf here – the Guerilla Tactics stratagem previously, due to the way it was worded, allowed you to come back in from Strategic Reserves the same phase you entered it as long as you used it during the Move Units step. Turns out that Phobos Marines are sneaky and speedy but can’t actually just straight up teleport across the table – you now have to wait until a future turn to bring the models in from Strategic Reserves. This reduces the amount of Scramblers (sorry, ROD) utility you can get from a single Phobos unit, as to use this stratagem you’ll need to skip at least one turn of doing Actions with them, and generally makes the existence of Phobos units that much less of a headache for your opponent. 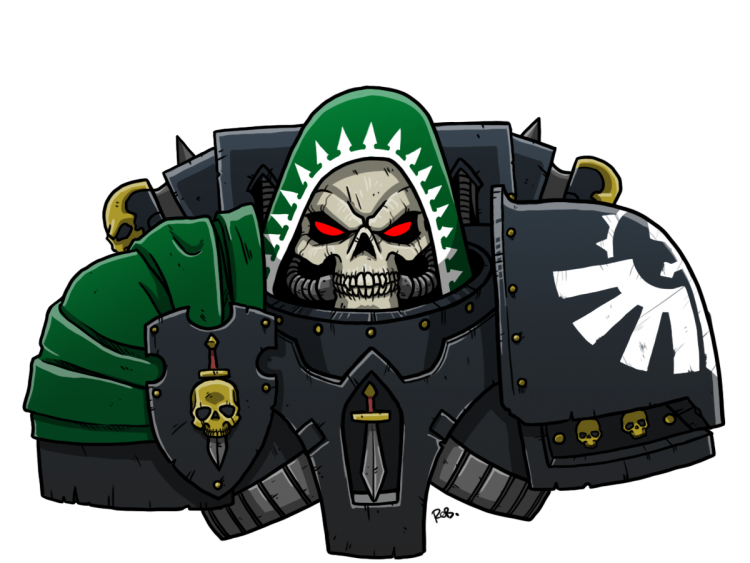 Some of the Chapter Command Warlord Traits (Selfless Healer and Wise Orator) set the cost of some stratagems to a specific value when the model uses them. Previously, because of the way ordering worked, if your opponent had some sort of effect that increased the cost of your stratagem (e.g. Agents of Vect) you could technically choose to apply your “set to a specific value” effect after the cost increase, totally ignoring it. No dice. In line with most places where this sort of thing can happen, the setting of the cost always applies first, then any other modifiers – so the Vect tax will have to be paid for your endless Combat Revivals.

Ruststalkers join the forces of the Death Guard getting an upgrade to their movement abilities. Not because Optimised Gait changed, mind – but rather because of the Core Rules changes to Difficult Terrain, which now makes it a modifier on a model’s Move Characteristic and charge rolls. This now means that they can traverse Difficult Terrain freely.

AdMech’s Secutarii units and their version of the Terrax drill have now been changed to have the Doctrinas ability instead of Canticles of the Omnissiah, bringing them in line with other Skitarii units. This is particularly good for the Drill in Mars, and just in general being able to push an already tough and aggressive unit’s save up to 2+ via Bulwark doctrina, and having the option to amp up whichever of its considerable melee or shooting it’s using this turn is fantastic.

These are now explicitly clarified as being Elites, where previously there was a disconnect between their datasheet and the points section at the back of the book. The large point hike these have recently taken means this doesn’t matter as much as it could have done, but it does mean if you still want to go wild on a Battalion containing Scions and as many ponies as you can handle, you no longer end up clogged up on the Fast Attack slot.

…didn’t change. AdMech are mostly too new, Sisters are too imminent, Custodes are too small and Guard are too old.