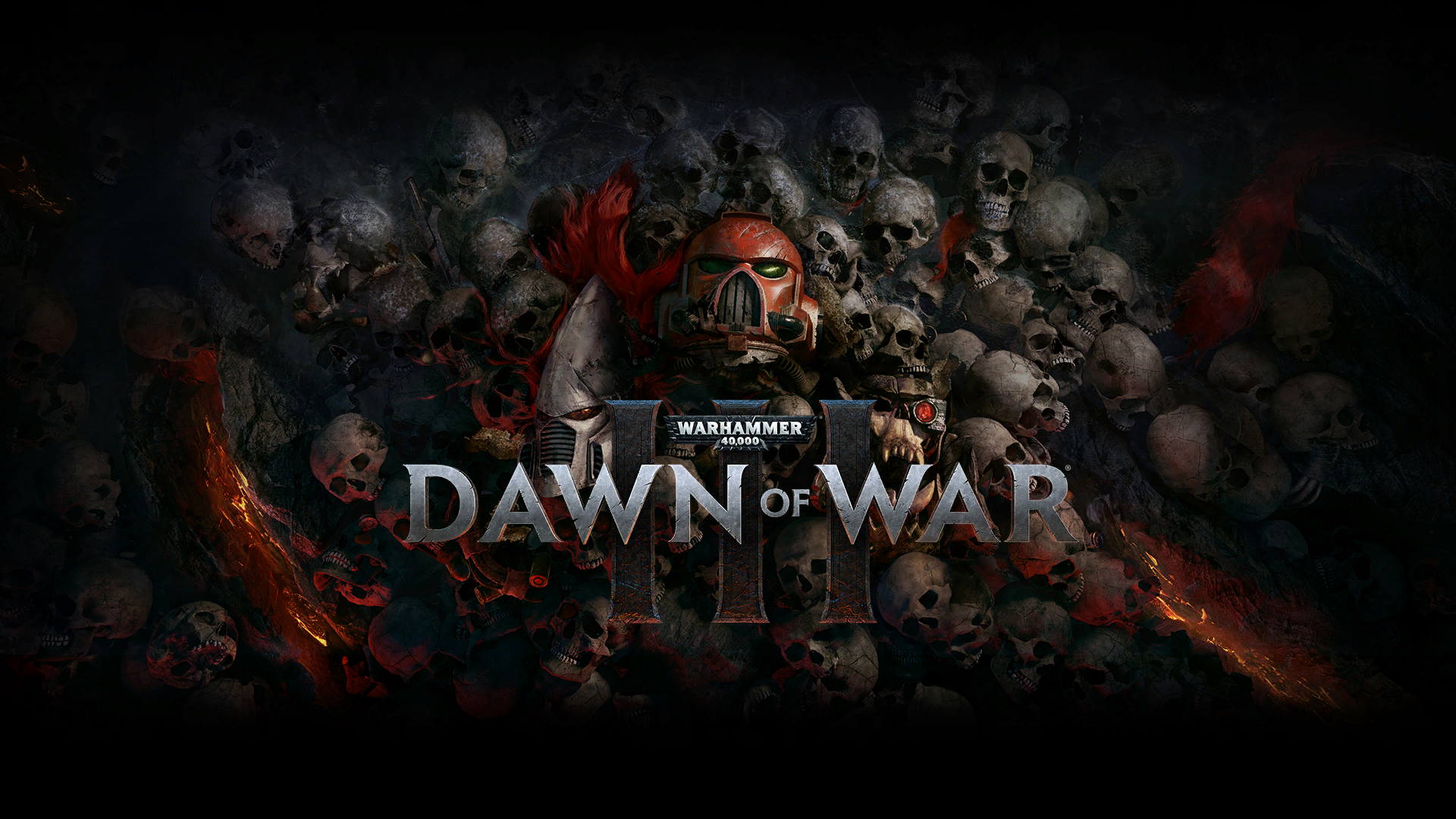 Dawn of War III is a dead game. All the Dawn of War games are dead games now, to be fair, but you can usually find at least some diehards still doing The Last Stand back in Dawn of War II if it’s the right time of day. And more importantly, Dawn of War II is a decade old. The most recent — and almost certainly final, at least until there’s a hard reboot — entry into the franchise launched in April 2017, and by February of next year, Relic Entertainment had pulled the plug and cancelled any plans for follow-up content.

I got the game for $40 on Steam — outside of buying keys on the grey market, that’s about the price point the game is sitting at right now — and was done with it in two sittings. The two multiplayer games I tried to join, once I found someone to connect with, resulted in immediate drops, so I can’t really speak to the multiplayer. Or maybe I just have in the most brutal way possible for a game that clearly lived or died based on the success of its multiplayer to prove to Relic that there was a market to add more drip-feed, DLC content.

I suspect this is the business model because the game makes the galling decision of only having three races available for play — the Space Marines, Orks, and Eldar — and not making them that deep or comprehensive, such that this feels like a real investment in those three properties. When Battlefleet Gothic launched with relatively few controllable factions it was because, for instance, the entire Imperium was a faction containing broken-out flavor for the Imperial Guard, the Space Marines, and the Adeptus Mechanicus. Not so here; you have three playable races which are slightly less sophisticated than their counterparts all the way back in the original Dawn of War — and Dawn of War had fully functional, playable Chaos Space Marines.

There is only one campaign, and it has you switch between all three factions in a round robin — Space Marines, Orks, Eldar, then Space Marines again and so on. This is strictly preferable to Dawn of War’s Space Marine-only campaign, but that’s the only way in which the single-player content distinguishes itself. Gabriel Angelos is back, but is sadly no longer being voiced by Brian Dobson; the new voice talent is serviceable, but doesn’t have the judgmental sneer that Dobson brought to the role. Too often he simply sounds surprised. Farseer Macha returns from Dawn of War’s original campaign, but if that doesn’t ring a bell, you’d be forgiven; every Eldar farseer across the entire series used the same model and the same voice direction. Taldeer, Caerys, Idranel; all were severe redheads with the distinct aesthetic of an ADA from Law and Order when you were playing them, or your shitty boss from work when you weren’t.

This campaign is the stock-standard “the Space Marines and Eldar fight against each other only to begrudgingly team up in the end” plot you’ll recognize from all the previous Dawn of War games, except this time the Orks also get in on the final, desperate alliance against the (unplayable) forces of Chaos. At this point, Angelos and Macha might as well just get coffee afterwards, if they’re going to keep meeting up like this. The games can’t really do anything interesting or important in the Warhammer 40K universe — that’s a privilege accorded to the tabletop product — but it would be nice to see something at least slightly different. The Winter Assault campaign provided an inkling of this, but it was still the same basic framework. At least next time make the “friendly” xenos the T’au.

The game’s concept feels like a halfway-compromise between the design theories of Dawn of War and Dawn of War II, splitting the difference and satisfying no one. There’s building…but not a lot of it. There’s MOBA-like hero control…but not a lot of it. And with only three factions, the gameplay gets real stale, real quick. While the Orks play quick and fun — they’re the standout faction of the game easily, with intuitive mechanics and a fast pace — Space Marines and Eldar reward much slower, steadier play. Space Marines especially seem to have everything they deploy costed at about 120% of what it should cost in requisition; their armies can be strong, especially once the armor hits the field, but you have to make it there first. In single player, the later Space Marine missions are the ones that will most often turn into hour-long slogs.

There are some good additions to the game concept; my favorite thing in Dawn of War III that I don’t think I’ve seen done anywhere else is that they programmed in sufficiently complex voice lines that your advisor, when informing you that your base is under attack, will give a direction and a force strength along with the bare-bones alert. The army painter seems fun, I guess. I do legitimately enjoy the story of the Blood Ravens and Macha/Taldeer/whoever, even if it’s basically the same story over and over again.

The biggest bullet to the game’s head, however, is the one you probably knew about before reading this article. The graphics are confounding. It’s not that they’re bad, per se — they are — but they’re intentionally bad. And they’re bad without really giving back processor power. There’s also no excuse of this being a console port… and yet the game has console-port type graphics options, just the most basic textures, physics, and anti-aliasing options. And you will want anti-aliasing. Here’s a screenshot of how it looks for me on max settings on a GeForce 1060 without AA: 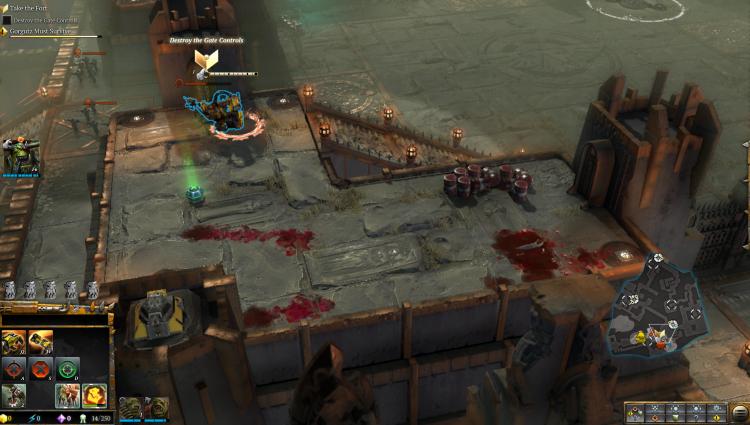 As bad as that looks static, trust me, it’s worse in motion. It gets better if you zoom in, for some reason — but this is an RTS hybrid. You want to be able to see as much of the battlefield as possible.

Here it is with AA cranked up: 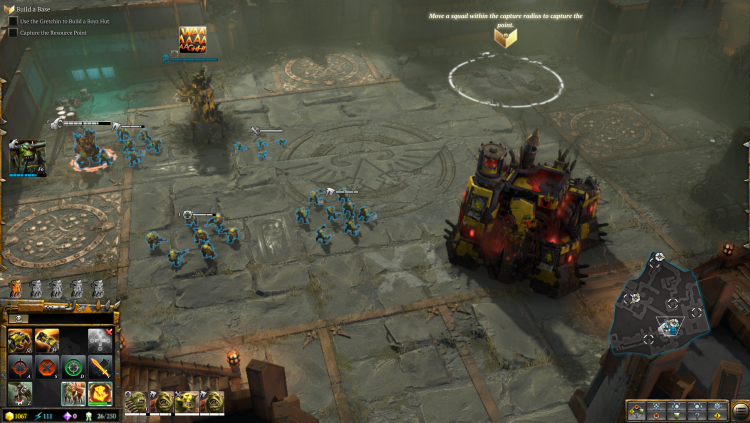 Better! Much better. But not good. And it looks like all your units have vaseline smeared on them in motion, still. It’s baffling this game was permitted to look like this. There are some mods you can use to improve it a bit, but we’re not here to review mods. If the game had interesting, deep single-player content, or an engaging multiplayer scene, or more than three playable factions, this would be somewhat forgivable. As it is, the most interesting thing about Dawn of War III is what dev cycle could possibly have led the same studio that made the first two games to produce this thing. Frankly, it’s a better use of time just to move on.

Final Verdict: Not only is the game bad and devoid of content, it’s still $40 on Steam. Do something else with your time and money unless and until you can get it 90% off on sale, and even then, only do that if you really want to play through Angelos and Macha’s last hurrah.