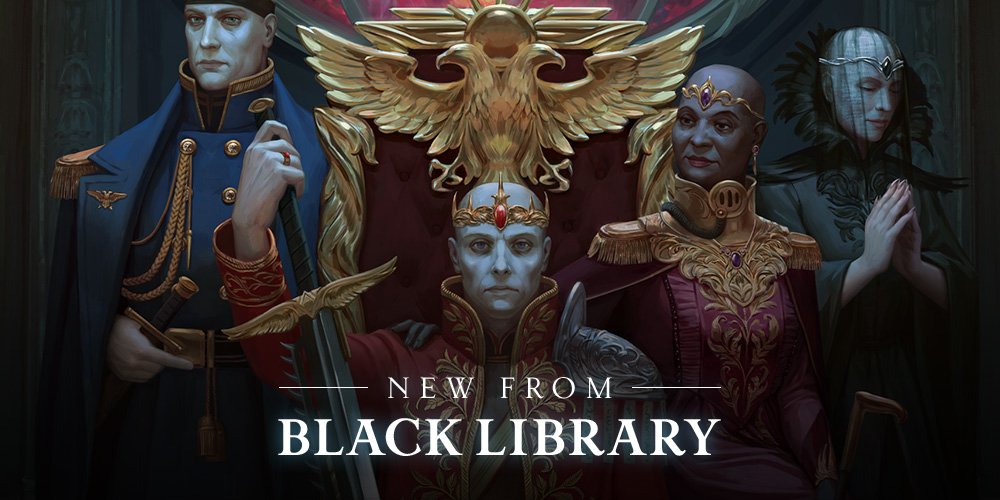 Note: I listened to the audiobook, performed by Helen Keeley.

A widowed Navigator attempts to claim control of her influential house; a chaos cultist murders in service of a depraved, world-ending, chaotic ritual. These are the two primary strings that Mike Brooks weaves together in Rites of Passage, his debut Black Libary novel. Overall the novel suffers from a few too many plot threads, but where those two core strings are knit tight, it’s an engaging look at an unexplored element of the Warhammer 40,000 universe.

Rites of Passage opens with a bang. While traveling home from Necromunda following the death of her husband on Necromunda, our protagonist Lady Chettamandey Brobantis awakes to find the navigator of her ship has been killed by warp-shock. The nearby planet Galimo Prime is sucked into the warp – we’ll learn later it was due to a cultist ritual – and the resulting warp-ripple is enough to sear her navigator’s brain. As a powerful navigator herself, Chetta is uniquely positioned to both understand what happened and investigate the issue from her home on Vorlese.

Chetta arrives home and begins her investigation against the backdrop of a familial power struggle. Each Navigator House is led by a Novitor; the death of Chetta’s husband has left the position empty and a series of characters within House Brobantis are vying for the position. Chetta herself wants it, and complicates the situation by setting off a trade war with a former ally at her husband’s funeral.

Meanwhile, Radimir Niklau arrives on Vorlese fresh from his world-ending ritual on Galimo Prime. After ingratiating himself with a local Chaos Cult, Radimir uses his warp-powers to carry out assassinations of various Navigators. The motive behind the murders is the collection of Navigator warp eyes – these 3rd eyes are what allow navigators to peer into the warp and aid in humanity’s (relatively) safe transit through the warp.

Brooks bounces back and forth between Chetta and Radimir’s points of view throughout the novel. Their characterizations are the highlight of Rites of Passage. Both characters are confident and competent, though they are pressed in different ways. Brooks casually reveals in the first few pages that it was Chetta who set-up the death of her husband in a way that underscores her determination to guide her family and effectively frames the high stakes game of Navigator House politics. While the scene in which Radimir cements influence of the cult has some groan-inducing dialogue, the cool manner in which he dispatches a cult member mirrors Chetta’s grab at power.

As chapters alternate between these two characters, we’re given a clear picture of their motivations and struggles. Both assume influence of their immediate peers though neither have direct authority. Radimir is forced to literally dance through the shadows to commit depraved murders and escape in dogged service of the chaos gods he worships. Chetta attempts to keep the political wolves at bay while trying to save her planet; dealing the entire time with chronic pain caused by a body ravaged by warp navigation.

It’s unfortunate then, that the remaining characters are not given equally compelling characterizations and roles to play. Both characters are surrounded by a supporting cast that have just a few too many members, pushed along just a few too many plot threads. Chetta’s cavalcade is presented in a literal parade of names during the funeral scene, with her internal monologue serving to introduce them all via rote exposition. Radimir’s cult are named during a cult meeting that reads like forced networking at a Chaos Symposium. “Hi, I’m Karen and I shoot fire. This is Doug, he’s a mutant”. There’s also Rogue Trader and Pals, planetary Governmental figures, and an Administratum adept who is one of the few supporting character bright spots.

All the characters are used well enough, but the book is not long enough to support all the goings on. This book is half political-intrigue novel, half crime novel, and half murder-horror. That’s one too many halves stuffed into a brisk 336 pages that leave Brooks trying to balance too many spinning plates.

Now to be clear, Brooks never drops any of these plates; it’s just that none of the narrative motifs are given quite enough room to breathe and be great. The political spider-web is left primarily to a few scenes of Chetta running through a series of potential motives and betrayals without the reader being able to experience them organically. The investigation proceeds and resolves with little surprise, and the tension in Radimir’s scheme suffers from the knowledge that things need to wrap up soon. Worst of all, the collision of all these plot elements occurs through a frustrating though necessary contrivance.

This is truly unfortunate, as the story is as engaging as the main characters are realized. If any of these motifs had been dropped or had Rites of Passage clocked in at the same 11.5 hours that Spear of the Emperor did, there may have been room to more deeply engage each individual element. As it stands, the book is carried by Chetta and Radimir as characters and the high-level story of a doomsday ritual.

Chetta is a character I’d love to hear more from. She wields power and influence, yet is physically broken by the strain of warp navigation. Her experience as a navigator grants her both a fear of the unknown and an earned arrogance in her ability to emerge on the other side of conflict. She cares deeply about her responsibility to her house and children while balancing that against her responsibility to the Imperium.

Ultimately, Rites of Passage is worth a read (or listen). I’ve listened twice already, and wouldn’t be surprised if I go back again. There’s a bit of a cliffhanger at the end of the novel which leaves me with the hope that Brooks will return to these characters in another book. If he does, I’ll be first in line to pick it up. In fact, I’ll be first in line to pick up Brook’s next Black Libary novel regardless of who he’s writing about.