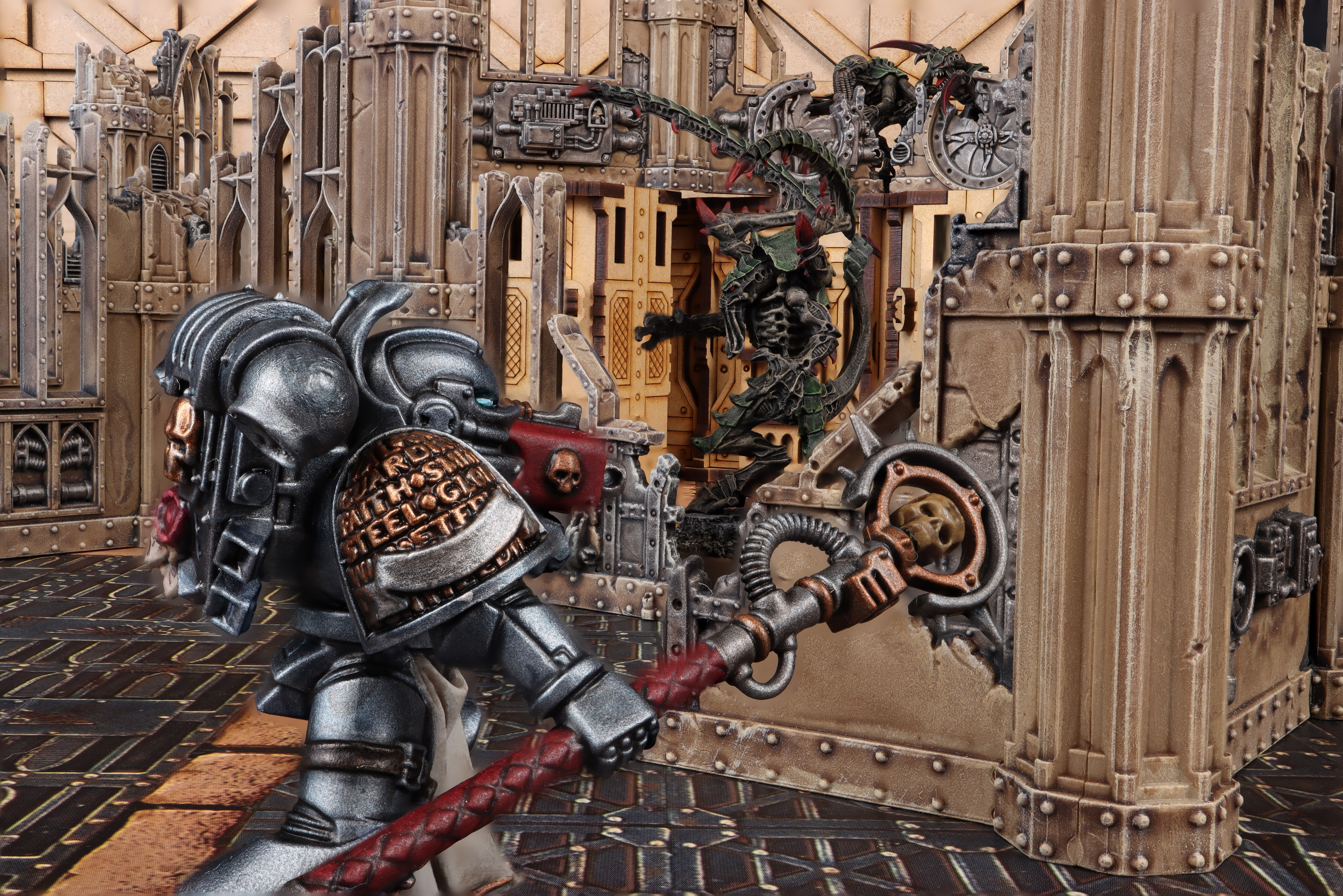 Mind bullets and deep secrets? Sounds like Grey Knights to me. But first let’s kick back and relax. I cooked up something special. Doesn’t it smell great? Please, help yourself. Grab a plate, scoop yourself some, and let’s talk about my Grey Knights …

In a boundless galaxy of untold terrors, hidden in the unseen depths of our own solar system, the Grey Knights enact vengeance upon daemons who dare test the sanctity of humanity’s realm. Or, you know, kill random innocents who saw them on the opposite side of the battlefield. They’re good with that too. 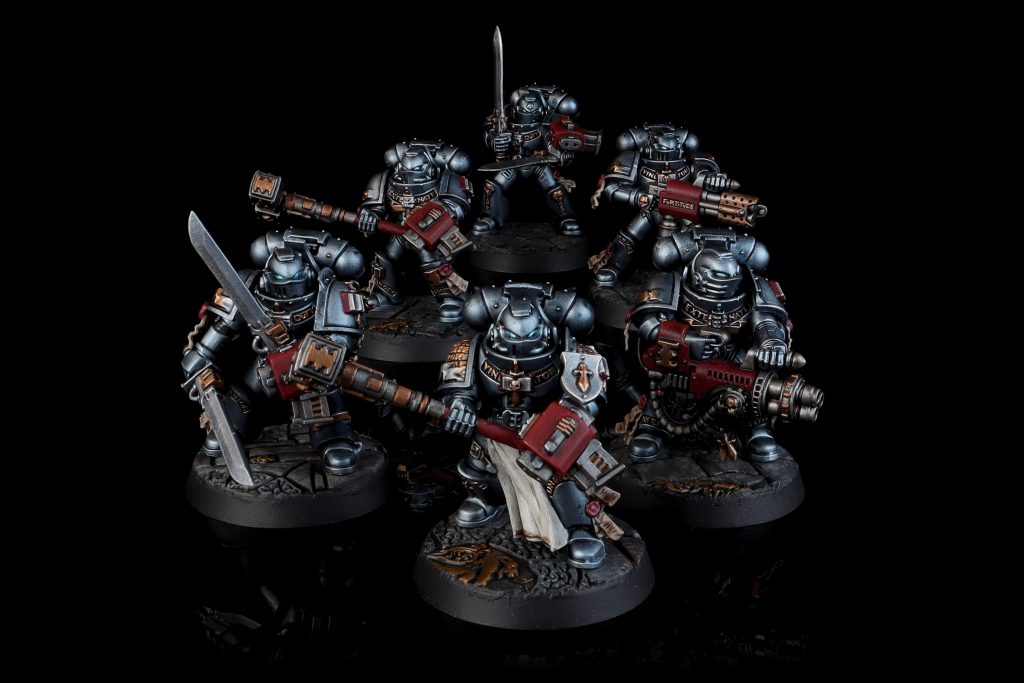 It’s no wonder that I was drawn to them for Kill Team, especially when a single pack of Grey Knights Strike Squad creates an entire team with several different layouts. But holding me back was not knowing how I wanted to paint them. Seems a petty thing to be stuck on, but I am a petty man. However, I pushed past that pettiness and purchased a pack when Games Workshop released the Grey Knights Steel base paint.

The Look I’m Best Known for Is Blue Steel

Prior to the release of Grey Knights Steel paint, I honestly had them on the backburner somewhere between my fourth Sydonian Dragoon, and my fifth Imperial Knight. The Grey Knight’s bespoke “Leadbelcher ‘n Wash” look just wasn’t doing it for me. While I use that recipe on plenty of other models, it just didn’t seem right for my Grey Knights. 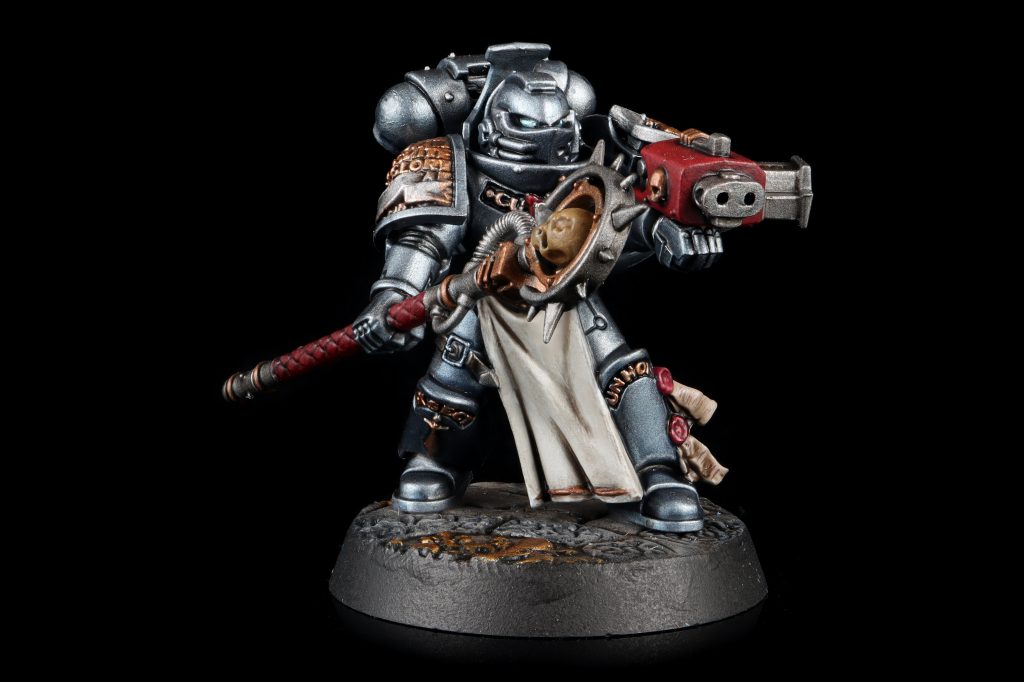 Edict Imperator is more of a catalog look, I use it on Nemesis Dreadknights sometimes.

When Games Workshop announced Grey Knight Steel base paint, right away I knew that was the exact color I was waiting for. And adding on a wash of Drakenhof Nightshade made it perfect. I buckled down, bought a single Grey Knight Strike Squad box, painted them up, and had a Kill Team. You can see the exact steps I used to paint my Grey Knights in our How to Paint Everything: Grey Knights article, but rest assured it’s as is easy as 1-2-3 (4-5-6-7).

But now that I had Grey Knights in hand, how did they fare on the battlefield?

Grey Knights pose a serious threat on the battlefield for a variety of reasons, but first and fun-most is their psychic strength. Though they have restrictions on range and who they can target, in Kill Team they can consistently put out 2 mortal wounds per turn and throw a wrench into your opponent’s plans. In Warhammer 40k, the buffs from Psychic Awakening improved their smite to 2 mortal wounds each, it means no matter the situation you find yourself in, mind bullets are a good solution. 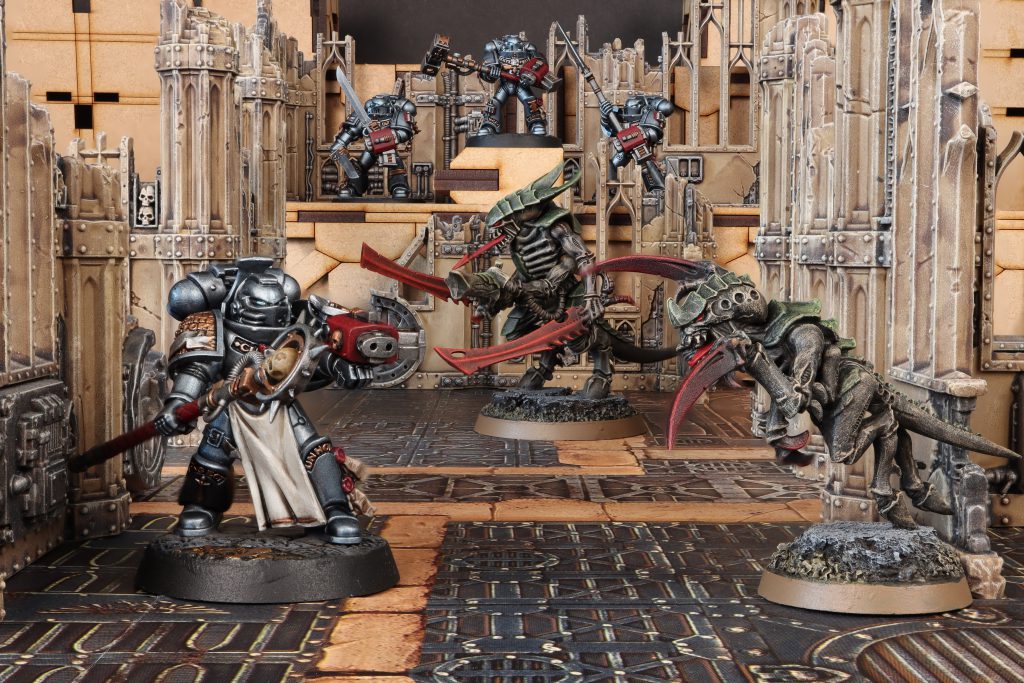 In my opinion, there is one true form of the Imperium’s defenses against Chaos, standing strong against those who seek to corrupt the pure, the white knight of the Grey Knights – the Justicar with the Nemesis Daemon Hammer. 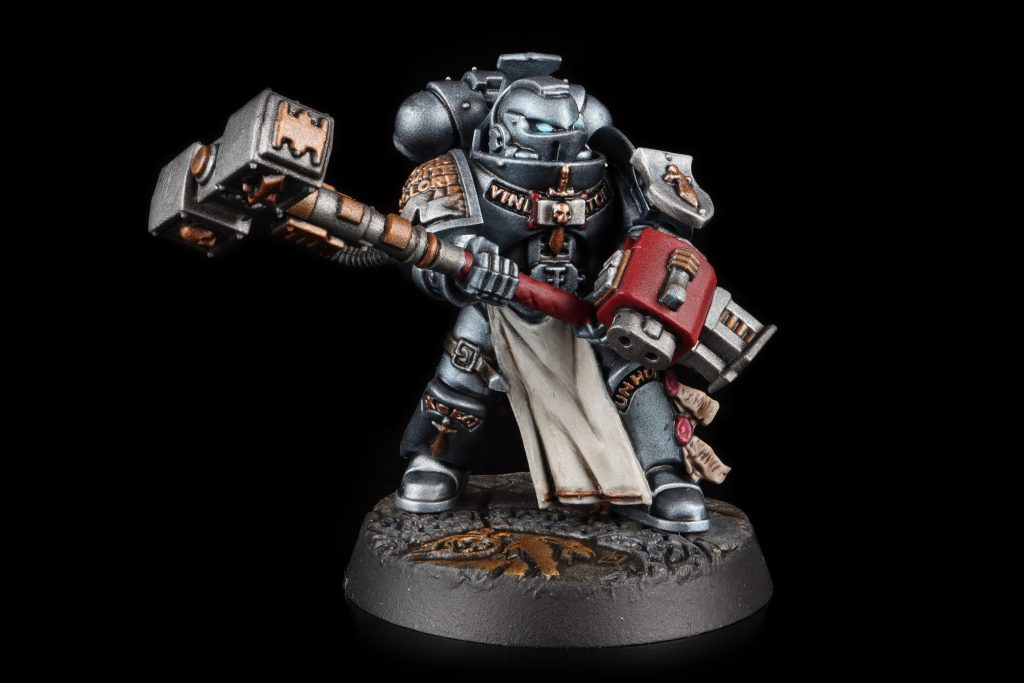 This is for fighting, and boy is it fun.

I cannot tell you how much hurt this model can put out. As mentioned before, it’s got mind bullets to spare. It also come standard with the Grey Knight’s Storm Bolter which is fine, but the real pain is that melee. Two attacks. Strength eight. Minus three AP. Three damage!

If That Don’t Work, Use More Gun 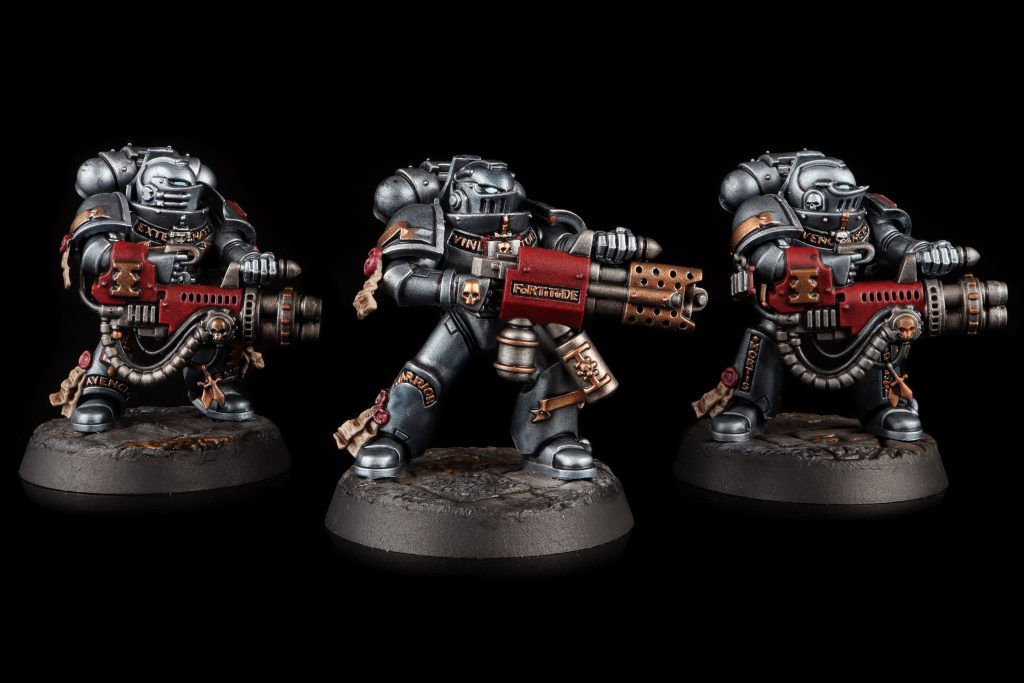 Grey Knights have some scary guns at their disposal: the ironically named Psilencer being a favorite of mine. Shh, don’t get too loud. Would hate if anyone heard the sounds of my psychic-force-made-into-bullets, xeno-tech gun tearing through an entire squad of enemy troops. Shhhhh.

But it’s not all sunshine and roses for the Grey Knights. In fact, very little is sunshine for them. Due to its distance from the sun, Titan (Saturn’s largest moon, and home of the Grey Knights) only receives 1% as much sunlight as does Terra (Earth’s largest itself, and home of delicious Valentina Hot Sauce). And as spicy as their firepower is, Grey Knights have relatively poor tolerance to pain.

Members of a Grey Knight Strike Squad aren’t sporting an invulnerable save. They only have 1 wound. While they have a 3+ save, that’ll get melted through with a little AP. While these grey boys can dish out a load of hurt, they certainly can’t take a lot of it.

That being said, despite Grey Knights not being a perfect army, they are still the blue steel psychic powerhouses I love. They are perfect in the eyes of the beholder, and I love beholdering them.

And those are my words about the Grey Knights. They’re decent words, and I hope you enjoyed reading them as much as I did writing them. It’s been a long day, so I’ll close up after you head out. I’ve still got a bit of housework to wrap up first though, so I’ll be around for a little while. If you have any questions or feedback, please hand-carve them onto the comment tablet below or affix them to the email altar contact@goonhammer.com.