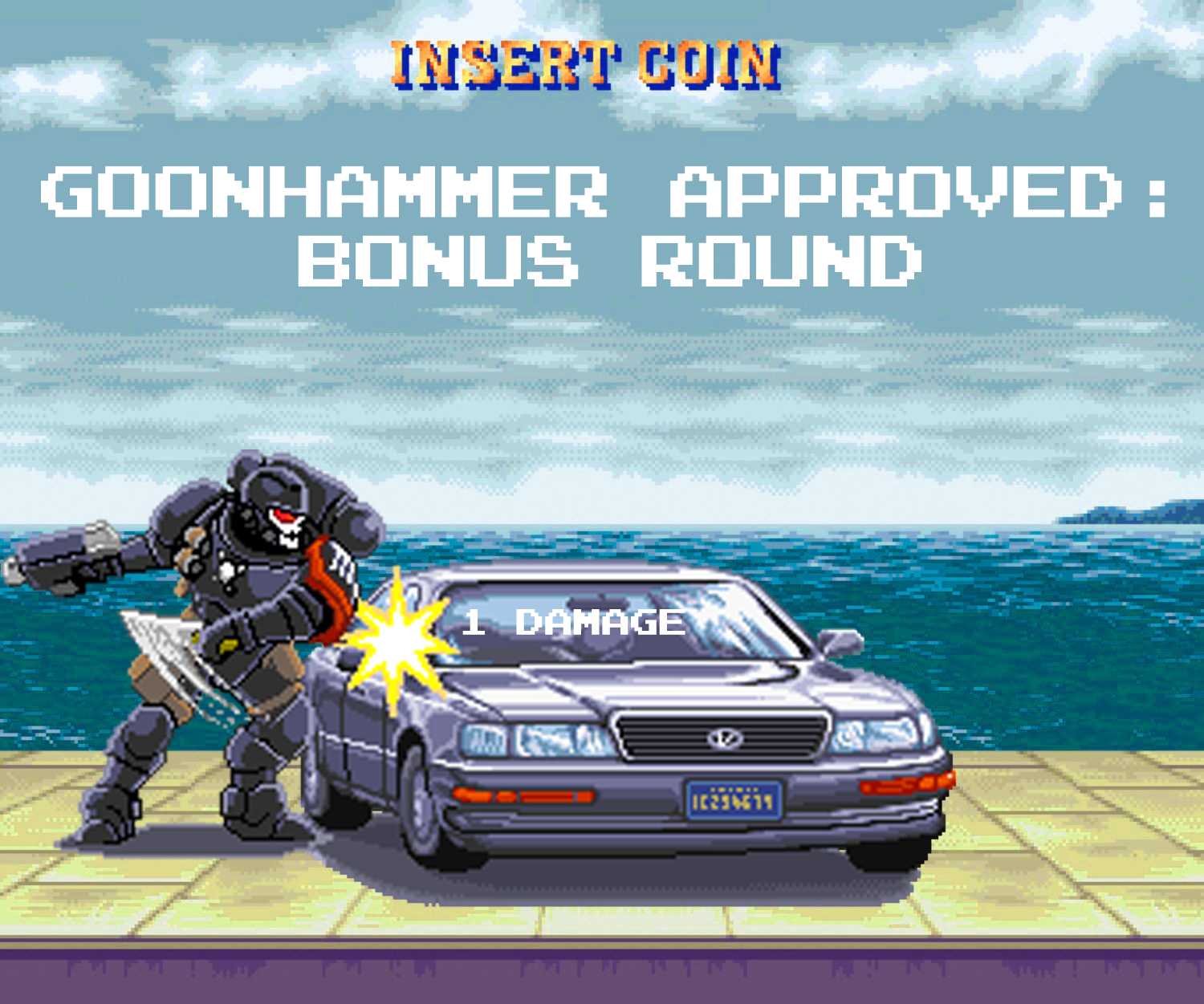 Here at Goonhammer, we’re always looking for new ways to play, and today Greg “ANAmal.net” Chiasson and Robert “TheChirurgeon” Jones bring you the first new mission crafted by the Goonhammer Hive Mind, in an extremely serious series we’re calling Goonhammer Approved. This is designed for Narrative Play, but works fine in Open or even Matched Play if you really insist on it.

Today’s mission was inspired by a piece of “art” Rob drew for his excellent NoVA Open 2019 recap. As soon as I read the magic phrase, the most beautiful words in the English language, “fucking up a 1993 Toyota Celsior”, we knew what we had to do. 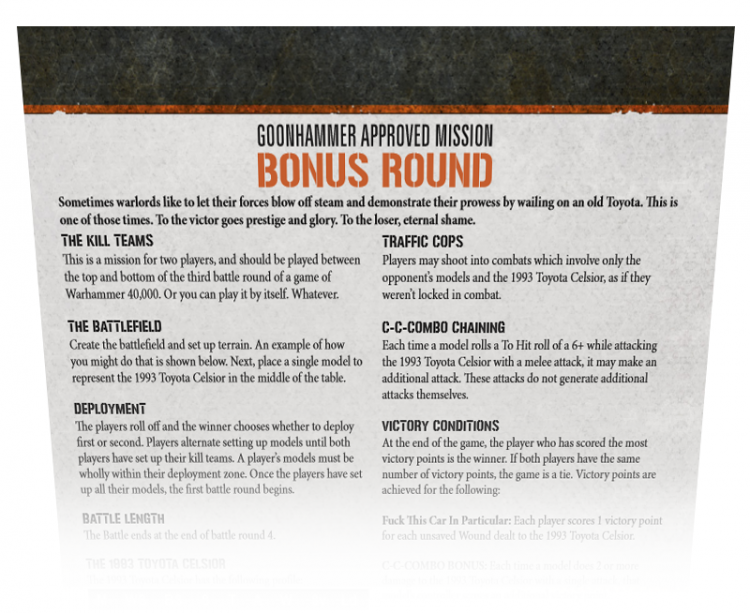 Bonus Round is based around the classic Street Fighter II stage where you beat the ever-loving shit out of inanimate objects. Just going absolutely sicko mode on that bad boy. Goonhammer has a deep commitment to accuracy in reporting, and we aim to bring you only the very best in Content, so we dug deep and did the research (that is, Rob spent five minutes on the unofficial Street Fighter Wiki) to determine the exact make and model of car that would be getting the aforementioned shit kicked out of it. In theory, you could play this with any other type of roughly car-shaped model, I guess, but unless you use the official model, your results won’t count and also we’ll make fun of you.

Chapter Approved 2019 recently released rules for Linked Games, which you can read about in our preview here. This mission is designed to be the perfect interlude, played between the first and second turns during the game’s third battle round, i.e. halfway through the game. Pause the game and play a game of Kill Team using the BONUS ROUND approved mission. When you return to the game of 40k, the winner of the Bonus Round scores D3 victory points in that game, and immediately gains D3 CP.

Let us know if you played this (because we definitely haven’t), in the comments, or you can send us your battle reports with photos of you and your friends playing this mission while “Guile’s Theme” from Street Fighter II plays in the background at contact@goonhammer.com. If we get a few of these, we’ll post them on the site at some point.