Hello again everyone! We’re at about 7 weeks from Nova now, and I’m starting to feel the crunch. To ease myself back into painting my Rainbow Warriors scheme, I decided to paint two models I’m not particularly planning on using. I also wanted to test how I could utilize contrast paints. Phobos marines have a lot of the soft under-armor, perfect for Black Templar contrast, so I painted up a Reiver Sergeant and the Shadowspear Phobos Captain: 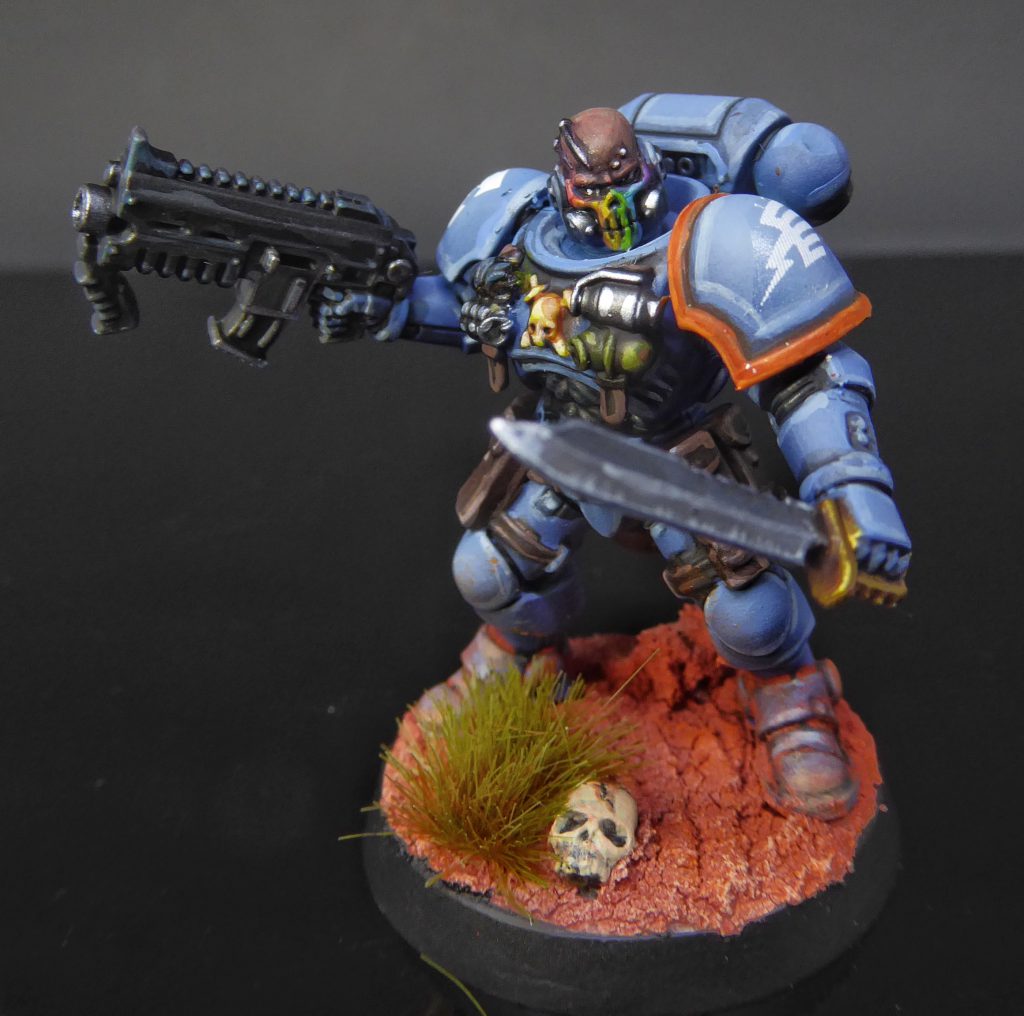 The Reiver Sergeant has been a constant presence in my games of Kill Team. In the pre-Elite days, he was a good leader to pair with my Intercessor Sergeant with Power Sword. They would try to multicharge and take down an enemy together before it could strike back. However, with all the new options available to Space Marine Kill Teams, I’m not sure if his 4 Strength 4 Damage 1 attacks are worth the investment anymore. 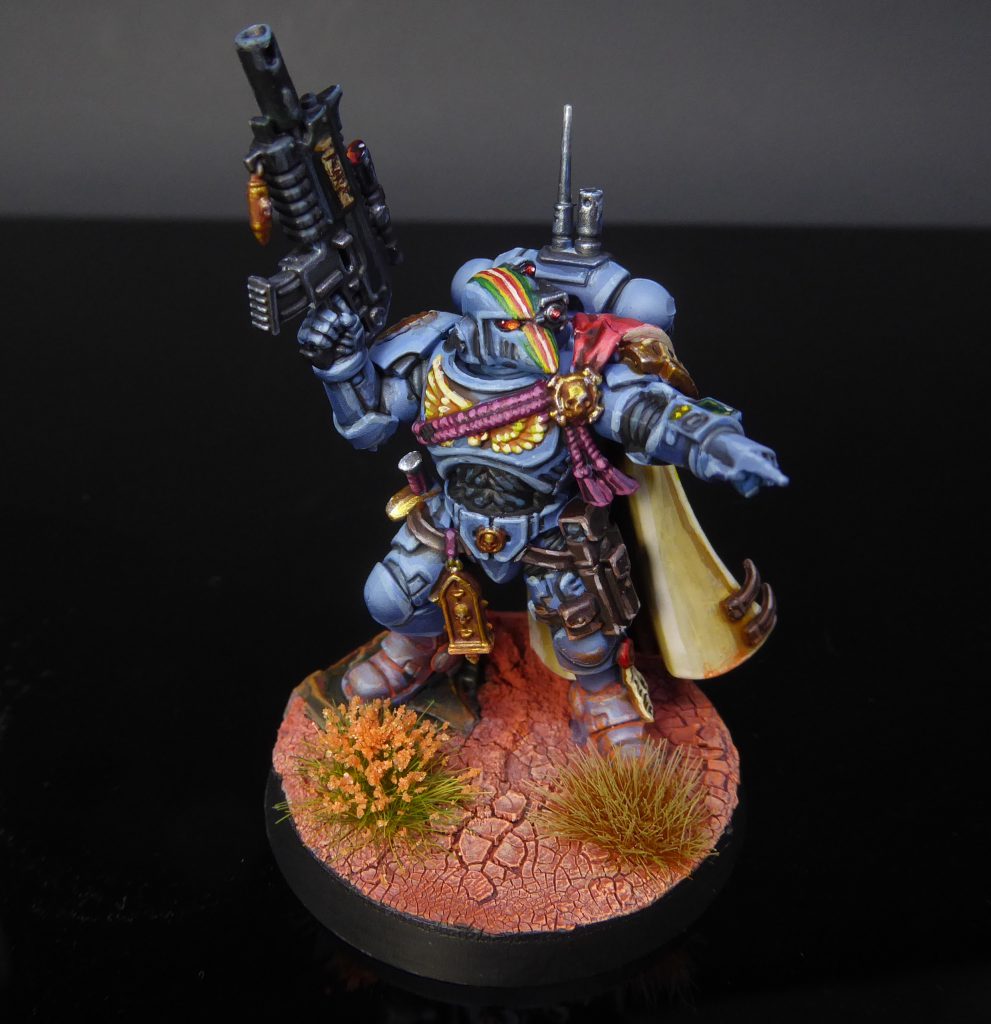 The Phobos Captain isn’t one of my favorite models from Shadowspear. I wasn’t a big fan of the servo skull that normally hangs out near his feet. It felt like it interfered with the lines of motion on this model, so I removed it. He also doesn’t seem all that useful on the tabletop. He’s far more expensive than my favorite HQ , the Primaris Captain with a Powerfist, and doesn’t have enough shooting to justify his points. 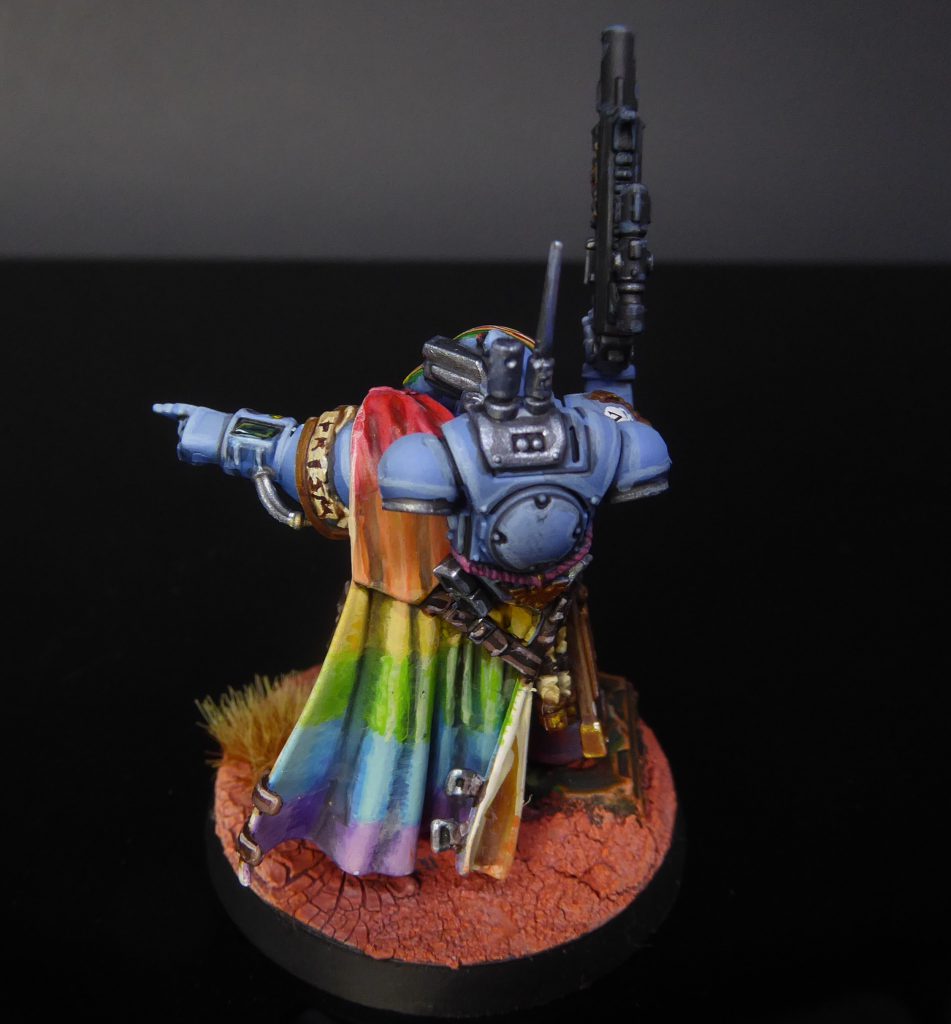 I took a lot of advice for how to paint the camo cloaks from the community at large. On my Eliminators I found that I was getting a lot of strong tide marks between my glazes. It turns out that the proper way to glaze is to make your brush strokes from the outside of the color band to the center. The spot where you pick your brush up is going to get the strongest amount of pigment. My technique still needs a lot of work; the color bands don’t have the tide marks but they do look really scratchy.

As far as the testing of Contrast paints went, I’m a mild fan. Using the Black Templar on the gun was kind of annoying; having to paint the gun white to paint the gun black felt pointless. It did do a great job on the under-armor and the few other places I used it, like the purity seal wax or the yellow lights/buttons on the Captain’s arm. It’s definitely a good tool to have.

I don’t really plan to use either model at Nova, so I really haven’t gotten anything done! I now feel more confident in painting more of the Shadowspear models, though. Up next in the queue are a combat squad of Infiltrators and the Phobos Lieutenant, my favorite model from the box set. 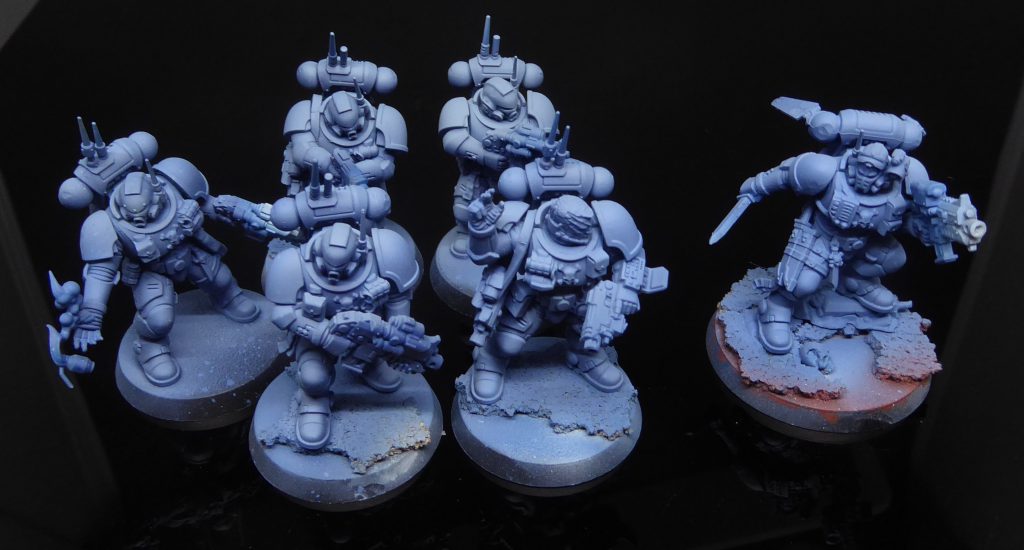 I know that the internet isn’t so hot on Infiltrators, but I think one squad will be very useful to help screen my firebase just a little longer. My opponents always seem to roll 9+ inches on their charges, so Infiltrators making it literally impossible (outside of a 3d6 charge or whatever) sounds valuable. I also need some heavier firepower. I’ve got a Repulsor Executioner on the way, and I’ve finally been convinced to get myself a Mortis Contemptor. 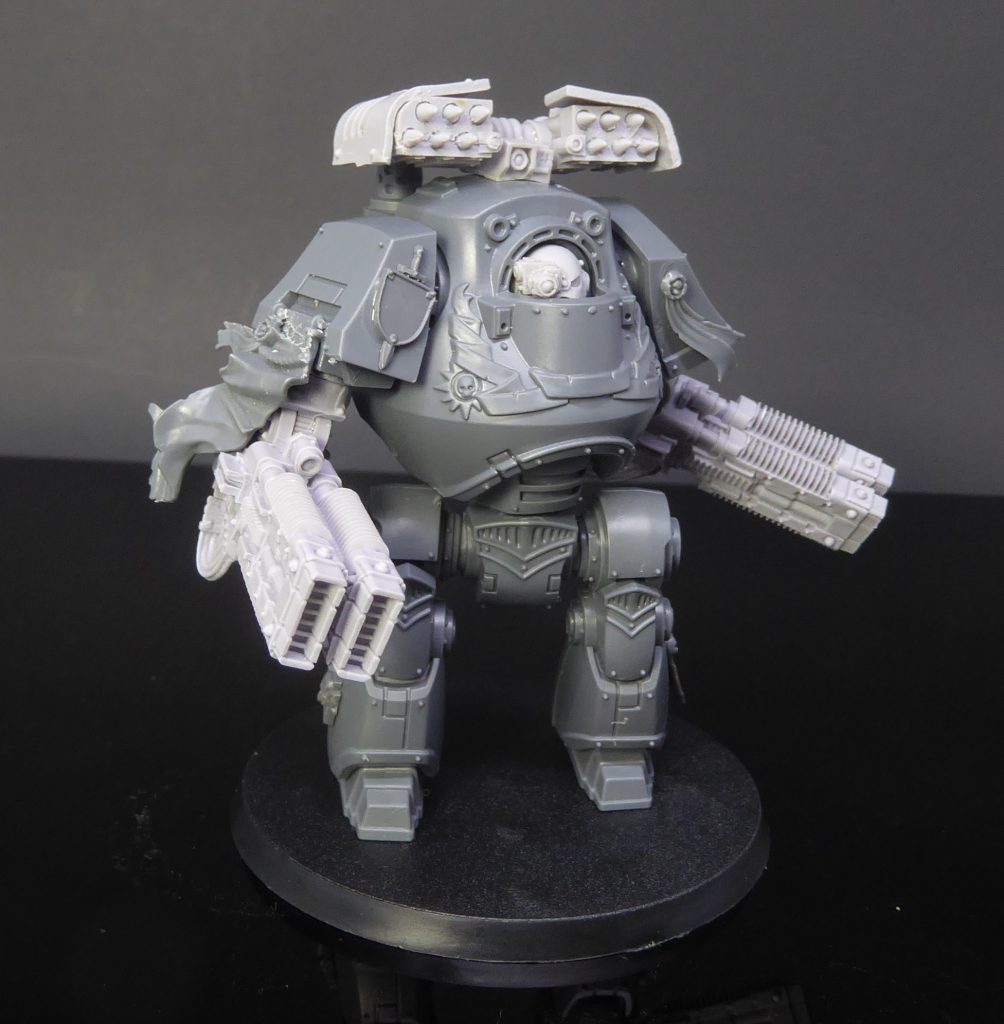 I probably could have done more to modify the pose of the plastic one, but I figured with that many guns he’d be pretty awkward anyway. They were out of Twin Lascannons when I ordered them, so I got the Volkite Cavaliers to counts as for them. They don’t have rules in 40k so I’m not expecting any problems, and the coils look like they’ll take rainbows easily, I need to come up with a good basing idea for him too.

Seven models isn’t a whole lot for a single week, so hopefully I’m successful before my Executioner arrives!