Howdy scummers! It’s Monday, and that means another edition of Necromunday. This week we are putting the spotlight on some gorgeous models from a community member! I’m an active member of the Necromunda Underhive discord server (Hi James!), where Darren’s amazing Escher Death Maidens caught my eye. You can find him posting models on that Discord, Twitter, and Instagram as Highly_Entropic.

How did you get into the hobby?

I’ve been into 40k since 1996, but Necromunda is a relatively new hobby for me. I got into the hobby late 2019, as 40k was proving too time consuming with my work schedule and I wanted something a bit closer to the pen and paper roleplaying games I used to play. I haven’t been disappointed, Necromunda has quickly become my favourite tabletop wargame! 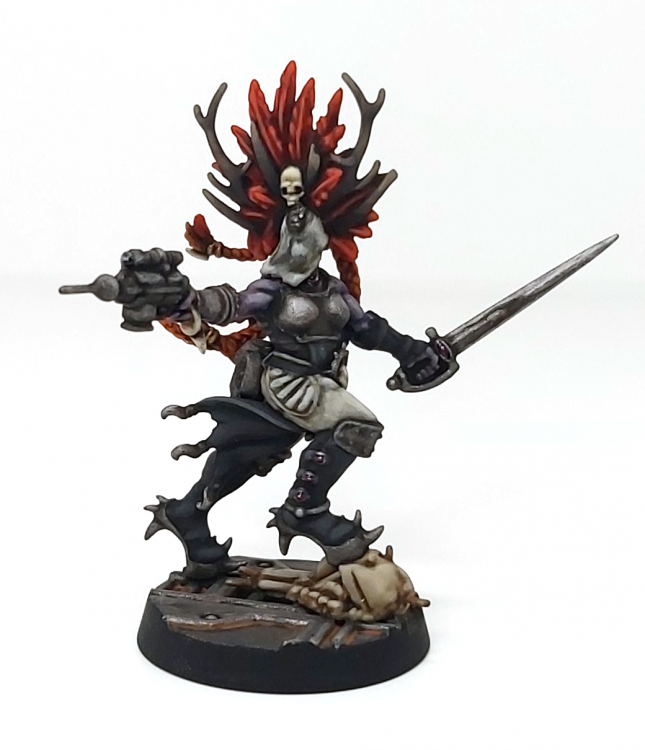 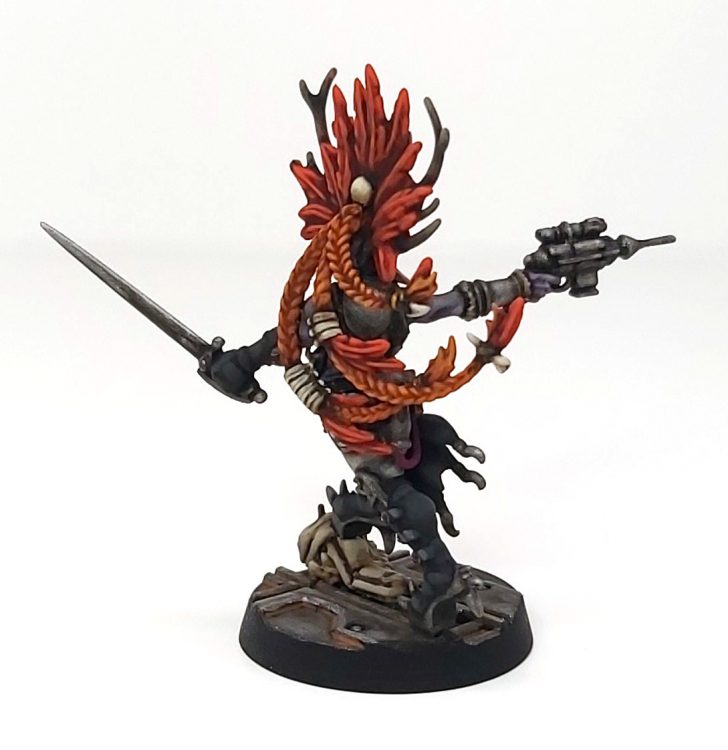 What’s your story with Necromunda? 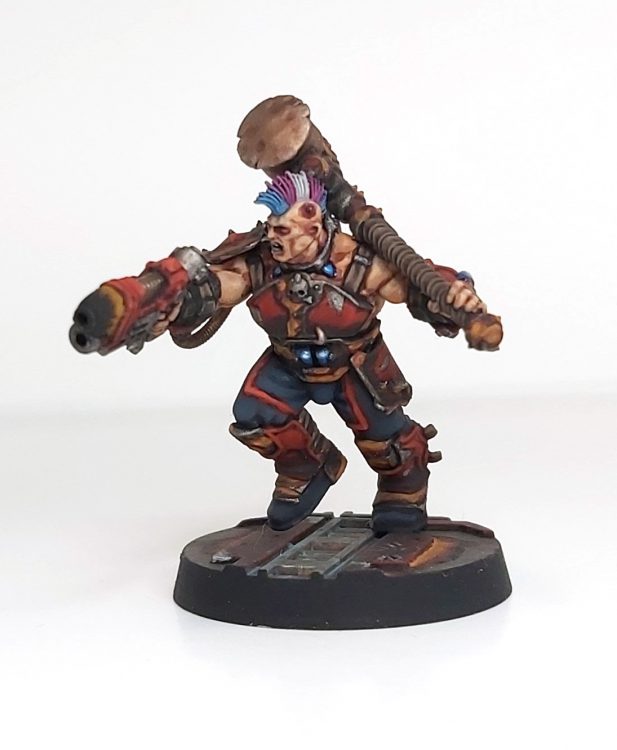 I consider myself a lore vet, but relatively new player. I’ve always loved everything about the setting, especially with the most recent updates in the “House of” books, so when I was looking for something a little more narrative it made sense to give Necromunda a go. I’ve also always been a bit of a slow and fussy painter which means that I have a large stack of unpainted Primaris Marines from my last attempt at a 40k army! The smaller scale of Necromunda has allowed me to go nuts on painting and (in some small way) conversion work. It is technically the first wargame I have every finished an ‘army’ for!

It’s also been my gateway into terrain making and painting: I used to consider this a chore for other wargames but the dark industrial themes of Necromunda really brought my imagination to life and I’m looking forward to building a Zone Mortalis terrain set over the summer.

As I started getting into Necromunda just as COVID-19 lockdowns were starting to happen, I haven’t had much chance to play beyond a few skirmishes, but my first Dominion campaign with some fellow newbies will kick off in July!

Do you have a backstory for your gangs?

I’m working on backstories for each of my House gangs, but my house of choice is Goliath: these short-lived brutes have always been of interest with their high-tech origin story and low-tech day-to-day existence. As a result, they have the most developed backstory out of my attempts so far.

The Hellpit Overlords are an outlaw Goliath gang clinging on to a small settlement near Fallspire, a collapsed dome in the underhive of Hive Primus. Their Tyrant, Sakran, has been disowned by his House for his open and violent dealings with the Narco Lords. With his characteristic pig-headed swagger, and (more often than is needed) swing of a power hammer, he’s built a fearsome but tenuous reputation as an enforcer in the local chem dealing business. This brutal and simplistic attitude is shared by his gang in all regards but one: living on the edge, without access to their clan’s resources, has led to an unusual number of unborn claiming high rank in the gang. The Overlords demand gruelling proofs of loyalty, strength and endurance, but if prospects can survive this and the subsequent ministrations of a rogue doc with too much time and too few ethics, they’re treated like any other full member of the gang. Now he’s got a crew and the beginnings of a reputation, Sakran’s starting to ask himself why his crew act as muscle for a cut of the profit, when they could run the show themselves. Encouraged by his few remaining advocates in House Goliath, he’s ready to make his mark: be it as the next drug lord of Fallspire, or blood stain against the rivets and steel of the underhive. 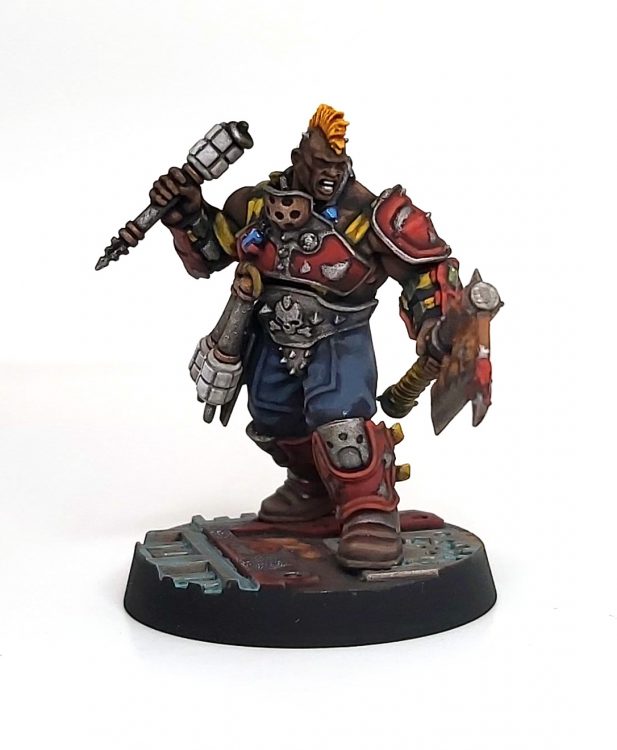 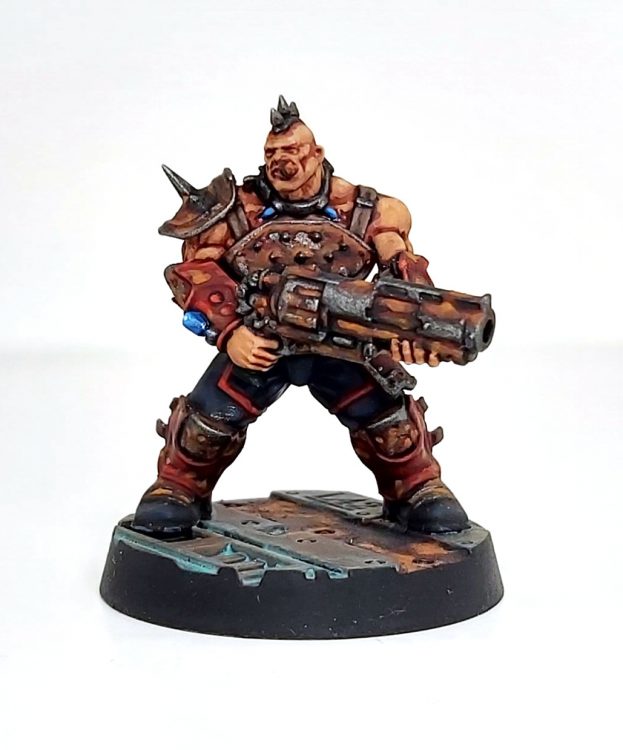 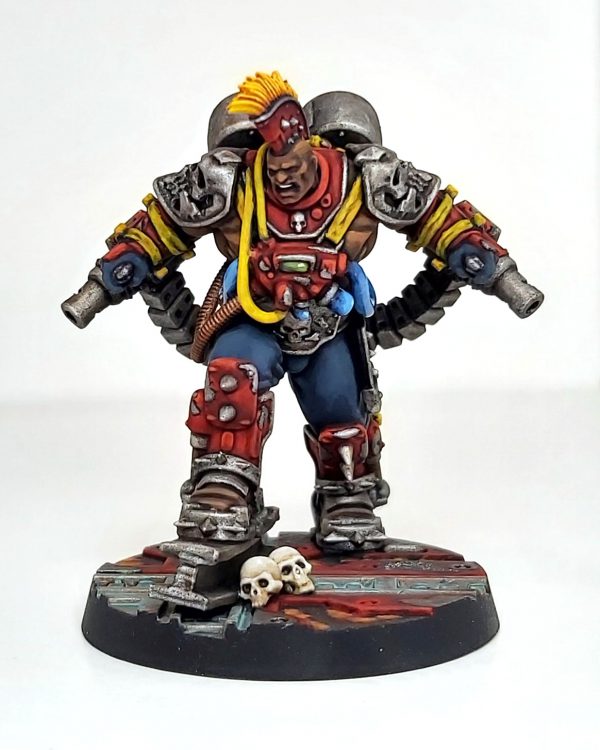 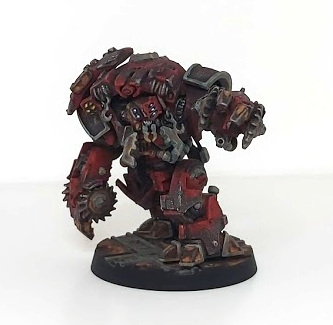 I’m currently working on Escher and Van Saar gangs, as part of my House Gang project.

Can you tell us about your painting process?

For my Goliath I have tried to go with an approximation of box art colours, with some over-emphasised corrosion. There are countless brilliant resources on how to use Typhus corrosion and inks to get a textured, worm look on metals. But the thing I struggled with the most was the skin. 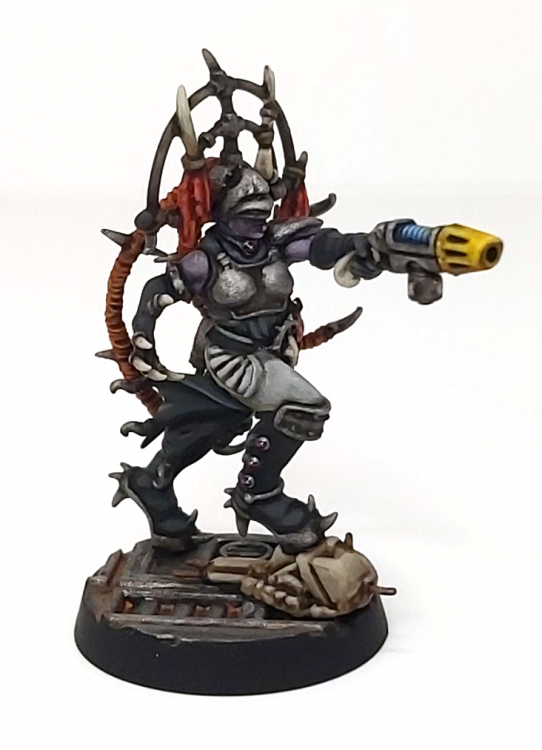 My first attempts at light skin tones were a little ‘cell-shaded’ which was completely unintentional: I used a Bugmans Glow base with thinned Kislev Flesh added in progressively more focused layers until I built up the gradient I wanted from a raw-looking soft-flesh between muscles and in joints and a Caucasian skin tone on the topmost surfaces, finally washed with Reikland Fleshshade. I liked the result, but have been improving by using black-and-white reference photos so I can figure out the smooth gradients between shadow and light. After all, who doesn’t want to curate greyscale pictures of bodybuilders as a part of this great hobby!

I have recently started adding a bit of matte medium to any light or white layers (Kislev/pale flesh tones, whites and greys) so they don’t pool or get too chalky: this technique has saved me a lot of time and led to much smoother transitions.

My dirty metals are a recipe that most readers will be very familiar with: a dark iron base (Leadbelcher) layered with a mid-steel of some kind (or Iron Breaker), followed by an initial wash of Nuln Oil, then Agrax Earthshade (I tend to leave a couple of hours between each to ensure they’re dry). Then pick out edges with Runefang steel and finally dab on a bit of typhus corrosion in the areas that wouldn’t see a lot of movement or abrasion. Add layered Sepia and Fleshshade (big area of the former, with the latter layered close to the joins and recesses) if you want an oiled look for a piston or motorised blade. 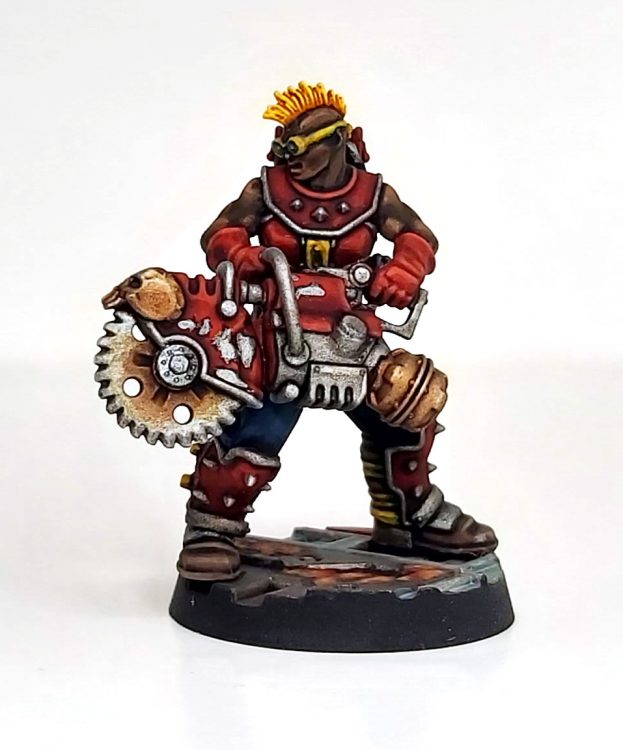 What’s next in your queue?

Goliath and Escher reinforcements are my current focus. Different loadouts and a few more bodies (to bring each gang up to around 26 members + pets) and they’ll b complete. After that I have a brand-new gang to work on: Van Saar. 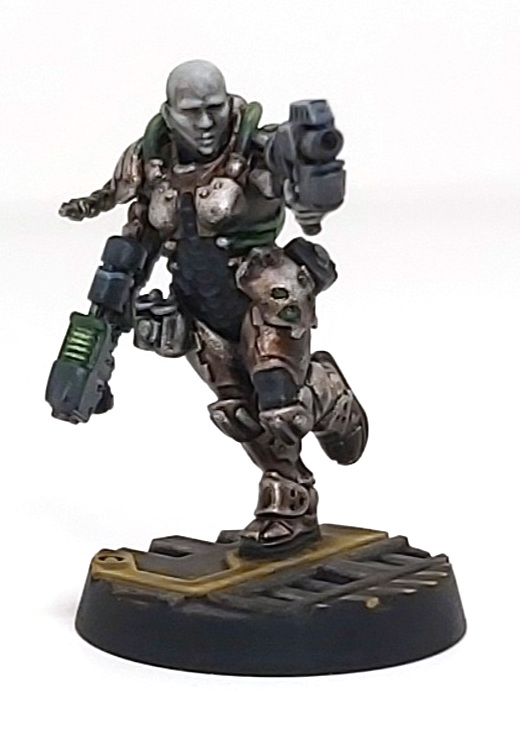 Thanks a million for sharing your work with us, Darren! We’re excited to see some reinforcements in the future.

Thanks for reading, scummers. We love playing, reading, dissecting, and generally sharing all things Necromunda. Got a question for us? An idea for us to cover? Want to show us some kickass pics of your Delaque gang? Drop us a line over at Necromunday@Goonhammer.com. Same time next week!