Welcome to Necromunda, Scummers! This week, we’re getting a little conceptual! This is the first in our series of Lost Zone articles, where we introduce our Goonhammer-made module for Necromunda players to use if they see fit. Let’s see what the gang has come up with!

So a couple of weeks ago, former Necromunda game designer James Hewitt (a wonderful person who we’ve interviewed before) fired off a couple of tweets:

I'm so glad I'm not working on Necromunda any more. The brief was always pulling in a direction that didn't feel like Necromunda to me, and looking at it now, it's clear I would have really struggled as time went on.

In James’ short thread he mentioned four important things that have always attracted him to Necromunda:

He went on to say that he feels that today’s Necromunda is more like “proxy wars between well-supplied paramilitary units fighting at the behest of their Houses”. In our estimation, here at Necromunday where almost everyone has fond memories of the original version of the game, James is right on the money! So, we’ve started putting our heads together to try and manufacture that experience out of the current game, and we came up with this: 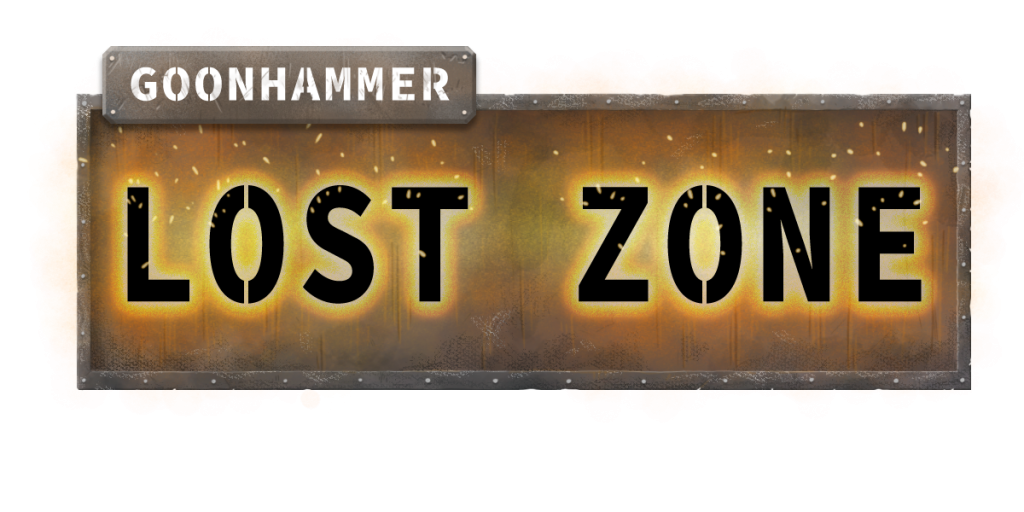 The Lost Zone is a module for Necromunda that should (hopefully!) allow players to experience the day-to-day struggle for survival that we feel is missing from the game’s current iteration. In the coming articles, we’ll be exploring the limitations of recruiting, changes to the Skills and Tactics systems, and broadly expanding the responsibilities of the Arbitrator in a Lost Zone campaign. What we’re hoping to achieve is a system that slows down rampant gang advancement and roster bloat, while fomenting an atmosphere of greater narrative storytelling with more RPG elements.

A Lost Zone campaign is set on the fringes of the Underhive. Where goods and people may flow freely through the levels uphive, in a Lost Zone, isolated settlements struggle for survival and deal with shortages of food, power, weapons, and other goods. At the same time, they’re beset by mutants, outlaws, cults, and the aggregated horrors of the Underhive. In this setting, gangs are only distantly connected to their houses. They may have arrived in the Lost Zone with plenty of supplies, but after arriving, they’re left to rely on the trickle of supplies that flow into the Lost Zones, all while fighting off the worst of what the Underhive has to offer.

In this article, we’re presenting rules to replace the use of the Trading Post (TP) and Black Market (BM) as described in the various Necromunda rulebooks. Instead of using rarity and illegality rolls to determine what players can purchase from the TP and BM, each campaign week (or round or whatever you’re calling it), the Arbitrator can visit the following page and generate the list of available merchandise.

Once you’ve figured out how many items you players can peruse, Gregbot, Goonhammer’s very own machine spirit, will generate that number of items for you. We fed Gregbot a couple of very large spreadsheets that weight each item based on its rarity or illegality level. A common or Rare (7) item is weighted 7 times, a Rare (8) item is weighted 6 times, a Rare (9) 5 times, and so on. We’ve programmed it to have no duplicates, and hopefully each time will grant a completely new and varied selection of items for sale (If you really want to look at the spreadsheets behind this little machine, go right ahead, but don’t expect much).

In an effort to manufacture some scarcity, most items will not be available on an unlimited basis. A player can buy any number of common items for sale at the trading post, but any items with a rarity or illegality are far more limited. Each item with a rarity or illegality can only be purchased d3 times, determined when the items are generated. The Arbitrator can decide if this limit applies to every gang (i.e., each gang can purchase a maximum of 2 servo claws), or they can implement an Auction System (which we’re huge fans of, as it gives the Arbitrator yet another balancing tool).

In an Auction System, there are d3 incidences of each rare or illegal item for all of the gangs (i.e., there are 2 servo claws available this week for the whole campaign). The Arbitrator can decide how to mete out access to the trading post, but we suggest the following method:

Naturally, there are many ways to fudge this, and the Arbitrator is welcome to create narrative reasons as to why a gang might get access first, such as the gang just successfully defended against a Caravan Heist, and are getting their just reward.

We’re also introducing the concept of Special Reserves. These are items that the TP and BM vendors are holding away from the general public, as they’re usually more rare. As seen in the above link, the special reserve rarity parameters can be shifted as the arbitrator sees fit. These items should only be available to gangs who have done something to deserve them. Defending caravans, getting rid of rival merchants, opening up trade routes, those sorts of things.

At this point, the Arbitrator has generated the goods for sale for the current campaign week, and determined the order in which gangs can access the vendors, if applicable. There are a couple of loose ends to tie up, though.

A very important thing to note is that once a gang is created using their house equipment list, they will no longer have unfettered access to said list. The Lost Zones are isolated from the rest of the Underhive, and gangs do not have a permanent pipeline for weapons and items like they do in standard Necromunda campaigns. So, after gang creation, house equipment lists are LOCKED. Gangs rely completely on guilder caravans, black marketeers, and whatever they can scrounge for themselves in the Lost Zones.

Eagle-eyed users of our little program will notice that Mauls never make it to the Trading Post. Why? Because anything can be a Maul if you’re brave enough! In a Lost Zone campaign, any fighter from any gang can purchase a Maul for 10 credits. This represents the time and energy it takes to duct tape some scissors to a baseball bat and carry it into battle.

Some Arbitrators may want to have weapons like Stub Guns, Autopistols, Autoguns, Laspistols, and Lasguns also be available to purchase at all times, since they’re so cheap and ubiquitous. Keep an eye out for future editions of Necromunday, because we do plan on creating a system for buying low-cost weaponry outside of the Trading Post.

Some skills adjust how a fighter might interact with the Trading Post or Black Market. Because we’re changing how those work, we’ve got to adjust these skills a little bit, too.

Some pieces of equipment either adjust how the TP and BM are used, or are broken by this new system. Also, we’re changing Ablative Overlay because it sucks ass as it is.

In a Lost Zone campaign, all grenades and special ammo gain the Limited trait (if the grenade or ammo already has the limited trait, then no changes are made). There are just not enough munitions to go around sometimes.

We’ve removed House Exotic Beasts from the Trading Post. The trend seems to be that these companions can be bought at gang creation, so having them at the Trading Post seemed counterintuitive to what we’re trying to do with Lost Zones.

The “House of ____” books are introducing restrictions to keep Ganger- and Juve-level fighters from using weapons from the Trading Post or Black Market. Clearly, in this system, that doesn’t really work. Interpret the restrictions as follows:

That’s it for this week, Scummers! We hope you like our novel take on Necromunda’s economy. If you want to comment on what we’ve done here, feel free to drop us a line over at necromunday@goonhammer.com. This project is definitely a work in progress, and if you’ve caught any mistakes we’ve made, feel free to let us know!

Next week we’ll be back with how gangs recruit fighters in the Lost Zones, so make sure to keep watching this space! Till next time, Scummers!