How to Paint Everything: Steel Legion Skull Masks

This is a step by step run through of how I am painting skull masks on my steel legion models. These are representing guardsmen from the Ministorum cemetery world of Certus Minor. Skull masks would also be a good way to distinguish steel legion vets from normal infantry. Part of the inspiration for the design came from an old Codex Armageddon. It featured alternate paint schemes for steel legion models, one of which was the first mention of Death Korp of Krieg. The model was painted with dark brown fatigues and a skull on the mask.A google image search for ‘skull anatomy’ provides  very helpful visual references for this process. 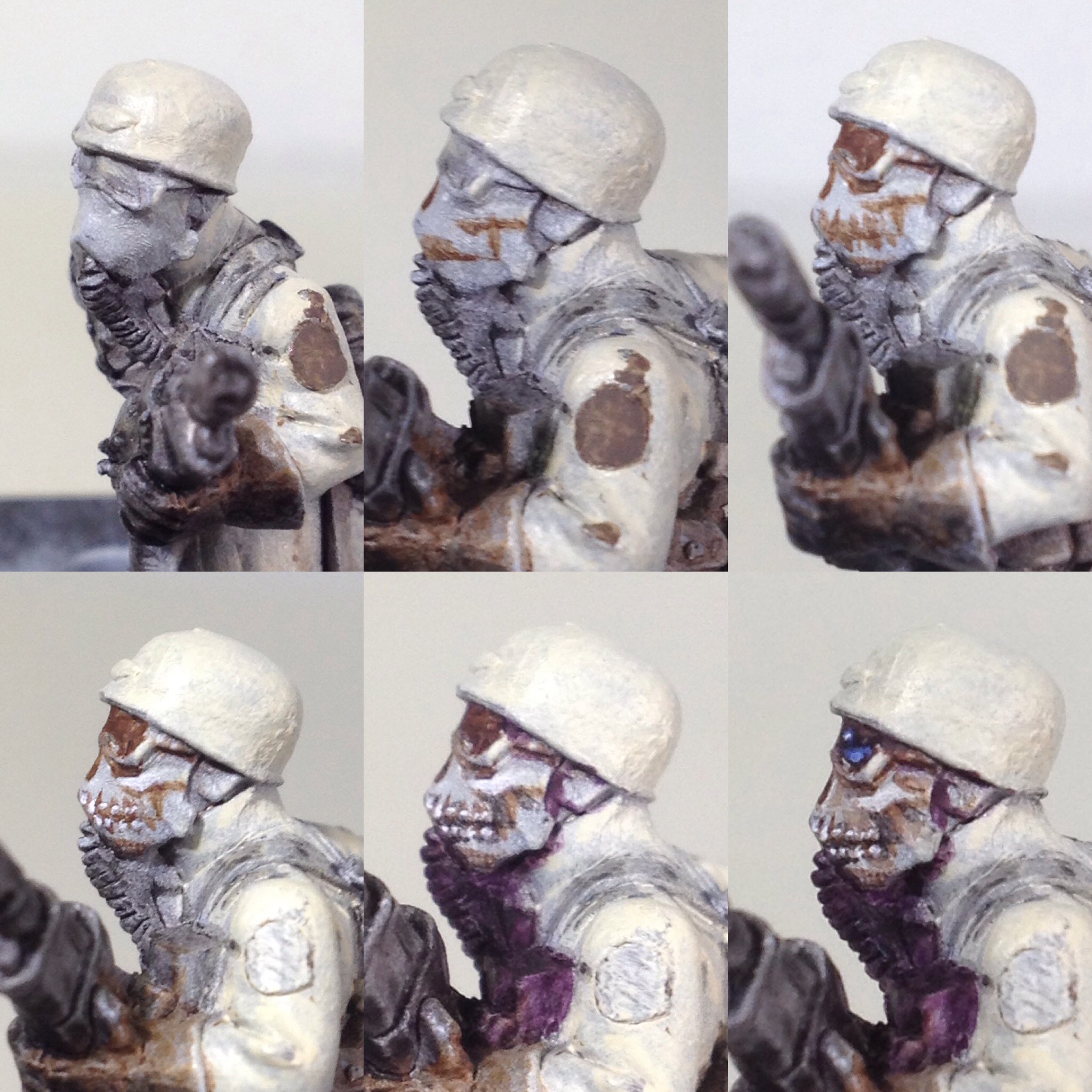 The paints I am using for this are liquitex heavy body acrylic black, burnt umber, unbleached titanium, and titanium white. Citadel equivalents would probably be abandon black, mourning brown, screaming skull, and corax white. This process is painted using a citadel small layers brush. I am starting with a base coat of unbleached titanium already down. 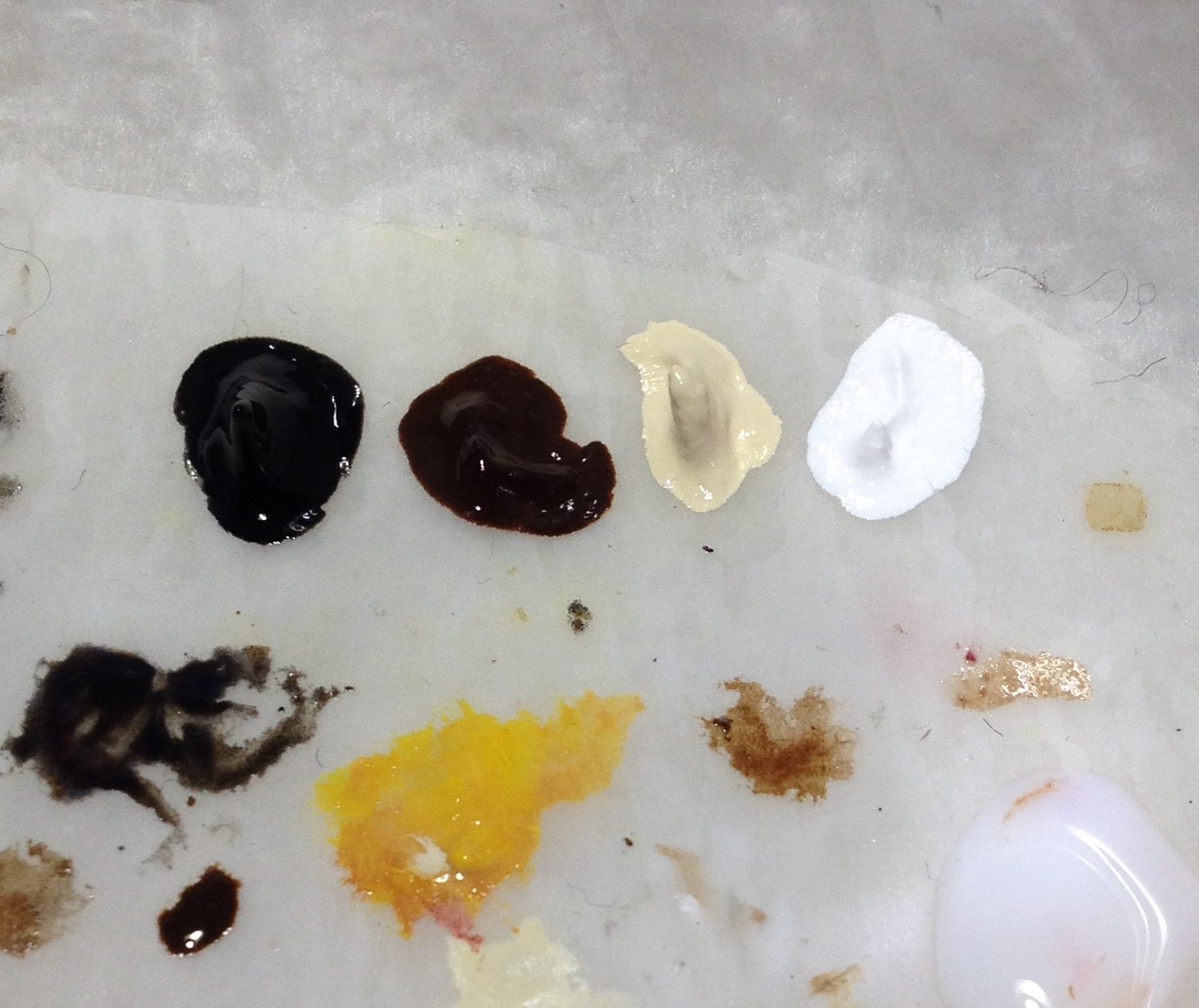 For the first step I lay out the basic skull shape in brown, starting with the nose. The line for cheekbones lines up with the bottom of the nose. This doesn’t have to be too neat at this point- most of this brown will be covered up. I added a bit of initial shading where the jaw meets cheekbone (bottom right). 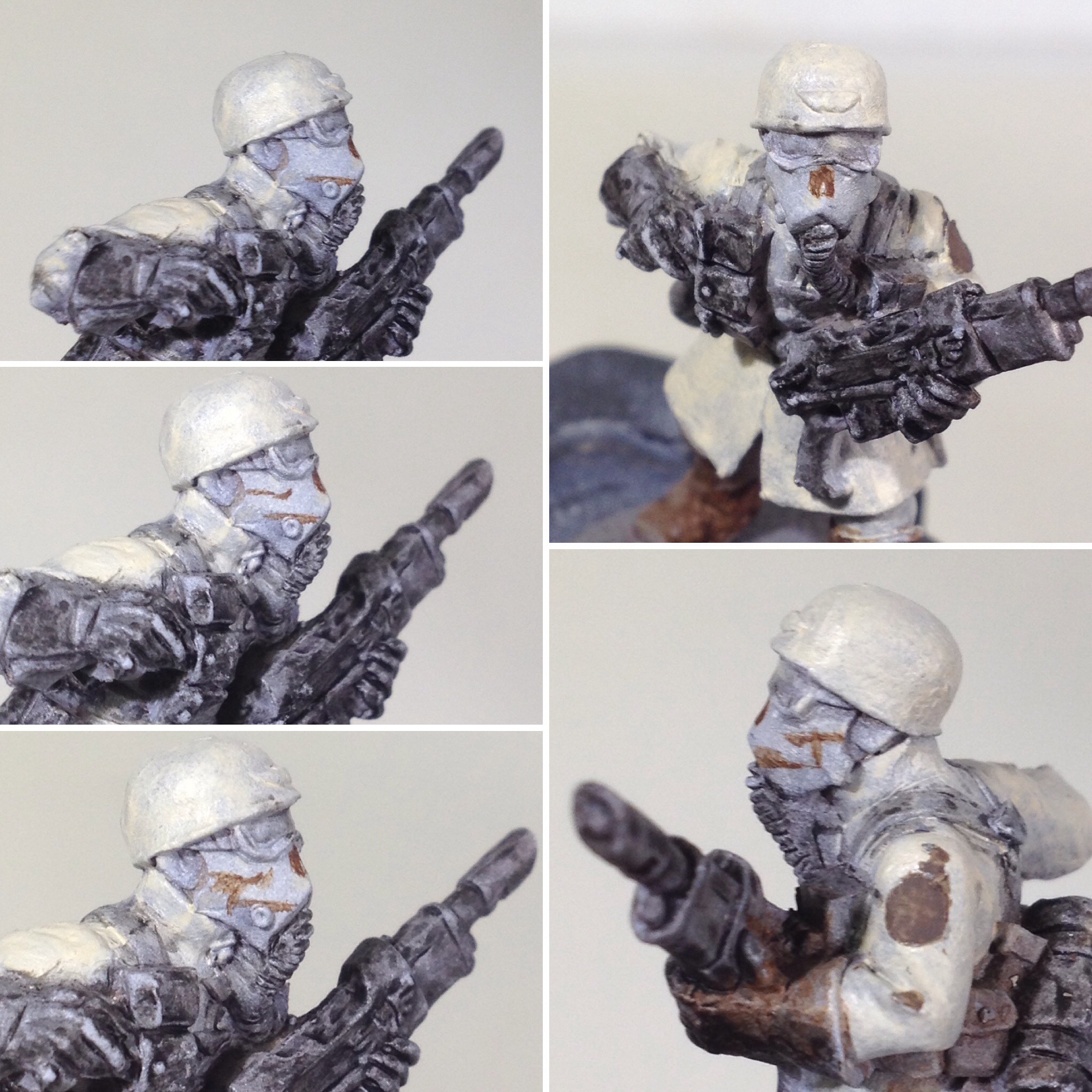 The next step is roughly laying out where the teeth will go. I start with one line centered under the nose and try to get the lines on the front evenly spaced. This can still be imprecise, the brown will end up being more of a transition between dark and light as the process goes on. 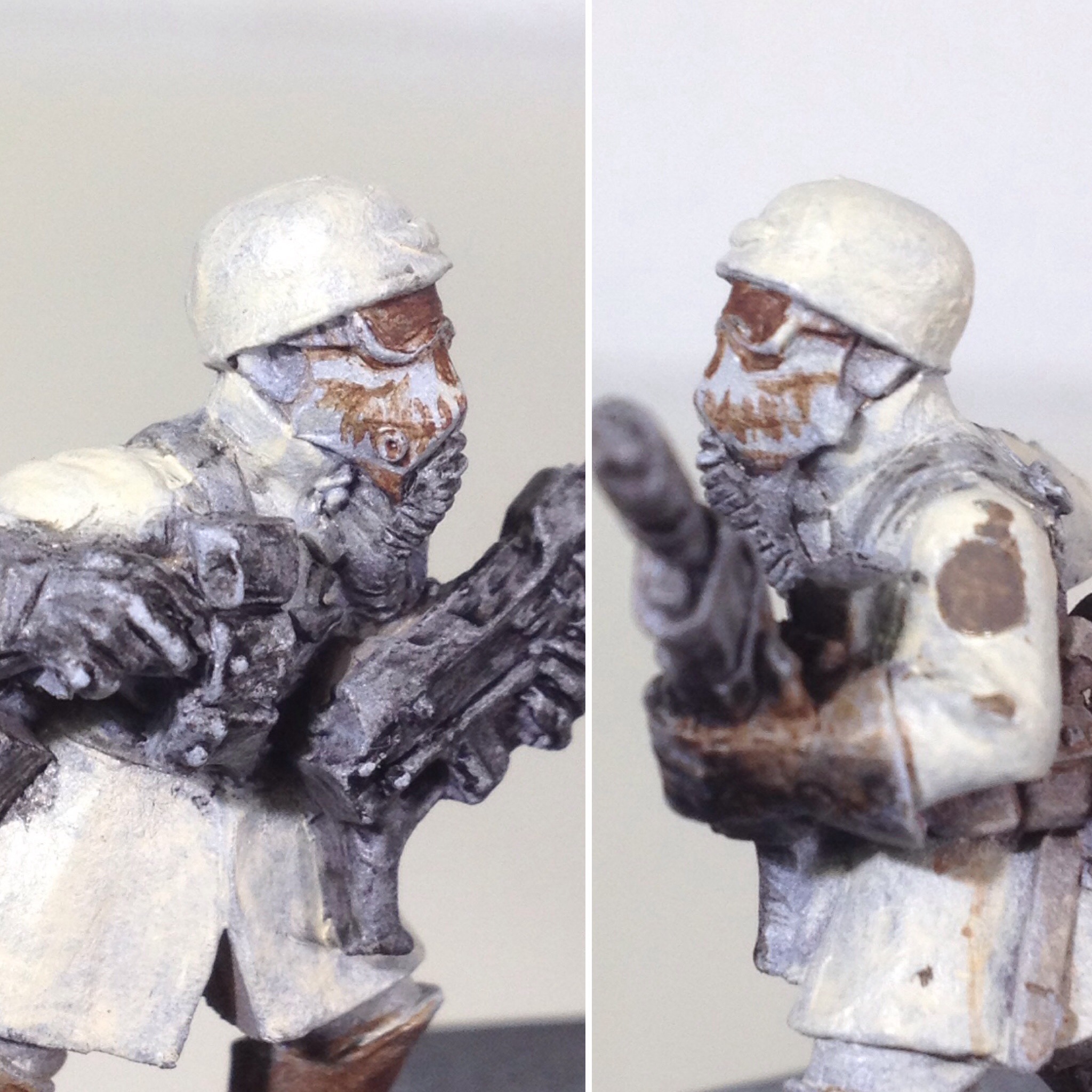 For this step dots of pure white put in for the teeth. It’s important that the paint is wet enough to flow off the brush, but not so wet that it runs when making the dots. The front of the cheekbones also receive a bit of white hi-light. White along the edges of the nasal cavity can be done at this point too, I ended up doing it further along on this one. 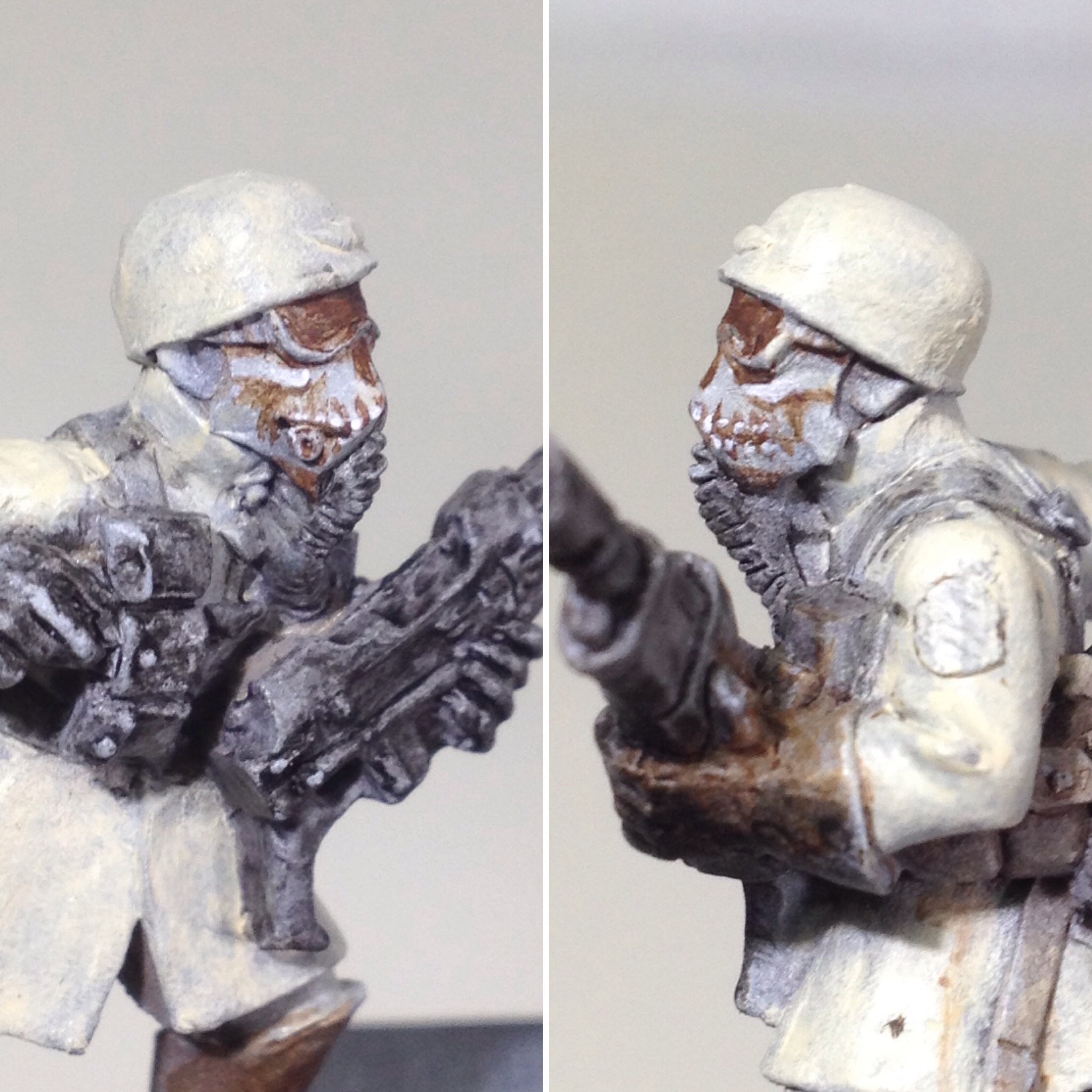 Now black is added in the nose, between the jaws, and under the cheekbones. A little dot of black goes between the tops of each tooth. 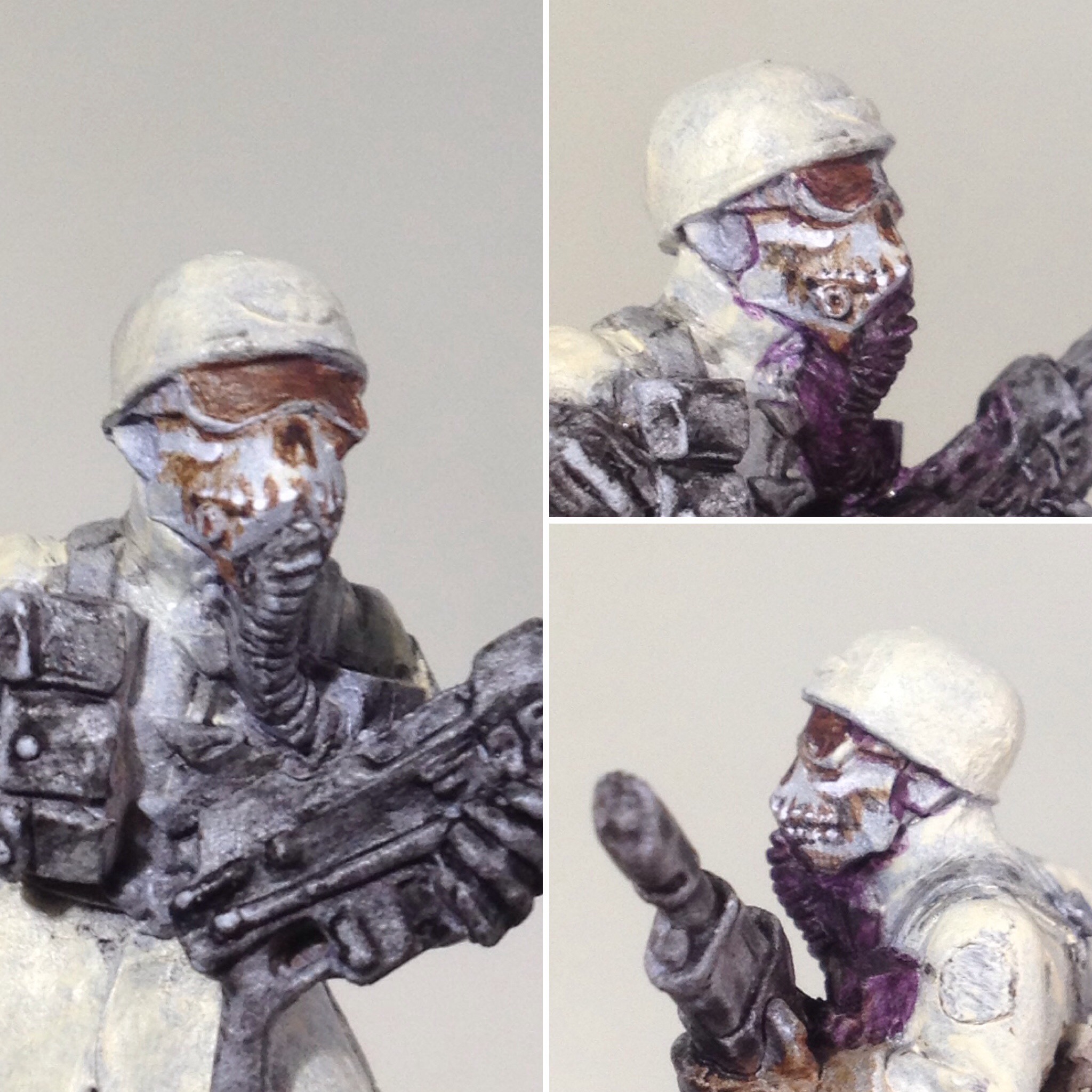 In this step a mix of unbleached titanium and burnt umber were applied to the areas that would be slightly shadowed- across most of the front of the face, above the cheekbones and on the jaw under them. The ratio of the mix isn’t strictly important, but this was close to 1:1. It just need enough brown to make it darker than the base layer. 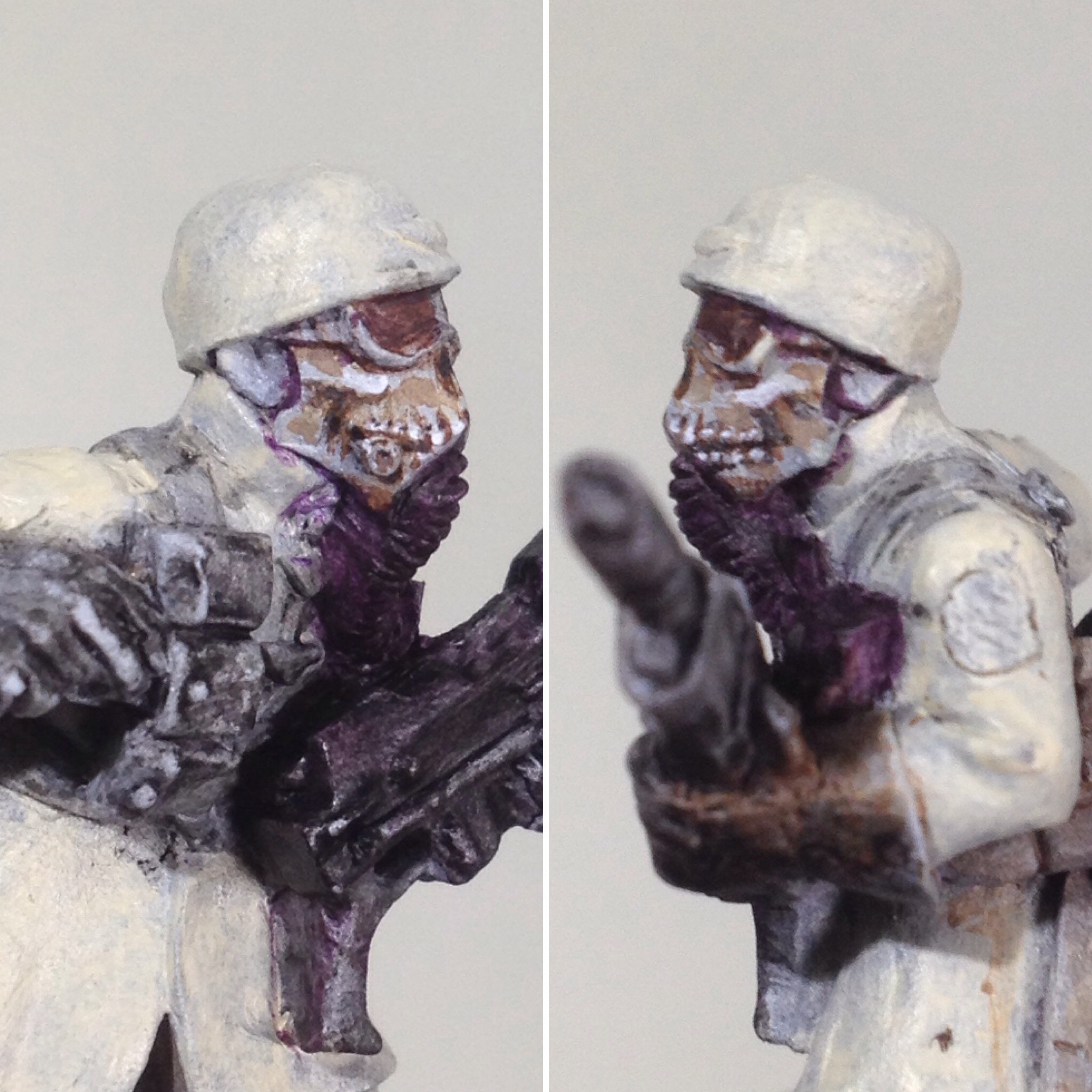 This is the final shot of the series. Here I added the white hi-light along the edge of nose, and defined the top of the cheekbones above the jaw with some darker shadow. At this point I could continue to cleanup and smooth transitions, but this is good enough for a guardsman! 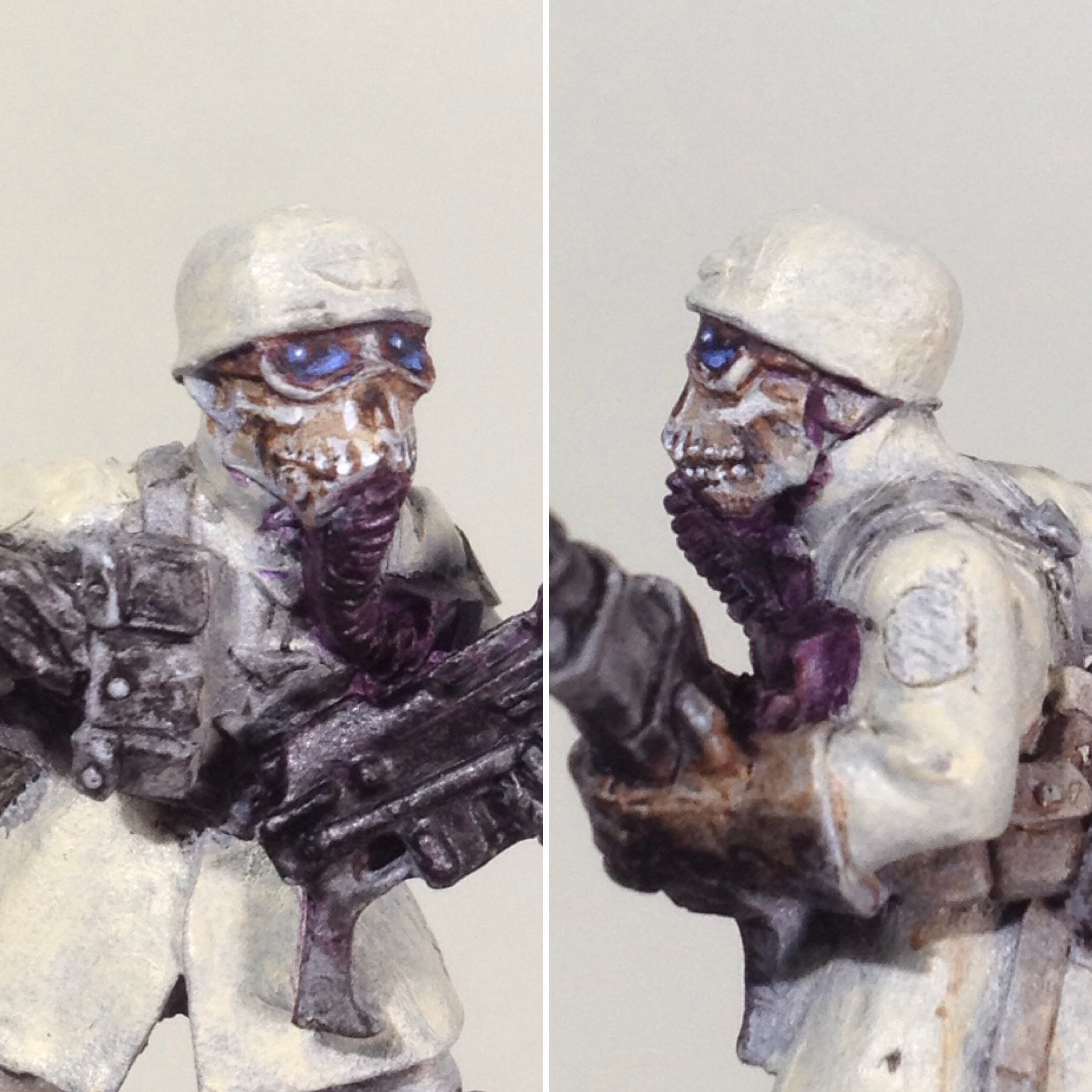 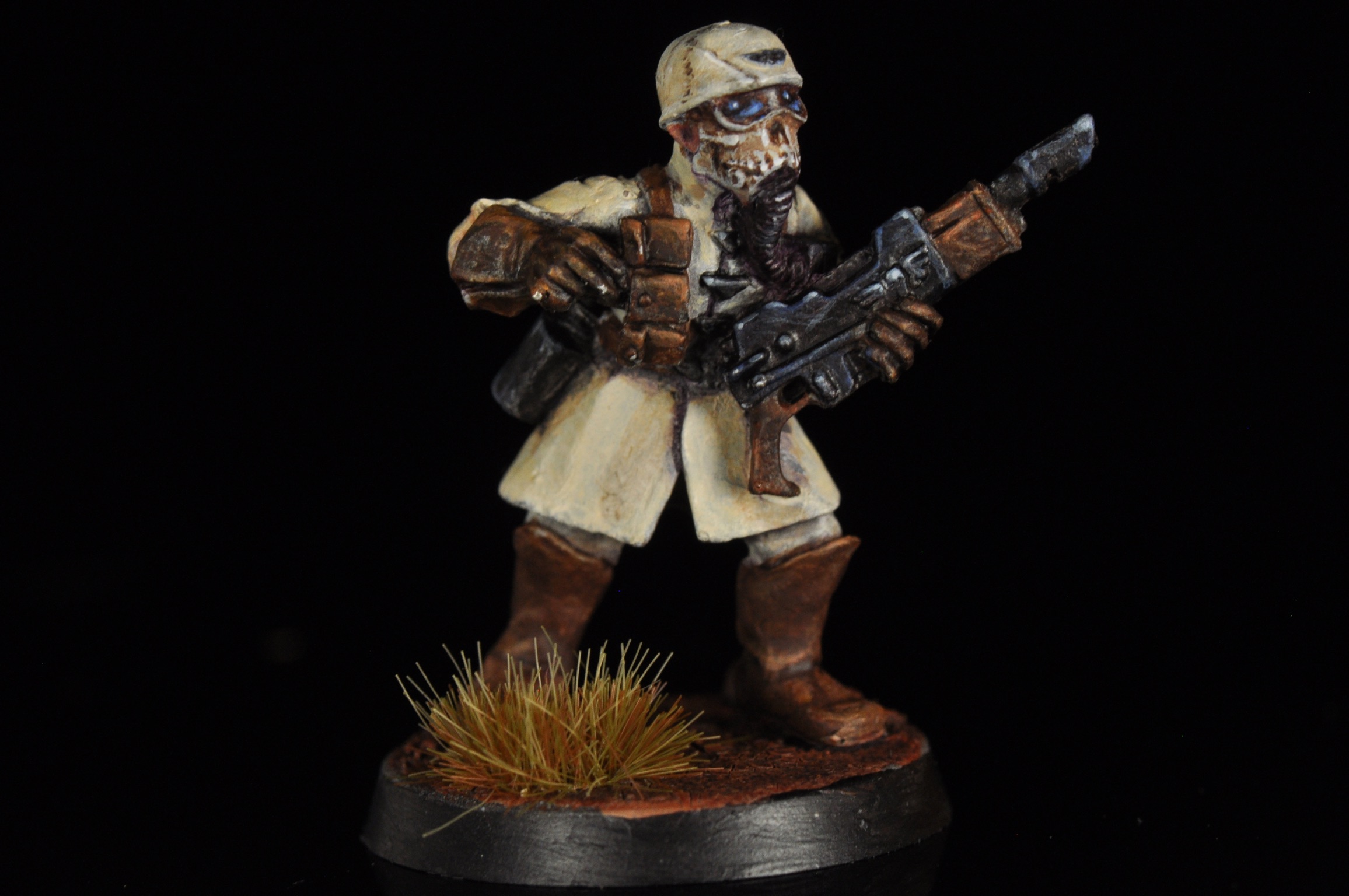 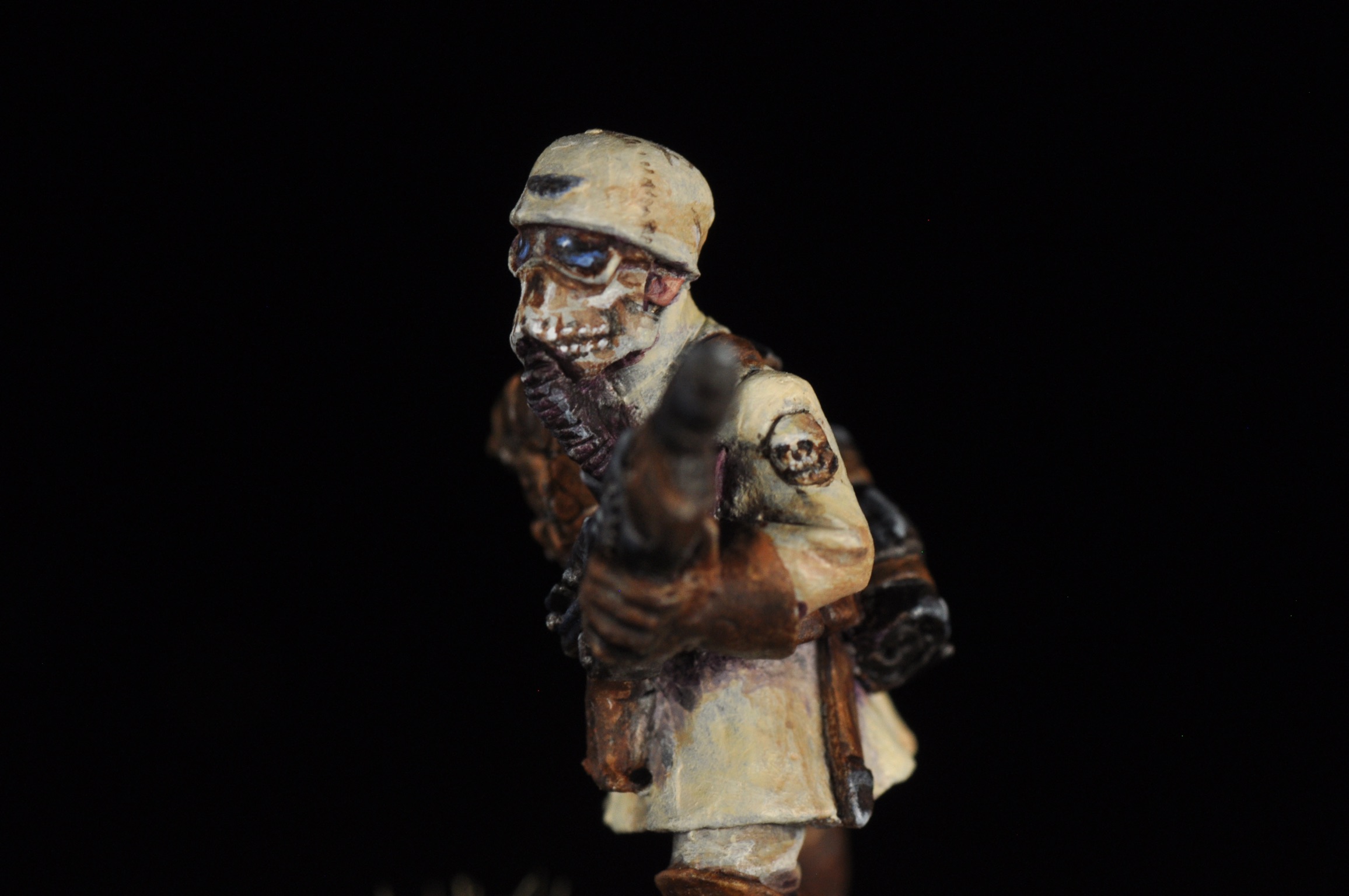