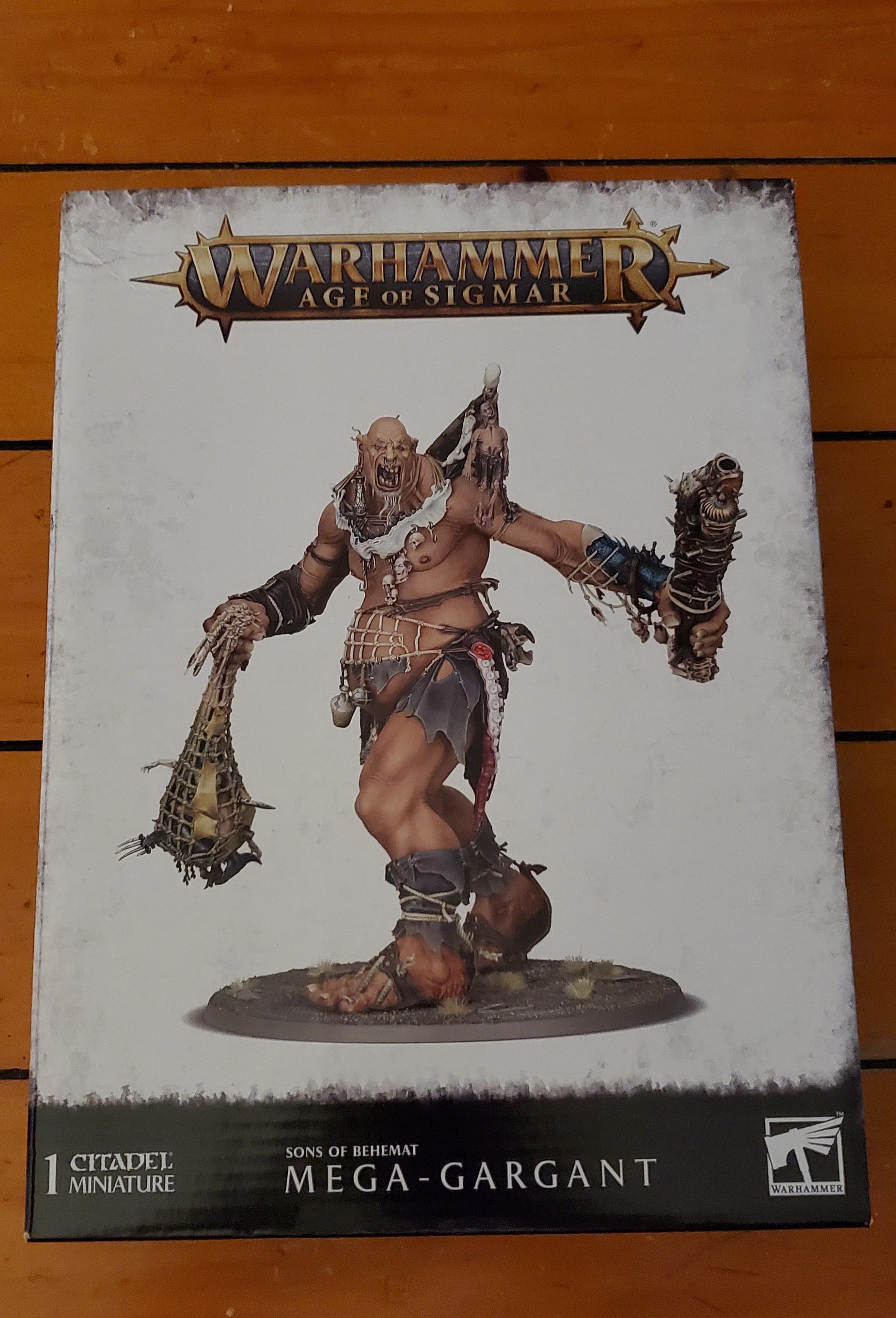 I had the pleasure to receive one of the new Mega-gargants from Games Workshop for review and I felt it best to unbox it with you folks. So let’s take a look. 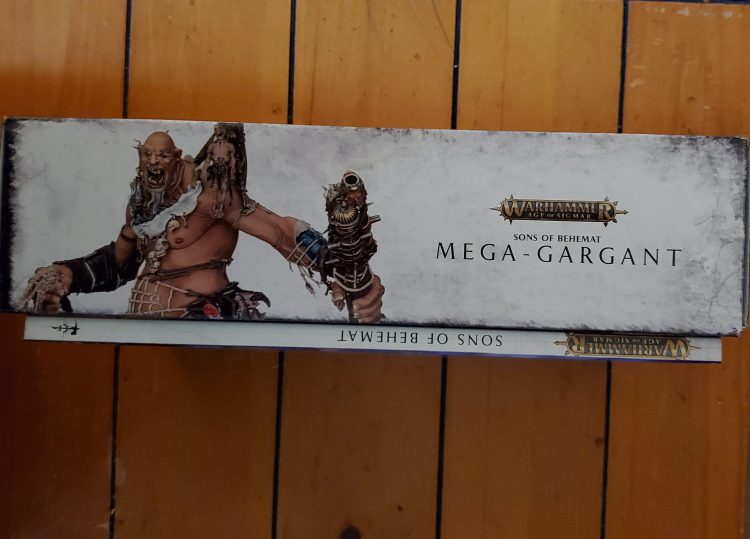 First thing I note that this box is big. Very big. Which one would expect of a model of such dizzying size. 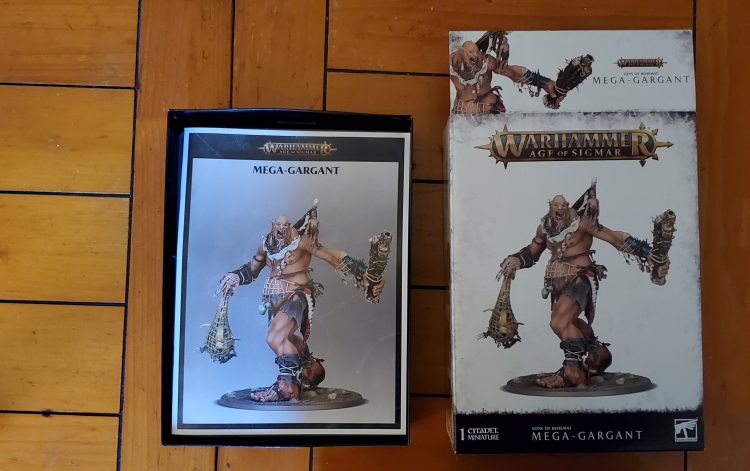 No surprises here, the manual and the sprues contained within. Let’s take a look at the sprues themselves (Click for big). 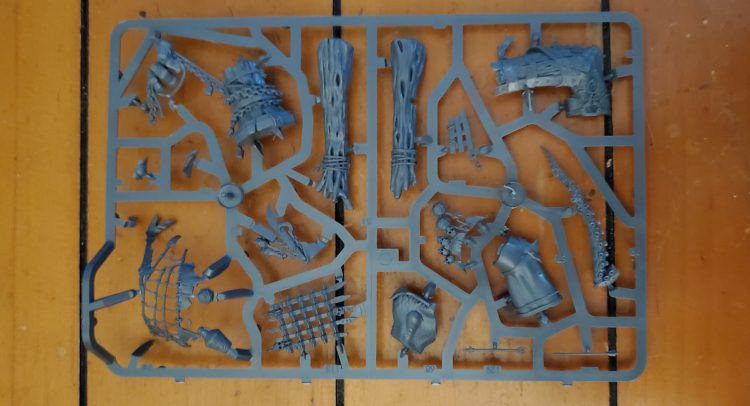 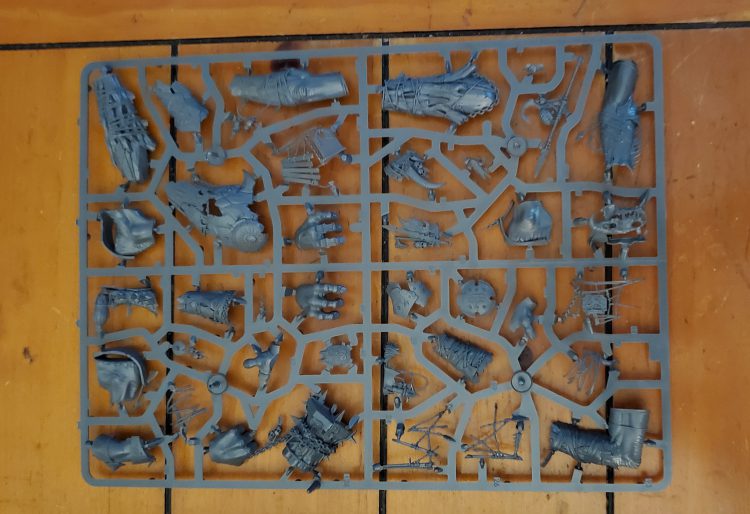 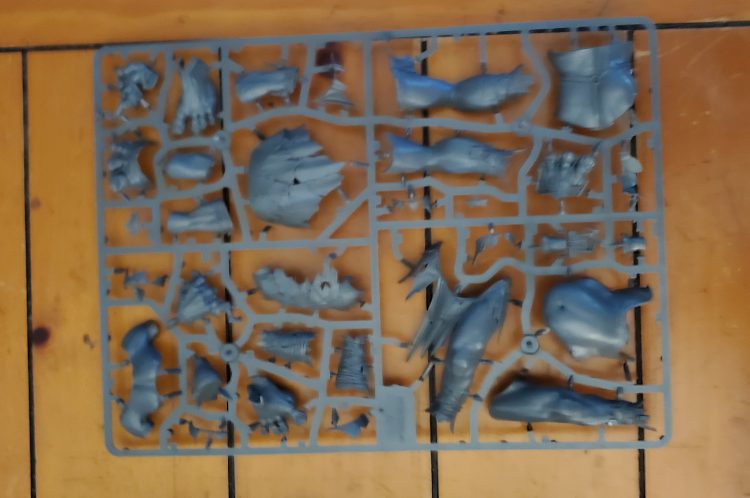 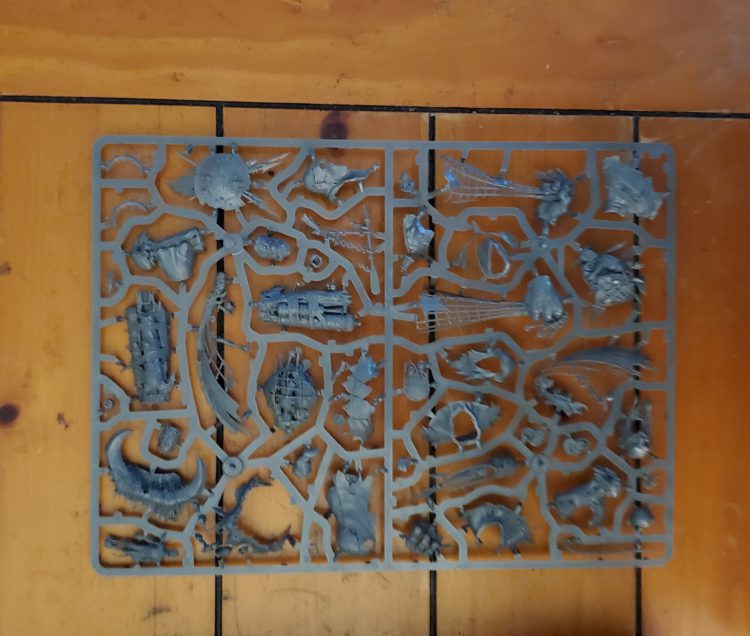 This thing is packed with lots of little bits and bobs that add flavor to the gargant. Even the stock options each gargant is just oozing with flavor that tells a story. The sprues are also extremely efficient. In four sprues they pack in the ability to make 3 different models that look very different from each other. It’s a true testament to space efficiency. Looking over the book it was a tough call to decide which one I wanted to build. I finally decided on the Gatebreaker, I love Death armies most and so it made sense to build my new executioner-hooded son.

Building the model has got to be one of the most impressive experiences for me and a real feat of engineering on the part of Games Workshop. Easily one of the most delightful models to build despite the perceived complexity. I wish I took a shot of it but I had so much fun building it I forgot to, only the legs and torso are actually universal. and even those parts gets covered up by little bits and bobs on the waistband that its hard to tell. There’s one set of arms and a head for each of the 3 gargants. Due to some very clever design they each have very different poses that seriously make them look like different kits entirely.

The individual parts also slot together like a dream. When I first saw all the ropes and chains, my heart sank. Frequently those are the most frustrating parts of any model, they’re finnicky and don’t always stay where they belong despite your best efforts. Not so here, everything just slips onto the body of the gargant like a glove and at no point in the process did I struggle to figure out exactly how things would fit or have to do some finger contortions to holds things in place in such a way that the glue sticks. It just fits, and it fits beautifully.

One of the downsides of very engineered models like this is that often, there’s not a lot of room for variation. You can’t put things in places they don’t belong without serious work with a crafting knife and pliers, but this seems to avoid that.The details on the model are such that it would be easy to omit or substitute different pieces to taste.  I confess I was so excited to build this model that I just blasted through the vanilla directions and it didn’t take more than 45 minutes to build. Due to much of the body being a lot of empty space, and there being tons of detail under the top layer of clothing and trinkets, I am really excited to see what more enterprising kitbashers can put together. This model is absolutely begging for creative people to take a crack at it to make something unique and all their own and I hope to see those soon.

Grabbing your own gargant? Which variant are you most interested in building? Let us know at contact@goonhammer.com or on social media.

Also, stick around! We also have the new Sons of Behemat Battletome review coming up and you won’t want to miss it!