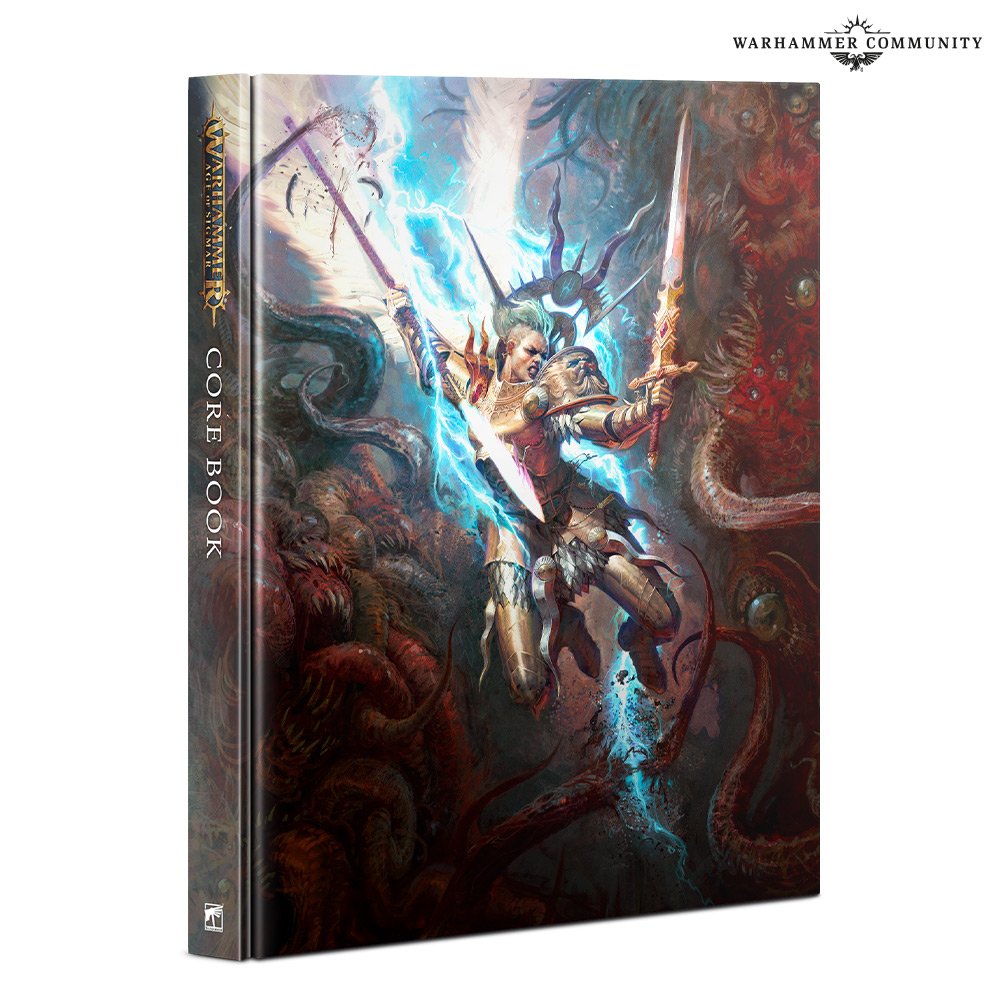 It’s been three years since the release of Age of SIgmar’s 2nd edition and we’re now just two short weeks away from the launch of the third. The second edition of Age of Sigmar was a major turning point for the game; one where AoS went from being a somewhat maligned younger sibling to 40k struggling with the legacy of the Old World to a true flagship game for Games Workshop, with vastly improved rules, wonderful models, and a solid release strategy. With this new edition GW is poised to take the next step, continuing the game’s evolution and adding elements for competitive and narrative players alike.

As with any new edition of Warhammer there’s been a lot of excitement, speculation, and concern thrown around with impending release of Warhammer: Age of Sigmar 3.0. Fragments of the rules come from Warhammer Community or leaks and depending on an individual’s disposition these tidbits can either fill people with enthusiasm or cause them to rush to their keyboards to decry the game’s impending ruin, and in either case this is done before they get the whole picture. So any time we review a new edition for a game we’re faced with one burning question: Do the new rules come together into something that works and creates a superior experience to the edition prior?

The Short Version: Yes, these rules are good.

I’m happy to report that yes, Age of Sigmar 3.0 absolutely delivers. While the review here is from own experience and impressions of the Core Rules, here at the Goonhammer offices our Mortal Realms correspondents have been abuzz with what we’ve seen. While these rules aren’t perfect, what Games Workshop has produced here is easily the simplest and best version of Age of Sigmar we’ve seen to date.

To get serious for a minute, it’s been a tough year for everyone. Even outside the personal cost it’s left our hobby in a sort of stasis. Book releases slowed and we didn’t get much of a Mega-FAQ for Christmas like we have in years past which means point values have remained at a standstill. I think this has contributed to people being very anxious for a new edition – for good or for ill – and it’s nice to report that it’s all seemed to work out for the most part.

Per our content plan published earlier today, this review won’t be a comprehensive breakdown of everything that is in the book – there’s simply too much to cover. We’ll be going into exhaustive detail on the changes to the rules in 3.0 and what they mean for your faction over the course of this week and the weeks beyond. This also won’t be the final word on the new rules, as we’ll discover more nuances to the ruleset as we play more games and the book reaches the hands of the gaming public. What we will be doing here is giving you a basic rundown of the rules and our first impressions of them, giving you an idea of what’s in the book and what it means for your games moving forward.

The broad arrangement of the book will be familiar to established Age of Sigmar players. The rules section is broken up like so:

Presentation and Ease of Use

When 3rd edition was announced, Games Workshop called the rules “watertight” which is a promise you really don’t want to make. It’s basically like calling your ship unsinkable – it’s asking for trouble. They did dial it back pretty quick to “The most clear rule set we’ve ever written” and that is definitely true. The overall presentation is a bit daunting at first: The book is on the thicker side, and the most striking bit of the core rules format is that they have been broken up with numbering for each section and subsection with decimal points (i.e. “7.1 Heroes and Heroic Actions“). This was probably a bit of a risky move as upon initial impression it might make the rules look more intimidating than they are – it gives the rules the look of a legal document, with lots of references to subsections and highlighted keywords.

Once you get over the initial intimidating appearance however, it makes the book far easier to reference. When we first got access to the book, the Age of Sigmar crew sat around discussing potential loopholes or lack of clarity within the text but almost immediately one of us was able to point to a specific rule that would answer that question or close a loophole. It was far easier to be able to cite rule 12.1.3 rather than have to say “Page 48, Paragraph 5” or something similar when trying to find the specific rule. This will also likely be a benefit for future FAQs.

There have also been some concerns out in the wild about this edition being bloated and more rules heavy. There are more rules to read, and more command abilities to react with in your opponent’s phase but the layout of these rules makes it fairly easy to follow. New command abilities are listed in the phase in which they are used. A “Master List” or a condensed version would have been useful to someone who has a decent grasp on the rules but needs to get into the routine of remembering things each round but it’s nothing a few index cards can’t solve.

Overall, this is a master class in design. It takes a much more complicated ruleset and makes it simple and easy to understand. New players will be able to read the rules in a linear fashion that explains things as clearly as possible with few ambiguities, while established veterans will be able to get caught up on the new changes quickly. This is still the Age of Sigmar you love, there’s just more of it.

Without getting too much into the minutiae, I want to take some time to discuss the more exciting changes in the 3.0 rules. As mentioned before, we’ll be diving into these more throughout the week, and this isn’t an exhaustive list, but rather the things are most worth looking forward to.  While the core experience for Age of Sigmar remains intact there are some new mechanics that will drastically change the game.

There are also a lot of minor changes that have big repercussions (like Look Out, Sir! now being limited by the Leader’s wounds instead of being a Monster) but these are the big hits that will excite the most people. Thankfully, they all seem implemented reasonably well and I hope they create a stronger play experience.

For the most part the game is pretty recognizable. The phase-to-phase gameplay exists as it was, and while there’s a few reactive abilities the general flow of game to game will be very familiar. For what is particularly  noticeable for not being changed?

Overall, anything that stayed the same is pretty minor and I feel that for the most part it’s just mechanics that are fine to stay as they are lest they risk bogging the game down too much. As it is, the game remains safe and familiar for those who’ve played before and streamlined for newcomers.

It’s not all positive. While I have very few complaints there are a few things here that leave me scratching my head. It’s like building a puzzle and finding out that the last piece isn’t in the box. Here the most obvious missing pieces are the General’s Handbook and Battletome FAQs. But even beyond those, I have a couple of burning questions:

There are also a few nagging things. Like the new cohesion rules requiring you to be within 1″ of 2 models for units over 5 being a real kneecap buster to larger cavalry units and models with 32mm bases and how Battalions seem to, bafflingly, allow players to include more units beyond what is required without any clear bonus for doing so. It also seems a lost opportunity that terrain still doesn’t largely matter – it still only grants +1 to saves. I expect that most of these issues will be addressed in the future and I don’t think any of it is something that ruins the game completely. Players can largely step forward with confidence.

It’s funny that we’ve moved from a game that bragged it was so simple that it only had 4 pages of rules to this absolute behemoth of a book. Ironically, Age of Sigmar was a victim of being too simple from the outset and having to build on it helped them create a much better game. This is a dense game and I think will do a lot to dispel the notion that it is a “simplified” 40k, but its conveyed in such a clear and largely unambiguous way that it’s going to be a joy to learn it. I think this book is going to be a watershed moment for Age of Sigmar, accelerating the game’s growth and bringing in new people while tightening things up for experienced players..

We’ll continue to cover the major changes to the game over the coming days and weeks. If you remember our coverage for the launch of 9th edition 40k, expect something similar. We’re so excited to talk about this game and I hope you join us too.