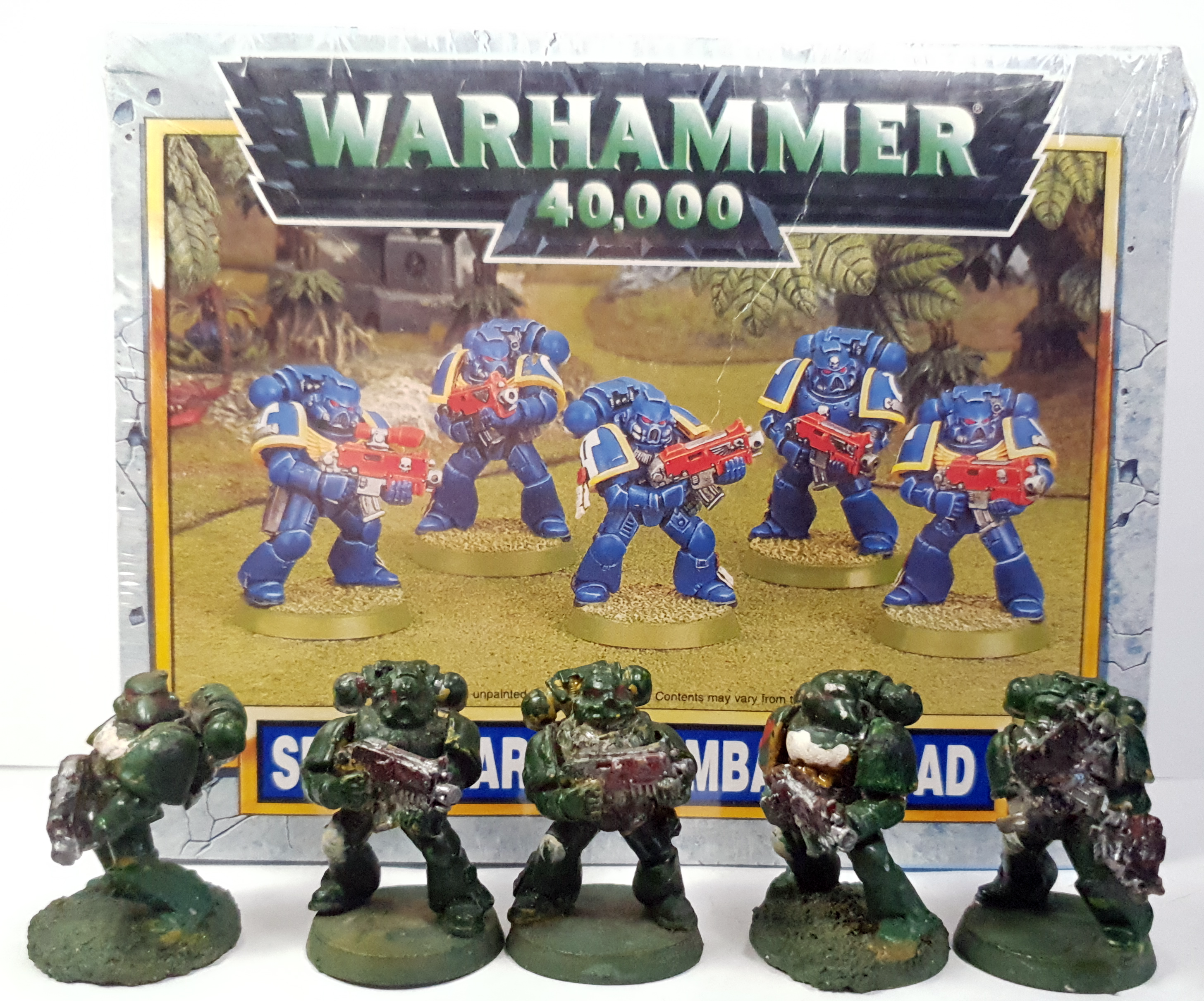 November 2018 is my 20th year in this hobby, so in a fit of slightly tipsy nostigala I picked up this a few months ago. 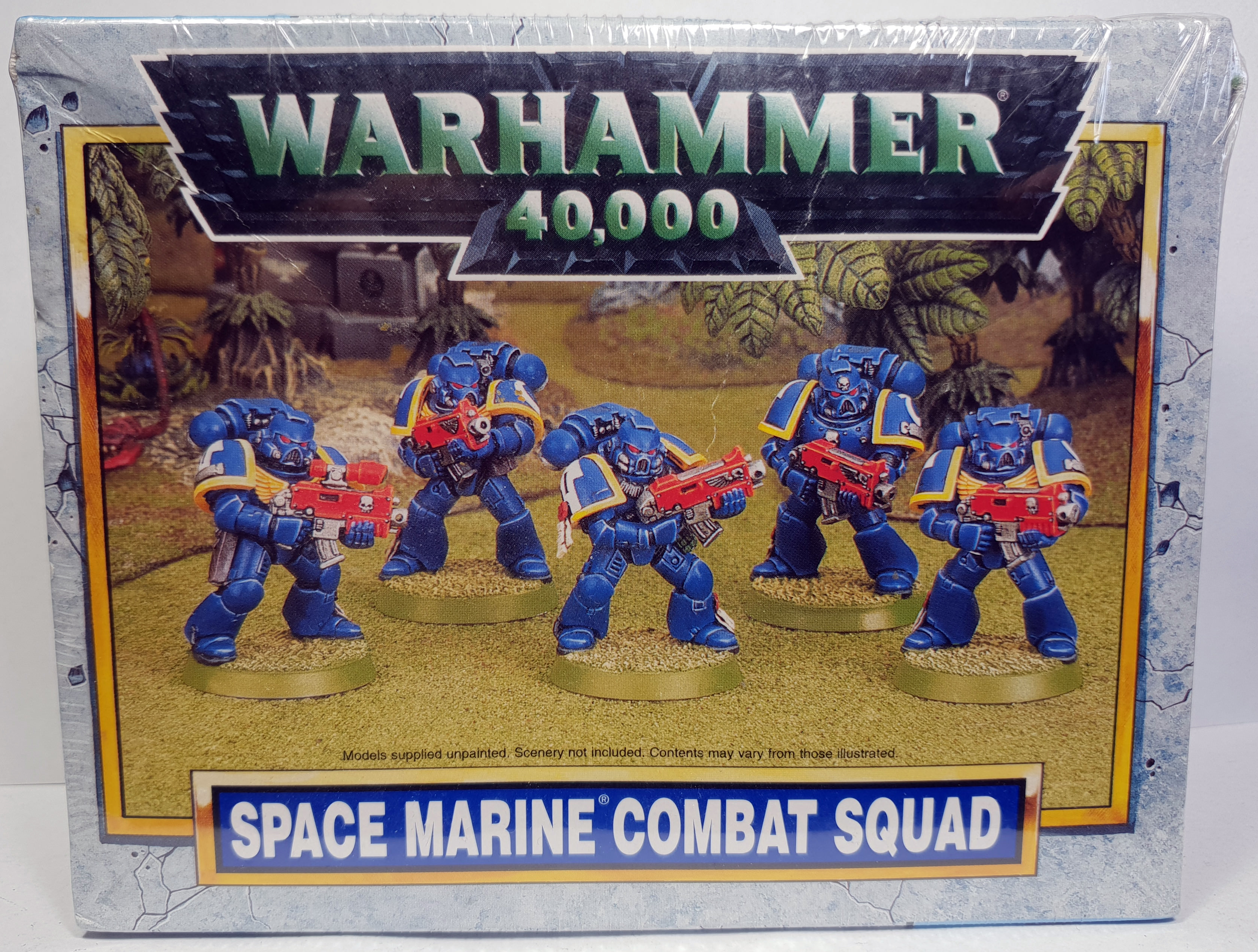 The stuff of dreams right there people. I like the meeting point of tailend 2nd Ed scheme with modern-ish looking marines.

If you have read this far, you are probably asking questions like “Why Coda, did you buy this vastly out of date box for a wildly inflated price?” and “Why Iam I still reading this and not literally doing anything else?” 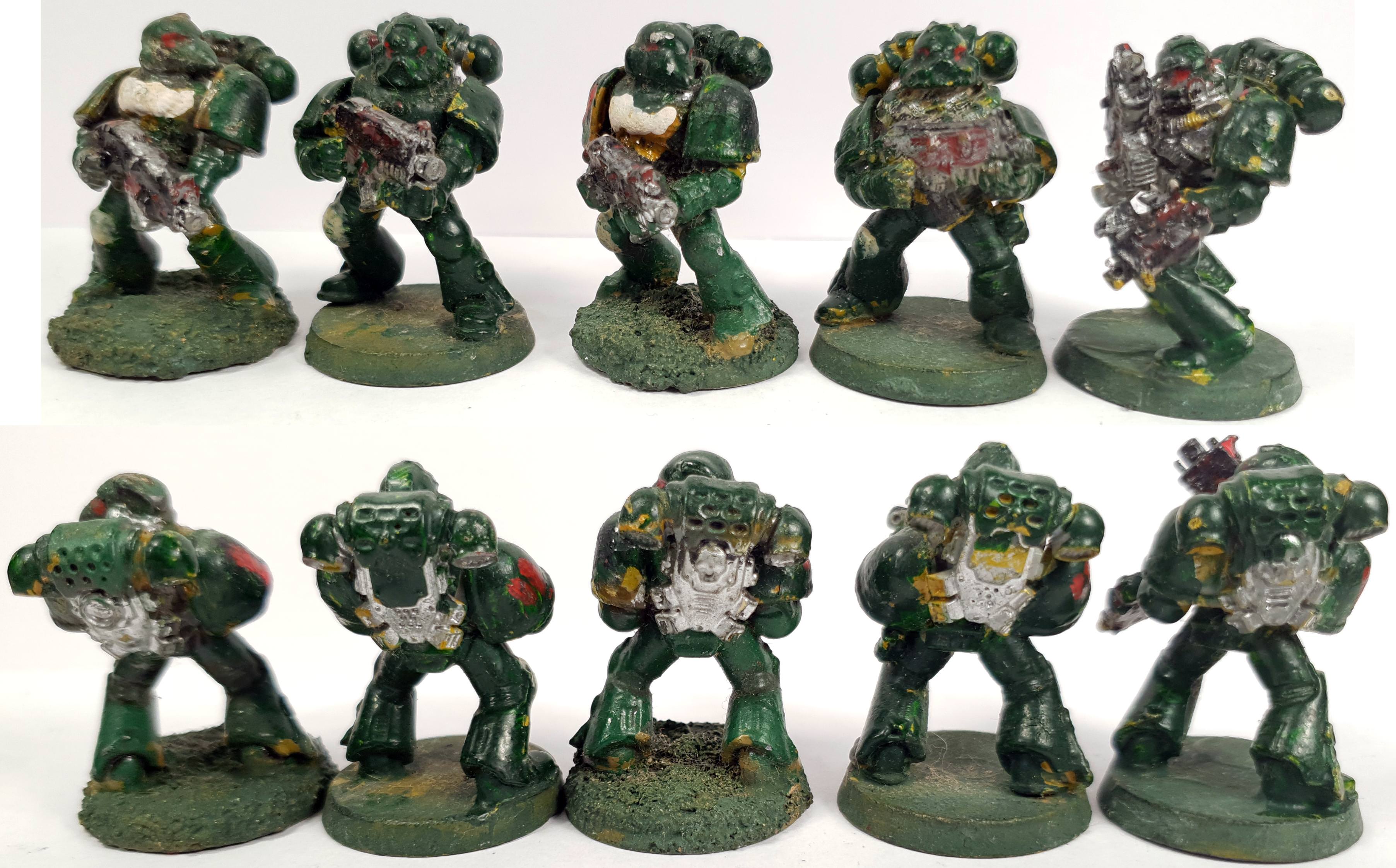 “killll meeeee now” – them and probably your eyeballs.

So there is a lot going on here with this paint job. Let’s break down the sequence of events that created these abominations.

Its fucking sand and pva. How I fucked this up I have no idea.

So what now? What is this series of posts going to be all about? 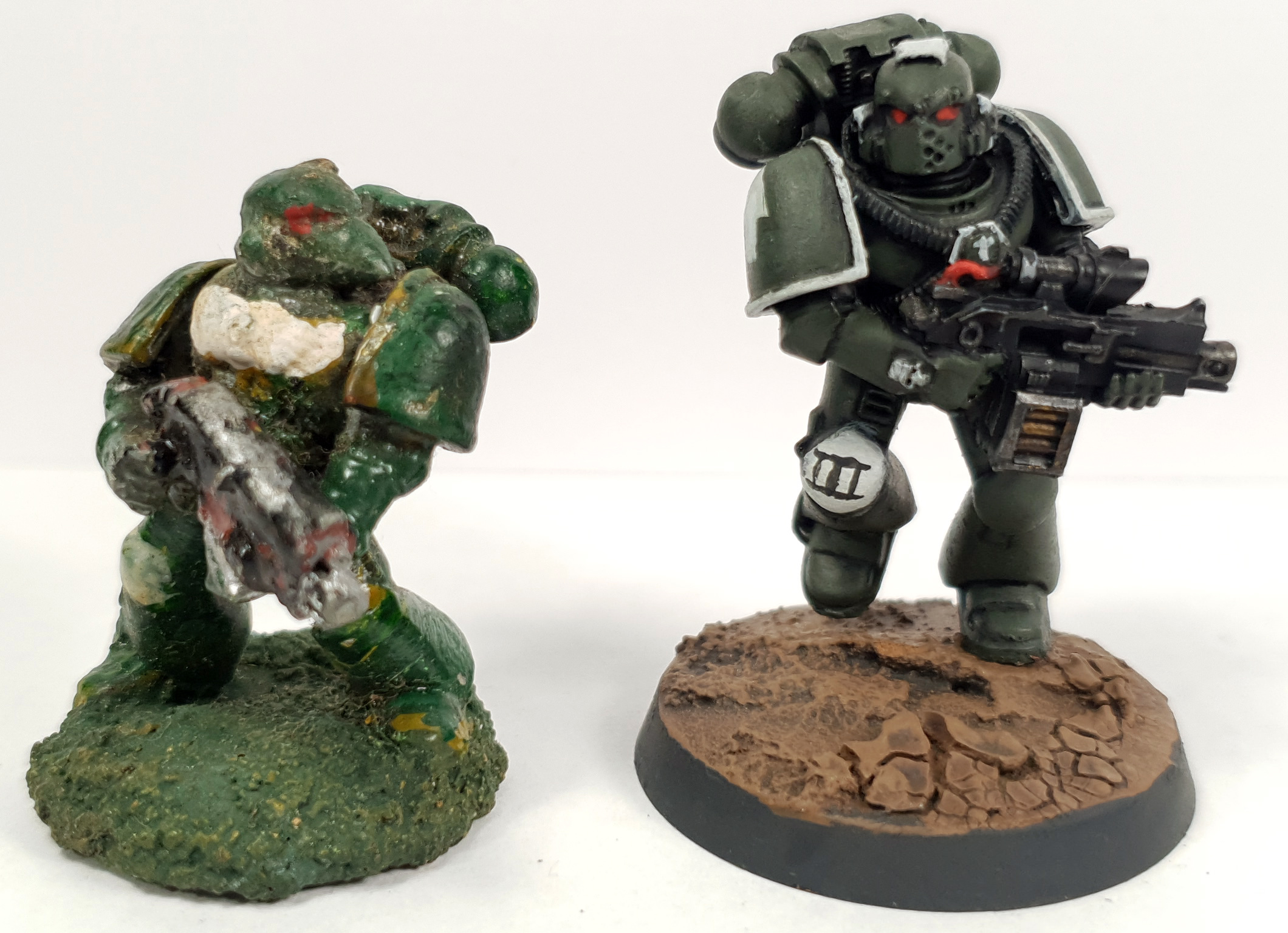 The Swords Of Davion are the realisation of 20 years of ‘this is the marine chapter I really want to make but never could’ . Their roots are directly tied to the model on the left. 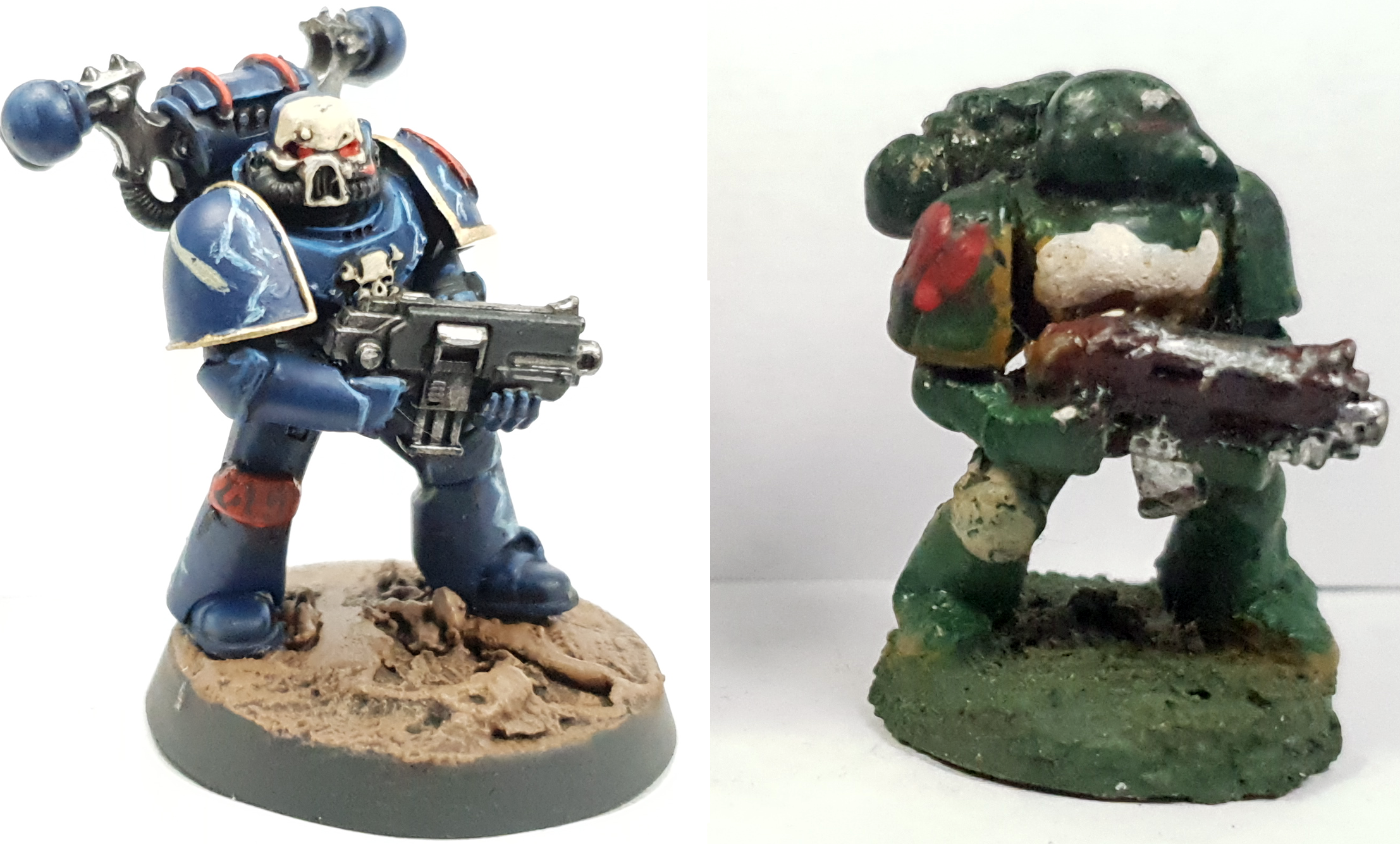 10 year old Coda: “That is a cool dude but have you thought about changing out the blue for you know, green?”

With that in mind I’ll need to start working on a paint scheme.

This is what 10 year old Coda wanted in his mind’s eye: 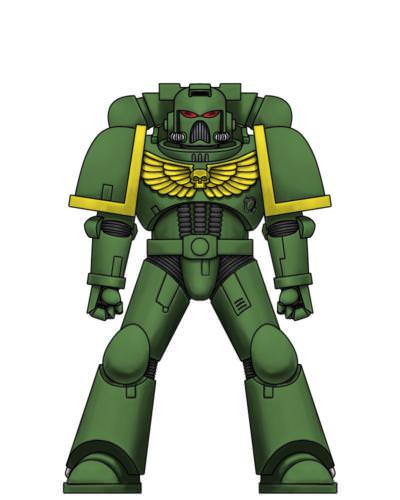 “GREEN AND GOLD LIKE THE AUSTRALIAN CRICKET TEAM, BUT MORE GREEN AND LESS YELLOW BECAUSE GREEN IS REALLY COOL LIKE HOW AN APACHE LONGBOW IS GREEN ALS-” – 10 year old Coda.

So the question that I have for you lot/myself is:

A: Do I do this verbatim or attempt to modernize it (ie. yellow trim to gold)? On that note do I roll with red guns or black?
B: 3801 NSWGR Special Green is a shitty colour to colour match. I’ll need to find a replacement. I do have some goblin green Instar Vintage reproduction or I can use modern CPS or Vallejo lines.
C: What content do you want me to cover with this?
D: I’ll need to cook up a chapter logo/name for these dudes. The Aurora chapter is similar enough to the scheme if I wish to go with something existing but it could be cool to think up something 10 year old me would appreciate and tie it into the Imperial Davonic Republics fluff 30 year old me has been generating.

Happy hobbying chaps, I hope you all enjoyed reading these ramblings.

Read the next part where I put the dudes together here:

Read the last part where I paint them here:

40k Bad Paint Jobs or is he? Space Marines