In today’s article we’re joined by Jack Harpster from The Art of War, who will be providing his thoughts on Grey Knights.

Grey Knights were lucky enough to have a decent stretch in 9th edition during which they could be considered the best army in the game. With decent matchups into the field, especially Drukhari, and an extremely flexible game plan as well as a first rate secondary in Purifying Ritual they were very successful for a few months. Unfortunately they started to fall off after the December dataslate, both thanks to adjustments and the release of new armies – they had a particularly bad matchup into Custodes, who were a particularly popular army upon release. However, with the release of the April 2022 balance dataslate they’ve received a whole new competitive lease on life.

The only change to Grey Knights themselves received was the addition of Armor of Contempt to reduce incoming AP by one. This is a phenomenal defensive buff, especially when stacked with Tide of Shadows; this turns interceptors in cover into highly durable threats. In addition, AoC is great on any unit with a 2+ armor save natively and especially good on any 2+ armor save unit that has access to the ability to further improve its save with bonuses. Grey Knights have access to both: Terminators make an excellent, durable troop unit now and Paladins have access to Armored Resilience, making them a unit many armies have no answer to. Neither of these units saw play before the update but have new life now with their increased durability.

While Nemesis Dreadknights are the only unit in the book that does not benefit from AoC they are still the only real source of fire support in the book and are still an excellent inclusion because of it. Ultimately while AoC was the only rule change that directly affected the Grey Knights, their biggest buffs likely came from indrect changes that made other armies in the meta weaker. 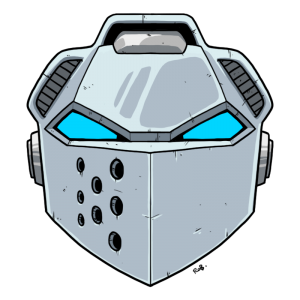 So how do Grey Knights stack up competitively against other armies in the meta right now? The answer is “pretty well, actually.”

Grey Knights match up well into a number of top armies in the meta. Their shooting profiles still rock into xenos and with the hold that Tyranids, Tau, and Eldar have over the current metagame, Nemesis Dreadknights can actually be a smart meta call. Grey Knights actually have one of the better matchups into Craftworlds as they possess the psychic offense to kill screening units and use Gate of Infinity to teleport units into the space those units were guarding and shoot the units the Eldar player was attempting to keep alive. Tyranids don’t have fantastic answers to Grey Knights at range, hopefully allowing Grey Knights some wiggle room to apply damage before being overwhelmed up close. With the new Tyranids’ raw power, that may be the most one can hope for. Taken together, both of those statements mean that when attempting to defeat xenos your best bet is to stay the course and keep Dreadknights in; however the more infantry-focused style of play still has legs into many of the current xenos threats.

The downside to receiving armor of contempt for Grey Knights was that other armies got it too. Grey Knights already had a problem dealing with 2+ armor save units in cover at range and that has only gotten worse. Outside of swapping some halberds for swords, there’s little a Grey Knight player can do to prepare for the Armor of Contempt menace. However, many armies with armor of contempt also struggle to do damage at range back into you, marines especially. With 40k being a zero sum game I think we can call that one a wash. Custodes are still Grey Knights’ hardest matchup but are far less prevalent at tournaments and thus a lot less of a concern. Honestly, the plan of “Have good matchups into xenos and outplay the rest” is a fine one and a better one than what many AoC armies have currently.

Building for a New Meta

If you’re building a Grey Knights army right now, your biggest question is “Who do I tech against?” The current top dogs are all Xenos – non-Armour of Contempt armies that reward playing Dreadknights while some of the most popular marine factions received near total immunity to your firepower. I tend to lean more towards countering what the top armies are trying to do while accepting a less-tailored game plan into the weaker armies. With this in mind I still recommend sticking with Dreadknights to gain significant ranged firepower that Grey Knights otherwise lack.

This list, while similar to the lists from before the dataslate, still does good work. The list is especially well positioned to deal with the current xenos threat and packs a heavy punch up close with the swap from Swordbearers or potentially Prescient Brethren to Rapiers. It’s important against both other Armor of Contempt armies and Tyranids to have that melee damage as against other AoC armies Dreadknights will struggle and Tyranids are difficult targets for your shooting to kill by itself. I’ve tested the Terminator-centric builds into Tyranids and have found that they don’t have the damage to stop the bug menace from running you over without a few rounds of shooting to soften them up. Overall, I feel confident that Grey Knights have gotten a significant shot in the arm and are well positioned for the current meta – and I’m excited to see how they perform at events..

That wraps up our look at Grey Knights, who are in an interesting spot competitively and poised to do well. We’re almost done with our faction focus series now, but stay tuned for one or two more articles next week.