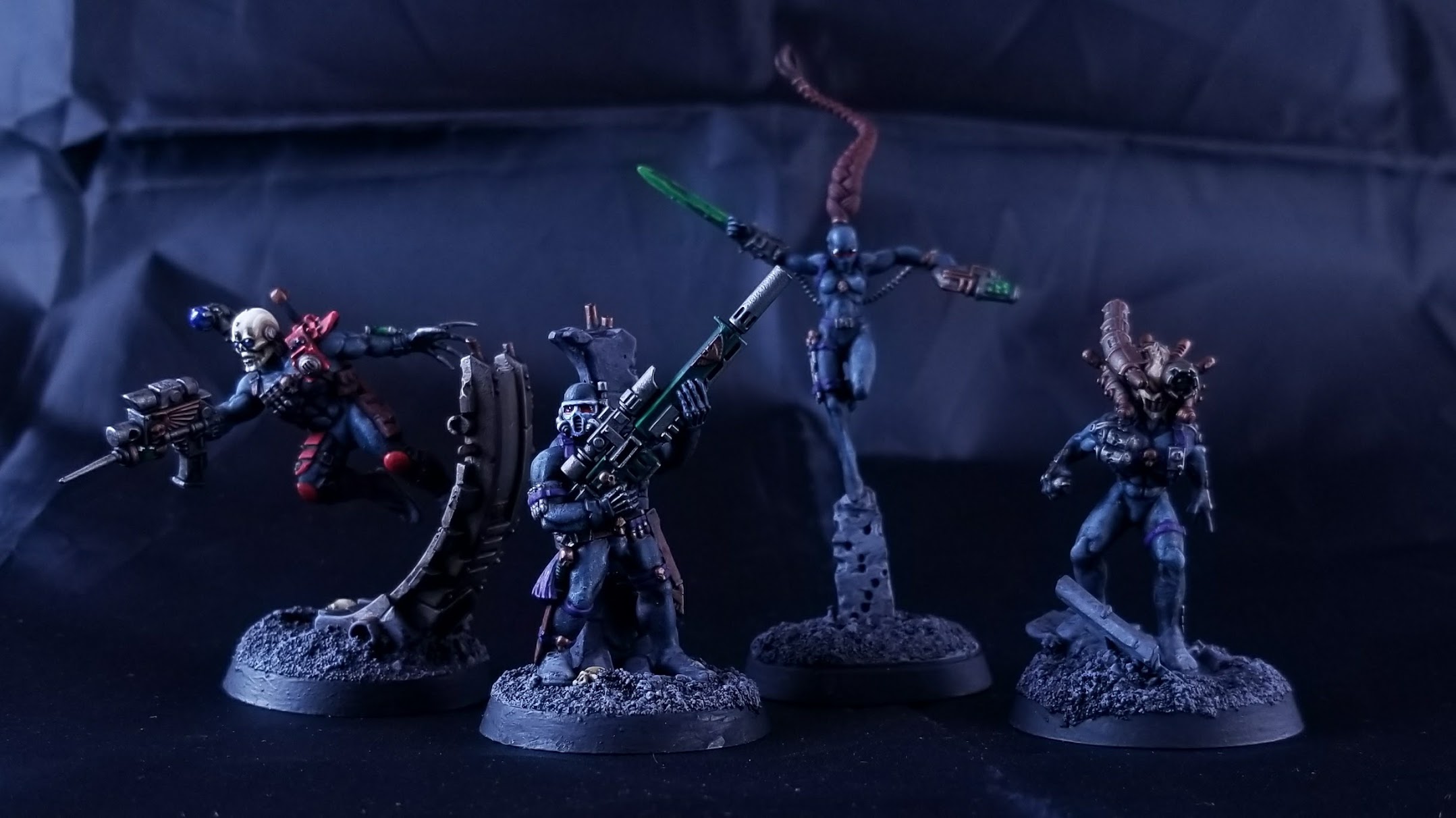 9th edition is out in the wild, and with it a whole raft of changes to the factions of Warhammer 40,000. We know what you’re thinking: “Assassins? They aren’t a faction!” Well, we’re still working on some of the other faction focuses and they need more time to bake, so to speak. So today we’re talking about Assassins.

Assassins got a major overhaul midway through 8th edition thanks to the release of a White Dwarf Index article that updated their rules and gave armies the ability to add assassins at the start of the game with the Operative Requisition Sanctioned Stratagem. With the release of Psychic Awakening: War of the Spider, Assassins got an updated set of rules to replace those, changing how armies are constructed with them and updating their costs, taking them from 85 points per model to 95 – a cost that then ticked up to 100 in the Munitorum Field Manual’s points update.

So how do these shadow operatives fare in 9th edition? Let’s dive in and find out.

The Rules & The FAQs

One of the big changes from War of the Spider was the removal of Operative Requisiton Sanctioned, which allowed armies to spend 2 CP to pseudo-summon an Assassin pre-game without spending a relic or Roster slot on it. With the new “declare everything during army building” rules, that wasn’t liable to fly and so War of the Spider conveniently future-proofed its rules by changing how Assassins fit into Imperial armies and removed the Stratagem. The basic method of inclusion for an Assassin is now a slightly tweaked version of the Inquisitor rule and is tied to their new AGENT OF THE IMPERIUM keyword – you can include one in a Patrol, Battalion or Brigade detachment without using a force organisation slot, breaking any detachment rules, or breaking army rules relying on shared keywords (such as Combat Doctrines).

So now the Assassin is an official part of your army. If you were worried about losing the flexibility of choosing an assassin based on the opponent, that’s also not an issue, since you can use the Shadow Assignment Stratagem before the battle begins to swap your assassin for another one as long as your army contains exactly one assassin. This lets you get the best of both worlds with your Assassins, avoiding the CP cost and tailoring your choice of assassin to the threat your opponent’s list presents. A big part of assassin play is going to revolve around how these decisions are made and we’ll talk about that in a moment.

Doing this would be fantastic, as it would allow you to take the Assassin you think is going to be the best in most games and only paying to swap them out (still 2 CP) when you absolutely need to, and if you want more you can now take multiple Assassins without doing an entire dedicated Execution Force and taking another Detachment. Now I say “would be” here because currently, the rules for this do not actually work. The mission rules in 9th edition specify that non-random “before the battle” abilities and Stratagems now happen after deployment, which means that if you use the Shadow Assignment Stratagem, it has no effect – the model you’d replace is already on the table. This is obviously stupid and broken and unintended, so my personal recommendation to you is that you make this decisions after choosing a mission, at the same time you’d roll for random abilities under the rules.

Despite this issue – that will likely get fixed in an FAQ – the news is mostly positive for Assassins in 9th as it relates to army building. Where things are not so rosy however, is with the Look Out, Sir rule, which changes how character targeting works and in particular hurts the Vindicare Assassin, both offensively and defensively. Offensively, the Vindicare’s Deadshot rule now only lets him ignore the Look Out, Sir rule, which will allow him to target characters under the rule’s protection, but won’t help him bypass other protective stratagems such as Self Sacrifice, Conceal, or Cloud of Flies. Defensively, characters now need friendlies nearby to become untargetable, so a Vindicare sitting alone on top of a building is now suddenly very exposed, with the further kick in the teeth that their current defensive rule giving -2 to hit them when they’re in cover doesn’t really help that much in 9th, with modifiers capped at -1. So your lone Vindicare will need some babysitting to avoid getting killed early on. The Callidus and Eversor do not suffer quite as badly, as they’re more likely to be used as a “fire and forget” piece or left in the thick of it, though they also could be reactive to things trying to deep strike into your backline.

With the rules out of the way let’s talk about using these assassins. The biggest choice you’ll have to make now will likely be “which one of the four do I want to be my ‘default’ in the army,”. You’ll run most games with that assassin and swap them out for specific match-ups. The most likely answer here is going to be “run the Callidus and occasionally swap her out, depending on the match-up.” Let’s dive into each assassin to talk about why. 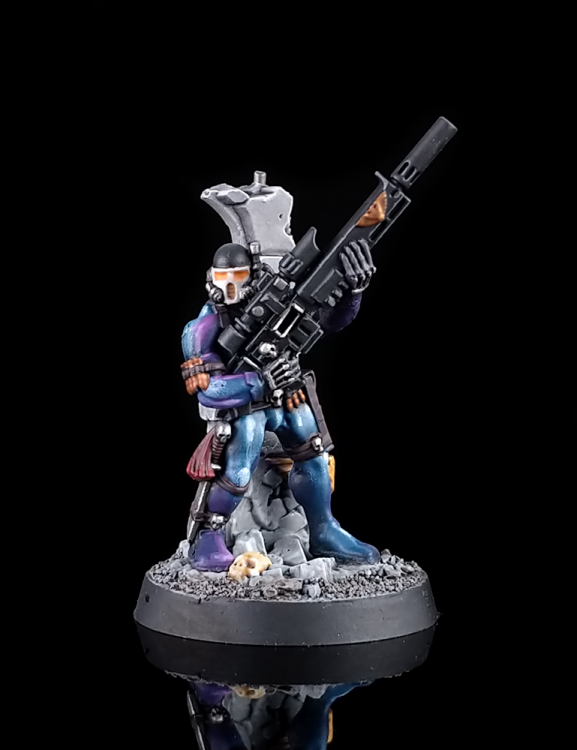 The Vindicare takes the biggest hit in 9th edition, thanks to the aforementioned changes to character targeting with the Look Out, Sir rule. They’ve still got some value if you have a reliable artillery piece that can babysit him, such as a Relic Contemptor or a Thunderfire Cannon or a Wyvern. If you are taking the Vindicare, it’s ideally against a character-heavy army with lots of targets that you can score points off of with the Assassinate and/or Abhor the Witch Secondary Objectives (ideally both), and you have a way to protect him from being shot. 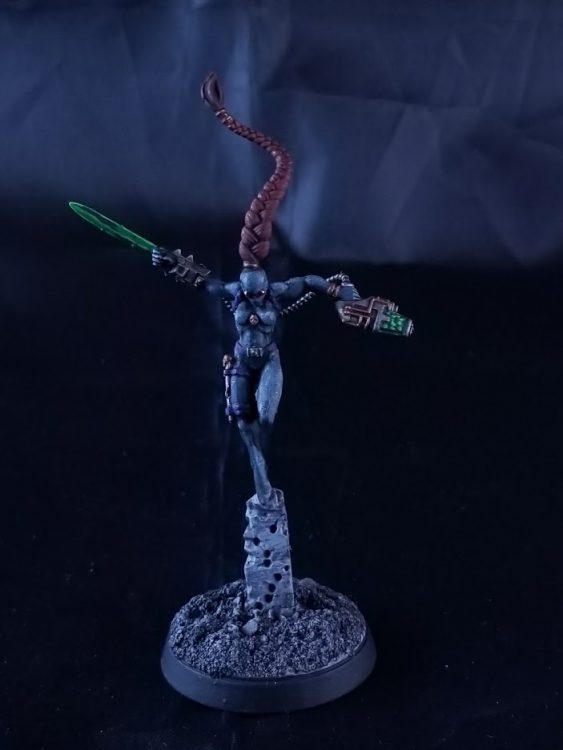 The Callidus is going to be your go-to choice in 9th edition as the “baseline” assassin. Her ability to disrupt the opponent’s strategy with Reign of Confusion is still excellent. Her ability to shoot and charge after making a Fall Back move lets her move in and out of combat, so you can shoot up enemy targets appropriately. Finally, Polymorphine will be most useful when it allows you to disrupt an opponent’s plans holding an objective, or ambush a character in the rear of the army, and as long as you’re going after targets with T4 or less, you should be fine.

The Callidus is at her best when you expect your opponent to use a lot of stratagems in the first battle round or has a character they simply can’t afford to lose but also dials down in effectiveness if they have to stay closely bubbled for a few turns, and is even better when an army that meets one of these criteria also has vulnerable back-line objective holders she can harass once her other features stop being relevant. She’s not as good at killing as the other three assassins though, so if you’re up against a horde that isn’t as reliant on characters or won’t generally have characters you can get to, you may want to consider swapping her out for a Vindicare or Eversor. 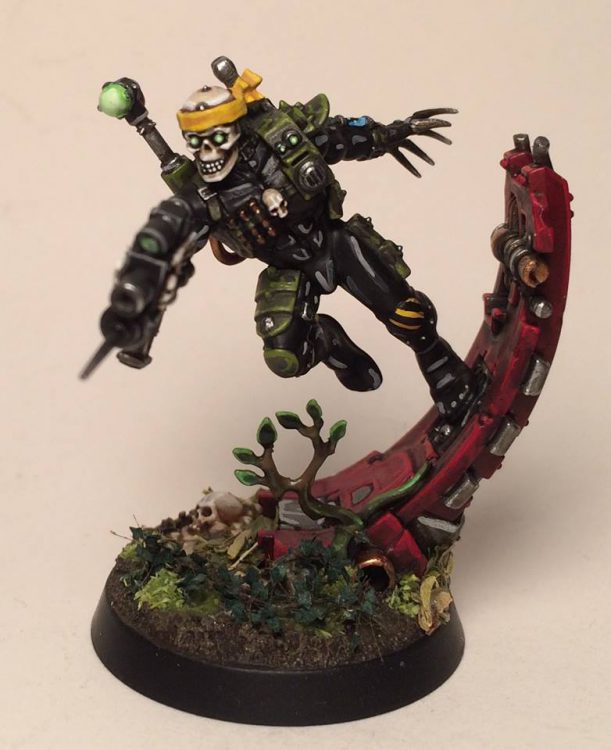 It’s a little unclear where Eversors sit right now; in theory his schtick of charging onto an objective and killing everything on it to flip control to your side is better in 9th edition, which places an emphasis on being able to flip objectives to score primary objective points and prevent an opponent from scoring, but in practice the meta seems to be shifting towards either super-tough elite units and large, difficult-to-kill swarms which hurts his effectiveness a lot. He’s potentially a good sweeper for dealing with units you’ve softened up with blast weapons, and while he can do some nasty work in combat, he’ll struggle to completely clear some of the hardier, multi-wound infiltrating objective holders like Primaris Infiltrators and Nurglings, where having only a 1-damage melee weapon is going to limit his kill count.

Where the Eversor may still prove helpful is acting to counter-charge units that arrive to charge out of deep strike, so if your opponent is running Bloodletter bombs, they’re a perfect target for the Eversor’s horde-clearing capabilities. Though the difficulties wrapping units in 9th make this less of an issue you’ll need to worry about. 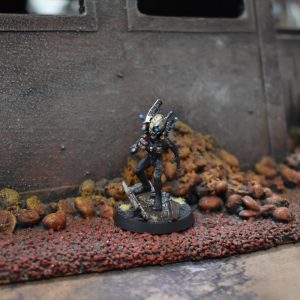 The Culexus benefits the most from the new rules, since the changes affect them the least, which is good because they were the weakest of the four assassins before. Now, however, there’s a real case to be made for them: First off, the Culexus Assassin is still an incredible pain to kill, thanks to the Etherium special rule, which sidesteps the new shooting modifier rules by just making the attacker’s WS and BS 6+. Second, he completely avoids the targeting changes that hit the Vindicare – the Culexus Assassin’s Psychic Assassin rule remains unchanged post-FAQ, allowing him to target a psyker regardless of effects that prevent targeting outside of Look Out, Sir. Third, and potentially most importantly, the addition of the Abhor the Witch secondary has a warping effect on the game and army construction that benefits the Culexus. Let me explain.

Abhor the Witch – which a player can take only if their army has no psykers – allows players to score victory points for killing Psykers. 5 VP if the Psyker is a character, 3 VP otherwise. This is huge, and means that an army with 3 Psyker characters has to worry about giving up 15 points to an opponent for doing something that was already part of their game plan, and even with 2 psykers they may be giving up points too easily (if they can be targeted). This is a major issue for Chaos Daemons, Thousand Sons, and Grey Knights armies, and will likely be an issue for Eldar, Death Guard, and Chaos Space Marines as well, depending on how they’ve built their armies. There are some options for players going up against psyker heavy armies: players with armies that aren’t heavily dependent on psykers are incentivized to take either two psykers – if it’s very important to their game plan – or zero, so they can choose Abhor the Witch as a secondary.

If your army doesn’t have psykers, you’ll have a no-brainer secondary pick when you see certain armies on the other side of the table. On the downside, you’ll also be somewhat defenseless against your opponent’s psychic shenanigans, unless you’ve got another way to disrupt them, such as with stratagems that allow units to Deny the Witch. That’s where the Culexus Assassin can come in, using his Abomination aura ability to force psykers within 18″ to subtract 2 from their Psychic tests, significantly reducing the odds of successful casts as you close the distance to murder them with your Animus Speculum. The Culexus can also be a good supplement for those anti-psyker stratagems and abilities to give you further cover.

That wraps things up for Assassins, who remain deadly threats in 9th edition. As always, if you have any questions or feedback, drop us a note in the comments below or email us at contact@goonhammer.com.